Deborah Harvey Poetry
Bristol , United Kingdom
My fourth poetry collection, The Shadow Factory, was published in 2019 by Indigo Dreams. I am co-director of the Leaping Word Poetry Consultancy. https://theleapingword.com

The art of critiquing poetry 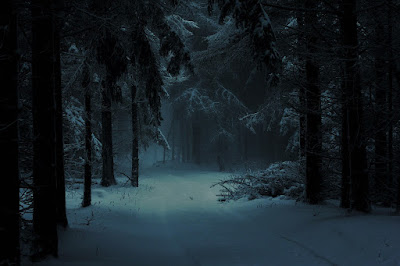 It’s been nearly a year since we held our last monthly Leaping Word poetry group meeting in the light and airy music room in Bristol’s Folk House, before the first lockdown was implemented. I don’t believe even the most pessimistic of us there that day imagined that we would still be living and writing in varying degrees of isolation all this time later.

We’ve kept our poetry groups going by email and Facebook group, with the occasional Zoom meeting for good measure. When we first came up with the idea of weekly prompts and feedback for the duration of our exile, again I don’t think we anticipated the situation lasting to the point where we have now received and critiqued several hundred poems. But it has kept us and our poets busy and out of mischief.

In the summer I had a rush of blood to the head and have now embarked on an MA in Creative Writing at Manchester Writing School, and one of the modules requires us to … yes, critique each other’s poems. And because you can never have too much practice, here’s one written just for fun.

Thank you for sending us your poem, ‘Stopping by Woods on a Snowy Evening’. We think this is a promising early draft.

You set the scene well. The narrator is making a journey, accompanied by a horse pulling a sleigh. It is evening and there is snow. Nearby there are woods, and at a distance a village. The narrator pauses and then considers continuing his journey.

You capture this opening scene with such precision that it is a surprise to the reader when the poem fails to progress beyond it. We wonder if you have been struck by writer’s block or had a particularly busy week? Have you considered having something happen in the poem? Maybe there could be an attack by a highwayman, or a chance encounter with a young man and his heavily pregnant girlfriend, who are from out of town and need a lift to a nearby inn? Who knows where the story could go from there.

We have a few specifics to draw to your attention.

First, the title. We don’t think it’s working hard enough for you. You could use it to locate your poem more precisely, as in ’Stopping by Michael Wood just outside Thornbury on the M5 northbound on a Snowy Evening’, or add an air of mystery by calling it ‘The Numinous Snow’.

In the opening line, the inversion feels very archaic to us. It would sound far more natural if it read ‘I think I know whose woods these are’. Of course, you would then have to alter the entire rhyme scheme of the poem, but it needs attention anyway, as ‘though’ at the end of the second line is clearly there just to rhyme with ‘know’. In fact, end rhymes are rather old-fashioned, as is the tum-ti-tum metre of the poem. You could really add interest by breaking the poem up with some enjambment and the addition of internal and half-rhymes.

In line 1, stanza 2, ‘queer’ is a somewhat problematic choice of word. At best, you risk wrong-footing your reader; at worst, it’s cultural appropriation. And of course, making assumptions about what the horse is or isn’t thinking is an example of anthropomorphism and best avoided.

Lines 3 and 4 of this stanza are superfluous. You have already mentioned the woods, and the frozen lake is irrelevant to the action of the poem as it stands currently.

It is frustrating that although you return to the horse in stanza 3, its potential is not fully explored. The harness bells add a picturesque, almost whimsical touch, but we know nothing of the animal itself. What colour is it? Does it have a name? There is so much more interest that could be added at this point.

In the final stanza, the repetition of the last two lines makes for a slightly weak finish. We suggest you substitute line 4 with something like ‘in a Berni Inn that’s clean and cheap’.

Finally, Bob, we hope you don’t mind if we point out that you’ve been writing rather a lot of these little New Englander poems lately. They can only ever be of local interest. Have you thought of writing something more culturally appealing, such as a riff on Love Island? Or a poem on a theme everyone can relate to, like picking up a prescription on a Saturday with the kids in tow when they’d rather be flying their kite? You could call it ‘Shopping in Boots on a Blowy Morning’.

All the best with it, Bob. We think you have the makings of an interesting poem here, and look forward to seeing a much later draft.

If you write poetry and are interested in feedback for your work and/or help with getting a collection together, do contact us on admin@theleapingword.com.

Posted by Deborah Harvey Poetry at 17:58