The Woman Who Mistook Her Jumper For A Hat ... 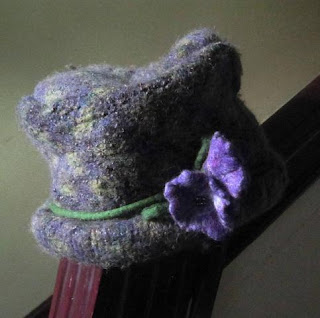 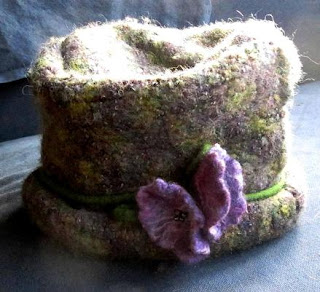 Email ThisBlogThis!Share to TwitterShare to FacebookShare to Pinterest
Labels: make do and mend, making a sow's ear out of a purse, millinery

Communing in an Oxfam Bookshop

I popped into my local Oxfam Bookshop the other day and as I was perusing the poetry shelf, I noticed a signed copy of my own collection, Communion, rubbing shoulders with Thomas Hardy and Seamus Heaney.  I didn't know what to think at first.  Should I feel pleased, outraged, discouraged or amused?

I settled for amused, although I couldn't help wondering who'd taken it there.  I'd recently done a couple of readings in the nearby church, where I'd signed and sold books, so it was likely to be one of those.  And yes, that made sense, I told myself, because all the attendees were pretty old and old people don't tend to hang onto stuff like younger people do.  They would have read it and then taken it to the shop with a pile of other books, so that when they died their relatives wouldn't have loads of sorting out to do ... yes, that would explain it.  And I smiled at the thought of my books seeking their fortune, their poems wrapped up in a red kerchief with white spots and tied to a stick over their shoulders ...


... and two days later, I went back and bought it.  I shall use it as a reading copy, and every time I open it, I shall remember a) whom it was snuggled up between on the bookshelf, and b) to stay humble.

Posted by Deborah Harvey Poetry at 19:27 No comments: 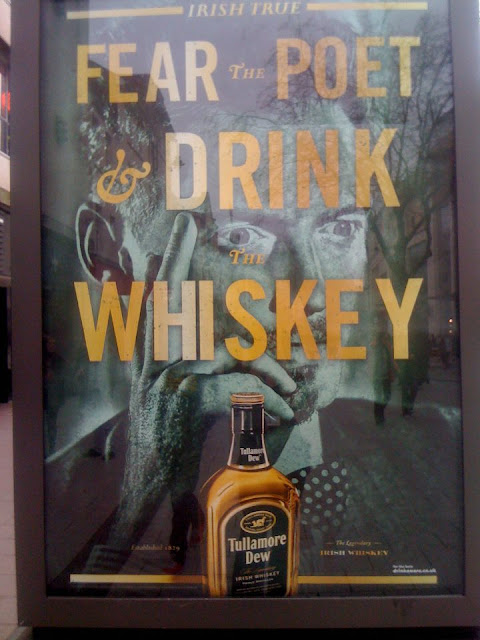 Two of my favourite things ...
Posted by Deborah Harvey Poetry at 14:07 No comments:

It's been a great few weeks for getting out and about and soaking up a bit of culchurr.  In addition to King Lear, I've seen a second local panto (with my Art Critic for filtonvoice hat on), Elmfield School for Deaf Children's wonderful Musical 'Around the World with Elmfield', and a startlingly good production of 'Spring Awakening - The Musical' (now who'd a-thought?!) at my son's college.  For a lad who once played the part of an aphid in his primary school play, my boy shone and I was really proud of him and his lovely singing voice. And there's another of my university set texts on at the Tobacco Factory next month, namely, Chekhov's The Cherry Orchard, which I'm really looking forward to.


I've also been to Cardiff to see an exhibition of work by John Piper and David Jones, and am savouring the prospect of another featuring work by Eric Ravilious at the RWA.  Tomorrow night - or rather, later today - I'm attending a free lecture at Bristol University by Al Alvarez, with poetry readings by Edward Lucie Smith, Tom Raworth and John Fuller. 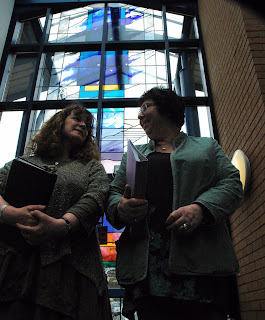 This afternoon saw my final poetry reading in a series of five over four weeks.  (In fact, I think that constitutes a tour!)  I was guest poet at Can Openers in the Bristol Old Vic at the beginning of the month, I read five poems as part of Voices in the City at Bath Literature Festival, and also did three smaller gigs, finishing today with a joint reading for International Women's Day with Hazel Hammond at Filton Library.  Our poems were accompanied by photos by Alison Wills. I enjoyed collaborating with Hazel and Alison - our work dovetailed nicely and it almost felt more like having a conversation with friends rather than reading our work.  And unlike at Can Openers, this time I didn't forget to take my poems with me!

I'll be reading again in Bath next month as part of the Poetry Cafe's Bloodaxe Day, and later in the year at the Acumen evening and the portraitswest project respectively.  I also hope to venture further afield to read in Bradford on Avon in due course.

And then there's the Bristol Spring Poetry Festival coming up in a few weeks.  Hooray for poetry and Poetry Can!! 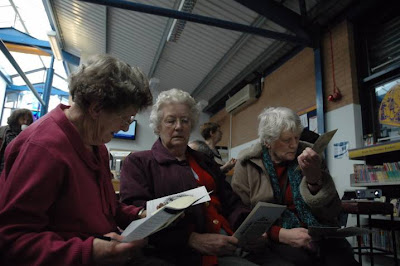 Photos of me with Hazel Hammond, and my mother and two of her sisters by Dru Marland.

Posted by Deborah Harvey Poetry at 00:44 No comments:

To Dartmoor and Beyond 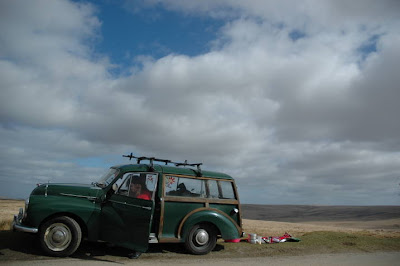 Dru and I went down to Cornwall the day before yesterday, via Dartmoor the Beloved.  Here's a link to her blog about our trip.

And some more of her wonderful photos ... 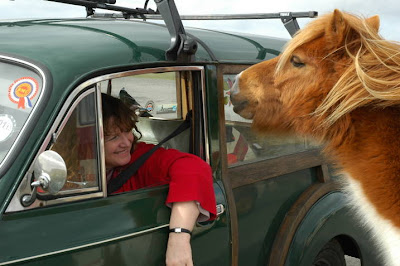 We thought it would be good to have a photo of me on the moor for the back of my novel, 'Dart', when it's published by Indigo Dreams in the autumn.  It will probably be one of these ... 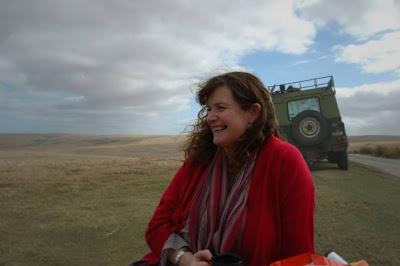 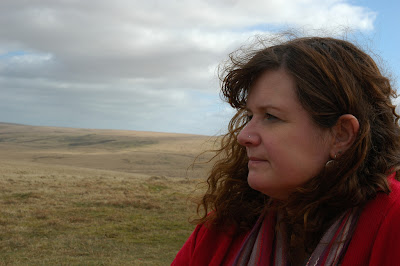 Thank you to Dru for driving all the way to Callington and back, to my cousin, Hilary of Goodwood Emporium for picking up and storing the armchair we bought off eBay for my father's 90th birthday tomorrow, and to my Auntie Gill for tea and Battenburg cake!