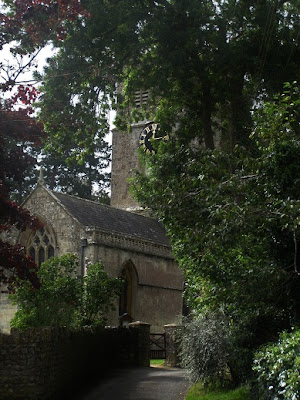 Off to Priston near Bath today to see me old mucker, Reg Meuross, who was playing this year's festival on the village green.  But first a little diversion to the Church of St Luke and St Andrew ... which was padlocked shut, boo hiss.  Though I suppose it's sensible when the village is flooded with outsiders and attention is focused elsewhere. 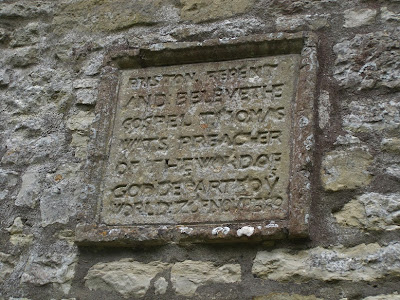 I did see the panel above the door which reads 'Priston repent and believe the gospel. Thomas Watts Preacher of the word of God Departed ye world the 20th November 1589 ...
... but not the ancient stone coffin inside, which was found in a nearby field in 1917.  Apparently it housed the body of a woman with bronze bracelets on each of her arms.  Lamentably, some of the hundreds of sightseers at the time threw stones at the coffin, which had already been damaged by a pickaxe during its excavation, and broke the lid.  It is said that they confused 'Roman' for 'Roman Catholic'.  Hmmmm.  Ah well, it's not too far away for a return visit. 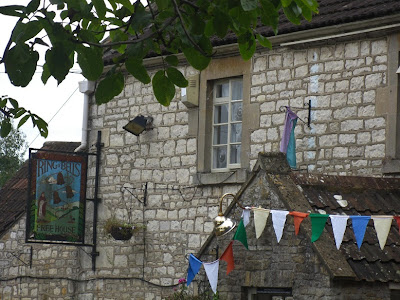 After an excellent pint of Bounders Cider and an excellent gig by Reg, we wandered back up towards the church where I'd spotted something extraordinary earlier.  A set of staddle stones not lining the drive of some rich toff but actually doing what staddle stones were designed for and that is holding aloft a granary.  Except, its owner informed us from the other side of the garden wall, it's known as the apple store, and we agreed that it seems odd to go to so much trouble to store apples away from vermin, as opposed to the precious and vulnerable grain harvest. 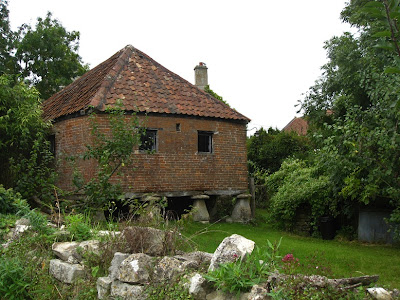 The store, which dates from the 17th/18th century is in a perilous state of repair, despite the fact that it is a Grade II listed building.  Unfortunately listed status doesn't mean that there are funds forthcoming to preserve it for posterity.  I could only suggest rather lamely that maybe the owner should approach the National Trust, as I'd never seen anything quite like this - a bit of local Somerset vernacular that surely merits intervention. 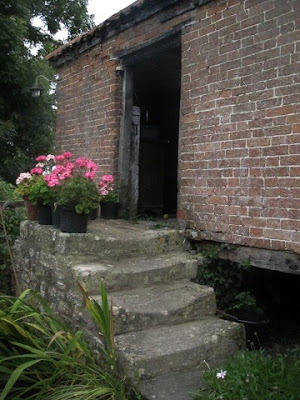 We were even allowed up the beautiful worn steps to have a poke around inside, where we heard the sad story of a previous owner who used it to store her coal, and who, one night, went outside to collect some for her fire, only for a barrel of cider to roll on top of her.  She died of her injuries shortly afterwards. 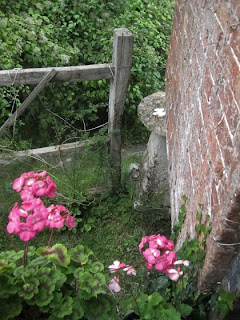 Despite the warning inherent in such a sad fate, I determined that such a place would be an excellent writing space.  If I don't get a narrowboat or a Romani caravan - you know, when my ship comes in - I think I might settle for an apple store on staddle stones in a secluded village in the south-west of England. 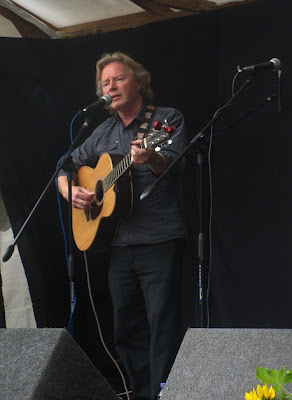 Here's some pictures of Reg to finish off with,  doing what Reg does best ... 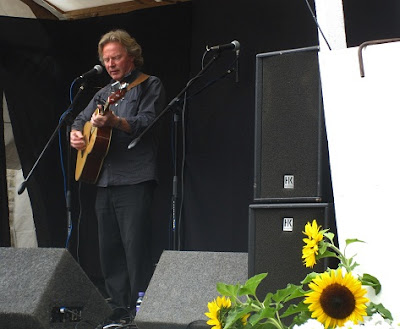 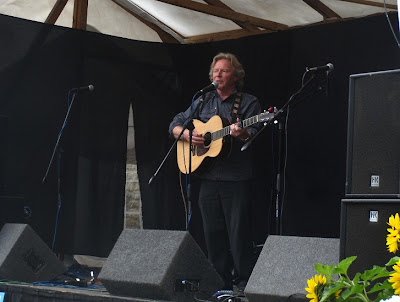 ... despite an occasionally less than attentive front row audience ... 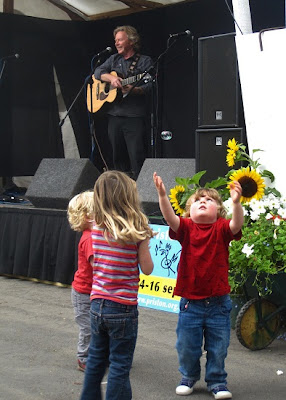 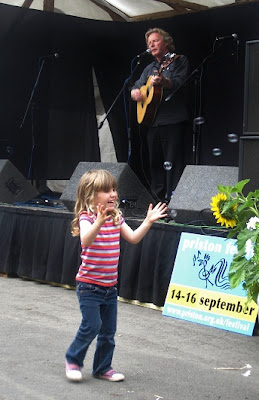 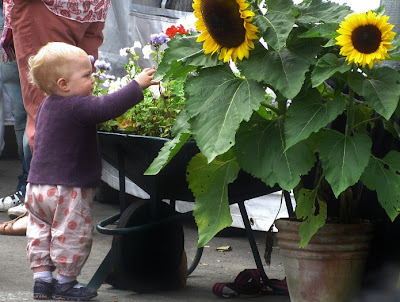 Posted by Deborah Harvey Poetry at 18:56