Here's a short review I wrote for the local rag. With added pictures.

What delight for lovers of art in Bristol this summer!  You have until the end of August to get up close and personal with the ‘Father of British painting’, William Hogarth, and up close is really where you want to be, taking in details such as the tears in Sigismunda’s eyes as she mourns her slain lover, Giuscardo, whilst clutching a beautifully embossed golden goblet containing his heart to her own, or the foaming cataracts of white lawn worn by Thomas Herring, Archbishop of Canterbury, who inexplicably disliked his portrait.  I was struck by the humanity Hogarth sees in his sitters, from servants to aristocrats, and conveys to the viewer through fluid brushstrokes. 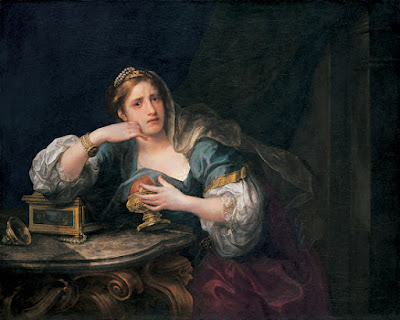 Sigismunda mourning over the Heart of Giuscardo, her murder'd husband 1759 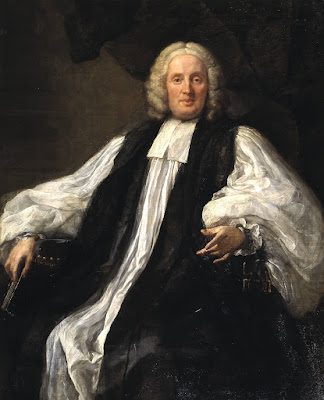 I have to say I was disappointed that Hogarth’s stunning triptych, originally painted for St Mary Redcliffe, was not included in the exhibition – at least until I read that it is way too high to fit into the ground-floor exhibition gallery. 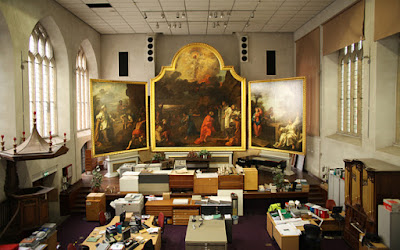 However, it is possible to see it on Doors Open Day or by appointment in its current home, St Nicholas Church, where it rises in incongruous magnificence above the computer screens of Bristol Archaeological Services, also now housed within.

James Ravilious, whose work is being exhibited at the RWA until 6th September, travelled North Devon photographing rural scenes for the Beaford Archive in the 1970s and 1980s. 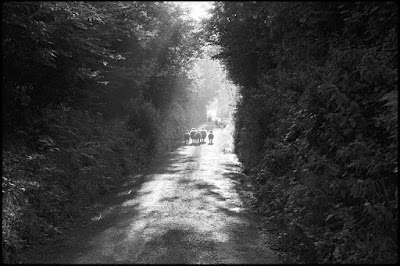 His work is almost exclusively monochrome, which might seem perverse given his subject matter, but which gives his work a timeless quality. His photograph of sheep lost in a lane could have been taken at any point in the past hundred years, and his portraits of people absorbed in their tasks can be dated mainly by what the subjects are wearing. 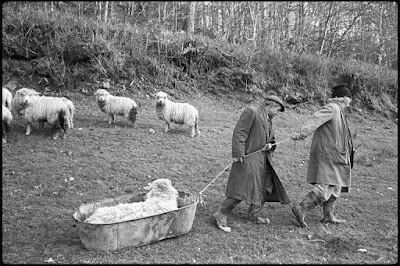 Many of his images now verge on the iconic – odds are you’ve seen a reproduction of Archie Parkhouse and Ivor Brock dragging a sick ram across a field in a tin bath in a card shop – but this exhibition give you a chance to see some of his less well known work too.  I particularly enjoyed the movement of swifts swooping across in a lane, a young lad viewed from the church tower as he runs for the school bus, and a barking border collie outlined by the sun. 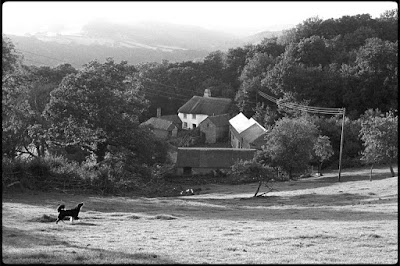 While you’re at the RWA, don’t miss sculpture by Peter Randall-Page and Kate MccGwire, and an exhibition of work by the Newlyn School and Other Artists also.

Posted by Deborah Harvey Poetry at 22:24