I've always been a bit ambivalent about Bath. I suspect this dates from when I was 11 and found myself confessing to the well-to-do mother of a schoolmate that I'd only been there once before, on a school trip to visit the Roman Baths.  Given its proximity to Bristol, my cultural ignorance appalled her.  She also corrected my vernacular pronunciation (Baath) to the far more acceptable 'Bahth'. (They do like their blood sports, the middle classes, and a working class girl new to grammar school was clearly fair game.) 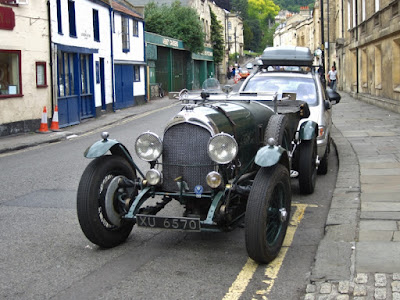 The one area of Bath I do like is Walcot Street, although these days the same corporate mindset that has rebranded Bristol's Counts Louse as 'City Hall' and parts of the centre of town as 'Old City' calls this area of Bath 'The Artisans' Quarter'. And it has gone up in the world - look, here's a Bentley that's so posh it's allowed to park on double yellow lines. 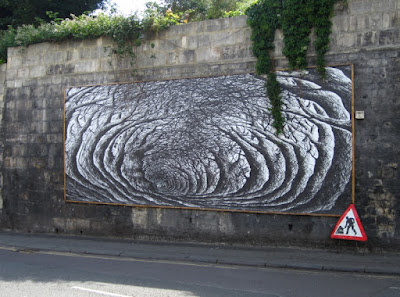 There's some good art, though, too, like this holloway by Stanley Donwood, who worked with Robert Macfarlane and Dan Richards to produce a book called ... erm ... 'Holloway'. I particularly like the interaction of the creeper and the road sign. 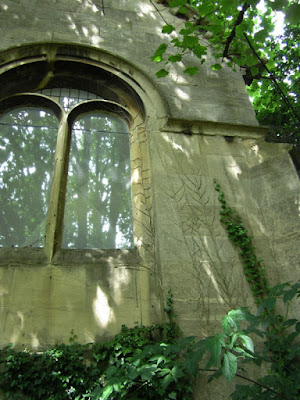 I was there for something else, however - an exhibition in Walcot Chapel, a former mortuary chapel which dates from the 1790s. 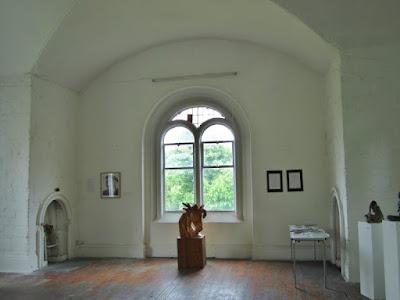 Architecturally not really my cup of tea, but inside a beautifully austere space. 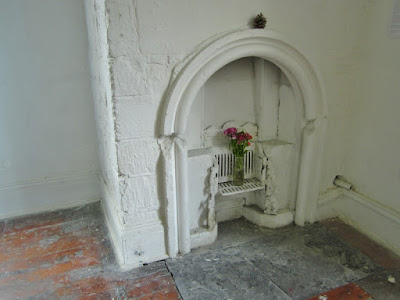 The exhibition was part of Gypsy Roma Traveller History Month, and featured interviews, family photographs and written memoirs.  I was especially intrigued by a photograph of a family wedding in 1917, with the groom and one of the young male family members in uniform.  The guest had a patch over his eye, presumably injured in action and home on leave.  I also learnt that they started to breed coloured horses (skewbald) during the first world war because the military would conscript black and bay horses. 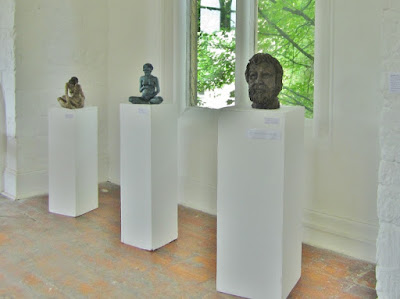 Also exhibited were paintings and sculptures by travellers and members of the local boating community ... 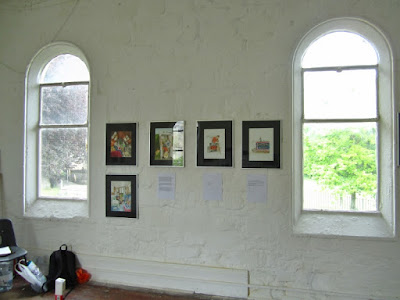 ... including Dru Marland, who had produced a series of beautiful paintings of her friends and neighbours on the cut. 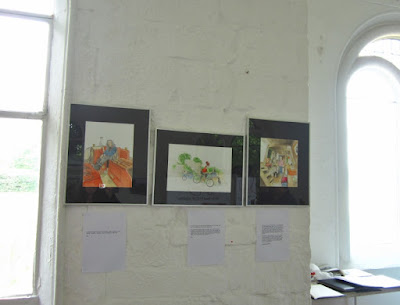 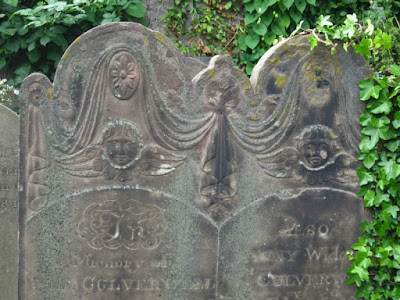 The graveyard was interesting too, with a large proportion of plain headstones, though I did spot these cherubs. 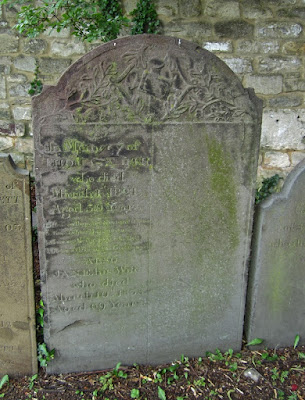 I always wonder what stories lie behind the blank half of a stone. 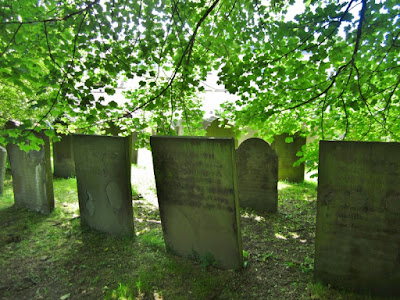 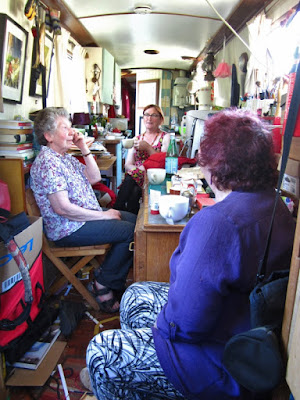 We made our way to the canal at Bathampton for a cup of peppermint tea on NB Eve.  Then, while Hazel had a lesson from Dru in how best to paint lichen, Pameli and I took our dodgy limbs (hip replacement and ankle ORIF respectively) along the Kennet & Avon canal for a therapeutic stroll. 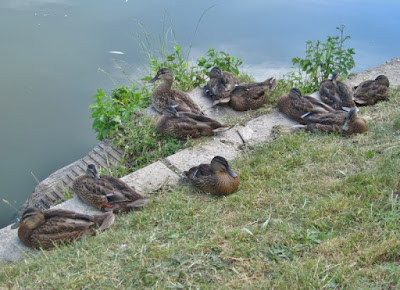 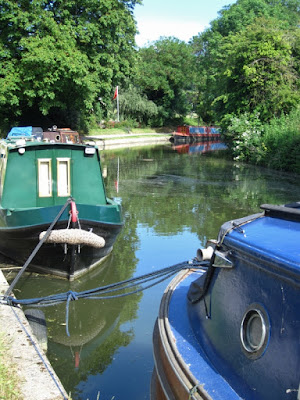 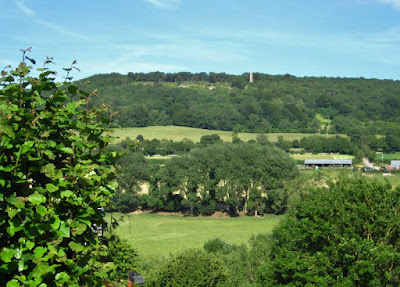 A glimpse of Brown's Folly in Sally in the Wood. 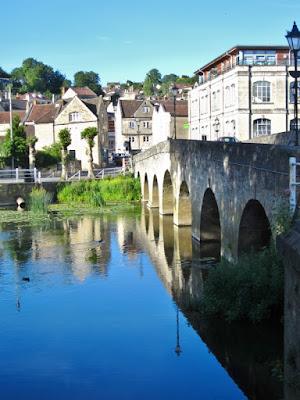 Then it was on to Bradford-on-Avon and a sandwich in The Swan, followed by Words and Ears, where I was guest reader, courtesy of Dawn Gorman.  Such a treat to spend time listening to so many talented local poets, in such a calm and sunny setting - a distinct difference from the last time I read there on a summer solstice, which was memorable for quite different reasons!

I drove home with the very last of the light feeling lucky indeed. 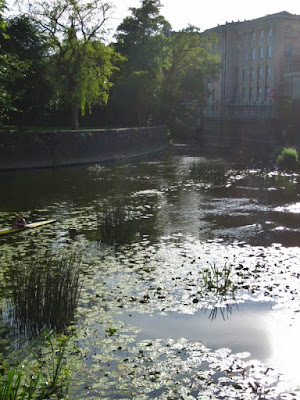 Posted by Deborah Harvey Poetry at 22:06