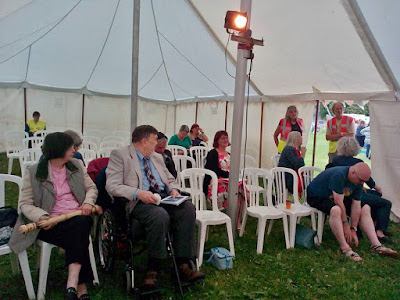 On the face of it, it should have been an evening to forget - a handful of poets herded into the Spoken Word tent at Priddy Folk Festival in less than balmy July weather and with what can only be described as a modest audience (although that's generally a given for poetry events) and then left to our own devices.  And that was before the band in the tent alongside started their very loud set, which they did bang on seven-thirty (also our start time). 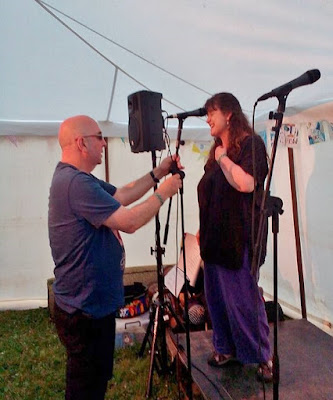 But we are poets and we spit in the eye of adversity and make it say sorry for being a bit of a git.  Anyhow, as luck would have it, I'd had the foresight to bring a compère with me who stepped into the breach with aplomb. 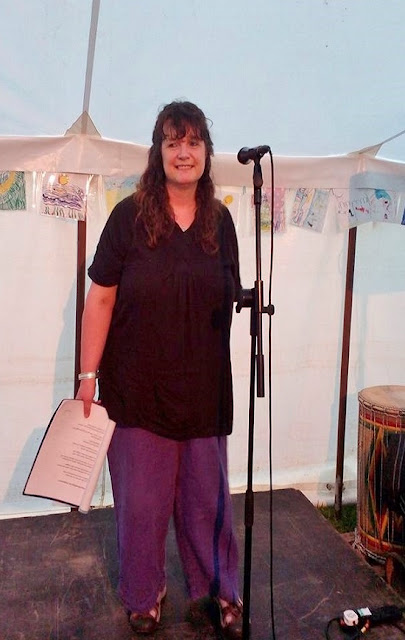 Après moi, le déluge - littéralement - namely, Wells Fountain Poets with Waterwoven, their collage of words, lines and stanzas.  I found that having to listen harder to hear it meant that I concentrated better than the first time I encountered it, at Bath Poetry Cafe's Day of Good Poetry back in March when I thought it was fab, and this time I was swept away. Can't wait to hear it again in late September at Bristol Poetry Festival. 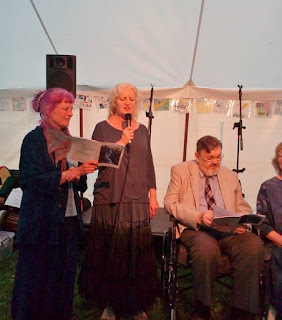 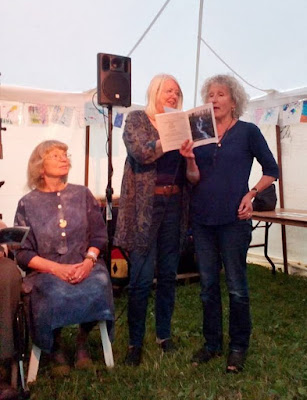 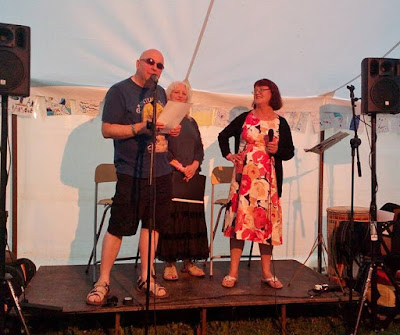 The final set of the evening was from Jo Waterworth, a well-named member of Fountain Poets, and former Bard of Glastonbury, Dearbhaile Bradley,  whose poems conversed with each other quite happily. 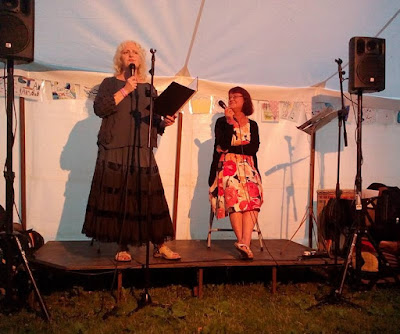 As is so often the case after listening to good poetry, I left with my brain fizzing and making crackling connections. 'That's poetry fever,' said my compère, sagely. 'Beware.'  But I don't care. Write in the heat of the moment, edit at leisure.

Posted by Deborah Harvey Poetry at 21:23