Two and a half months ago, newly back on my feet following a fall and a fractured ankle, I didn't think I'd be doing this ... 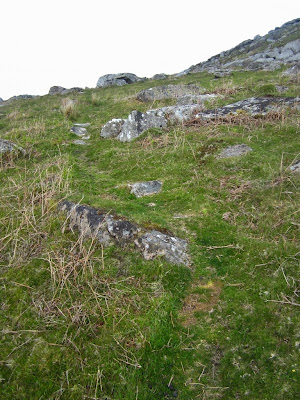 ... at least not so soon. But here I am, walking in my walking boots (which are perfectly comfortable despite the mass of metalware in my lower leg) on Dartmoor.  And although we chose an easy, short walk, it's still far more than I dared to hope I'd be doing so soon. 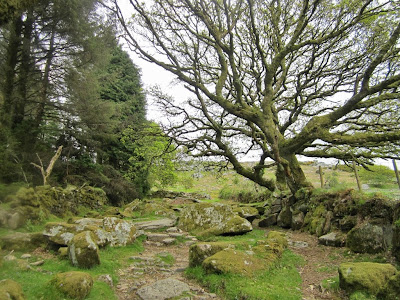 Our starting point was Joey's Lane, an ancient packhorse way that leads from the lane that circumnavigates Burrator Reservoir up to Maiden Tor, an outcrop on the flanks of the much larger Sheepstor. 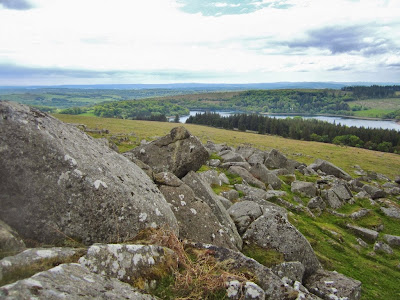 As we climbed views opened out beneath us, including this of the reservoir. 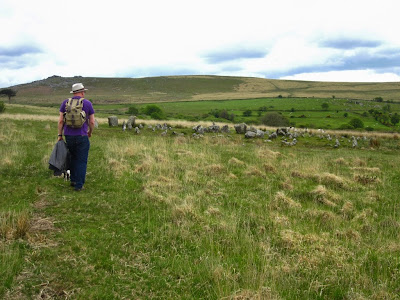 The other side of the tor we could see Yellowmead Stone Circle which was our destination - an easy ramble over rough grass after the exertion of climbing the tor. 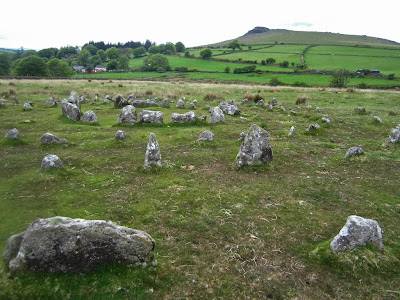 If it looks a little cluttery, that's because Yellowmead is - to get a bit technical, like - a rare fourfold concentric stone circle of the early Bronze Age, of which there is only one other example on Dartmoor, on Shovel Down. 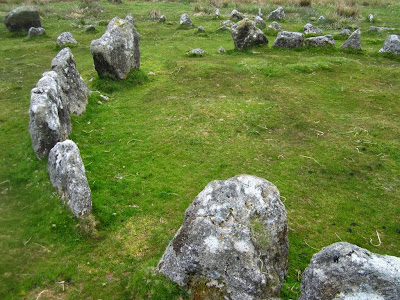 Within the innermost circle is a hollow where the burial kistvaen once lay. 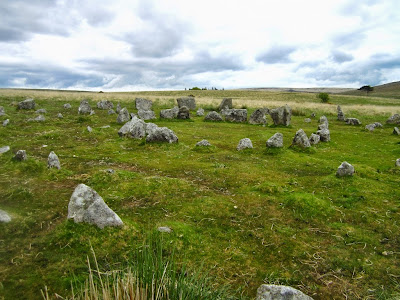 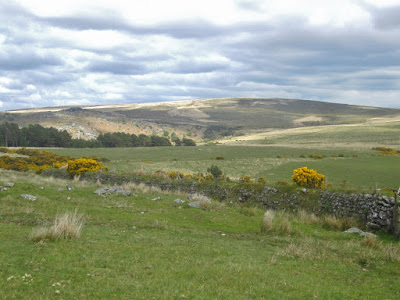 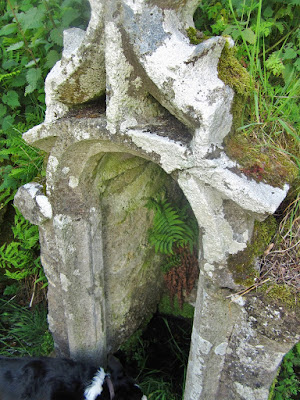 From the circle, we walked back up to the corner of the newtake wall, and along the top to the lane which led back into the hamlet of Sheepstor. On the way Ted paused for a drink at St Leonard's Well. 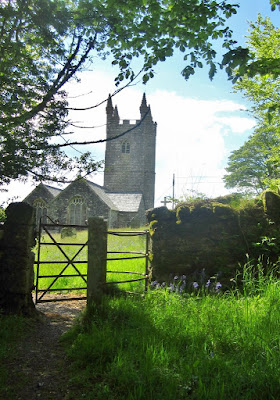 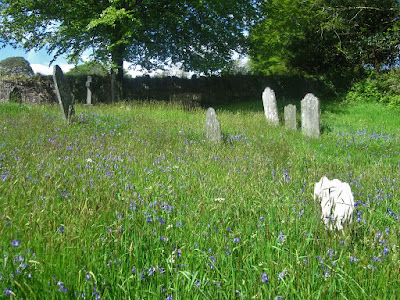 St Leonard is very lucky, he has a churchyard full of bluebells at the moment as well and some great 18th century headstones. 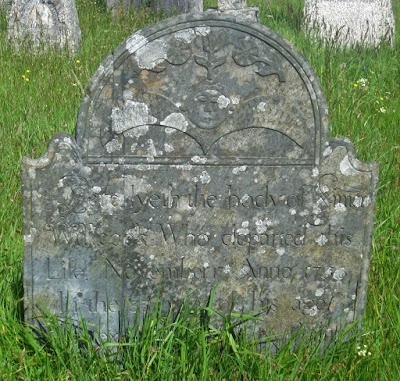 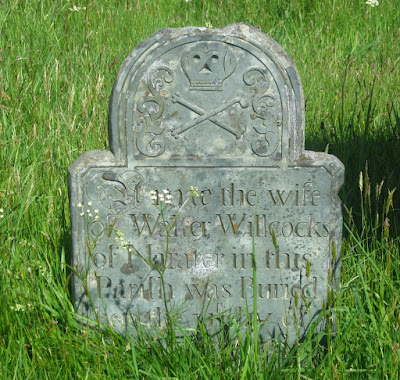 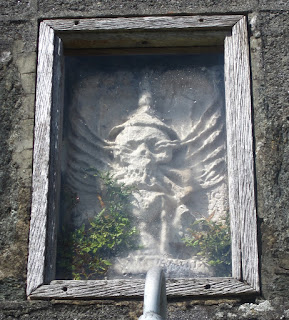 My favourite things, though, were this 17th century foliate skull atop an hourglass, with ears of corn sprouting from empty eye sockets ... 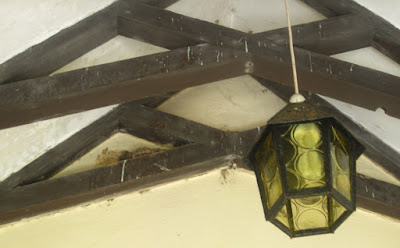 ... and the swallows nesting in the porch. 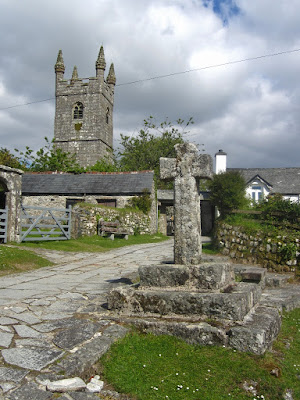 After a little revisit to the church itself, we went back up the lane to the car, passing a magnificent vista of the eponymous tor en route.  Joy out of all proportion to distance covered, but no matter - Dartmoor, I'm baaaaaack! 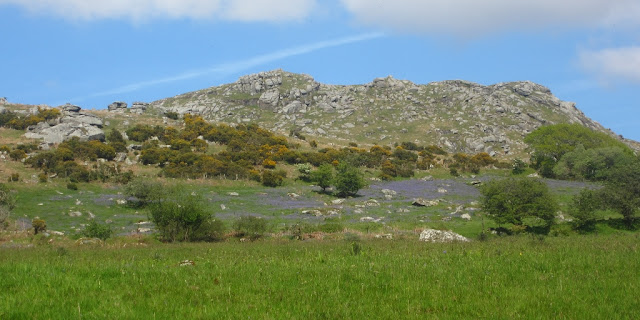 Posted by Deborah Harvey Poetry at 22:46