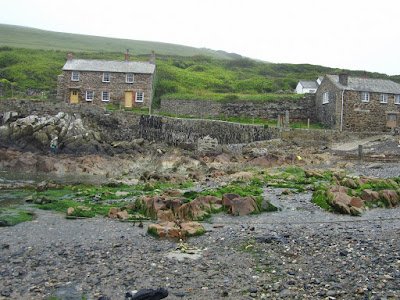 Rain was scheduled for the morning, clearing later from the west, so we headed west to Cornwall to make the most of the day.

My partner was keen to visit Tintagel, but first we stopped off at Port Quin, which I love for its solitude, and its sad story of all the men of the village lost at sea in a terrible storm, and the surviving fish cellars which give such insight into the hard lives of past inhabitants ... 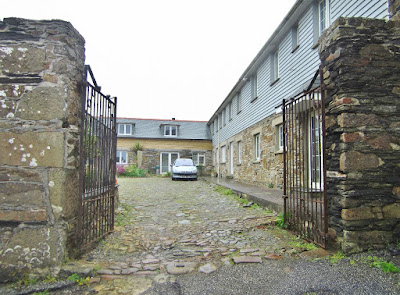 ... or would do if they hadn't been turned into luxury holiday lets since the last time I was there. What cavalier treatment of our social history. How disappointing. 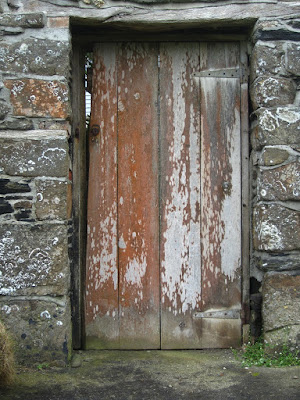 And so the National Trustification of the place is complete. Apart from this door - quick, someone paint it a tasteful shade of Cotswold green! 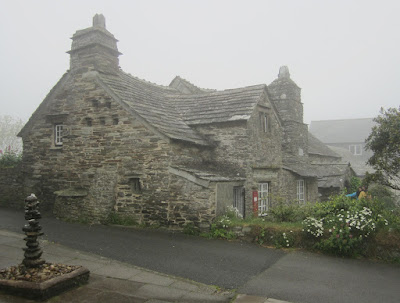 In Tintagel, the familiar was swallowed in mist.  My partner in poetry set off for the castle. I wanted to revisit the Church of St Materiana, otherwise (possibly) St Madryn, a 5th century Welsh princess (though I suspect they made her up). 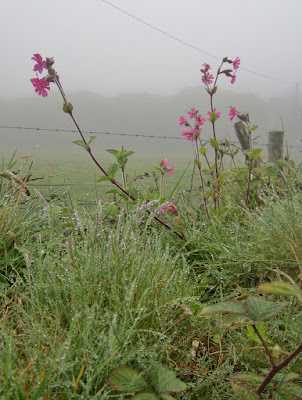 Ooh but it was atmospheric walking up the lane. 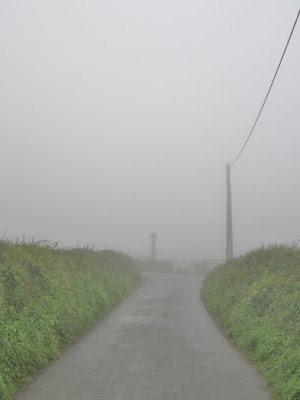 Eventually the Celtic cross that is the war memorial loomed from the churchyard, followed, as I drew closer, by many graves and finally the Church itself. 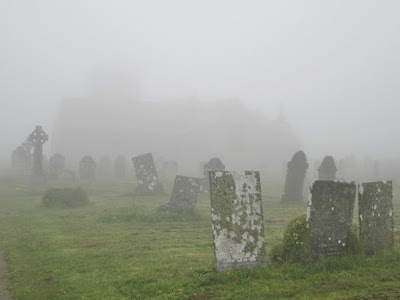 It was like being in a Radio 4 afternoon drama. 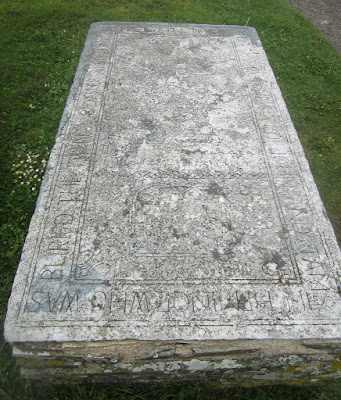 I did get to spot some old friends, however, like this the altar tomb by the south door which commemorates, in beautiful lettering, Thomas, the son of John and Tamsin Heming, who was killed by lightning in 1702:

'The body that heere buried lyes,
By Lightning fell death's sacrifice.
To Him Elijah's fate was given
He rode on flames of fire to Heaven.
Then mourn no more Hee's taken hence
By the just hand of Providence.
O God the judgements of thy Seat
Are wonderous good and wonderous great.
Thy ways in all thy works appear
As Thunder loud, as Lightning clear.' 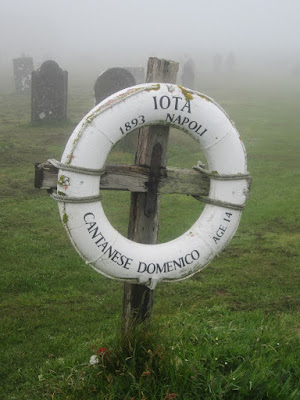 And this life belt which serves as a memorial to Cantanese Domenico, a 14 year old cabin boy who died on 20th December 1893 when the vessel he worked on, the Italian barque Iota, was wrecked on Lye Rock. Two other members of the crew also died, the remaining nine having been rescued by stalwart locals. 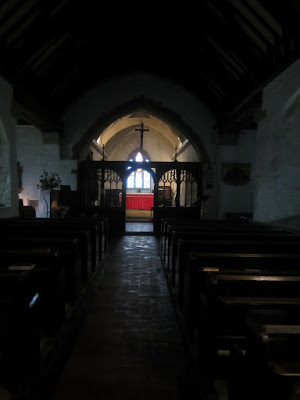 The church is lovely, dark and deep ... 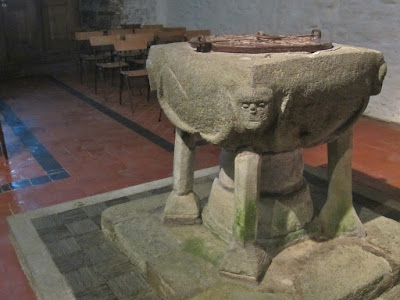 ... and it has just about my favourite font of all time. Far less fancy than some, it is massive, Norman and carved with four heads at each corner and serpents in between, their heads and tails curved upwards representing, so the guide book says, the evil spirit expelled by grace. So there. 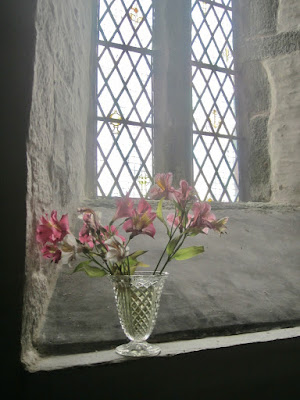 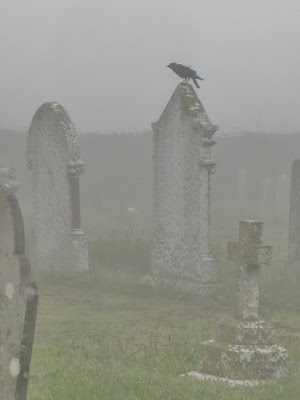 By the time I met up with my partner, we were both so wet we decided to give Boscastle a miss and head back to Devon - no real hardship since he'd been totally beguiled by the castle and had already decided he wanted to revisit it on a fine day.

No sooner had we crossed the top of Bodmin moor when it stopped raining and the sun came out. But we'll be back soon, armed with a copy of the collected poems of Thomas Hardy, on another foray into poetry.

Posted by Deborah Harvey Poetry at 16:35