Everything went wrong at the start of this walk. For a start, we arrived in Shaugh Prior, close to our starting point, without the book of walks (although I had managed to remember the map, always the more important of the two).  Plus, the only vegetarian option the village pub had available - vegetable lasagne - had the texture of cardboard that had been boiled and then staked out in the desert for a fortnight. Plus, when I got into the church, there was absolutely no mention of illustrious poet and former vicar (twice), Robert Herrick - although this, it turned out, was on account of my having misremembered Shaugh Prior for Dean Prior, a few miles up the A38 (though I can't quite believe I did, since I actually went to primary school with a lad called Dean Prior and you'd have thought that might have acted an an aide-memoire). Plus, Ted rolled in something very stinky in the churchyard. 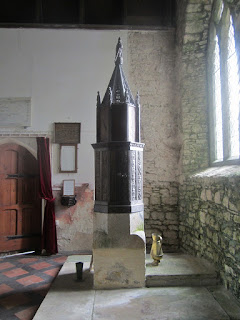 There was this wondrous 15th century font cover, however. 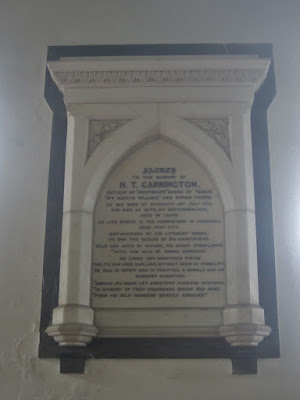 And we weren't entirely deprived of poetry, either, as there was a memorial to 'the poet of Dartmoor', Noel Carrington, who died in 1830, on the wall of the nave. According to the Church guide book, no one really knows why it's there since he was born in Plymouth and died in Bath, but it is said that he was fond of the area.

Let's have a shufti at his most famous poem, shall we?


'Dartmoor! thou wert to me, in childhood's hour,
A wild and wondrous region. Day by day
Arose upon my youthful eye thy belt
Of hills mysterious, shadowy, clasping all
The green and cheerful landscape sweetly spread
Around my home; and with a stern delight
I gazed upon thee. How often on the speech
Of the half-savage peasant have I hung,
To hear of rock-crowned heights – '

OK, this half-savage peasant has had enough. Ugh. 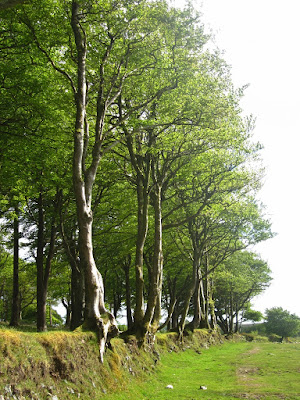 We drove to a very busy Cadover Bridge with the windows down and Ted was marched into the Plym to wash away at least some of the stench.  We then proceeded to Brisworthy Plantation where we parked and set out.


Even the easiest of walks become harder when you've forgotten the book. My partner in poetry was loath to pick his way through tufty grass in the hope of coming across half-hidden vestiges of antiquity, so we made for what we could see straight away - the stone circle, also called Brisworthy, some way lower down on Ringmoor Down. 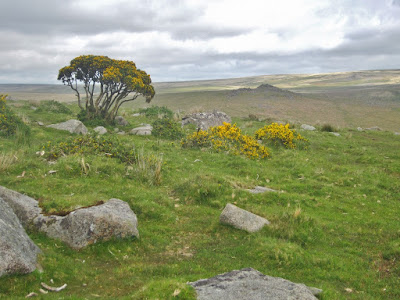 First, though, we passed a group of bronze age hut circles in amongst thickets of spring-flowering gorse. 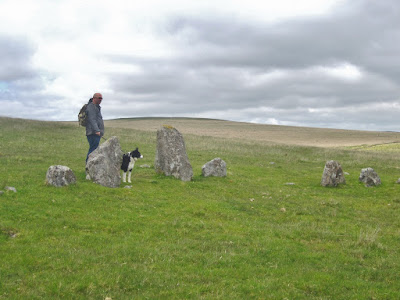 By 1909, only four of the stones were still standing, and those that were still in situ - about half of the original number, it is estimated, were re-erected. 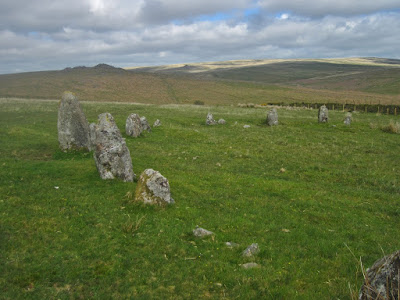 We sat for a while and listened. The soundtrack was the same as two days earlier on Yellowmead Down - the white noise of larks, against which we could hear much cuckooing, jackdaws and the cronk of ravens. 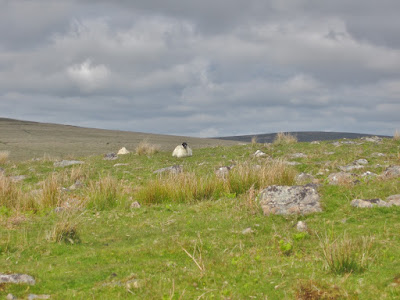 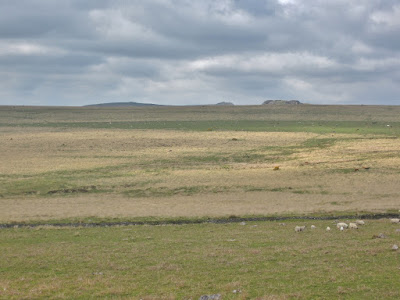 On the skyline, Peak Hill, Ladder Tor and the top of Sheepstor. Hard to imagine that there is a village, not to mention a large reservoir, in the fold of these hills. 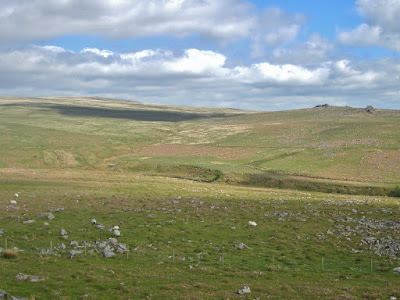 Having crossed the stream at the foot of the hill, we climbed up Legis Tor, which offered varied cloud-and-shadow-strewn views, my favourite sort. Here looking over to Great Trowlesworthy Tor and Warren ... 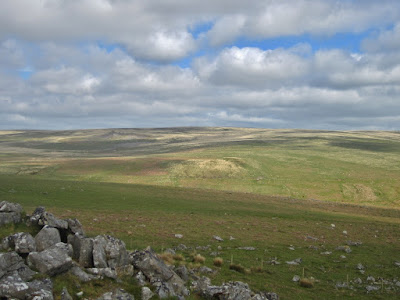 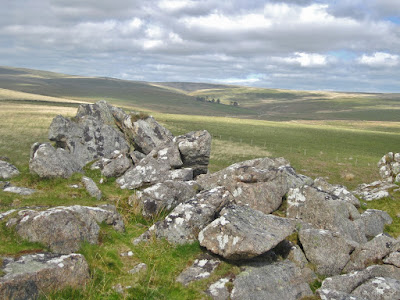 ... and  up to Ditsworthy Warren House, where the bulk of the Dartmoor-set scenes in War Horse were filmed. 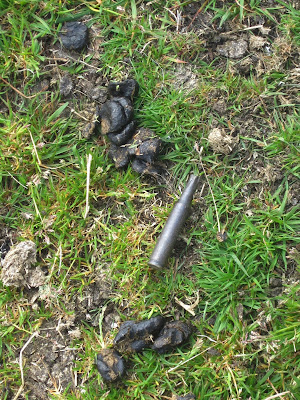 Looked like a few contemporary soldiers had passed this way also. 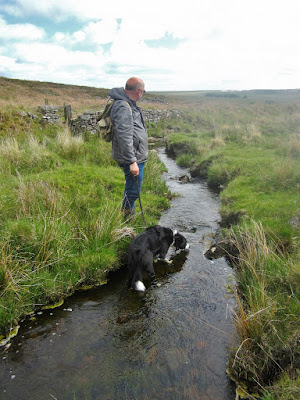 Back over the stream - a third splashing for Ted, now decidedly less pungent - and we made our way back to the car.  Short but sweet for now while my leg strengthens.  I will be back - next time with my book of walks. 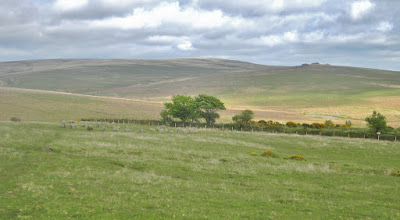 Posted by Deborah Harvey Poetry at 18:58