A Poetry Pilgrimage through the Wild West 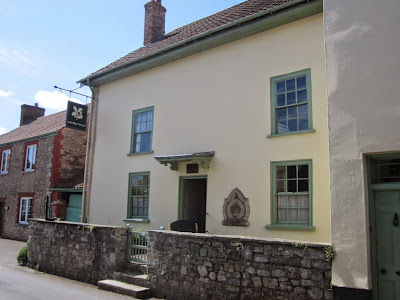 To Devon via the scenic route. And since my partner in poetry hadn't been there, a visit to the cottage at Nether Stowey where Samuel Taylor Coleridge and his family lived from 1797 to 1799 seemed apt.

I'd been there before, so while he fossicked about inside, Ted and I sat outside the pub and birdwatched.  A squeal of brakes and the slamming of car doors announced the arrival of a gang of swifts from distant climes. I wonder what the resident birds make of the new arrivals each May.  Probably not too different from the villagers when Samuel, Sarah, William Wordsworth and Dorothy descended on the area. 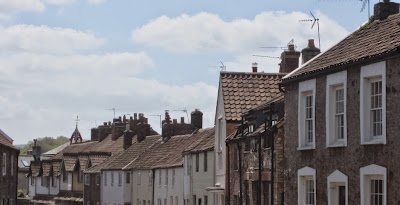 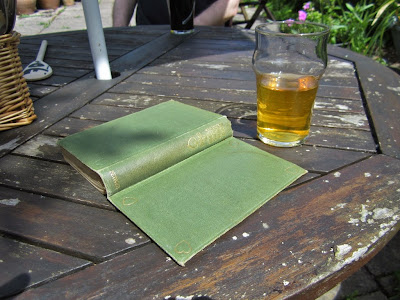 After lunch. a drop of Rich's cider and a delve in Lyrical Ballads in the garden of the Hood Arms in Kilve, we popped down to the beach to let Ted stretch his legs. I love Kilve's delightful shore, as Wordsworth called it, though this time, post broken ankle, I found its stony terrain challenging. 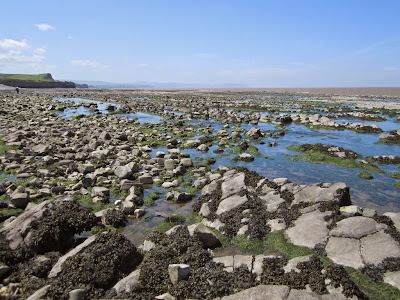 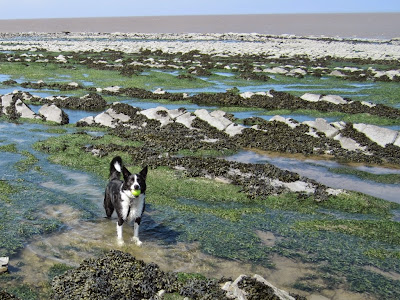 Kilve has found its way into a couple of my poems too.  I love scrabbling about in the hope of finding a fossil or two.  I did see a selection, all on hefty pieces of rock.  I always wonder how many people have struggled to get them back to their car, only to give up en route.  Much better to leave such impressive specimens where they lie - they've been there for millions of years, after all. 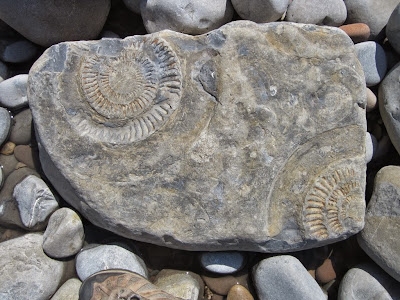 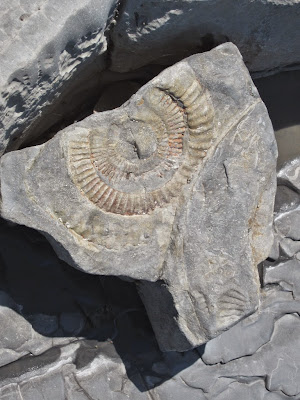 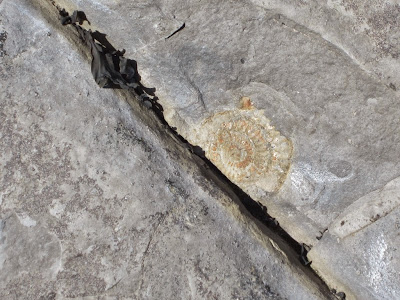 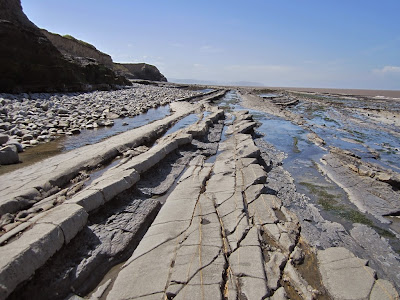 After a good scramble about, we made our way to Watchet to see the statue by Alan B Herriot of the Ancient Mariner (which also pitches up in a poem of mine). 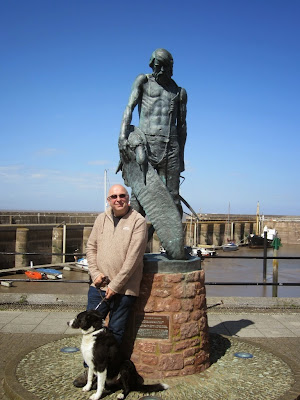 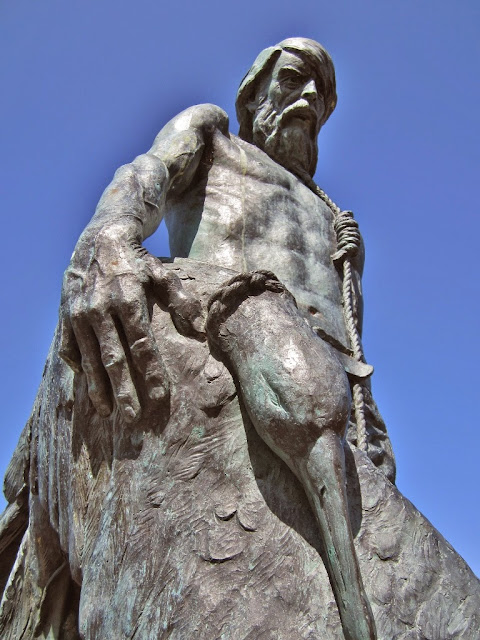 Our final stop, via a quick dash through Dunster, was Tarr Steps, an ancient clapper bridge over the River Barle in pretty much the middle of nowhere. Unfortunately for us, we arrived there gasping for a cup of tea five minutes after they's stopped serving tea and coffee and fifty-five minutes before the pub opened, and da yoof behind the counter was not inclined to pop the kettle back on.

The bridge, which has been rebuilt following flooding twice since I last saw it, was looking good ... 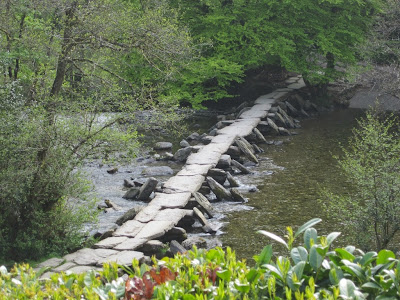 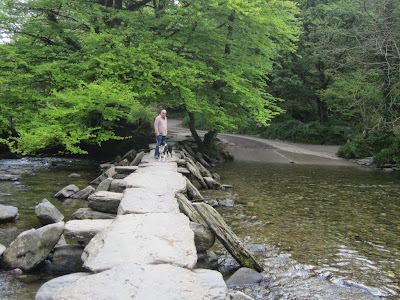 ... though I have to say, it's the Second Severn Crossing of clapper bridges. Impressive in a burly sort of way, but lacking the grace of, say, the clapper at Postbridge on Dartmoor. 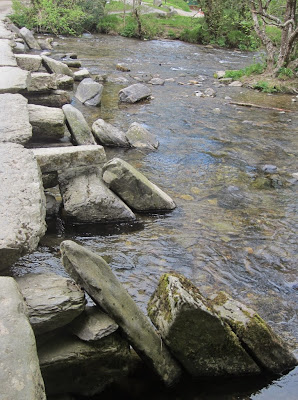 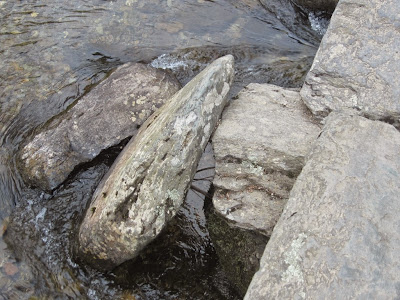 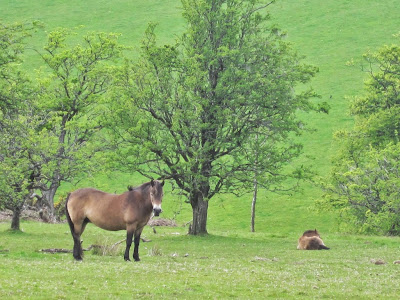 The Barle, and then the River Exe escorted us off the moor and as far as Tiverton, beyond which we rejoined the motorway and completed our journey south and west, all poetried up and ooh! what's that feeling? ... happy.

Posted by Deborah Harvey Poetry at 21:36