And so to Leigh Woods, high above Avon Gorge, to see 'Withdrawn', Luke Jerram's latest installation of five fishing boats, run aground in a glade a few minutes' walk from the car park.  Inspired by the floods on the Somerset Levels last year, it's associated with Bristol's status as European Green Capital, and is intended to provoke discussion about climate change, tidal surge, the collapse of our fishing industry and other ways in which we impact our environment.   Which is all very important and worthy, but actually I mainly wanted to see it for its surreal impact. 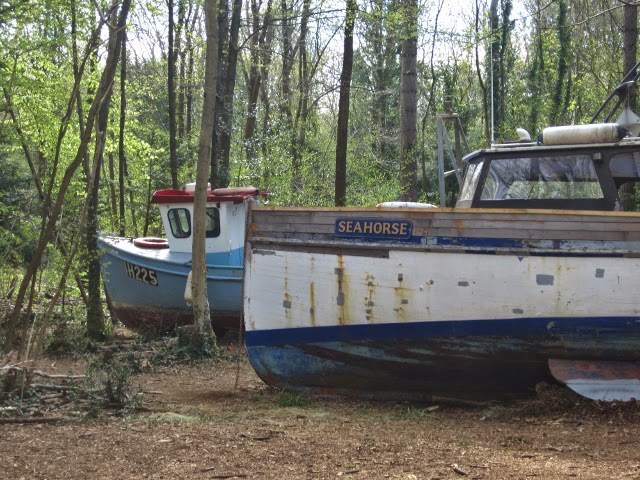 And it is extraordinary and strangely beautiful. 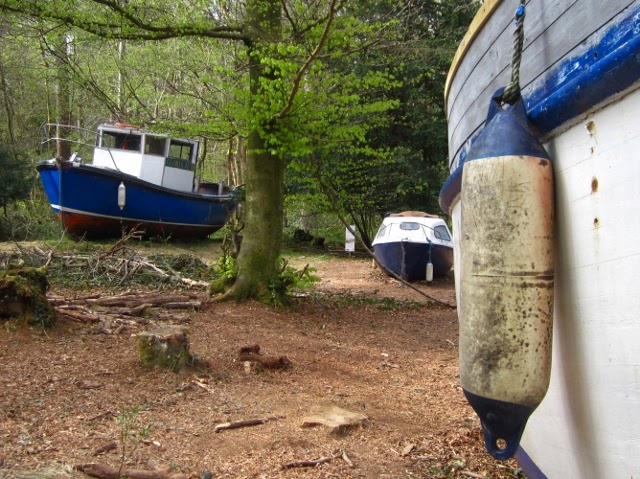 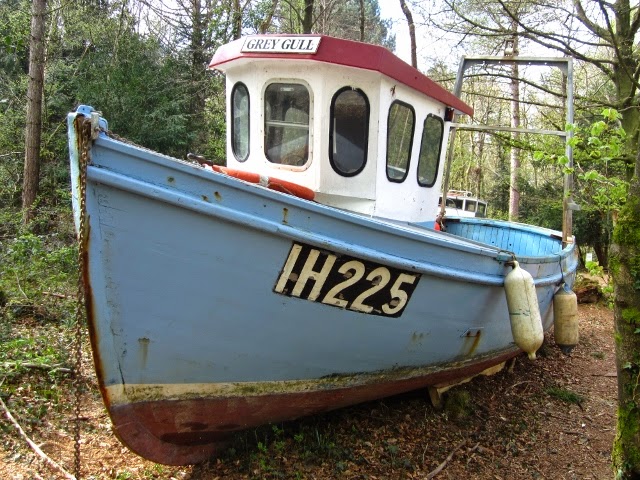 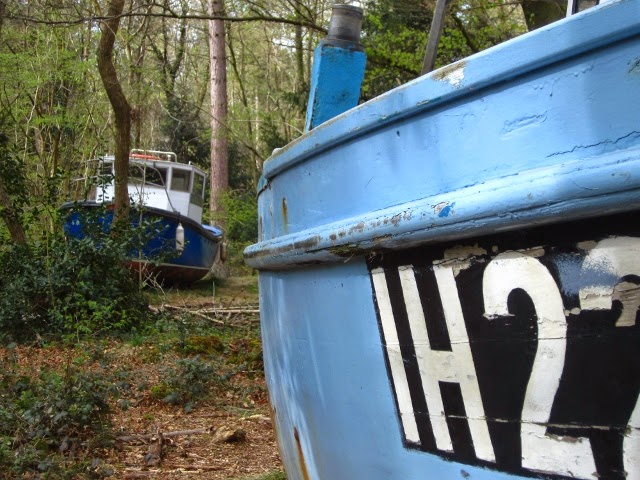 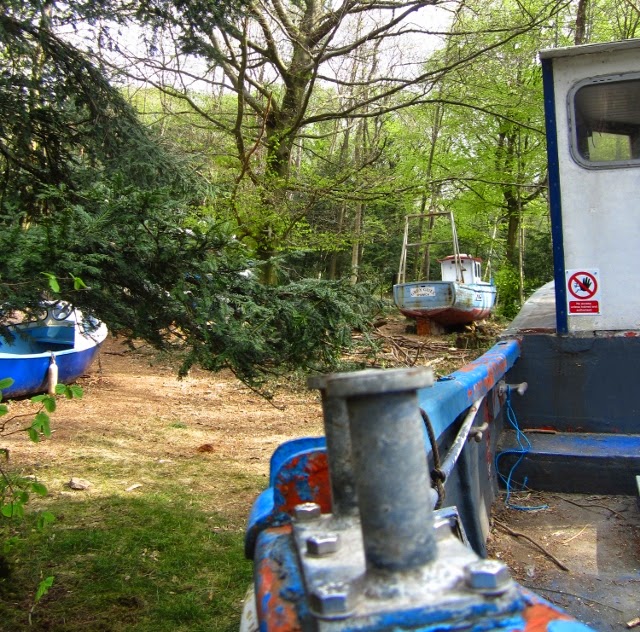 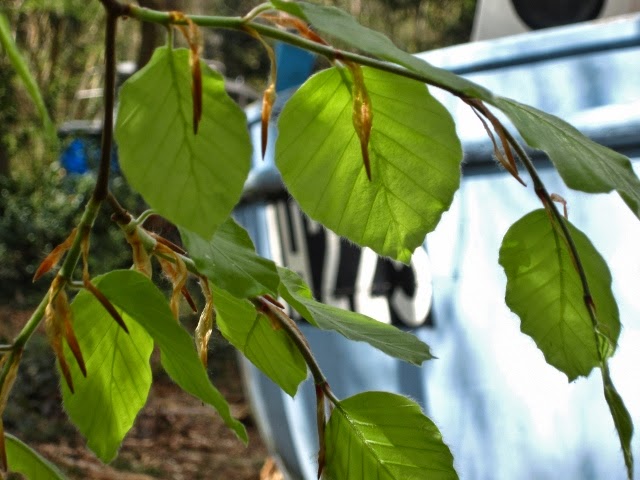 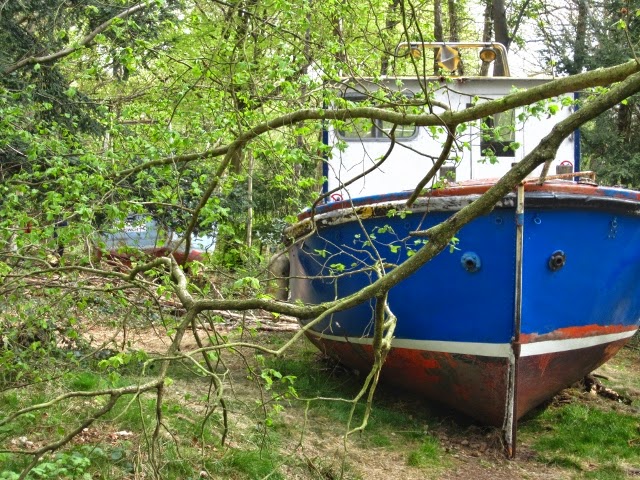 Is it likely to make people think about our personal impact on the environment and what we can do to reverse climate change?  Maybe ... but not as much as seeing photographs of rusting ships anchored on what was once the Aral Sea, formerly one of the four largest lakes in the world and now known as the Aralkum Desert, following the implementation of Soviet irrigation programmes.  These truly are shocking. 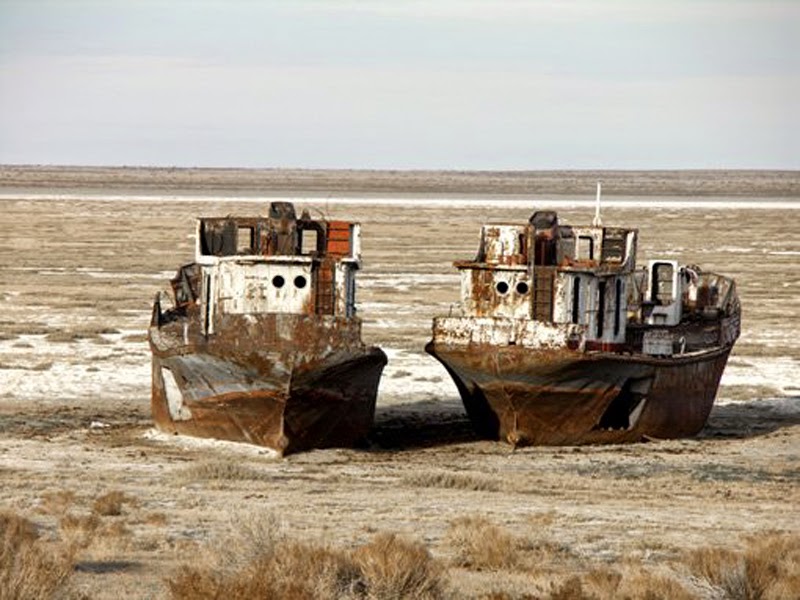 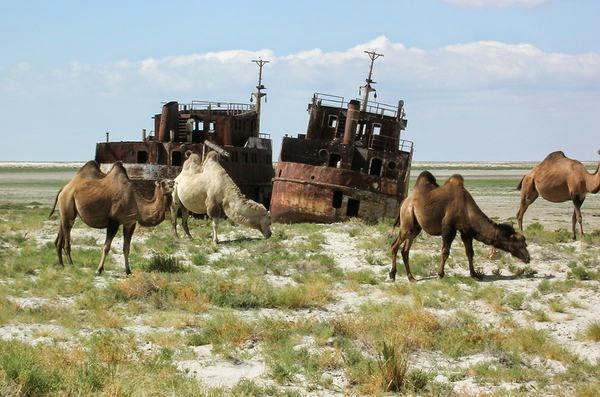 I was disappointed to see from Jerram's website that the boats will only be in their present setting until early September, because I get the feeling this is somewhere I'd go back to again and again as the seasons change.  We'll get to see it in the green lagoon light of high summer, but I'd love to see it also in the low-lying mist of early autumnal mornings, or thick with hoar frost, or even snow.  And in years to come, as nature gradually enters into a collaboration with the artist, like this trailer I spotted some years ago in a field near Kington Langley, Wiltshire ... 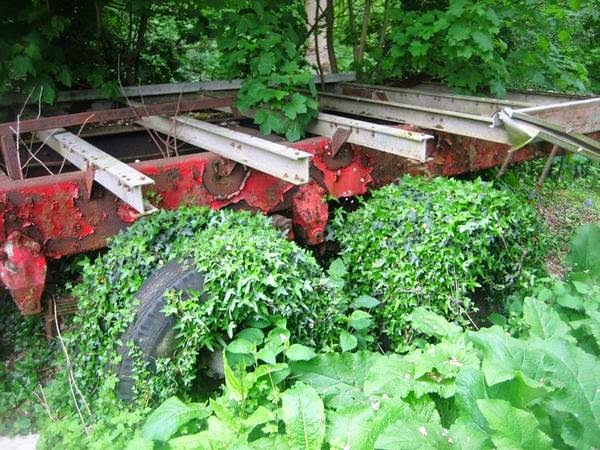 ... or more relevantly, perhaps, the abandoned barges protecting the bank of the River Severn from erosion at Purton.  I love the way they now appear to be diving beneath or emerging from a wash of grass seeds, as if they are now semi-submarines.  I do hope Bristol City Council will have a rethink. 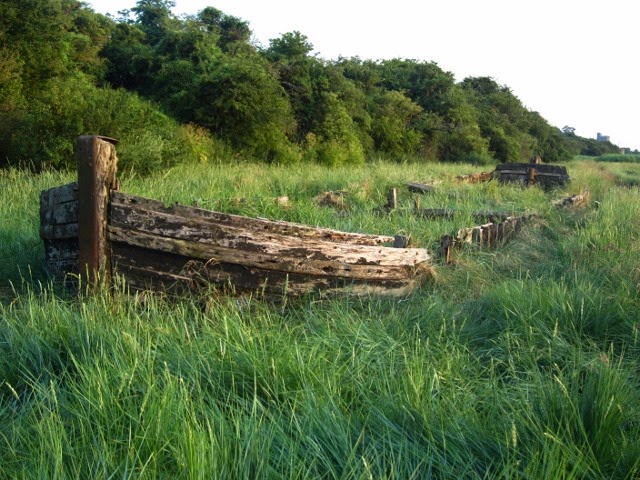 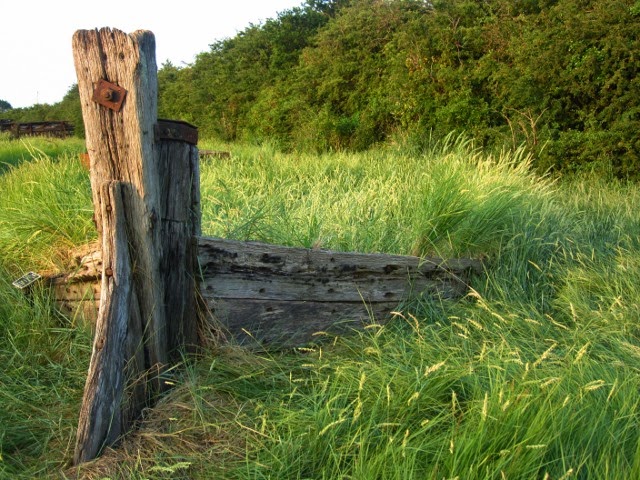 Posted by Deborah Harvey Poetry at 13:32