Romeo and Juliet : Shakespeare At The Tobacco Factory

Here's a review I wrote for the local rag of Shakespeare At The Tobacco Factory's recent production of 'Romeo and Juliet'. 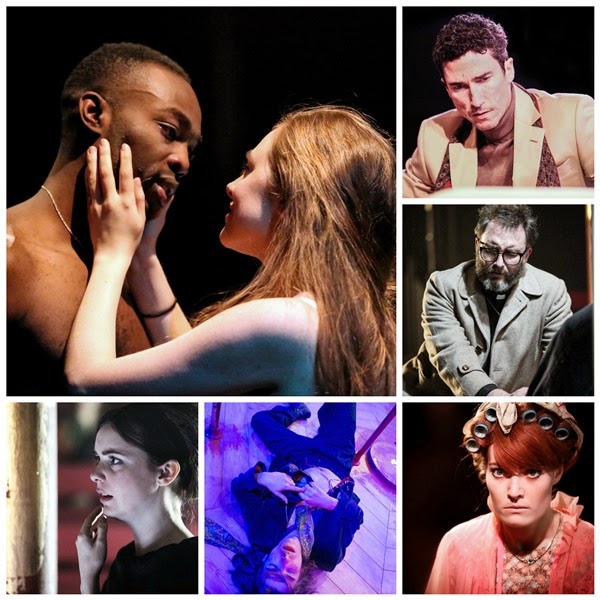 Romeo and Juliet: Shakespeare At The Tobacco Factory

A broken ankle meant that we deferred our tickets for 'Romeo and Juliet' at the Tobacco Factory to the final night, by which time I hoped to be fit enough to venture as far as south Bristol.  Much of our city south of the Avon is as alien to me, a North Bristolian, as Birmingham, but if nothing else, Shakespeare's most famous tragedy teaches us that we should abandon our prejudices and leave our comfort zones, and this I did.

'Romeo and Juliet' can seem over-familiar at times, forcing directors to come up with ways of making their vision fresh.  The most recent production I'd seen prior to this was Bristol Old Vic's 'Juliet and Her Romeo' in 2010, starring Siân Philips and Michael Byrne as the eponymous lovers, with Verona transmuted into a nursing home.  Shakespeare At The Tobacco Factory's offering, set, nominally at least, in Paris, 1968, couldn't have been more different in tempo and atmosphere.

From the start of this production, the audience is plunged into frenetic action, symbolised by a playground roundabout centre stage, which sees service as a meeting place, the barricades, the literal social whirl of the party at the Capulets' house, the lovers' bed, and a bier.  Each scene gallops past, the fight scenes so explosive that the actors playing Mercutio and Tybalt gasp for breath after their supposed demise in a quite uncorpselike fashion.

For me the pivotal scene is the one in which Romeo meets Juliet at the party where she is supposed to fall for Paris, her parents' preferred suitor.  You have to believe in the star-crossed couple's onslaught of passion for the rest of the play to work.  This scene is done superbly well in Baz Luhrmann's 1996 film, a similarly exuberant and modern take on the play, as the lovers gaze at each other through an aquarium and the rest of the world seems to fall away.  In this production, under Polina Kalinina's direction, there's barely a break and nothing to convince us that Juliet is any more important to Romeo than Rosalind, the love she supersedes, that deep, life-or-death connection lost, along with much of the dialogue, in a whirlwind of action.

Posted by Deborah Harvey Poetry at 08:24