An Uphill Walk From Winter

As soon as I broke my leg back in January, putting back the sale of my house by two months, it was clear that a week in Devon at Easter was off the cards - there would be too much to do at home.  So these beautiful April days are passing in a whirlwind of garage and shed clearing and keeping the house as tidy as possible.  And, it being the appropriate time of year, Bristol Spring Poetry Festival publicity distribution.

Tuesday was earmarked for drops at Thornbury and Weston-Super-Mare libraries, so we took Ted with us and had a little hobble (in my case) along the beach from Uphill Slipway. 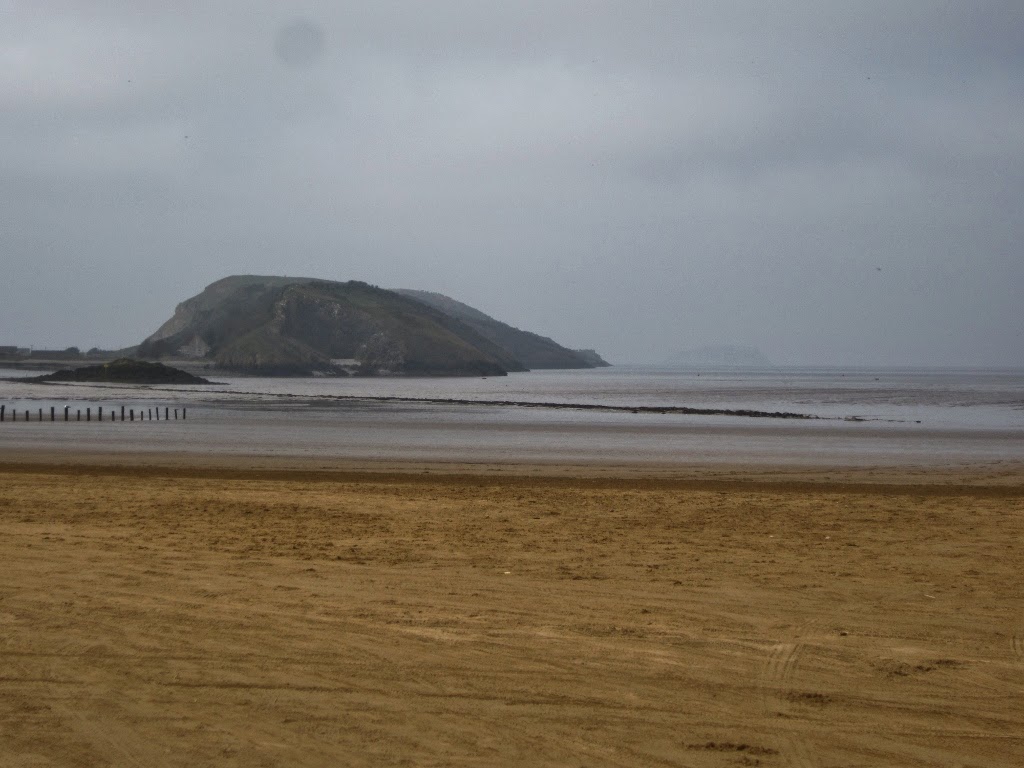 My first sort-of jaunt since 2nd January when I voyaged from Bath to Bradford on Dru Marland's NB Eve and saw my first kingfisher. 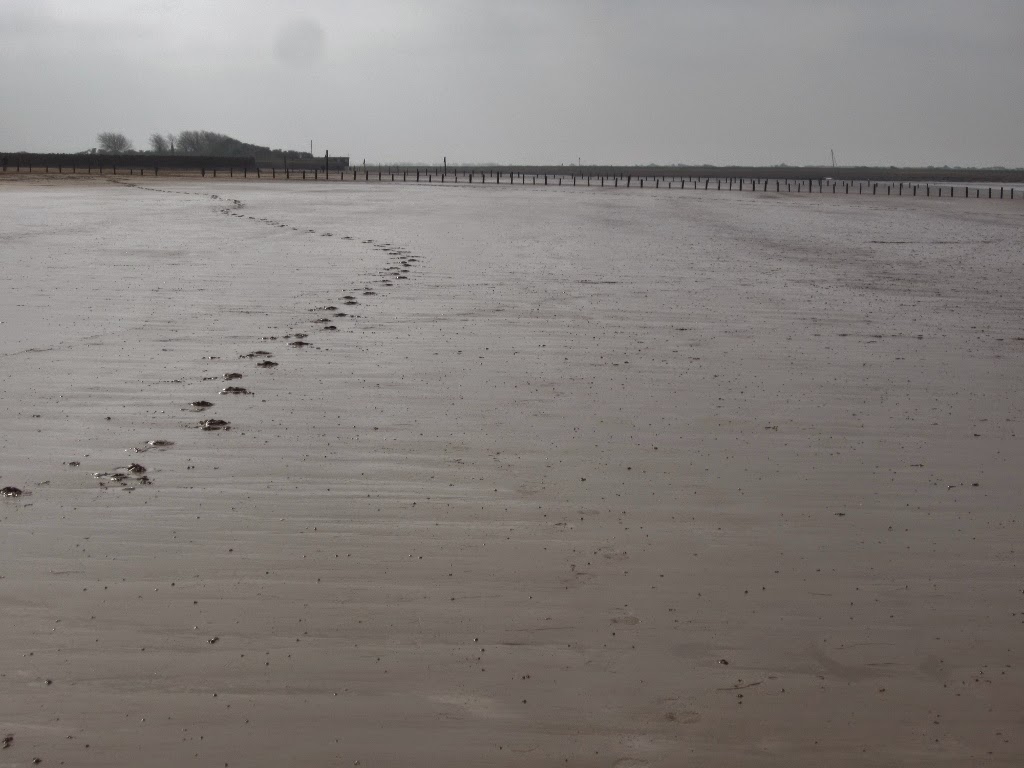 Although more than three months have passed since then, in some respects it still seemed quite wintry, with Steepholm almost completely lost in mist and Brean Down lowery. 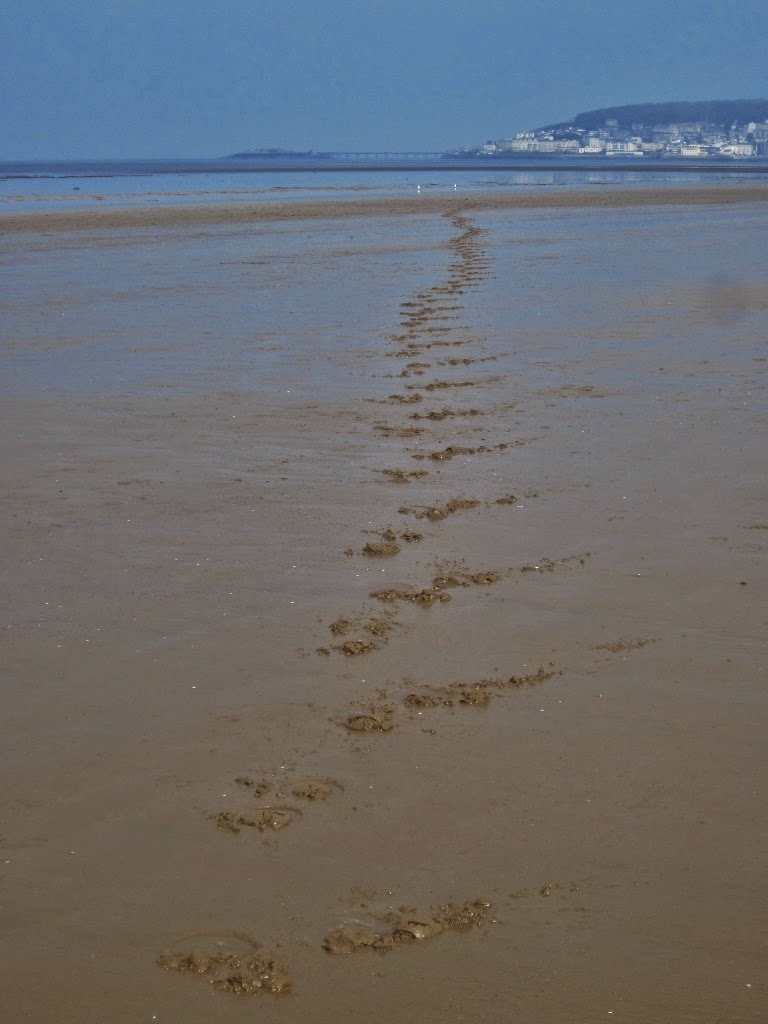 However, we followed the direction of hoof prints towards bluer skies.  It was like the film 'Into The West' (except we were headed more northish).


Ted couldn't believe his luck to be somewhere different and exciting, having spent so much time in the park of late, and when he wasn't chasing his ball down, he left his tag on almost every post he encountered ... 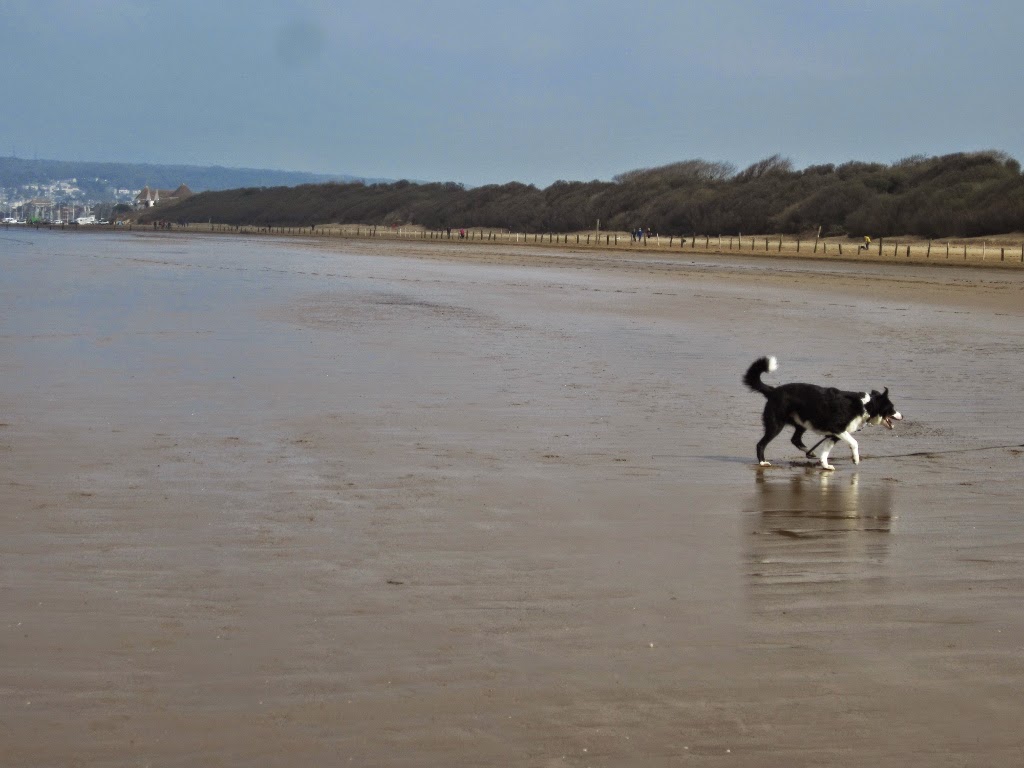 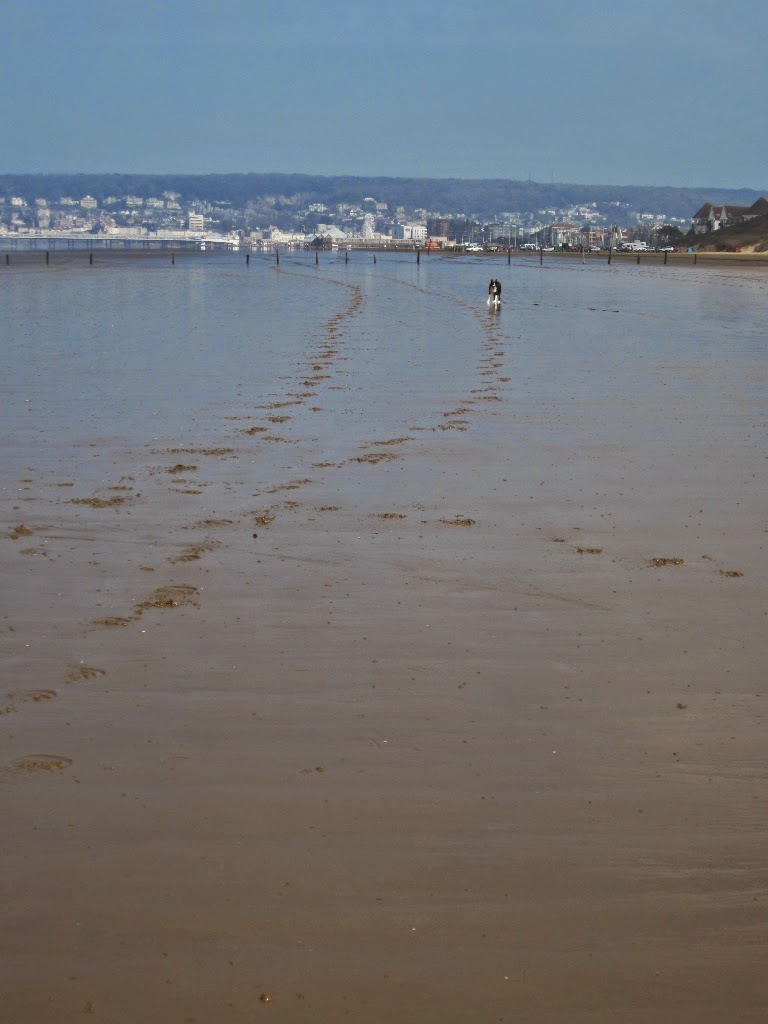 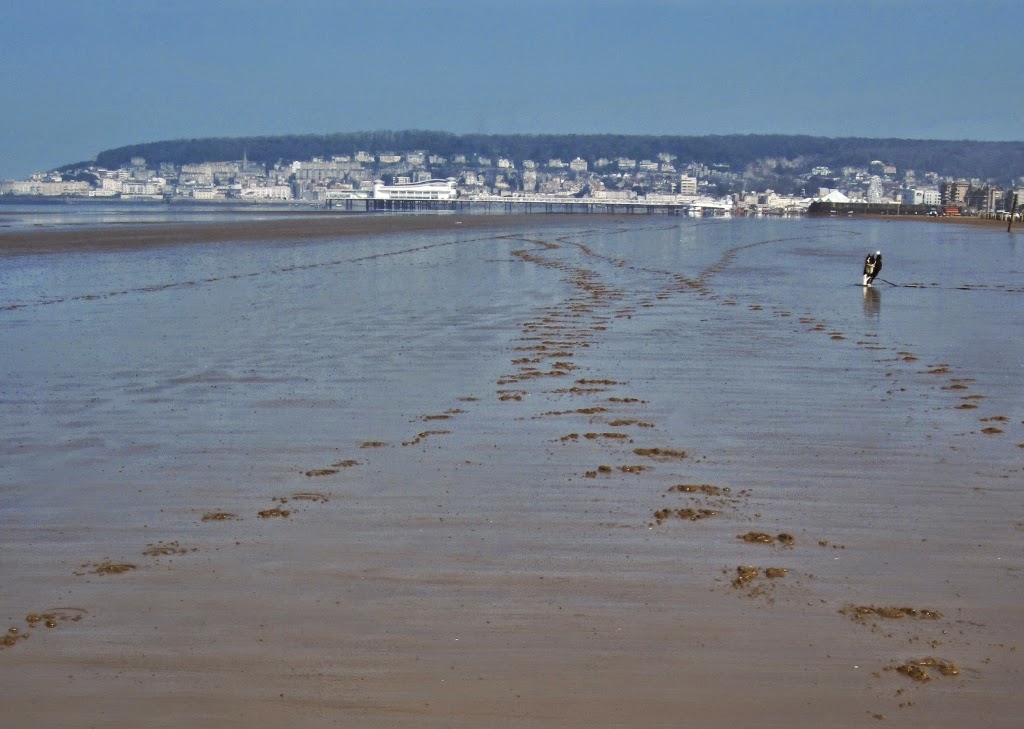 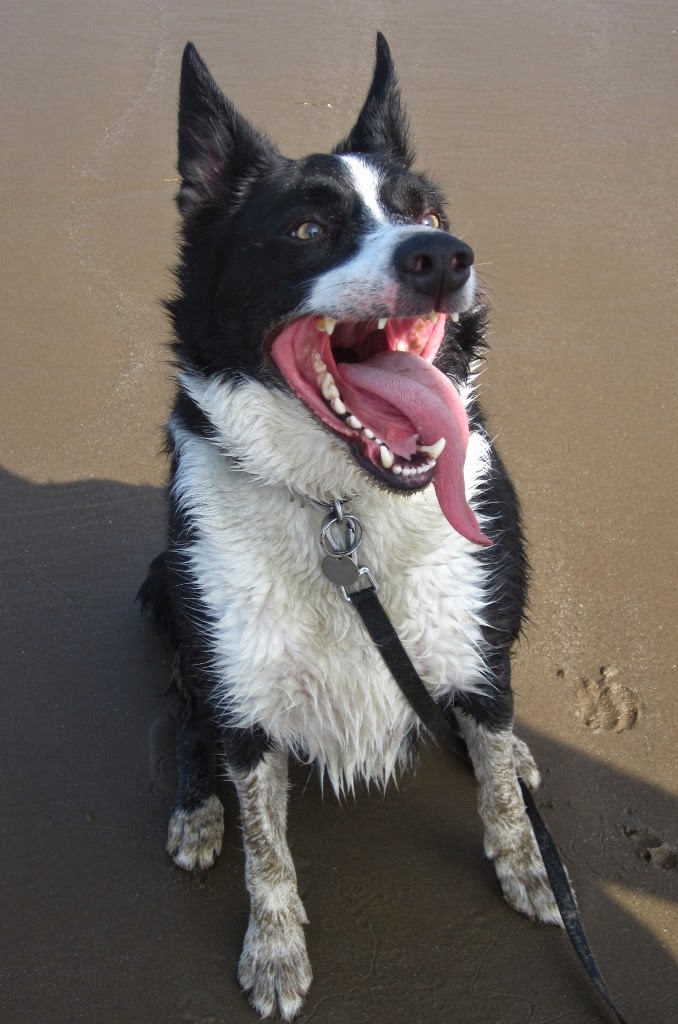 ... all the way up to the tea shack, then back to Uphill Slipway.

Making my own way back was rather more laborious, but the sunny skies were spreading and it felt more springlike with every limp.  Hopefully it won't be too long before I can start doing some proper walking again. 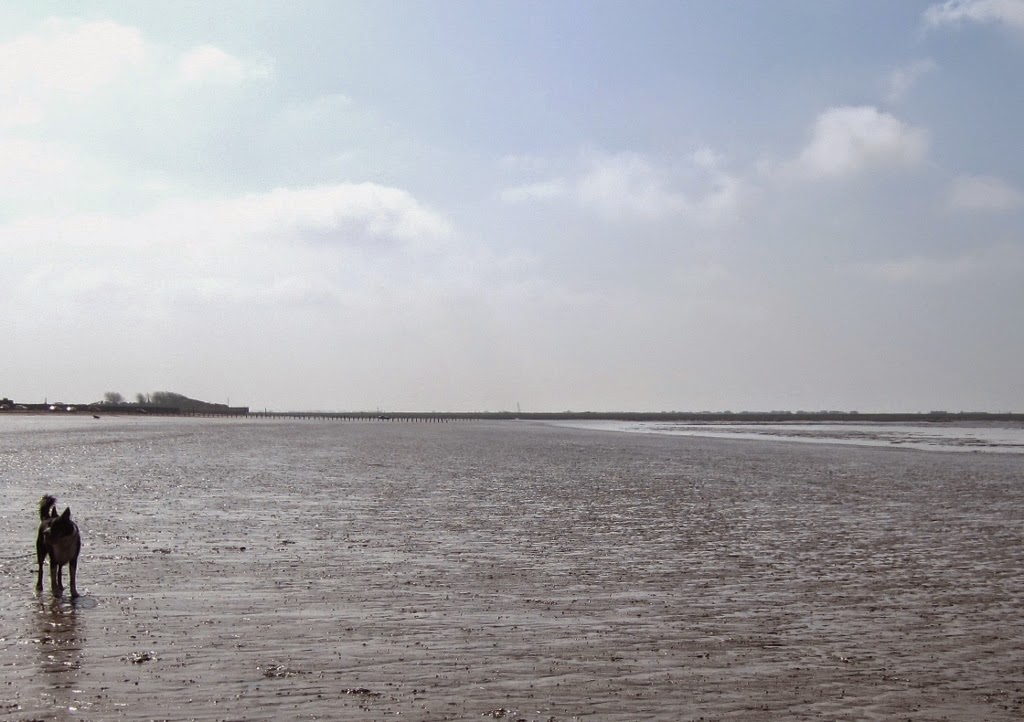 Posted by Deborah Harvey Poetry at 16:23