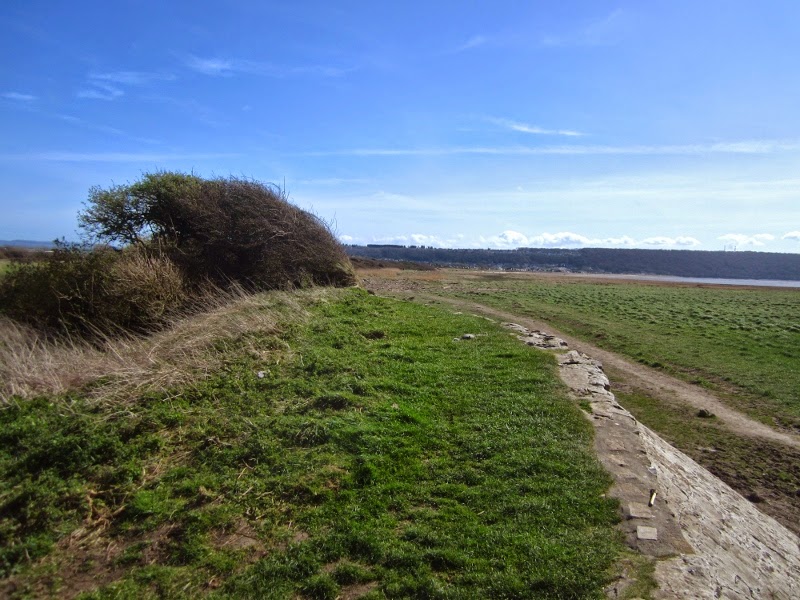 My favourite sort of landscape is bleak.  Not shopping centre car park or industrial estate bleak, though. My kind of bleak generally involves trees that look like this. 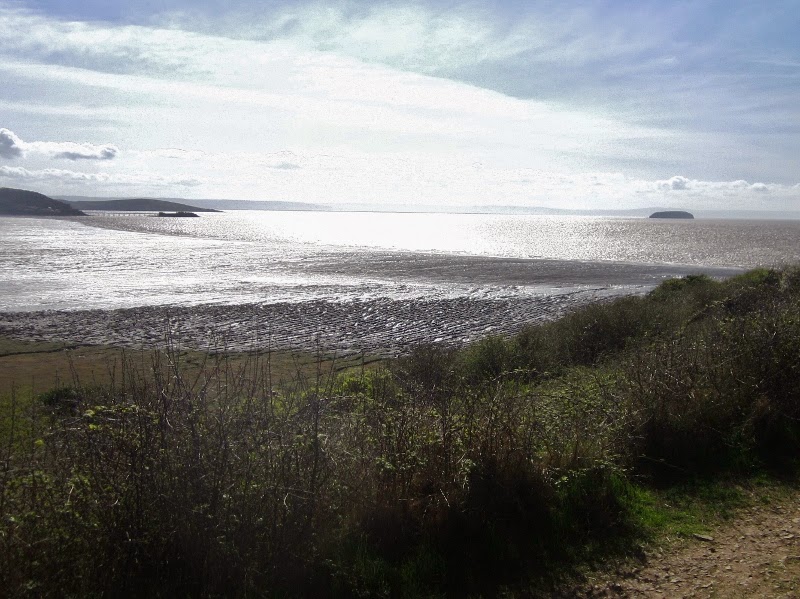 This specimen is to be found at Sand Point, just north of Weston-Super-Mare, where I went for a bit of a hobble on Saturday, sun and blue skies belying the chill, prevailing wind. 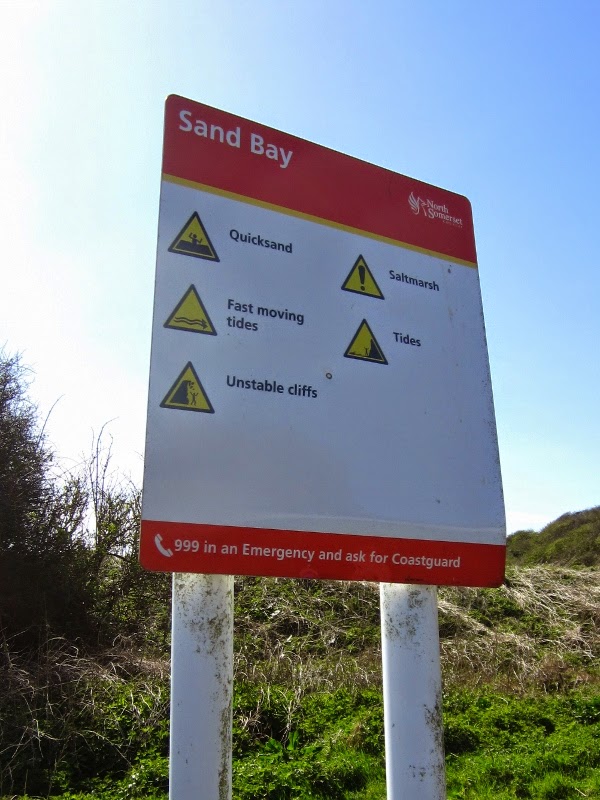 Sand Bay itself boasted a set of warnings that wouldn't disgrace an Australian beach ... 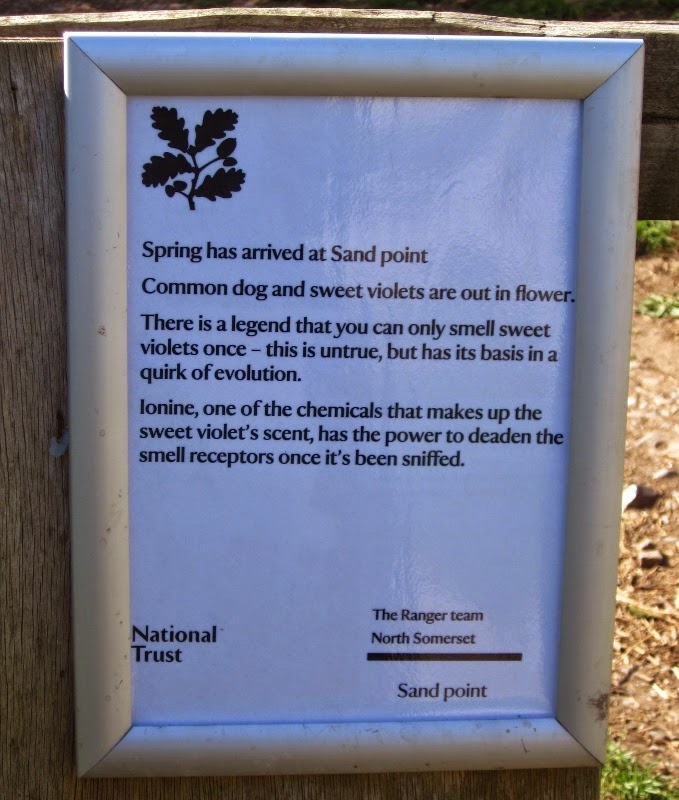 ... while the Point had a rather more charming notice. 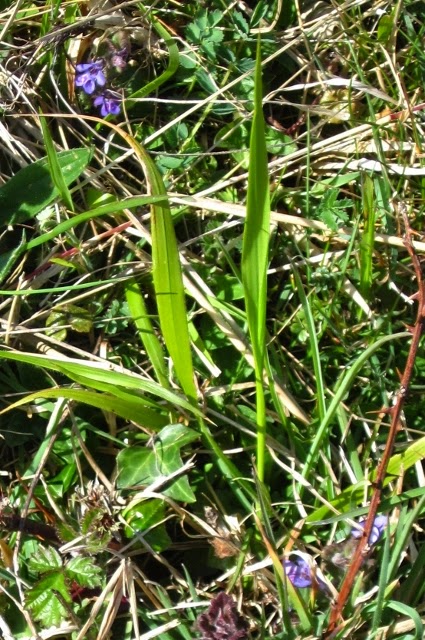 Ah look, there they are.
There were cowslips, bugle and birdsfoot trefoil as well.  And seals. 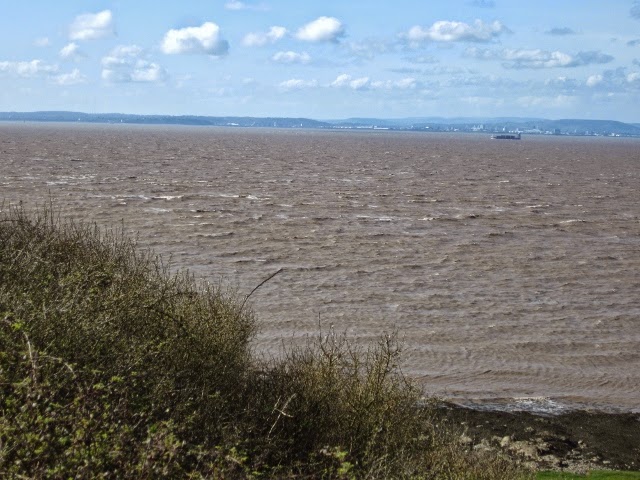 'Look at the seals!' a couple cried as they accosted us on the ridge.  'Have you got binoculars?  There are hundreds of seals down there, coming in on the tide. We've been watching them for the last half an hour!'

I squinted in the sun. I could see what looked like very black bits of shadow on the water. I supposed they could be seals ... maybe?  'Er, thanks,' I said.
We descended from the top of the Point to a path running above the shore.  'Nah, not seals,' we'd agree, and then, as a black shape curved and lifted with a wave, 'ooh, hang on, though ... ' 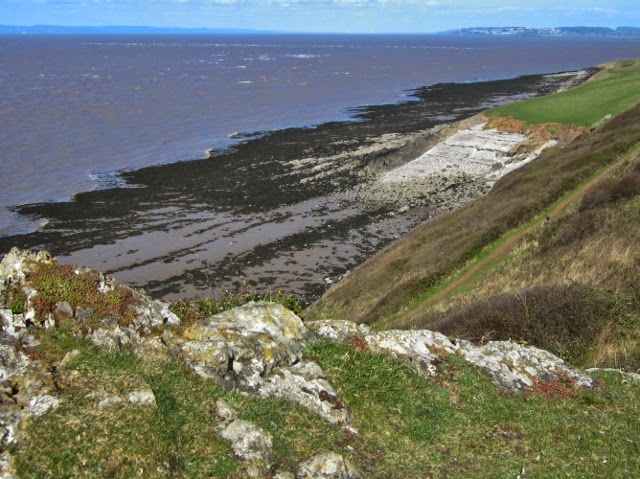 Back up on the ridge there were wide-ranging views over to Cardiff and Newport and upstream to Clevedon and the Severn Bridges ... 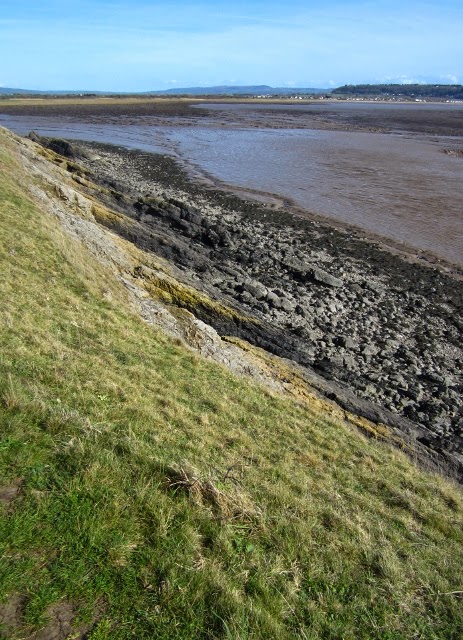 ... and in the opposite direction, and altogether closer at hand, Sand Bay itself ... 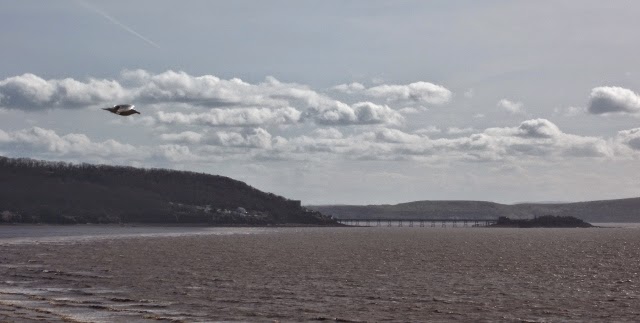 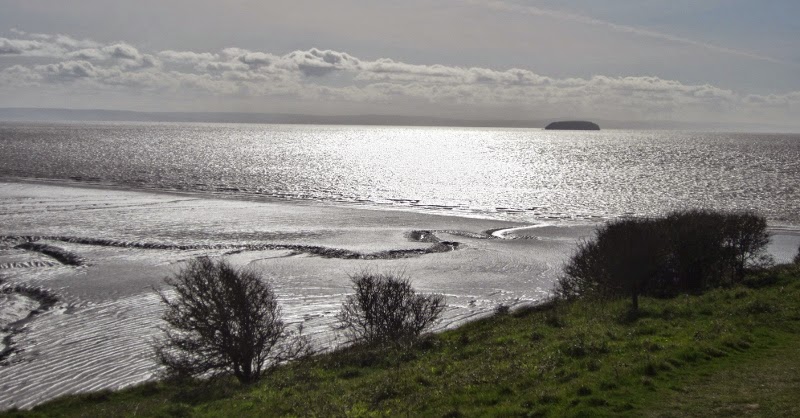 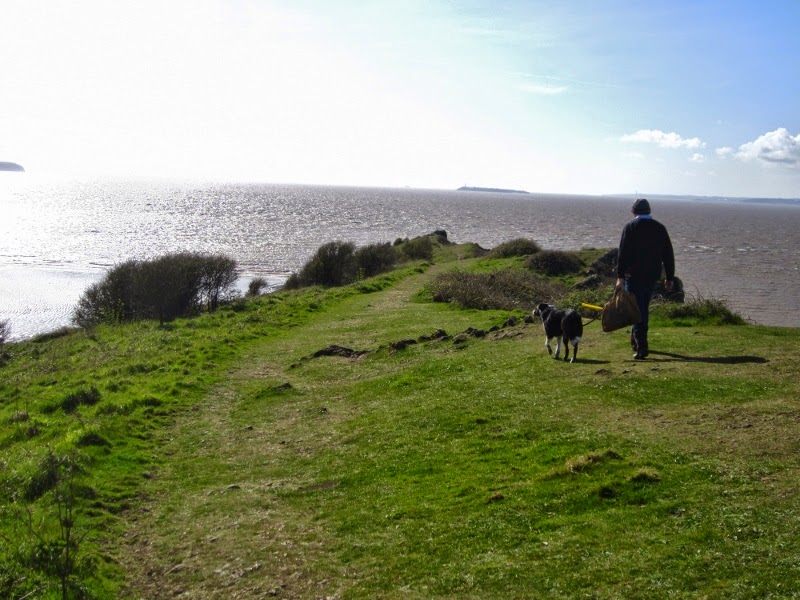 ... and Flat Holm up ahead, where Guglielmo Marconi transmitted the first wireless signals over open sea to the Welsh mainland. 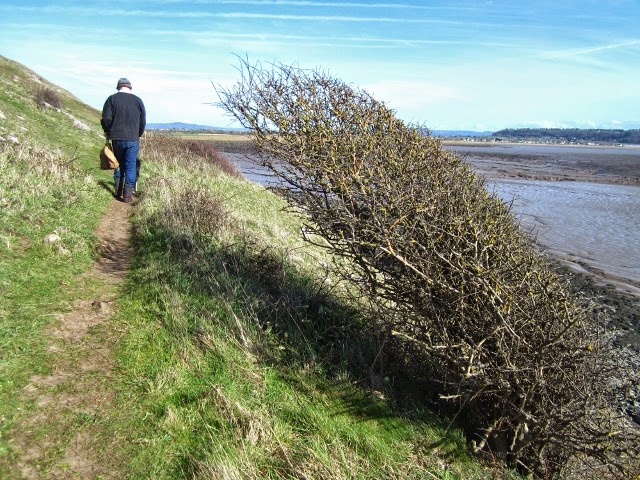 I was finding the rough terrain very challenging in places with my less than reliable ankle, so we decided to head back to the car park via a pleasant earthen path that wound around the side of the Point. 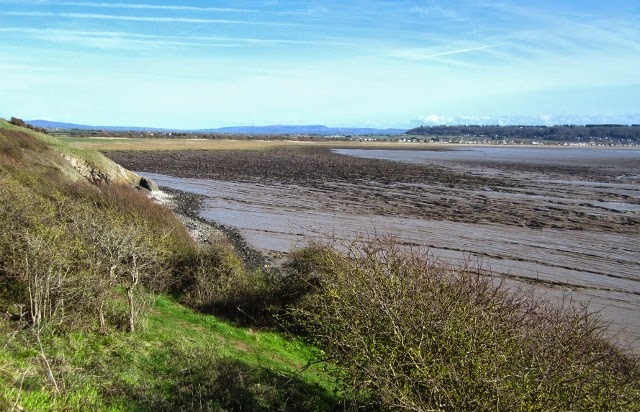 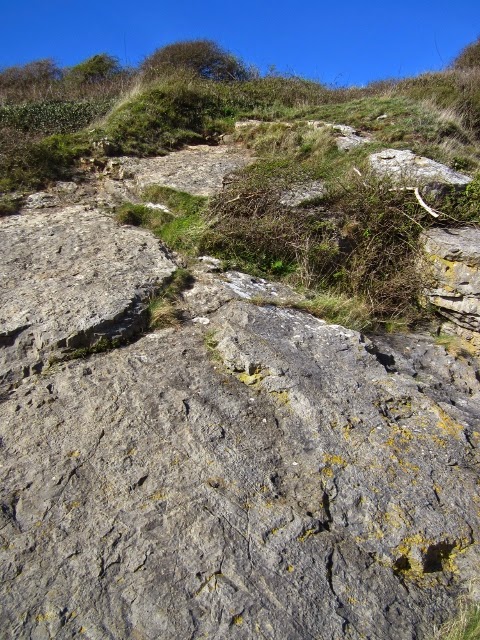 This worked really well for me until it petered out and I was confronted with a large expanse of very steep, smooth rock.  There was nothing for it but to slide down very carefully to the beach below. (This is what it looked like at the bottom.) 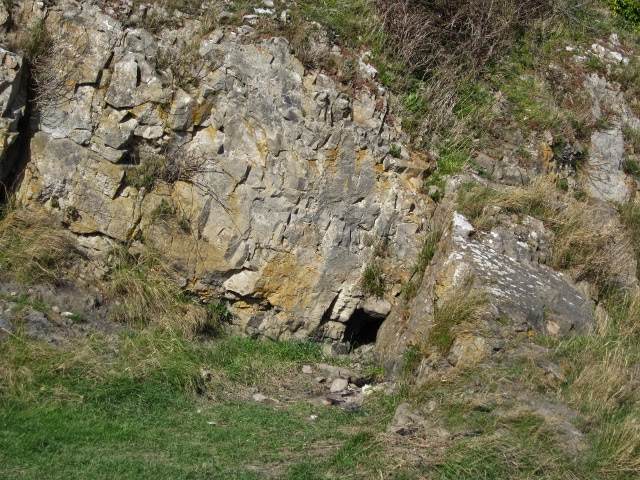 I wonder who lives in a house like this?

Heading back home, there were  none of the expected queues of traffic between Weston and Bristol and we were in good time for our meal out with friends.  But not before I'd opened some of my photos in Paint.  Definitely no seals.  Probably bits of black sea weed lifting with the waves, and made sharper and darker by the sun.

Come to think of it, the pain in my ankle was sharper and darker too, but a small price to pay for all that mud and salt and bleak.

Posted by Deborah Harvey Poetry at 23:04