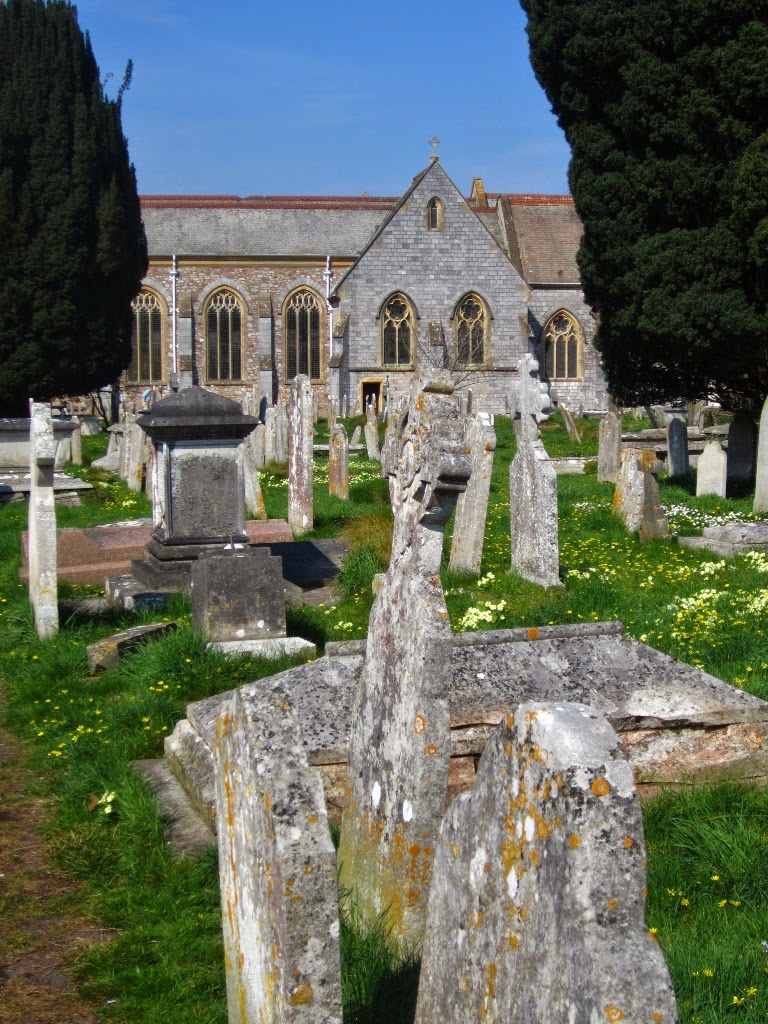 When I decided I wouldn't be going to Devon this Easter, I didn't know that I would actually have to visit, not for a lovely long walk over Dartmoor or along the coast path, but to attend the funeral of a family friend at St Gregory the Great, in Dawlish.  It was a beautiful day for it, and I'm glad if this made it a little more bearable for his family, for he was a good man and his going is untimely. 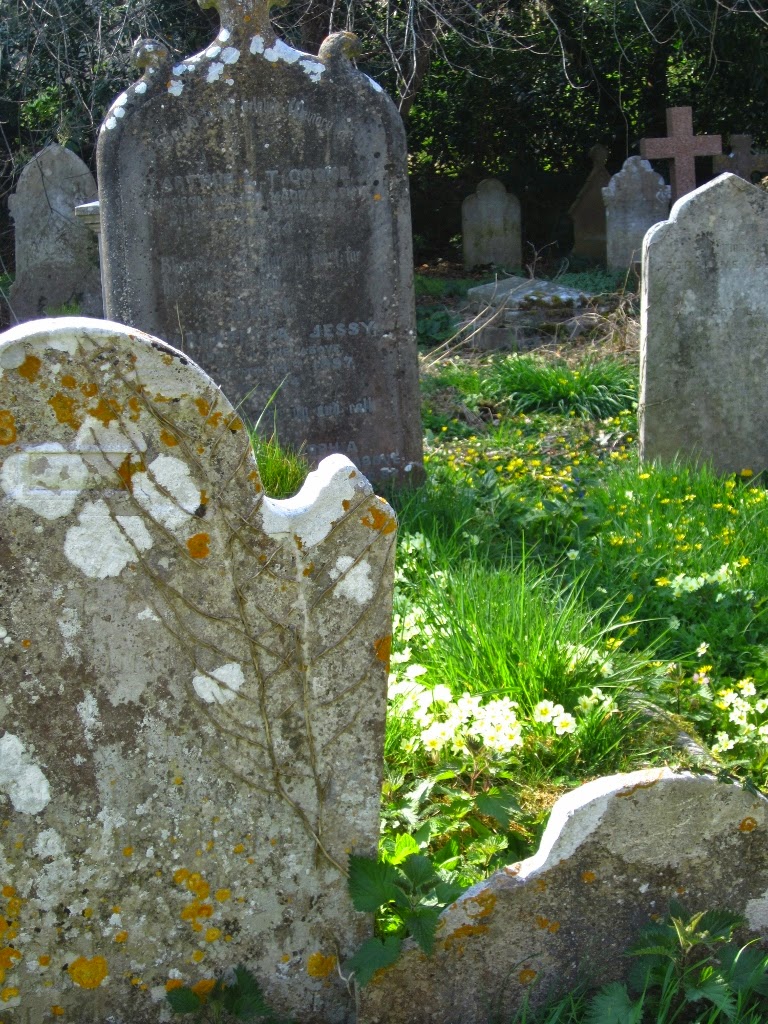 So I did get to see some Devon primroses after all, nestling between gravestones. 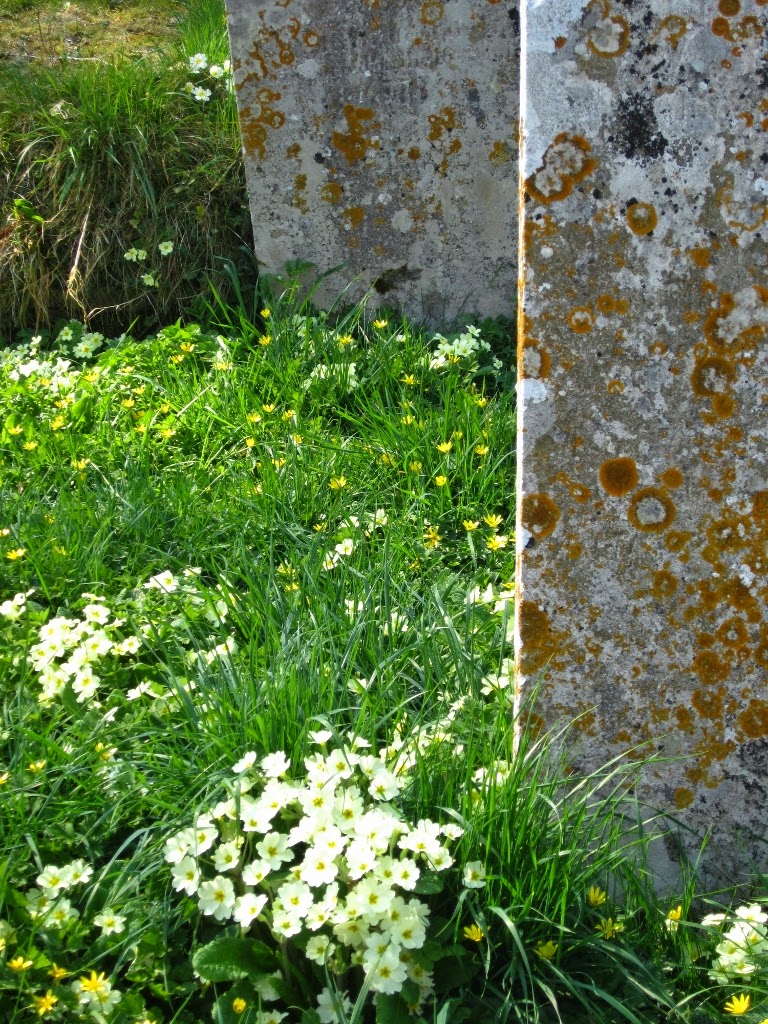 There were a few familiar names in the churchyard. 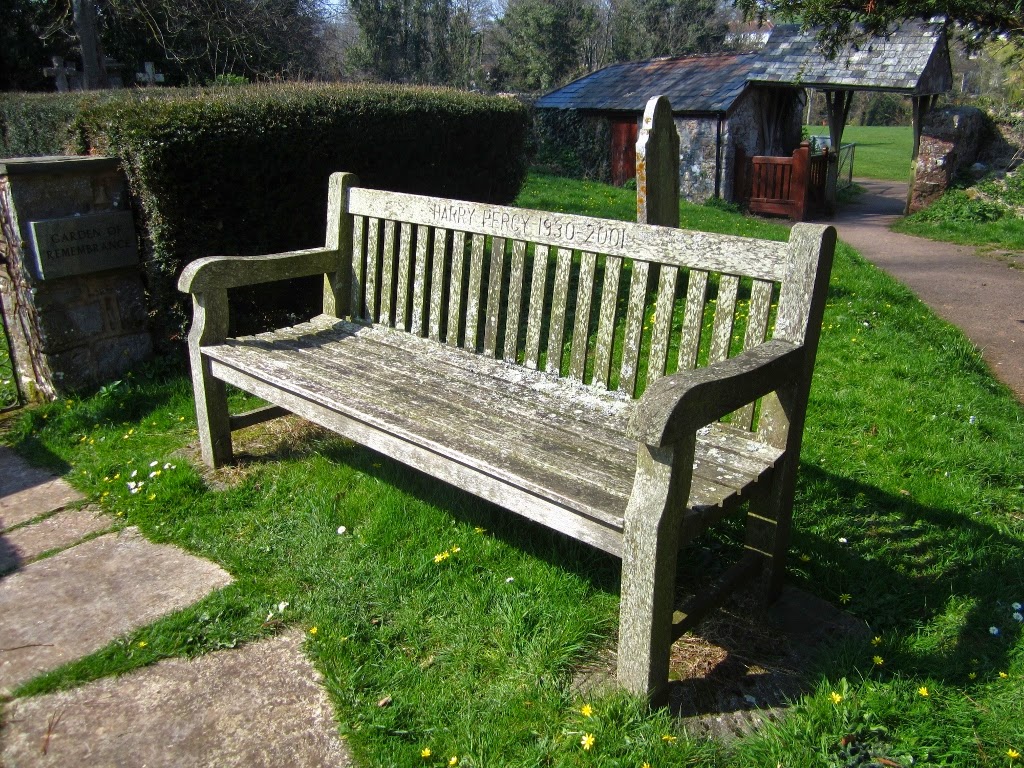 Harry Percy on this bench: 'the theme of honour's tongue, Amongst a grove the very straightest plant, Who is sweet Fortune's minion and her pride' Shakespeare says of an earlier lord by that name.  Did this Harry live up to his namesake? 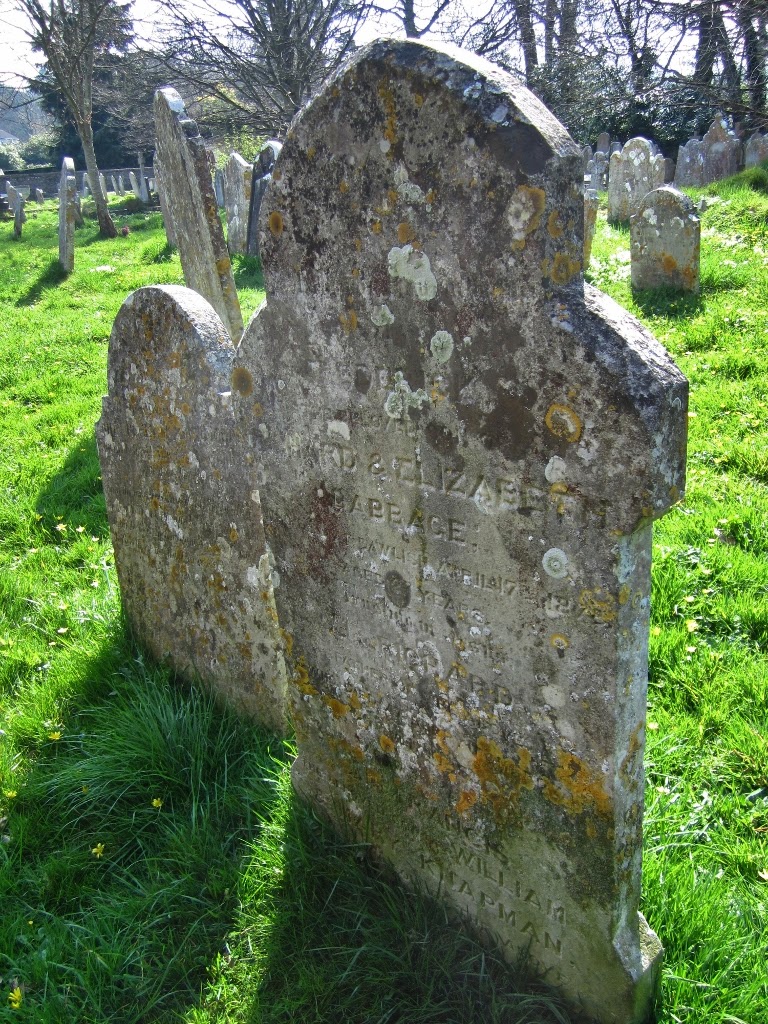 And then there were Babbages - lots and lots of them, which is quite exciting as Dawlish lies only three and a bit miles north-east of Teignmouth, where Charles Babbage, inventor of the-first-mechanical-computer-that-eventually-led-to-more-complex-designs, settled with his family in 1808. 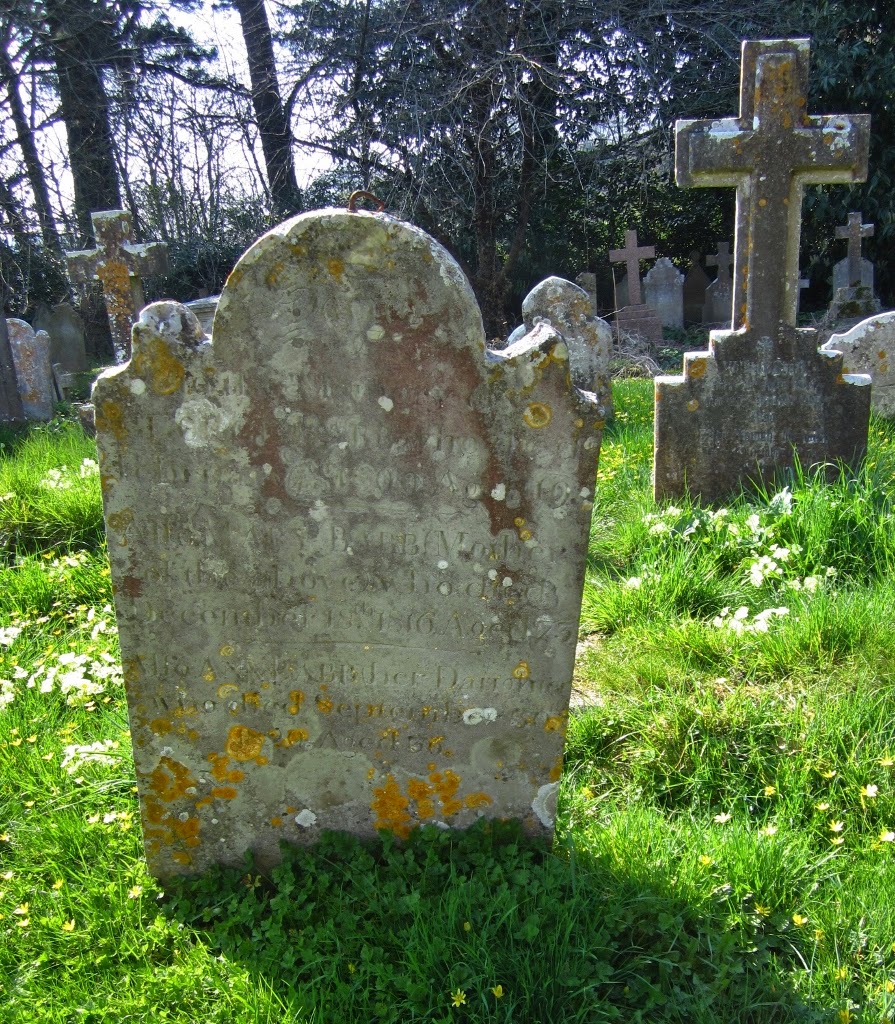 What d'you mean, tenuous?  They've got to be connected, right? 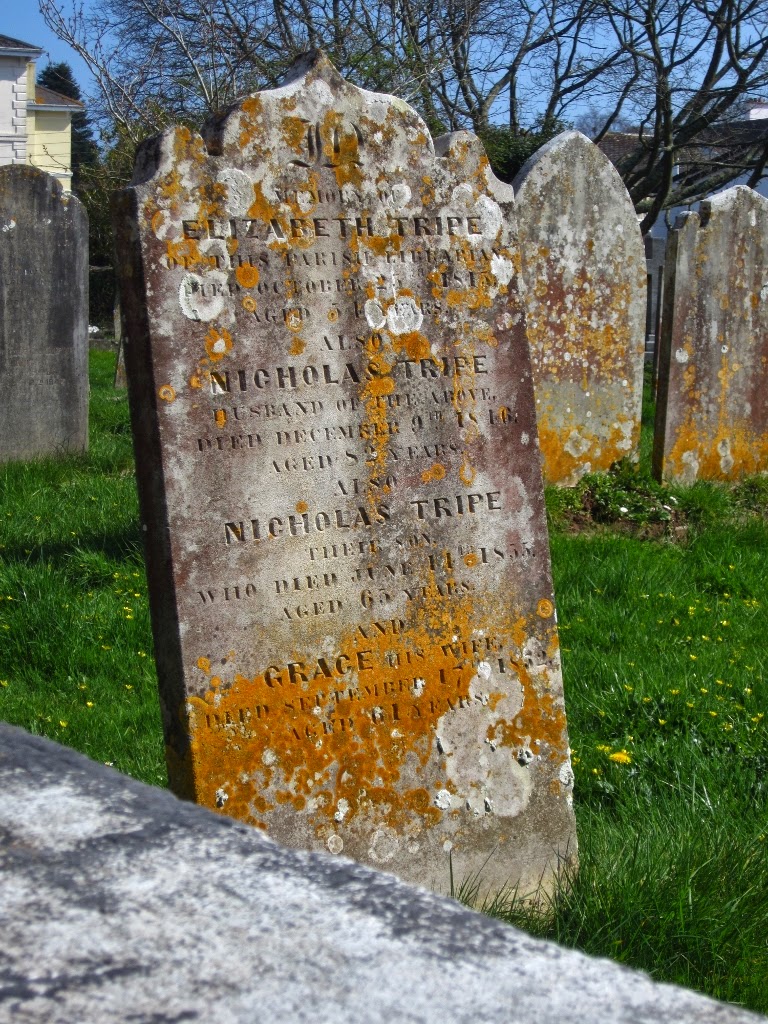 But then I found myself wishing that they'd been Cabbages instead, to go with all the Tripes buried there. 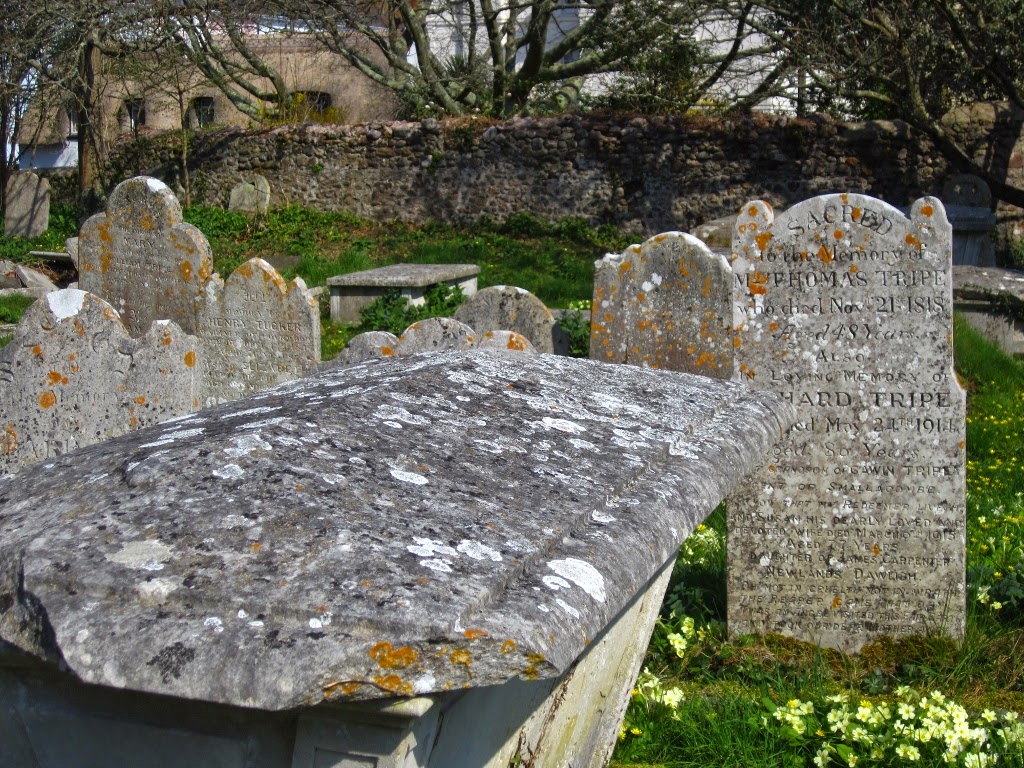 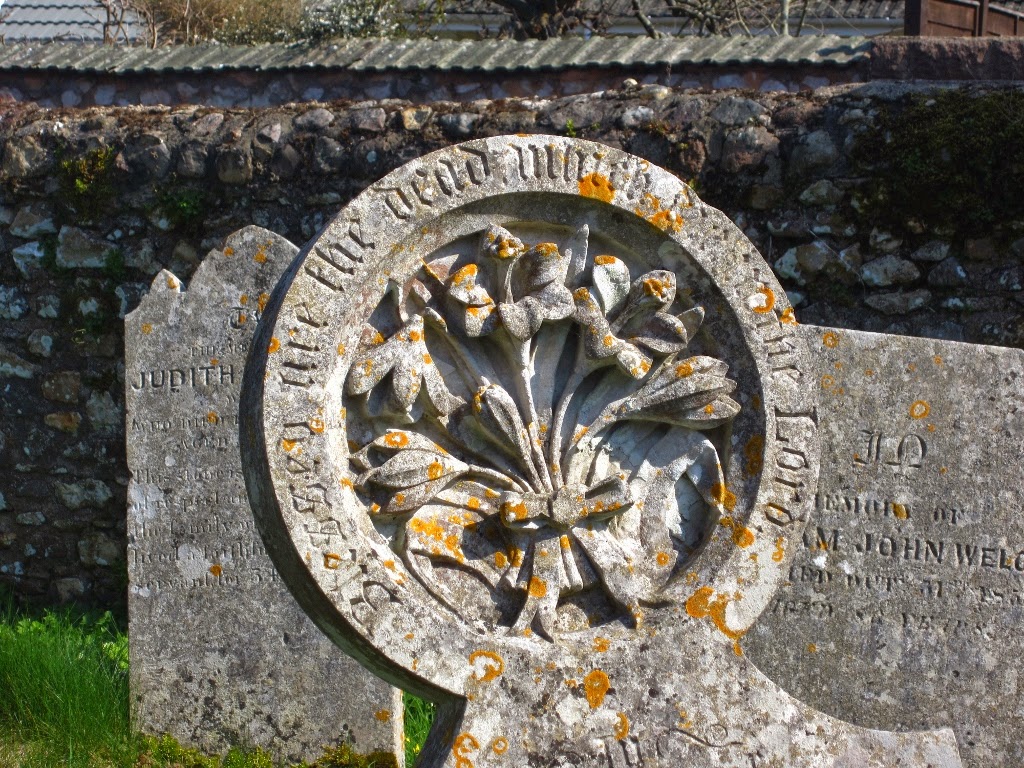 After the funeral, there was just time to celebrate my aunt's birthday back at the biscuit tin by the sea in Holcombe, my cousin and her partner having driven her up from Cornwall.
There was the haziest of views of Rippon Tor, Saddle Tor and Haytor Rocks as we drove over Little Haldon Moor on the way back to Bristol, but it was enough to make me hope we'll be back down there soon under happier circumstances. 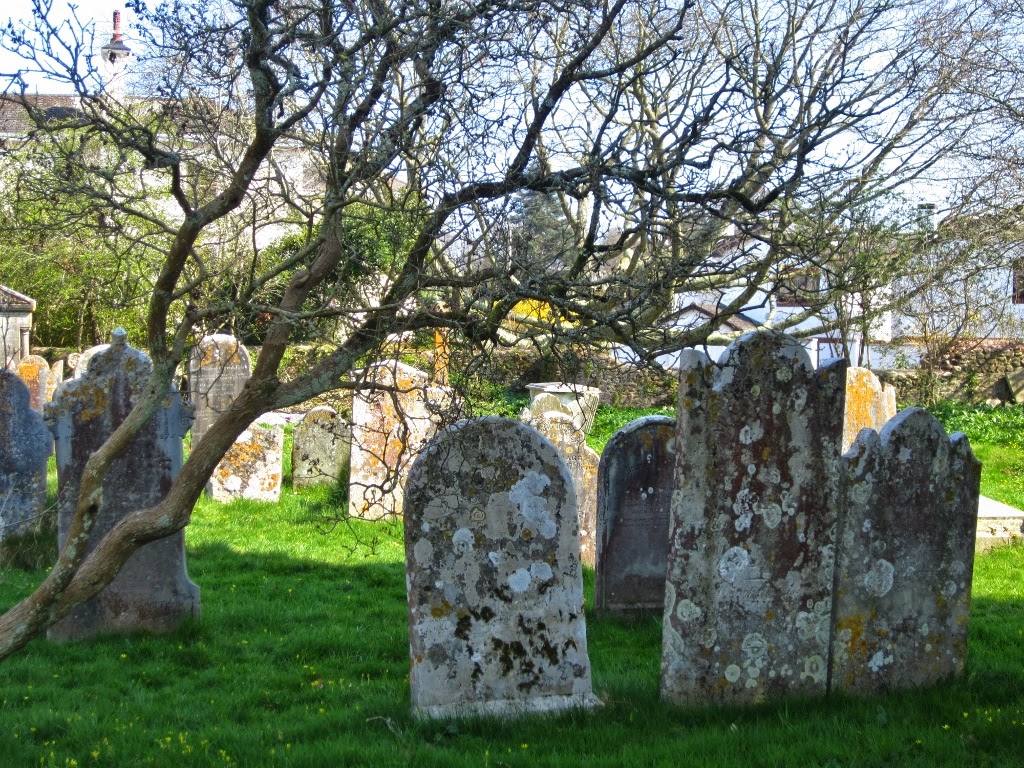 Posted by Deborah Harvey Poetry at 08:14