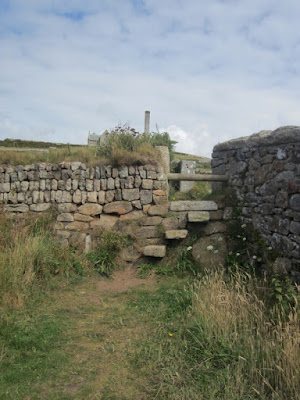 What's the other side of the stile? 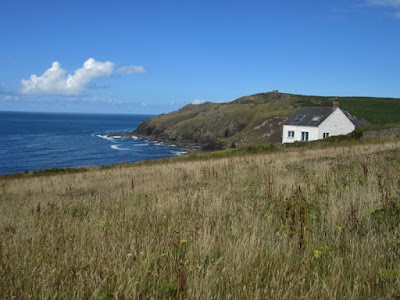 Why, this.  Cape Cornwall - or in Cornish, Kilgoodh Ust, goose back of St Just. 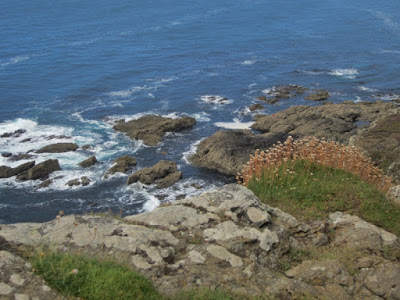 Lovely, isn't it?  In fact, the only thing that could make it more gorgeous would be the permanent installation of this. 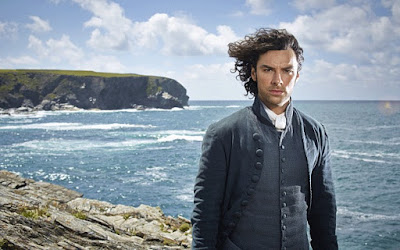 But it's not all wild beauty.  Like Dartmoor, this landscape is post industrial.  In the Kenidjack - or Nancherrow - valley alone, a little to the north, there are eight former mines. And this is what remains of the Kenidjack arsenic works. Nice. 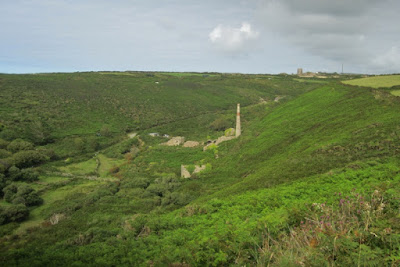 On the cliff top at the far side of the valley are the ruins of Wheal Edward and West Wheal Owles (which were in fact used during the filming of Poldark and thus justify my inclusion of a photo of the rugged and picturesque Aiden Turner). 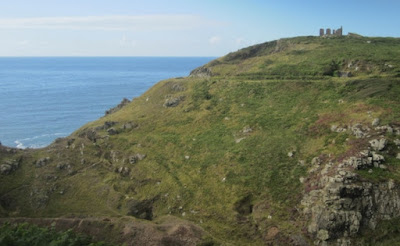 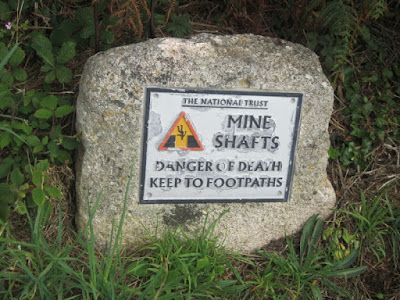 You can't even wander around without being warned about the past. 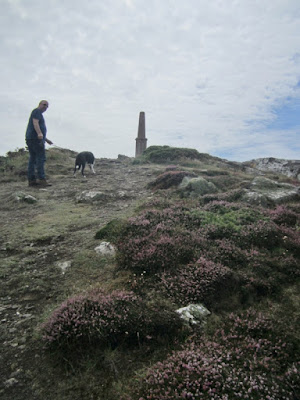 Most prominent of all is the mine chimney on Cape Cornwall itself, part of the less imaginatively named Cape Cornwall Mine. We were privileged to visit during the annual Flying Ant Day.

Until the first Ordnance Survey 200 years ago , Cape Cornwall, where the great Atlantic currents divide, was considered the most westerly point of Great Britain.   There are good views from here to the usurper promontory, Peal Point (now known as Land's End), four miles to the south. 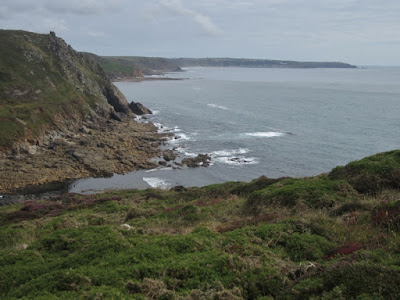 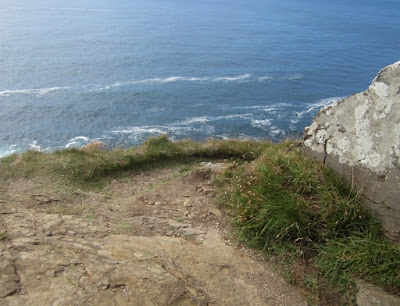 There are also some perilous-looking paths right at the very edge of the cliff. Danger of Death EVERYWHERE. 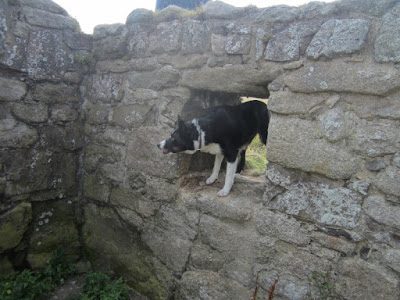 Being a bit of a history buff, Ted was also interested in St Helen's Oratory, which dates back to Romano-Christian times (approx 4th century). 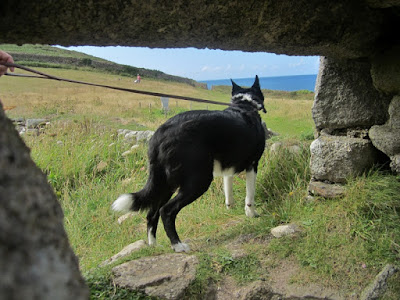 The ancient cross on the gable end of the chapel was found nearby. Apparently another cross, with a chi-rho monogram, was discovered in the mid-19th century, by the John Buller, the Vicar of St Just, and taken back to the vicarage, but unfortunately his successor threw it down the well and it has never been recovered. Ding dong dell. 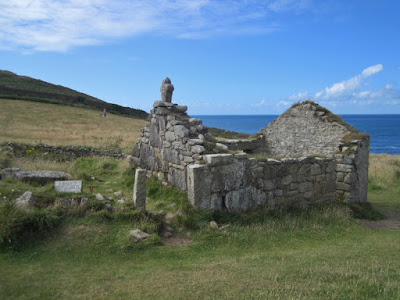 Posted by Deborah Harvey Poetry at 07:09