It’s been an eventful few days.  On Thursday night I had a phone call from Daughter No 2 to say that she was stuck on a bus in the middle of Stokes Croft while a pitched battle raged on all sides.  The road was closed, there were police with riot shields everywhere, and it was getting hairy.  Luckily, I hadn’t had much to drink so was able to drive down and extricate her. 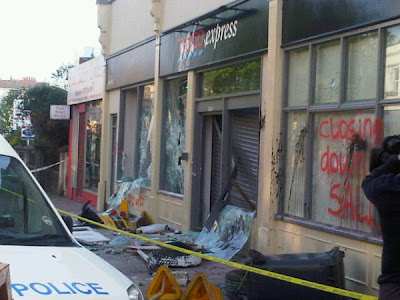 Apparently, 160 police, some of them drafted in from South Wales, were needed to help arrest four squatters whom security guards working at the brand new branch of Tescos (which most locals oppose) claimed were making petrol bombs.  The result was a pitched battle involving an estimated 300 protesters which lasted most of Thursday night.

It's all starting to feel very much like the 80s. 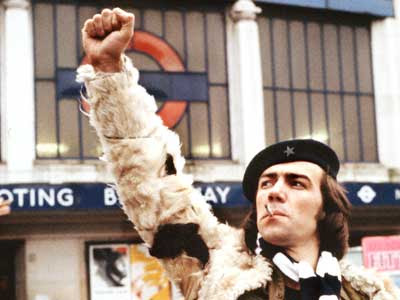 In contrast, the next day was lit up by the humanity of the Robert Lenkiewicz exhibition at the RWEA, followed by another jaunt on Saturday, chauffeuring my elder son to the O2 to see three Robot Wars shows.  (Being his Personal Assistant means that I get to drive all over the country in pursuit of his obsession, and whilst finding things to do in Barnsley on a freezing, wet Sunday afternoon in February can be a challenge, there’s no such problem with London.)  I had company too, in the shape of my younger son who had come along for the ride.  Unlike me, he’d already been to the Imperial War Museum but was keen to revisit, so that’s where we went. 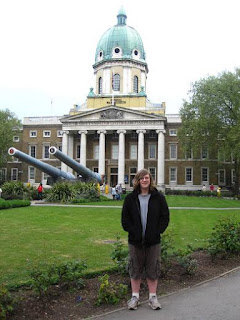 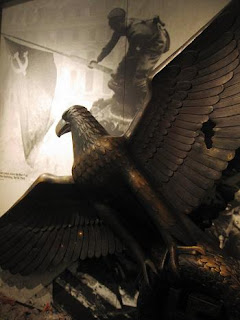 There was a lot to see that was disturbing, but the most horrifying part of our visit was the Holocaust exhibition.  Going round, I remembered the first time I ever heard that word and learnt what it meant.  I must have been in my very early teens, and was sat at our utility dining table doing my homework when Panorama came on.  It was such a shock. My brain couldn’t take in what it was seeing, and my assignment went undone.  Since then I’ve been to Dachau and Yad Vashem, but am still no closer to comprehending any of it. 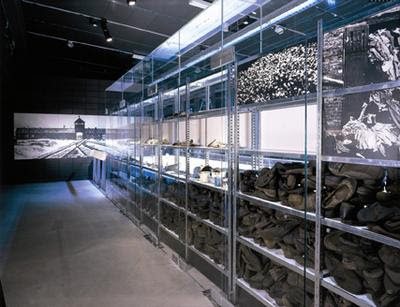 Every day atrocity. You have to wonder what it will ever take for us to value our differences and live in peace.

Posted by Deborah Harvey Poetry at 00:35