Through a fog darkly

Because it's hard to get together, what with geography and Covid and three of us being key workers, we decided we'd travel to Dartmoor to scatter my parents' ashes on the one day we were going to coincide, which was Christmas Day. And in fact, given that almost all of my Christmases have been spent in the company of my parents, it felt fitting to share at least part of the day with them one last time.

I'd imagined a chilly, possibly frosty morning, with shaggy cattle and ponies grazing the scrub and our breath coming out in clouds and hanging on the air. The BBC weather forecast had other ideas, and stubbornly predicted rainy showers and sunny intervals for days in advance, and I decided that would do, being fairly typical of Dartmoor. My main concern was that it would be clear enough to make out the Teign estuary to the east. This was because it was my father who really wanted to be scattered from the main outcrop at Haytor Rocks; my mother had hinted she'd be quite happy in Rose Bed No 2 at Canford Cemetery, but in the absence of a firm decision, the general family feeling was that they should be together. I was hoping I could point her in the direction of Shaldon, where she'd spent long and happy hours knitting in the sun, and tell her to make her way down there, rather than hang about among those grim granite pillars that never really formed part of her inner landscape. 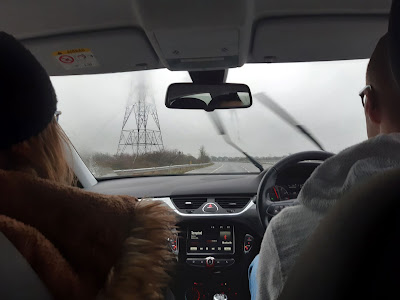 In the event it was wet, though from 10am it would be sunny and showery, according to the forecast. Taunton came and went in a spray of rain, then Exeter, then Bovey Tracey. Finally, as we climbed past the turning for Parke, it stopped raining, only for fog to descend like a security shutter. You couldn't see as much as a glimpse of the tor, a scant quarter of a mile away, from the top car park. 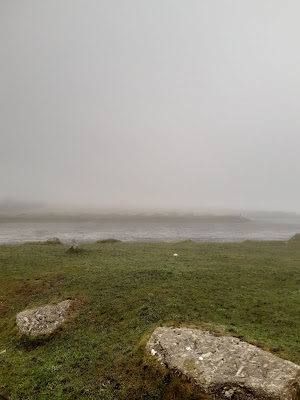 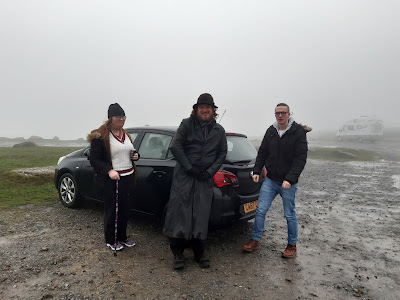 We pressed on, keeping to the middle of the wide grass path so we wouldn't go astray. Eventually, the rocks came into view and we made our way towards the easternmost outcrop which, on a clear day, has the best coastal view. 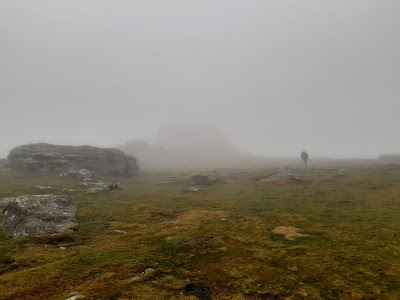 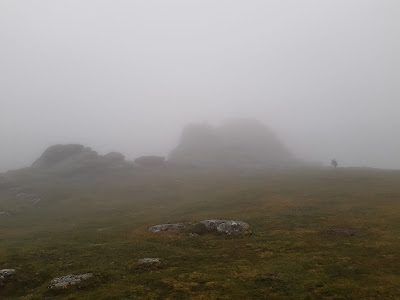 My father had long expressed a preference to have his ashes scattered from the top; I'd always joked that he shouldn't leave it too long as I wouldn't be capable of climbing it indefinitely. In the event, he lived till he was 95, and the fog dispelled any lingering notion that I might actually attempt to fulfill his wish. Instead we made for a promontory at its foot. 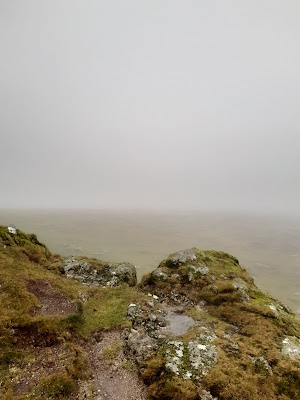 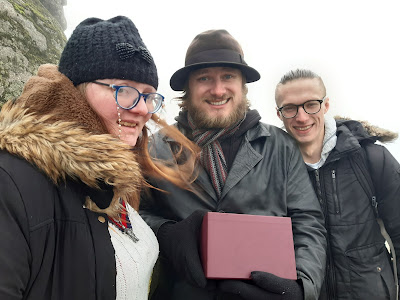 Someone had tucked a rose into the rocks right where we stopped. I imagine it's a popular place to commit the last of someone close to the elements. 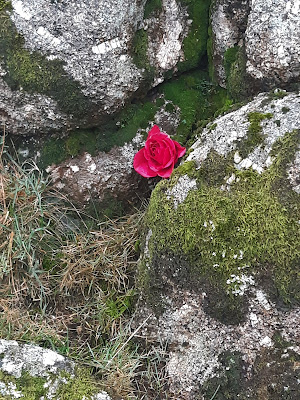 My father went first, per ardua ad astra, as befits an RAF veteran. 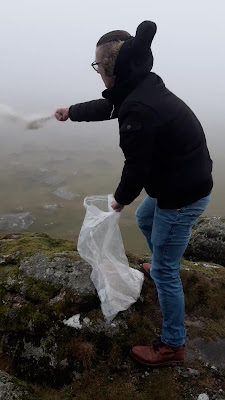 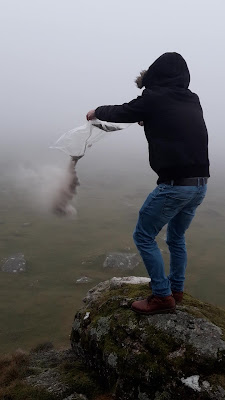 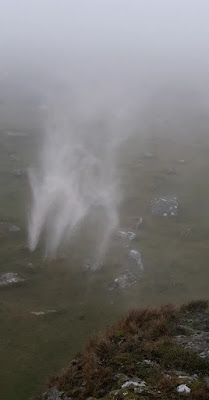 For a moment his ashes described a horse hanging on the air, the one we couldn't see for fog.
Then my mother. Unfortunately the wind was blowing in the wrong direction, and she was more likely to end up in Exeter or Crediton than Shaldon. And despite our best efforts not to do a Walter Sobchak in The Big Lebowski while scattering the ashes of Donny, it was so blustery a dusting of ash did end up on my son's coat. Still, I'm hopeful an atom or two of her will make its way to the seaside. 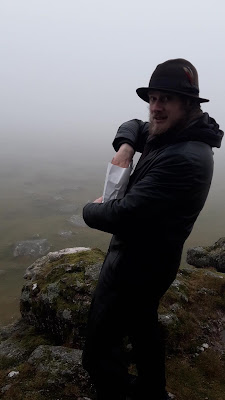 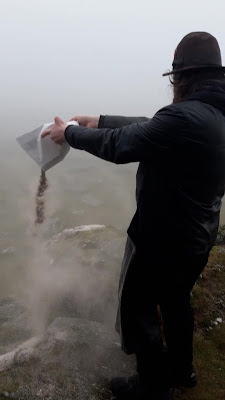 And then Son the Younger sprinted up the tor to appease the shade of my father, just in case, while I willed him not to miss his footing in the fog. 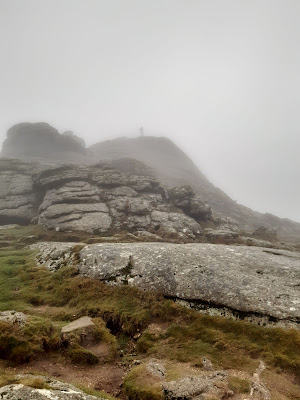 On the way back to the car an invisible raven called from an invisible sky. Then it was back through the rain to Bristol and our Christmas dinner and presents and light and warmth and a very happy collie called Cwtch. 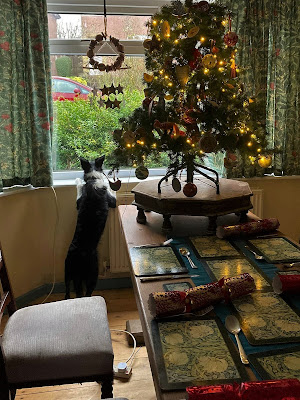 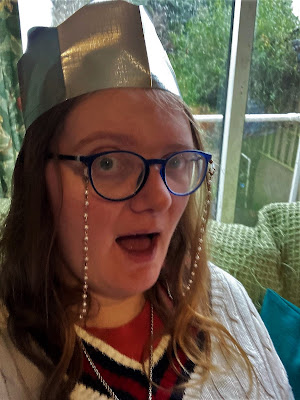 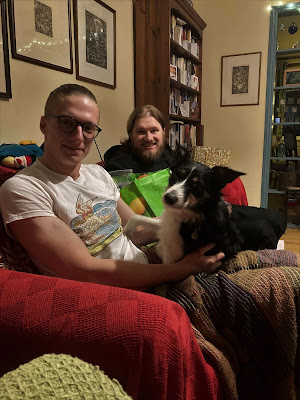 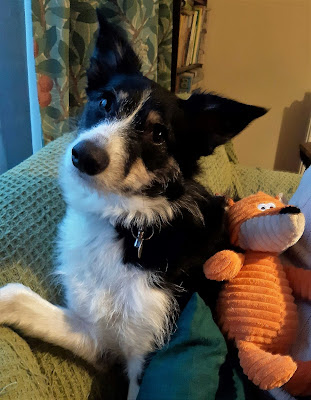 Posted by Deborah Harvey Poetry at 20:46