Leigh Woods in frost and mist 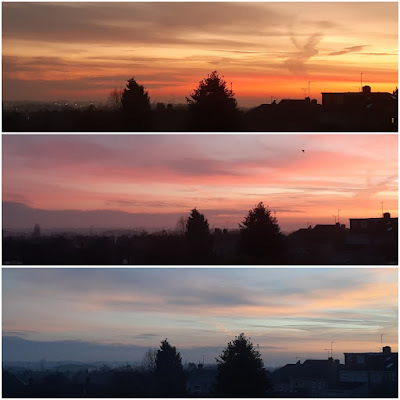 It's quite difficult socialising a young pup close to where we live. There's the meadow, of course, but we seldom see anyone else up there. The nearest place to walk her where there are other dogs is a playing field the far side of a dual carriageway, but a few of them are quite in-your-face, and Cwtch gets a bit nervous. So, after much debate re the meaning of the word 'local', we got up at sunrise and drove 4.9 miles to Leigh Woods, where dogs are (supposed to be) on leads, and are therefore a bit less scary for a very young collie.

As it turns out, our prime minister travelled further for his exercise, so presumably we weren't in breach of the rules, whatever they are. Also, we were there long before the crowds, and just leaving as they arrived - so many bikes! so much lycra! - so it worked out well all round. 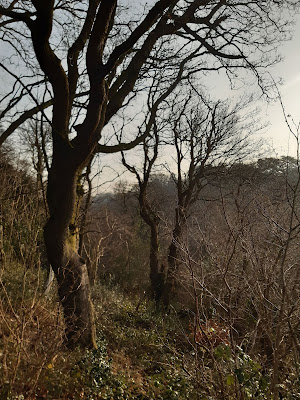 Along the top edge of Nightingale Valley
And it was beautiful. Sun and frost, a misty blue light ... 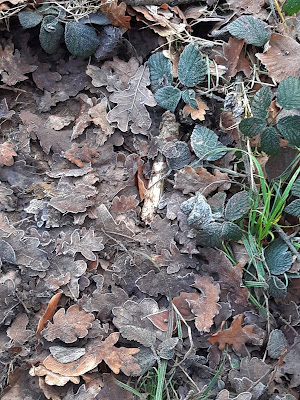 ... and the gloriously twisted veteran trees that make these woods, and the nearby Ashton Court estate, such a joy to walk in during the winter. 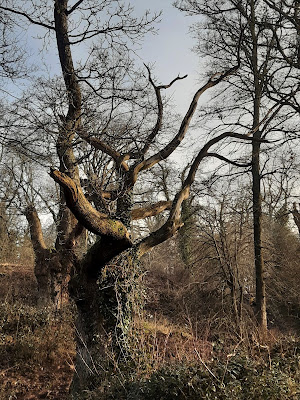 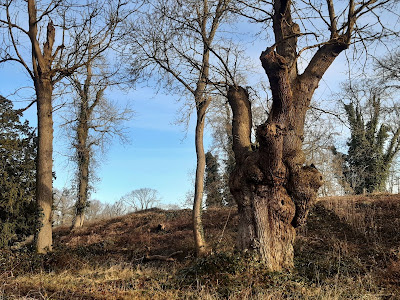 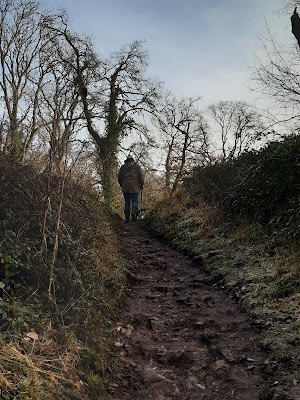 Up through the ramparts 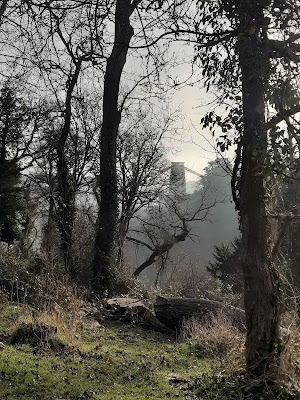 First glimpse of the Clifton Suspension Bridge in the mist 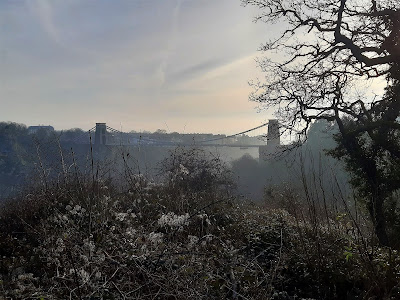 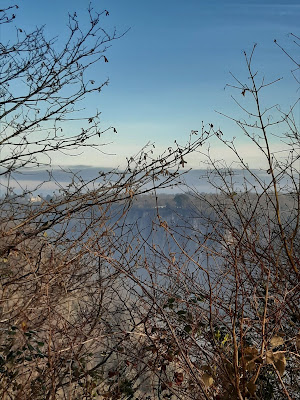 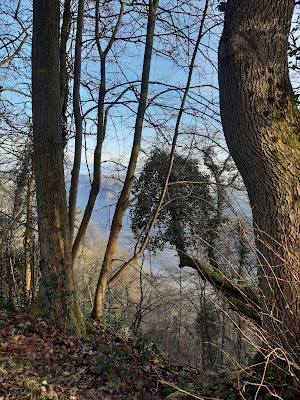 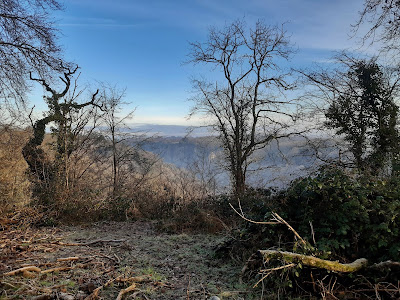 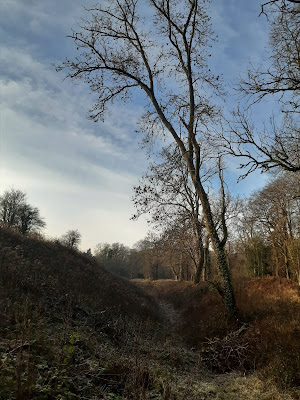 Around the third side of the camp 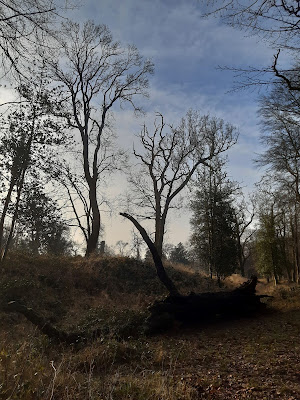 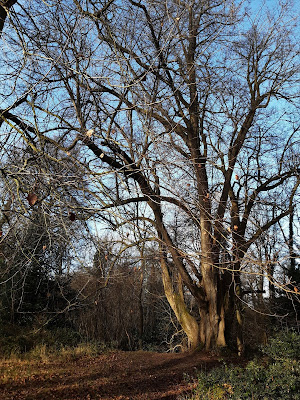 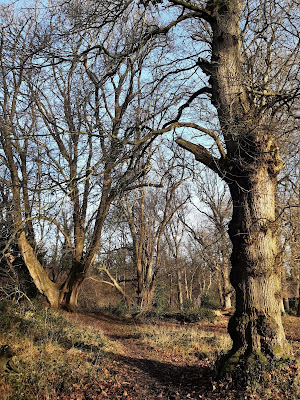 On the left, a veteran small leaf lime coppard, which is a tree that has been coppiced and then later pollarded. 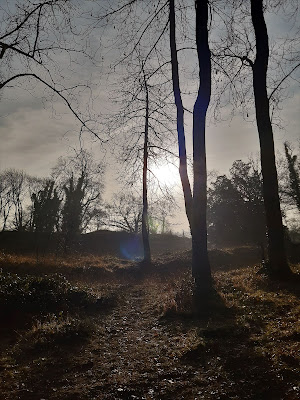 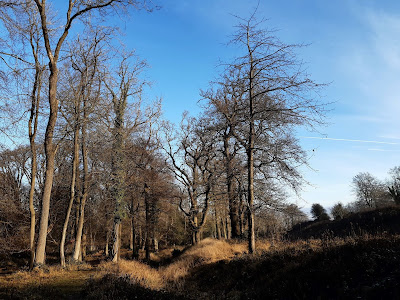 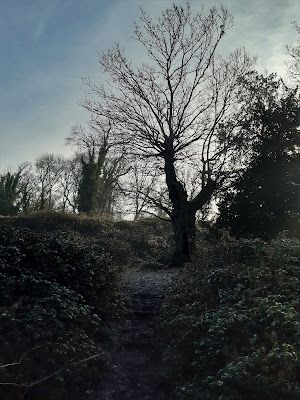 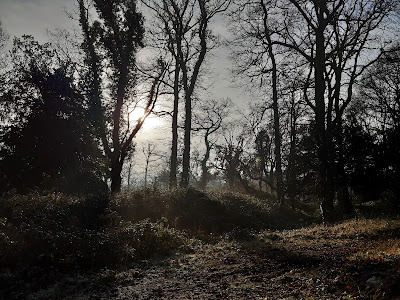 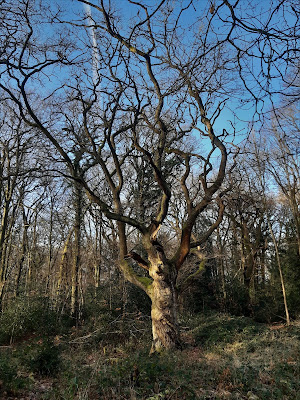 One of the most striking trees in the woods is the veteran yew standing on the parish boundary. I love the way the wall, which was built in 1813, breaks to accommodate it. 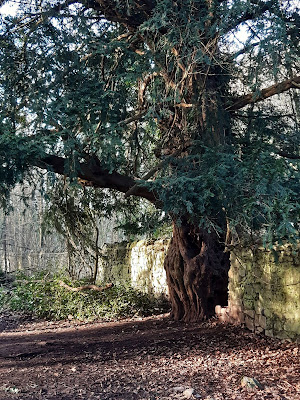 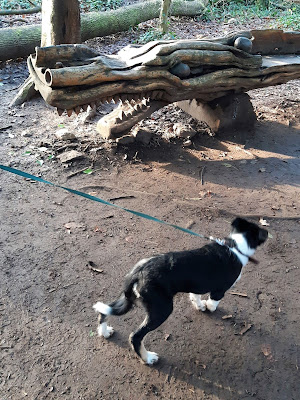 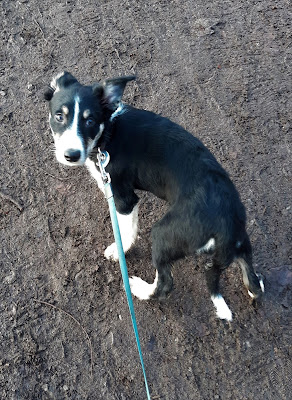 Something bitier than you? Oh dear. 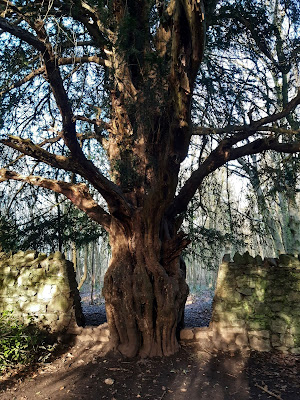 Posted by Deborah Harvey Poetry at 18:41