One of the things I missed most during last year's miserable spring was the almost complete lack of may.  It was just wrong wrong wrong and I blame the unseasonably late snow that we had in March, for depriving the land of later drifts of blossom.

Not so this year - in fact, my drives to Yorkshire towards the beginning of the month and to Manchester and Liverpool the following weekend were more like bridal processions.  It made me wonder if the oak isn't the wrong choice for our national tree.  After all, we don't name a month after it, do we? (The first person to say Oaktober will get a hard stare.)  And whilst there's no doubting the larger tree's magnificence,  the sight of tracts of landscape covered in white, with the occasional, more isolated thorns to mark the old ways really brings home its significance to our ancestors. 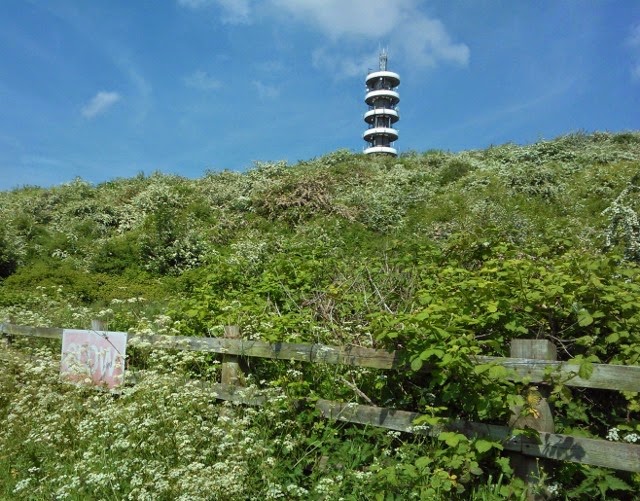 Here are some photos I took on my phone when I was up on Purdown on 14th May.  When I semi-glanced at the road sign you can see in the first one, my brain  short-circuited and I read it as SNOW instead of SLOW. 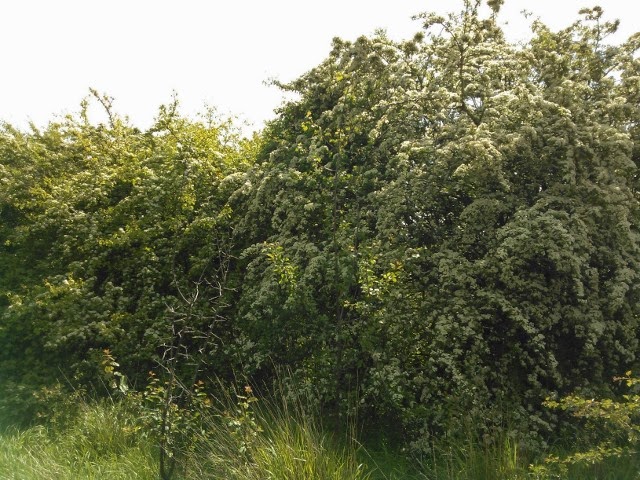 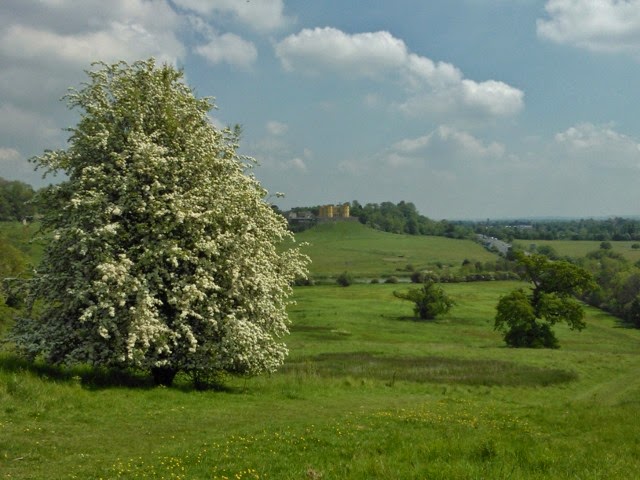 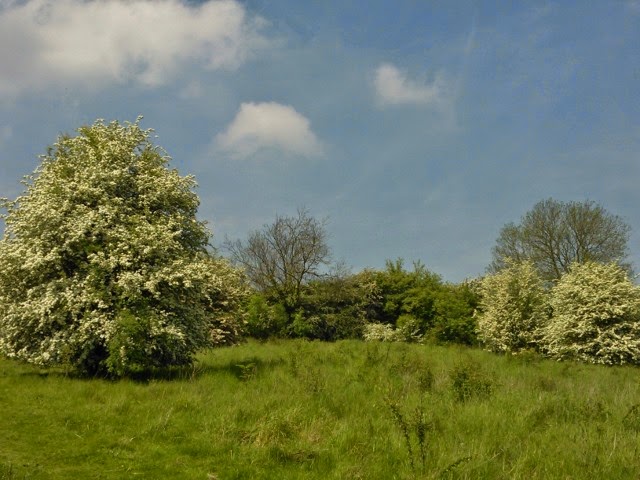 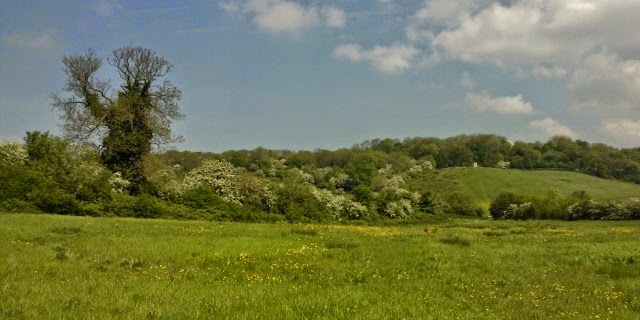 Within a week all this glory in Bristol had disappeared, yet when I went up on Dartmoor a full nine days later,  it was to find that the may there had yet to blossom fully.  It reminded me of how, in the absence of instruments to measure it, time was not as well regulated for our ancestors as it is for us. 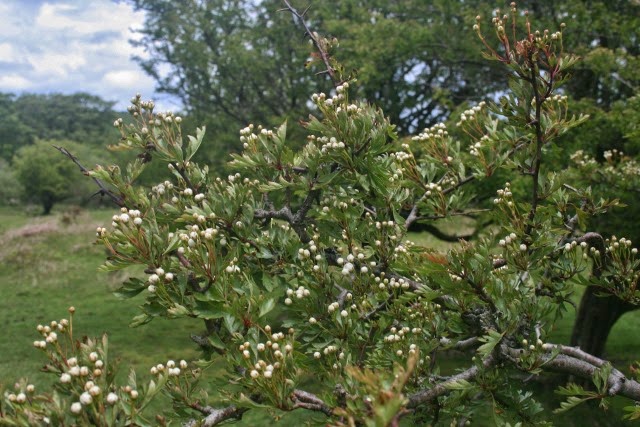 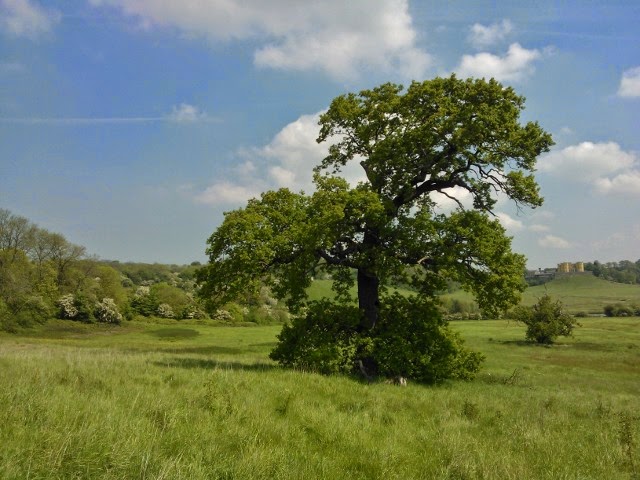 Of course, I would be failing in my duty as a card-carrying Libran if I weren't to backtrack at this point and mention how beautifully the oaks of Purdown were doing at the same time ... 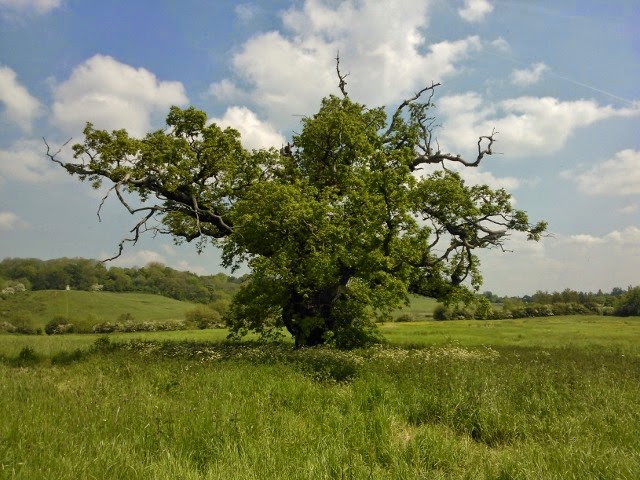 ... but I think the final word on the matter should go to William Wyrcestre, who heard tell from Dynt the Pumpmaker back in 1470s that it was a whitethorn, not an oak that marked the centre of Brygstowe once upon a time, long before the first coming of Bristol High Cross.

Posted by Deborah Harvey Poetry at 12:30