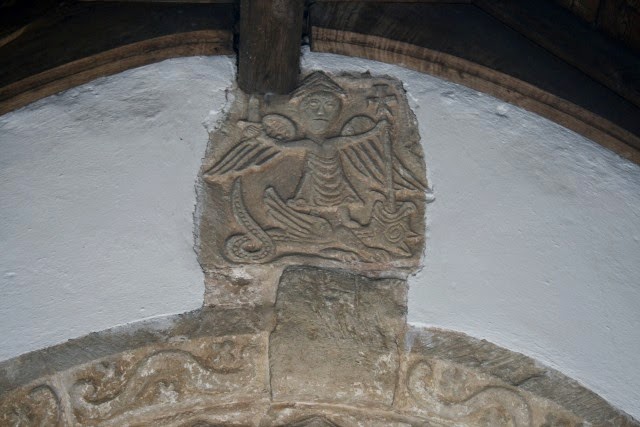 Well, one anyway - up there - quick, look!  And a St Michael busy vanquishing him. 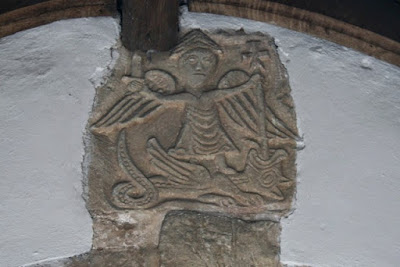 Tell you what, let's zoom in a bit.


Although the saint could be a very rare wingèd Christ, apparently, but as the Church is called St Michael and All Angels, and is on high land as St Michaelses tend to be, we'll go with the former. 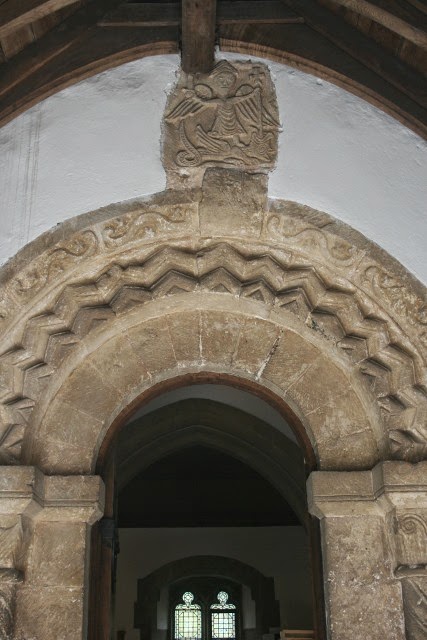 And it's Saxon, dating from the mid-11th century, and thus considerably earlier than the newfangled Norman stonework surrounding the door below it, which is not even an integral part of the building, I mean, look how those dastardly invaders bodged it at the top.
I know all this because whilst I was in St Michael's in Flax Bourton this weekend for the arts exhibition (which was impeccably run and well attended), I was taken on a guided tour of its treasures by local expert, Brian Mayled. 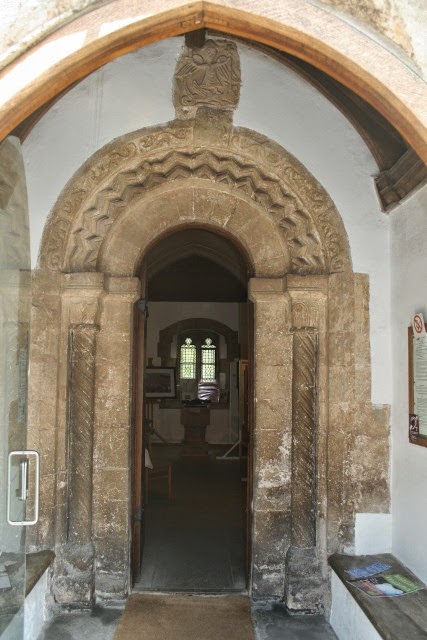 And with him pointing out the typically Saxon features of the building, I could see its provenance for myself.  Look past that fancy carved stonework at the narrow, tall doorway, so reminiscent of those at the Saxon Church in Bradford-on-Avon. 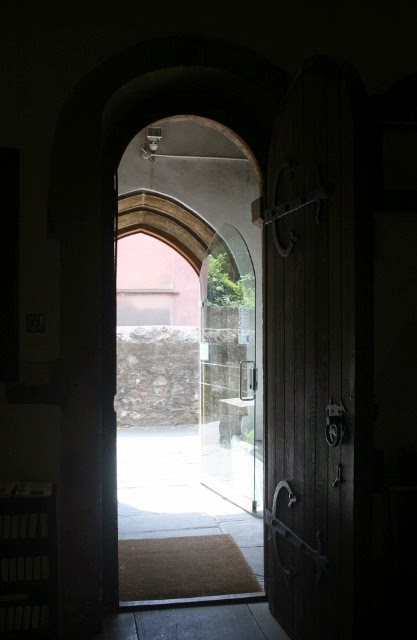 And, ignoring the Victorian north aisle, the internal dimensions - walls twice as high as their width - are also typically Saxon though I couldn't get a clear photo of this because of all the art. 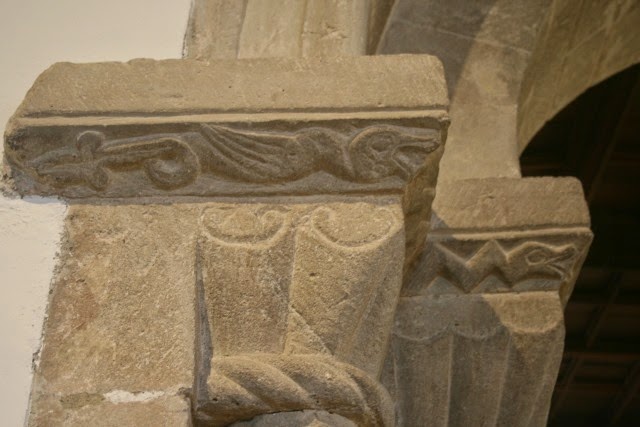 Here's some more Saxon stonework - a bird and a wyrm, although obviously not the sort of worm a bird might peck out of the ground - this is a serpent and so probably not at great risk from its neighbour. 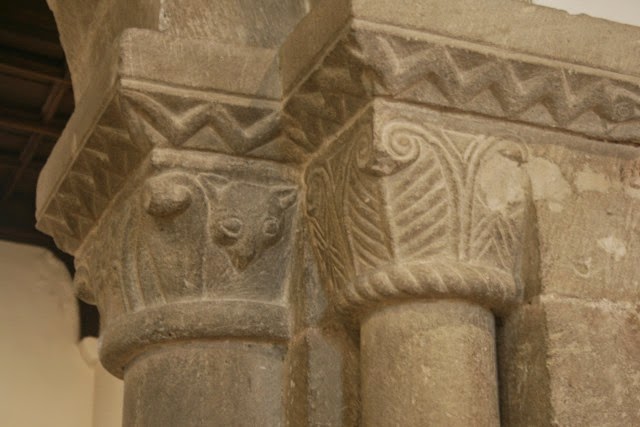 Some have decided this is a wolf though it definitely looks like a fox to me. Plus, the only Saxon carving of ferns in the country, which might mean that the thane of Flax Bourton brought over a French mason to carve this stonework. 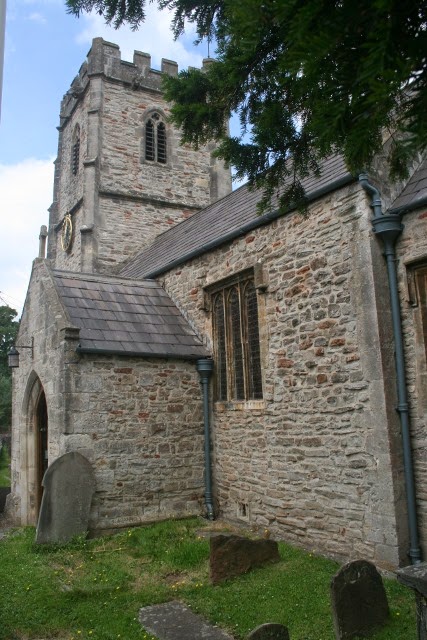 Outside, the walls up as far as the bottom of the windows are Saxon also ... ... and over the road, the Angel pub is mediaeval (but for ever closed, sadly).


Posted by Deborah Harvey Poetry at 22:58