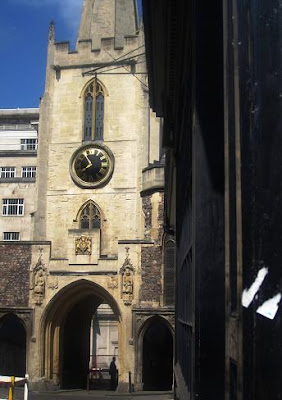 After maundering along Gropecunt Lane, I concluded my Artist's Date with a visit to another favourite spot very nearby, this one far less affected by the passage of time. It's so tucked away that until earlier this summer, I didn't even know it existed. 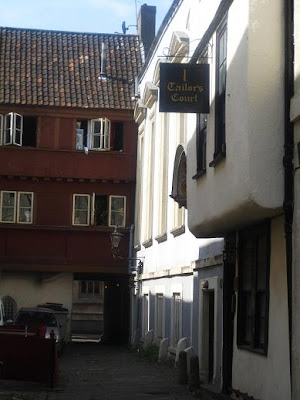 Like the neighbouring Church of St John the Baptist (St John on the Wall), Tailors' Court is a rare mediaeval survivor of Nazi bombs and city planners.  It is accessed by a short passageway under part of an old house in Broad Street. 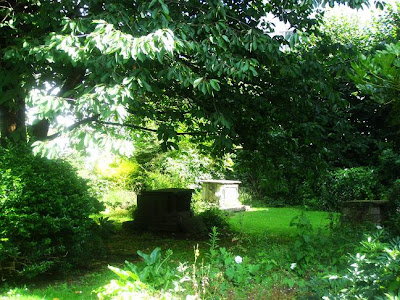 At the other end is the Church burial ground. It's just inside the boundary of the ancient city walls, and looks so verdant and peaceful here, given that it's so close to the city centre.

What wouldn't I give to go in there? But it's always locked. 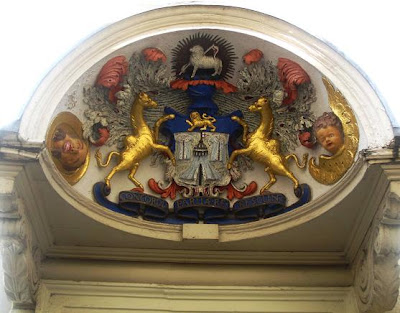 The Guild of Merchant Tailors was one of the ancient guilds of Bristol, set up by charter of Richard II in 1399. The Guild's Hall was built in 1740, replacing an earlier one on the site. It has a very ornate porch hood, showing the arms of the Guild.  The moulding includes St John Baptist's head on a platter. St John was patron saint of the Guild. The Guild's motto was 'Concord makes small things flourish'.


Rules of the Guild were very strict. For example:

The Tailors' Company was moribund by the early 19th century. John Latimer, in his Annals of Bristol in the Nineteenth Century, says the last surviving Merchant Tailor in Bristol was a Mr Isaac Amos, who died in 1824, having been for many years the sole surviving member:
'Mr Amos, so long as he lived, carried out the ancient customs of the guild with great gravity. He yearly elected himself master, and allowed himself £10 10s for serving 'an extra time'; summoned himself to committee meetings, and paid himself £12 12s for his attendances; audited his own accounts, and rewarded himself with £2 2s therefor; and finally put into his pocket various trifling gratuities authorised by established precedents.'


These were substantial sums of money! It's fair to say that Mr Amos did very well out of being the last of the Fraternity of Tailors. 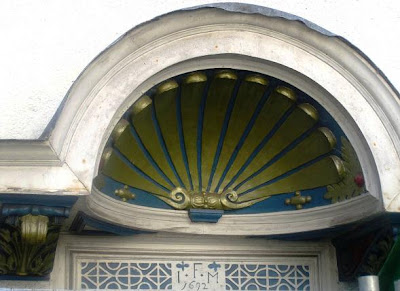 This is the porch hood over the earlier Court House. The date is 1692. 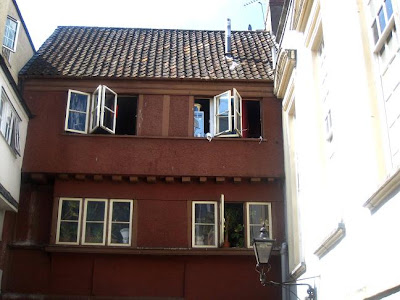 In ye oldene daies, there would have been wooden shutters in place of these windows. 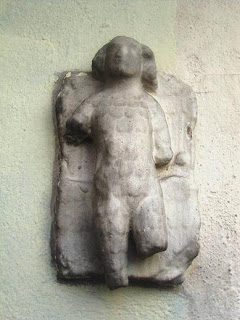 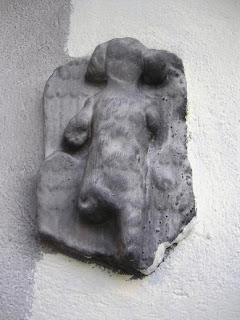 These two figures of angels are probably mediaeval. How long they have been in situ or why they find themselves in Tailors' Court, no one knows. 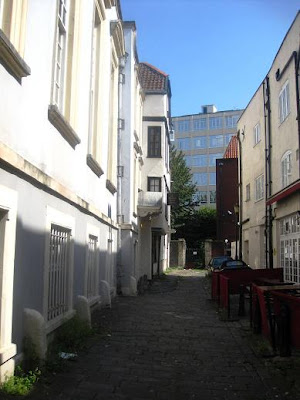 Posted by Deborah Harvey Poetry at 20:01