Goodbye to Some More of All That

On Sunday it was the final service at my childhood church before it closed, and as this was the church my mother attended all her adult life, I felt I ought to go on her behalf. 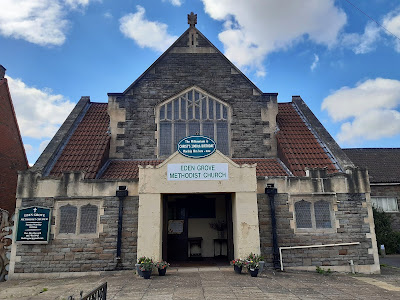 I do a lot of things because I ought to do them, and frequently the 'ought-to-do' stuff has involved Eden Grove Methodist Church. But this would be the last time.

After a while the service became a checklist.

There will be People Here Today who were Christened here as Babies, the minister said    þ

People who Grew Up Going to Sunday School, Brownies or Cubs, Guides or Scouts    þ

People who got Married Here, and who have held Funerals of Family Members here    3 x   þ 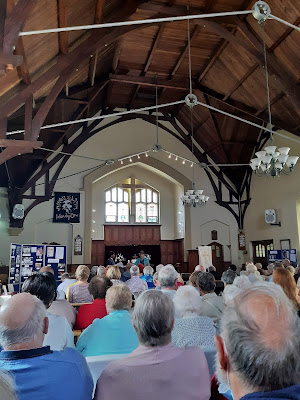 People who, until very recently, were Co-Opted into Helping their Mother on her Knitted Handicraft Stall Several Times a Year

People who Might Quite Happily Have Given it a Wide Berth, given their Wedding Day was The Mistake of their Lives. (With the Always Proviso that They Regret Not A Single One of Their Children.)

I can tick all of those boxes too    þ 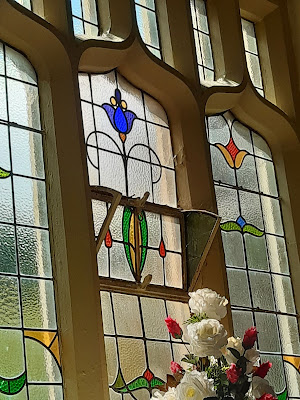 The one box I didn't tick was People who Encountered God in This Place. That never happened to me, though as a child, I'd try to make it happen by staring at the minister without blinking until there was a sort of glow around his body, a bit like the Ready-Brek kids. I did Encounter Poetry standing on a church pew every Sunday morning from the age of three or four, already beginning to familiarise myself with the call and response of the Psalms and the words of Charles Wesley's hymns, long before I could read all of them, far less understand them ... and for me, Poetry is close to God, but palpable epiphanies only have a chance of happening out on the moor, or by the sea, or in the field watching the sun set. 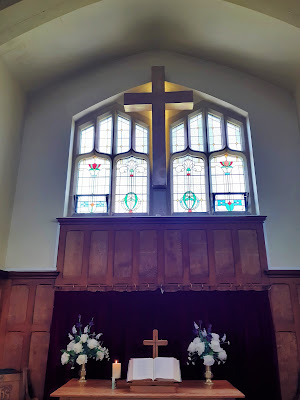 There were no Wesley hymns on Sunday, just ditties of the more prosaic variety. One More Step Along The World I Go. Maybe it was as well. 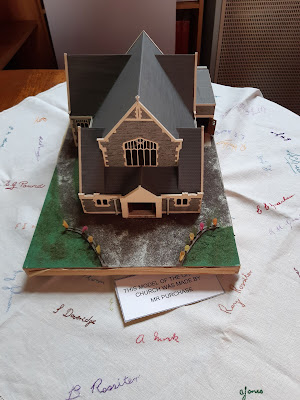 In the absence of CW, maybe the most moving moment was spotting the model of the church made my Mr Purchase, my Sunday School teacher when I was in the Juniors, more than 50 years ago. It was standing on a tablecloth decorated with embroidered signatures, and there were my parents', on opposite corners from each other, which made me smile. 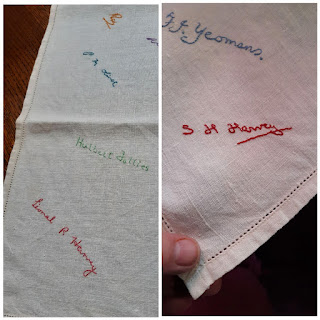 And with that, there was one more step along the world I had to take and off I went. I hope those whose worship was still taking place in Eden Grove find another church in which to welcome their epiphany. 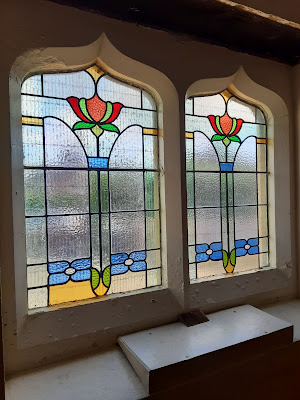 Posted by Deborah Harvey Poetry at 22:02