I nearly missed the junction for Brighton today, and the reason I did was because I thought I hadn't been on the M25 for anywhere near long enough. In fact, I even wondered if I'd entered a dissociative state or magically fallen asleep for a time without crashing the car, because one moment we were fresh off the M3 and the next the sat nav was urging me to get into the second lane from the left and keep right at the fork. Then I realised I'd actually been driving at 60 and 70mph, that I'd hardly noticed those horrible rumble strips, and in fact there weren't that many cars on the route that's normally akin to the eighth circle of hell. A bright side to the it's-not-a-petrol-shortage shortage, after all ... as long as you have some. 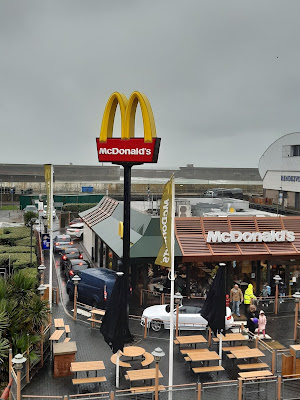 We were off to the south coast to celebrate my daughter's birthday - a meal and a fossick on the beach for interesting pebbles and sea glass. Except that almost as soon as we were on the M23, it began to tip with rain. 'Never mind,' I announced to my sons, 'we'll still go to the beach, if only for five minutes. Can't drive all this way and not see the sea.' 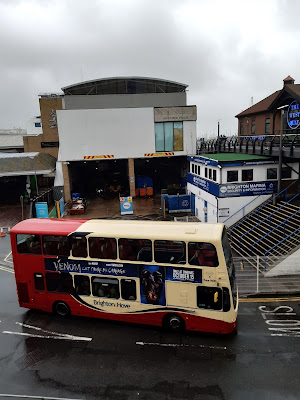 We had a cup of tea at my daughter's partner's flat and drove to the Marina. It was still raining. In fact, it was bucketing. We chose our preferred eaterie out of the 2o-odd lining the quay and skittered towards it through the wet, only to be greeted by the news that there was a shortage of food. 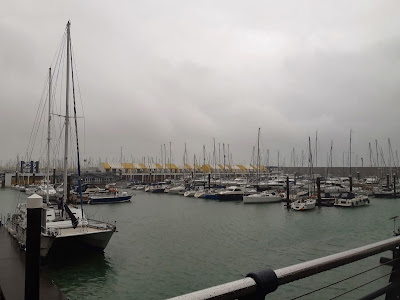 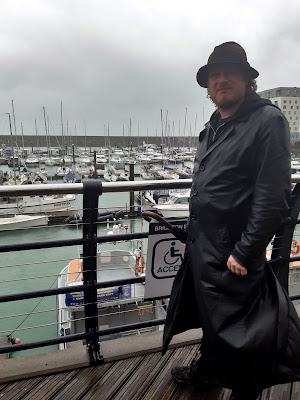 Bypassing Wetherspoons - obviously - we tried another restaurant. And another. And another. By now we were drenched and very hungry. Somebody mentioned Bethlehem and no room at the inn. At the fifth attempt we struck lucky and munched our way through pizza and olives, but we were damp and cold and the shine had been taken off the occasion a little. 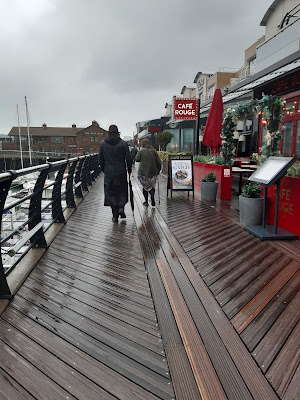 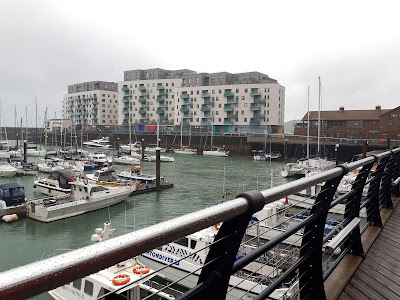 Returning to the car park we saw wind-whipped waves breaking over the Marina wall, and decided against a walk on the beach after all. 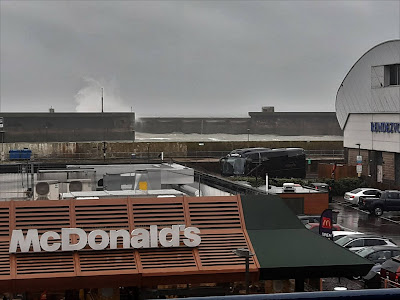 Back at the ranch, I dropped the offspring off at the entrance to the flats, went to find somewhere to park, and squelched my way back, dreaming of a nice cup of tea, only to find them huddled in the entrance. Turned out my daughter's key was with her partner who'd headed to the station to pick up her friend (also Jenny) who was coming down to celebrate the aforementioned birthday. 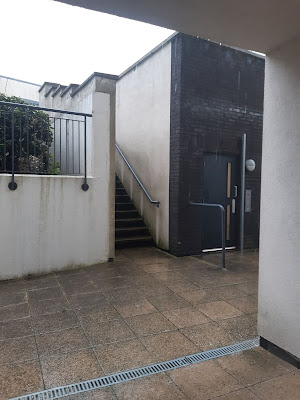 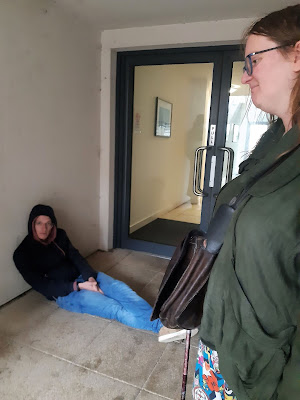 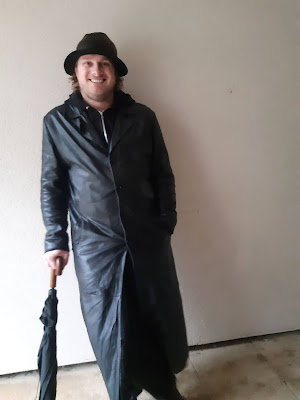 Eventually there was just time for tea before we had to head for home, a truly horrible journey characterised by continual rain of sufficient heaviness to require the fastest windscreen wiper setting all the way from the coast to Swindon. And whilst I know I can't blame that on Brexit, there's no chance of moving somewhere warmer and sunnier now our freedom of movement has been removed. 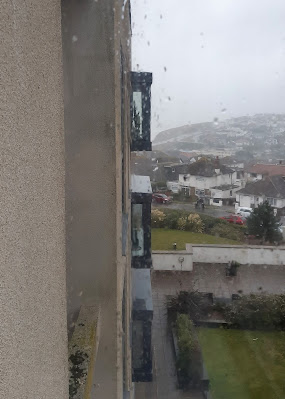 On the plus side there was petrol at our local Sainsburys. It could always be worse. But not much.
Posted by Deborah Harvey Poetry at 21:57