A generation has all but passed - literally - in the thirty years since I planted some seeds from the last apples gathered from my grandmother's house when it was sold after her death.  They germinated, and for the first few years, two tiny apple trees grew in pots on the kitchen window ledge of the Victorian villa I was living in at the time.

When we moved to a larger family home, my mother planted one tree in her garden, and the other was installed in mine. My mother's tree grew and grew, and when her house was sold last year, it was a fine tall tree I said goodbye to. 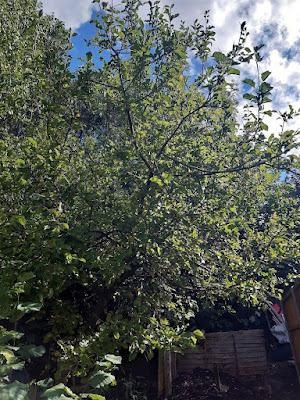 My tree failed to thrive, in sympathy, perhaps, with my marriage. It did blossom the final year I lived there, but the three apples it produced that autumn were tiny and no use for anything.

I didn't want to leave it behind, though, so Dru parcelled it up in a wheelie bin, transported it to my new home on the roof rack of her Morris Traveller, and planted it in my new back garden. 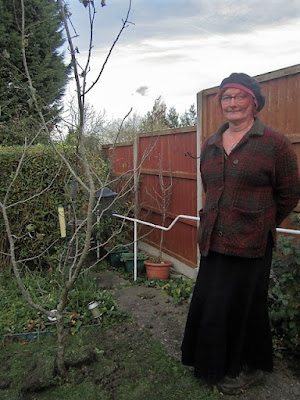 At New Year I poured cider over its roots in an act of wassail, and mulched it with a thick layer of straw to protect against the frost. A few days later a pair of jays conferred their own benediction. 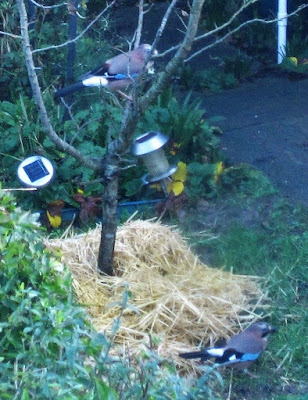 Nearly six years have passed and suddenly it's clear my grandmother's tree has turned over a new leaf - thousands of them - and is finally in the right place.  It soars above me, and this year was laden with blossom, and then apples. 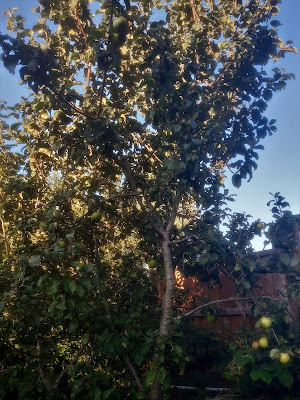 And since they're cooking apples, what could be nicer to make with the first picking than a crumble with a little ginger and blackberries gathered in the lane that leads to the field, the wood and the common? 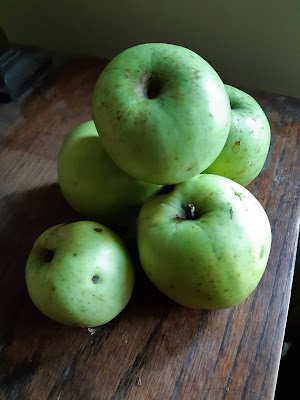 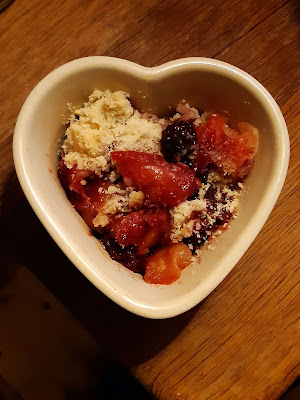 Posted by Deborah Harvey Poetry at 21:41