A birthday trip to Berrow

It was my 60th year* to heaven yesterday so we went to the beach, we being me and the Northerner and Cwtch the collie, and the beach being Berrow on the Somerset coast. It's a favourite place but we haven't been there much lately, what with work and family stuff and the pandemic and all, so it was good to get out of Bristol on a jolly. 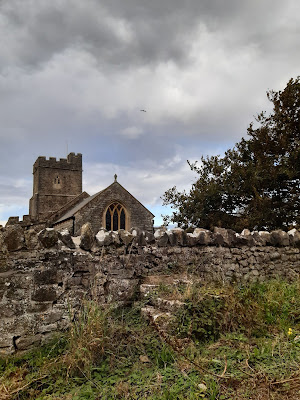 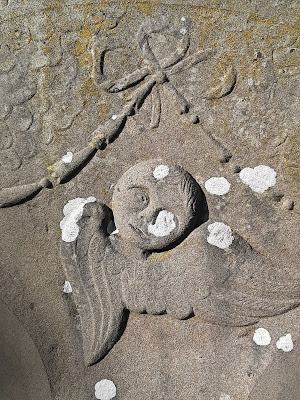 And we were going to do things differently: the plan was to get to the beach and turn left towards Burnham-on-Sea, and not right - as we always do - towards the wreck of the SS Nornen and Brean. And we would walk as far as Burnham's low lighthouse, which has achieved near mythic status as far as I'm concerned, as I've never seen it. 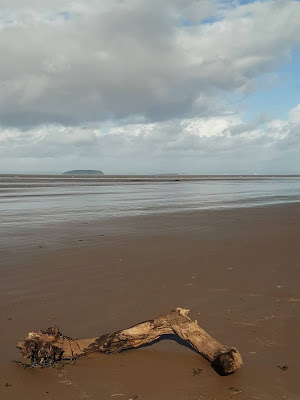 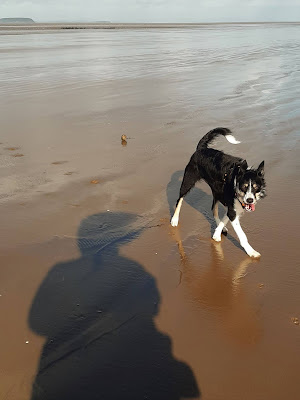 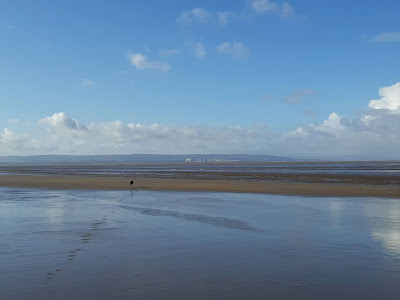 Except that the tide was just right for the wreck and the fates it was named for were singing, much like sirens, so we diverted in that direction just long enough for a closer look. 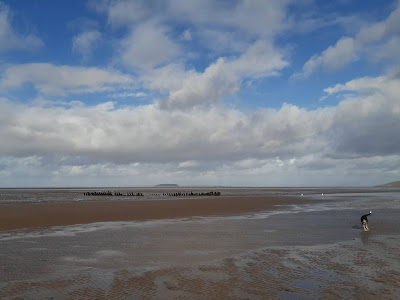 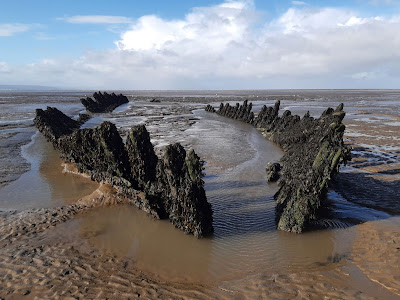 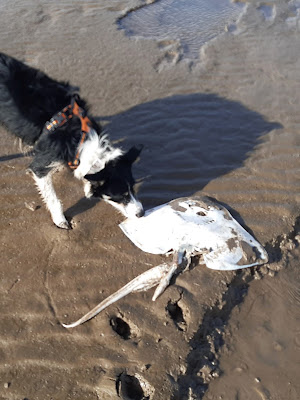 See, Mam, I 'as got you a sea doggo for your birthday. Is heckin' smelly 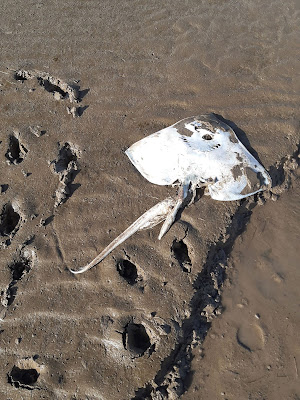 We turned south towards Burnham. It was still very blustery from the previous night's storm and the wind was hitting us full in the face. 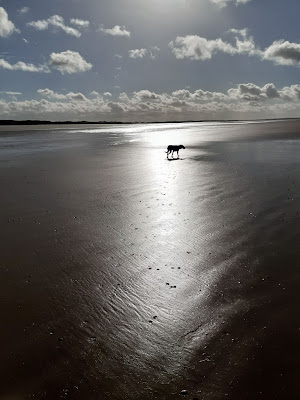 Then we hit a patch of sinking ground, except it wasn't mud, which is generally easy to spot and avoid, it was quicksand and pretty much indistinguishable from the slow variety until you're in it. The Northerner struggled to save his wellies, which was a bit daft really as they've seen better days and need replacing, unlike him, though I suspect walking back to the car in socks would have been uncomfortable. 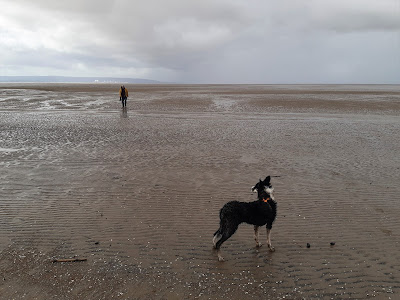 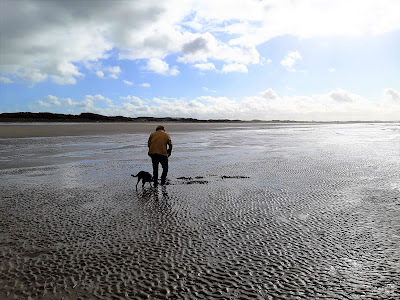 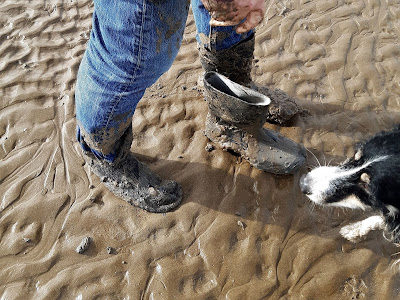 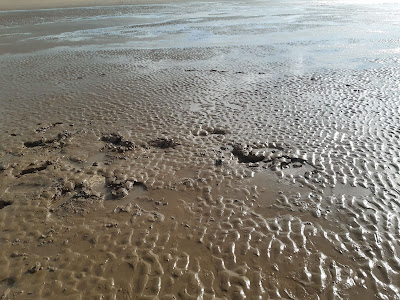 We made our way back to terra firma. It started to rain, and we realised we needed to get home for sons bearing cake and later, friends in a restaurant on Cheltenham Road, so Cwtch found herself back on the lead and the lighthouse retained its unicorn status. 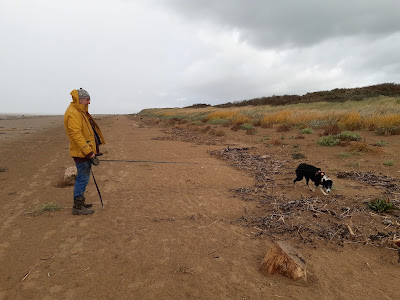 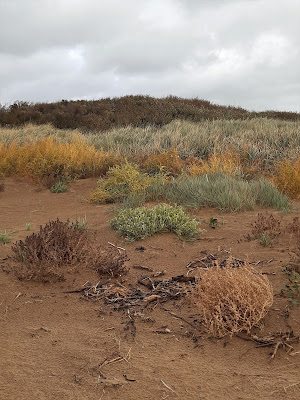 Although only marginally more sandy and muddy than us, it was Cwtch too that had to suffer the vigorous towelling back at the car. (And the evening in her crate, but that's a different story.) 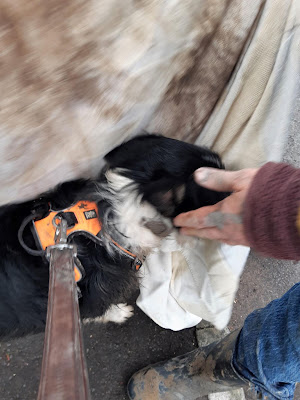 *In fact, having been born in 1961, I think this is now my 61st year to heaven, and that Dylan Thomas probably should have written his 'Poem in October' - or at least the opening line of it - in celebration of his 29th birthday, not his actual 30th, but there we have it: the error must now be perpetuated, much like the entire world celebrating the new millennium a year early.

Posted by Deborah Harvey Poetry at 09:39