Like - I should imagine - most people who believe it exists, I'm not convinced the pandemic's done with us yet, so it's a question of ticking the mother box while we can. Last week it was a trip to Nottingham with my children; this week, as she's in Weston for a few days with my niece and her fiancé, I drove down my aunties, Mollie and Janice.

Except the trickle of relatives became a tsunami, with the two locally-based brothers and their wives joining us. Which meant that by the time I arrived in Weston with the aunts, having diverted to an industrial estate on the outskirts of the town to try to find an emergency toilet for one of them, there were six elderly people, with a combined age of 496, and my rather nonplussed niece and nephew-in-law, who weren't actually nonplussed at all for long, hooray, as they are a nurse and an OT respectively, and, although working in paediatrics, very capable indeed.

Luckily, it wasn't raining and there was a park two minutes' walk from the rented flat, so we got everyone there by a mixture of car, wheelchair and walking stick, and my niece and her fiancé went off to get fish and chips, fruit juice and compostable plates and cutlery, while I organised another toilet run. And the fish and chips were deemed Very Good Indeed, as were the views from the park and the flat, and they all caught up with each other (with the exception of my aunts and uncle in Devon and Cornwall). And it felt good to facilitate that during this horrible Time of Separation. 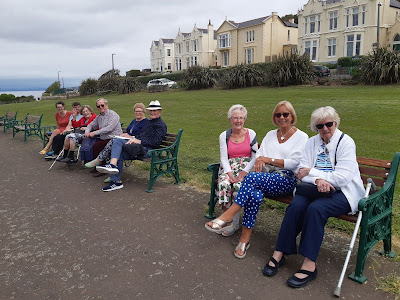 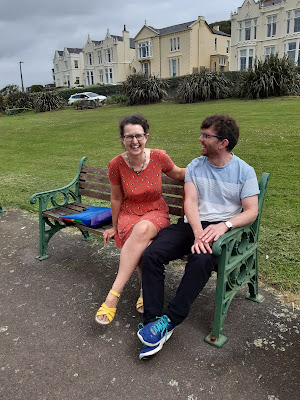 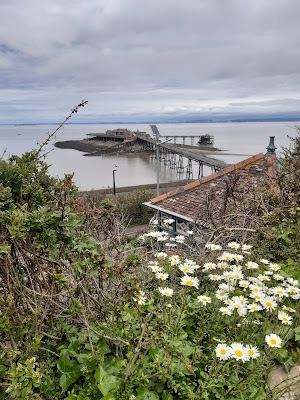 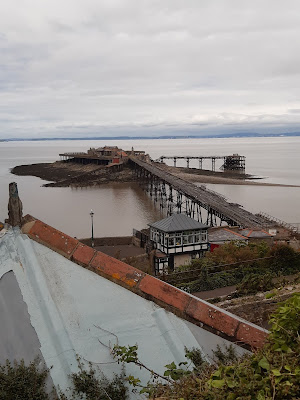 Birnbeck Pier in dire need of some love 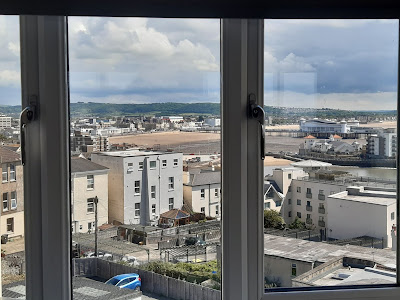 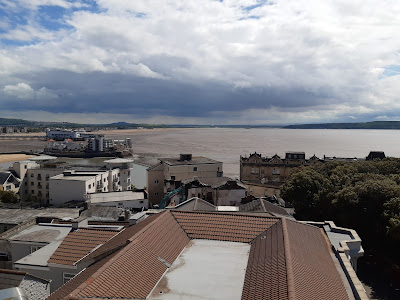 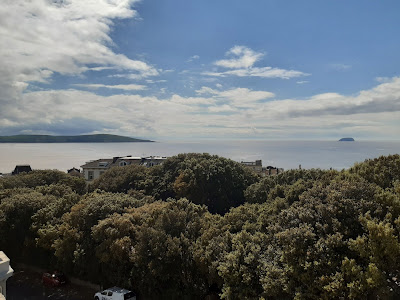 Brean Down and Steep Holm 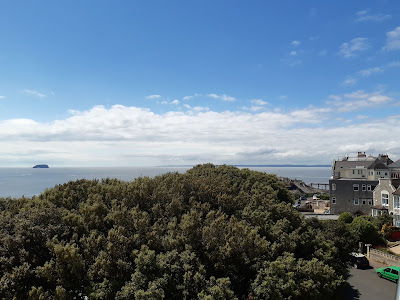 Steep Holm, Flat Holm hidden behind the trees, and the coast of Wales

Posted by Deborah Harvey Poetry at 08:49