It was raining. Hard. As I drove past the playing fields, I wondered whether to pull into a side road and ring Son the Younger to see if he still wanted to meet up for a walk at Leigh Woods. Then I looked at the glorious colour of the trees even in the downpour, against charcoal clouds, and decided to press on. He'd be there waiting.

And he was, though the rain forced a change of route, away from the exposed path along the side of the Avon and over to Stokeleigh camp instead, which we could reach under cover of the trees. We're not completely mad. 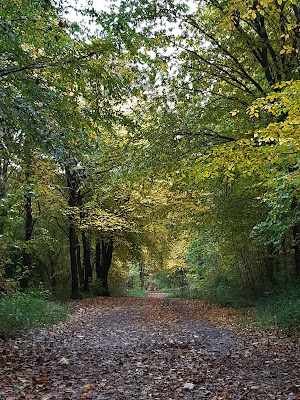 On the way to the camp we passed some fabulous trees. I love this beech, which is still leafing despite the fact it fell long enough ago to grow ivy over its exposed root ball. 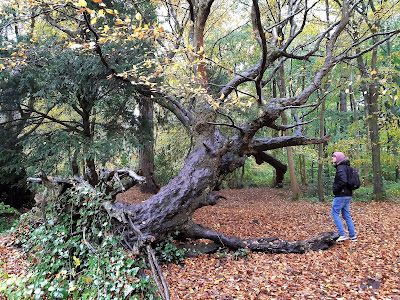 And this ancient yew is magnificent still. 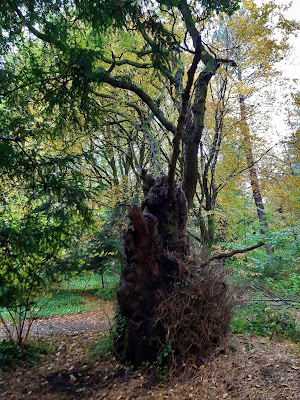 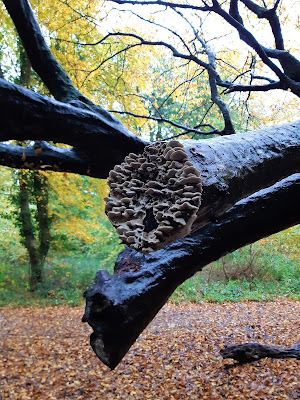 Fungi on a beech
It's been a long, slow, glorious autumn burn this year. I suspect it's a knock-on effect from the hot, dry period we had at the end of spring, that caused the seasons to concertina and autumn to come earlier than usual. 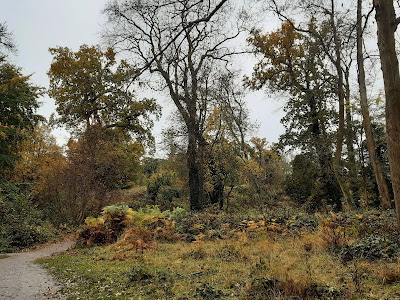 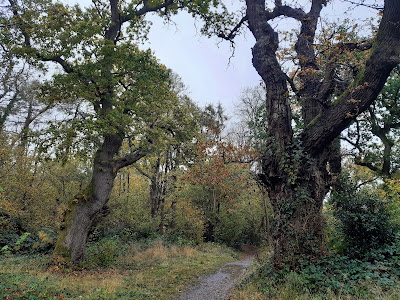 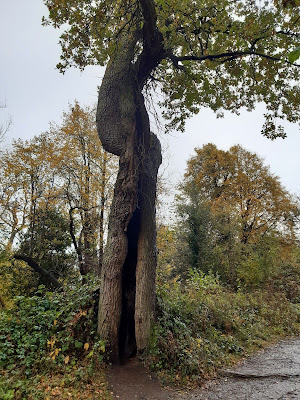 ... and a hollow one.
Stokeleigh Camp is an iron age promontory fort, one of three that stood on top of the cliffs, overlooking the Avon Gorge. This vast chasm offered Stokeleigh protection to the north, and to the east, the steep slopes of Nightingale valley. The remainder was bordered by three ramparts which increase in size the nearer you get to the middle. 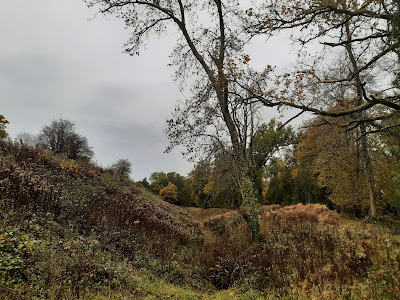 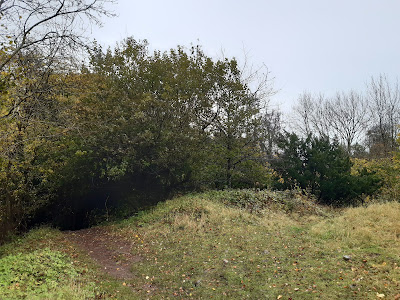 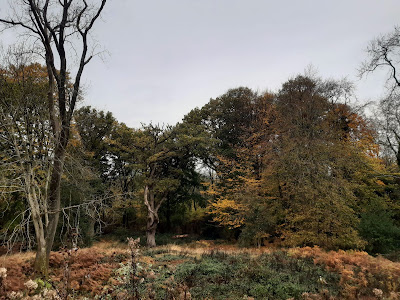 It's thought that Stokeleigh Camp was occupied from the late pre-Roman Iron Age. Archaeological investigations have suggested that the Dobunni might have ceded it to the Belgae tribes in the 1st century. There may then have been a break in occupation before reuse in the middle to late 2nd century. It's unclear whether this was for a formal garrison or just as a place of refuge in times of crisis. It might also have been occupied in the Middle Ages. 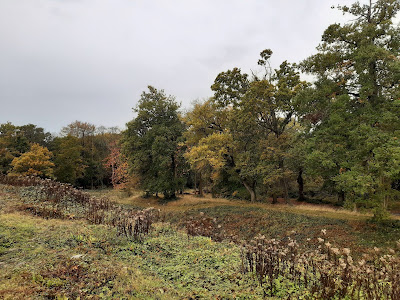 There is evidence of dry stone walling along most of its length, but it's not known whether this is an original feature or a later addition. 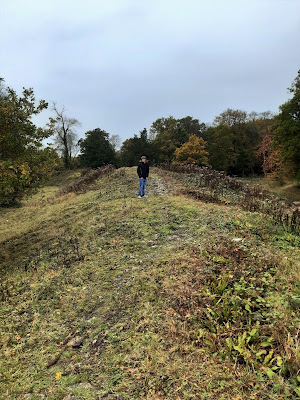 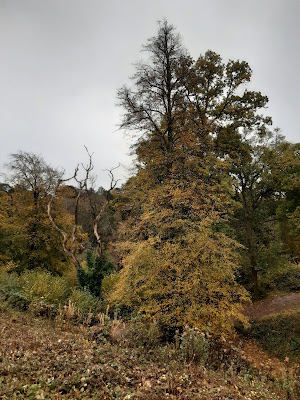 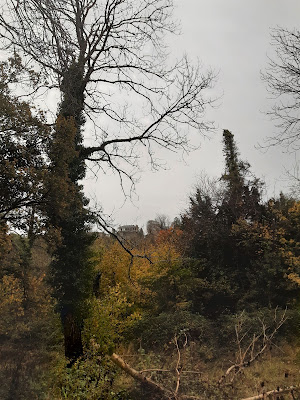 By now we were high above Nightingale valley and the Clifton Suspension Bridge was coming into view. No need for protection against marauding invaders in Victorian times - unless you were on the receiving end of British imperialism.

On the opposite bank, another hill fort is visible, that of Clifton Down camp with the observatory built in the middle of it. (The third camp was Burwalls, the other side of Nightingale Valley, the only trace of which survives in the area's name - burgh walls.)

Far below is the River Avon. 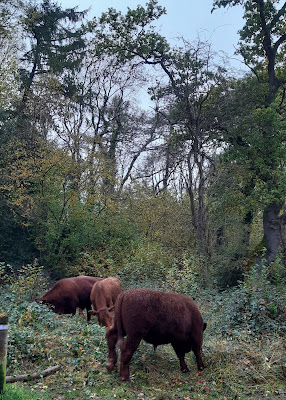 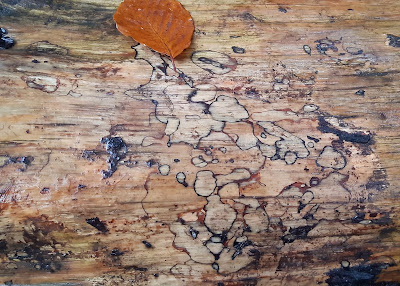 Posted by Deborah Harvey Poetry at 16:30