Inspiration : Echoes on the Severn

I've written before about walking and the effect it has on my creative process. The most productive walks for me in terms of sparking ideas are when I'm idling along familiar routes with my brain in neutral. This is far from ideal. It can be quite awkward stopping on the side of an always busy A4171 to scribble a few notes down, especially if I also have to juggle Ted the dog (sometimes literally, especially when cyclists without bells are zipping up and down the pavement). The other time this tends to happen is just after I've slipped into a hot bubble bath (infuriating) or when I'm driving (infuriating also, with a side-order of peril).

I also love to walk in places that are new to me, although it's rare that I come back with a poem or even the idea for a poem waiting to be written. This is probably because I'm on alert on these walks, taking every detail in. I find new experiences take a while to percolate through my mind and into the subconscious reservoir of images that can be used later.


There's always an exception, however. During the first few months of the year, I did a lot of walking along the banks of the Severn. Occasionally, there's some historical interest but it's mainly sea air, water and light that provide the draw. And now it's free to cross the river, both sides are much more accessible to this impoverished poet than was previously the case. 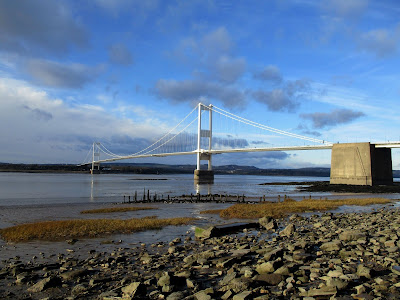 One of our walks took Son the Younger, Ted and me to Aust, where the ferry ran for centuries until the opening of the old Severn Bridge on 8th September 1966, an event I remember for the emotions it stirred in my four-year-old breast. 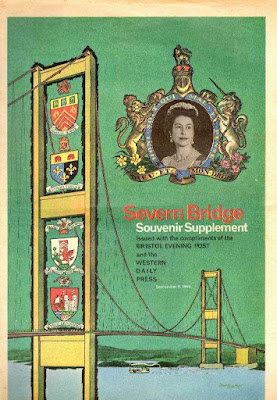 I was outraged that the entire primary school, including my elder sister, went to see it being opened by the Queen, with the exception of the pupils in the two Reception classes, which included me. For some reason, our teachers didn't want to take 80 tots, whose sum experience of school amounted to less than a week, on a school trip involving traffic, water, royalty, and acres of mud. Can't think why. 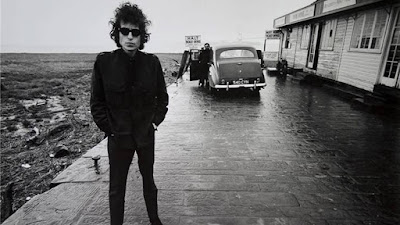 This time I knew what I wanted to see: the  ferry terminal where  25-year-old Bob Dylan was photographed by Barry Feinstein just four months before the pomp of the royal opening, at a famously pivotal 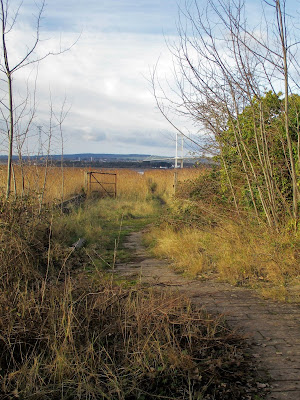 point in the history of both the Severn and rock music. I also knew that I wanted to write a poem about these twin disruptions and their very different outcomes: Bob's star has never waned, despite the controversy of his decision to abandon solo acoustic songs and gigs, but the original (and most beautiful) Severn bridge has been supserseded by its younger sibling three miles downstream, and it's now quite quiet at Aust even though the M48 is hanging 445 feet above your head. 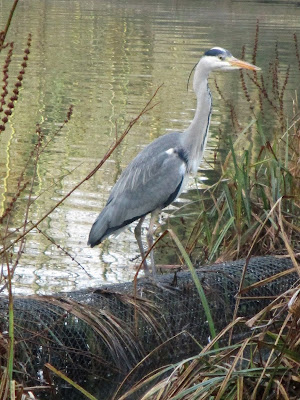 There was a poem there too. In the end it was a heron that helped me find it (though not this one).

Like the Severn heron, who flew off across the river, the poem also headed for Wales and the 2019 Welsh Poetry Competition, where it was highly commended in fourth place.

Bob Dylan waits for the ferry at Aust

The tide is so far out it’s over the horizon.
You are far out too, dressed in black and wearing shades
against the quibbling English rain

waiting for the ferry to tie up at the pier
your back to the river, facing land
while I frown, trying to work out where you’re standing

but the wooden café’s rotted, gone,
the moorings silted up with mud,
the turnstile entrance to the Gents rusted shut.

Even the bridge being built behind you
replacing this passage of two thousand years
is underused now, left to drift among the clouds

as the warth fills up with rising water
and a heron straggles into flight,
turns and trails its spindling legs across the Severn.

Posted by Deborah Harvey Poetry at 12:41