Because something involving a loud hailer was happening and the car park was packed, we abandoned plans to walk along Kingsweston Ridge from Blaise and headed instead for that queen of second choice destinations, Severn Beach.

We parked in our usual spot.  This is the other side of the Amusements I photographed last time I was here. 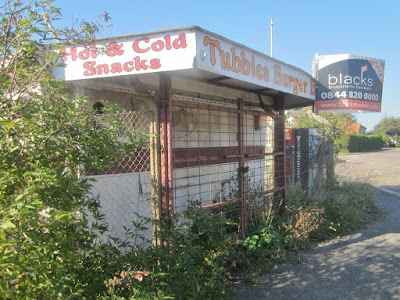 I'm beginning to get a feel of why this enterprise might have failed. Tubbies Burger Bar probably not the most sensitive of names.  Then there's its resemblance to a stalag ... 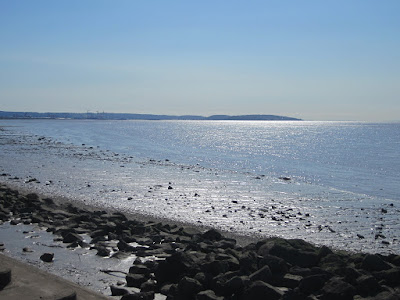 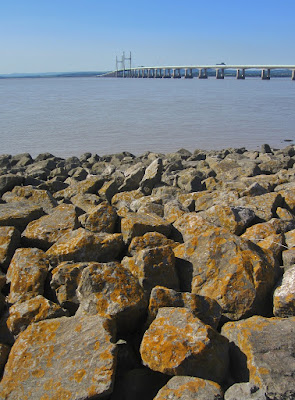 It was beautiful up on the Severn Way - all sky and light, a breeze but still some warmth in the sun. 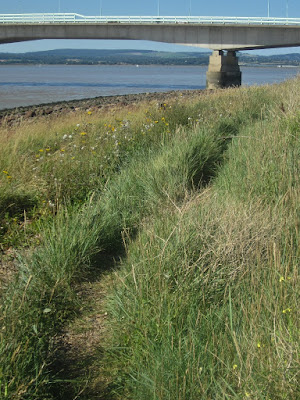 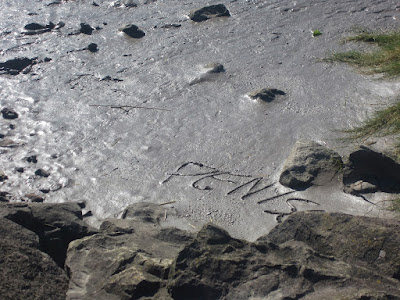 A pristine day.  Well, maybe not quite.
We passed under the Second Severn Crossing and headed up to Northwick Warth salt marsh, just beyond New Passage. 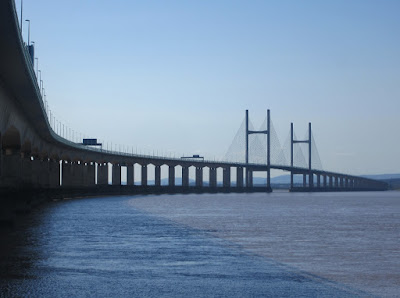 This is something of a motorway service station for birds, and we did see sand martins swooping for insects along the flood defences and Chestle Pill, their wings dark chocolate against the milky mud. 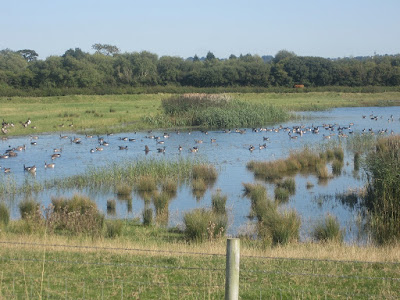 There were plenty of geese too. 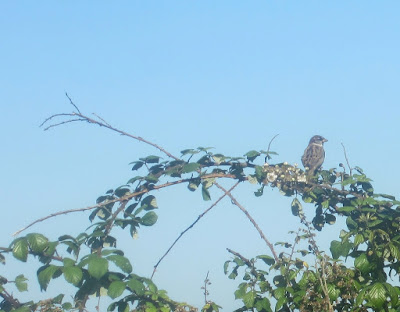 Some of the birds were decidedly local, however.  A squabble of spadgers in the brambles ... 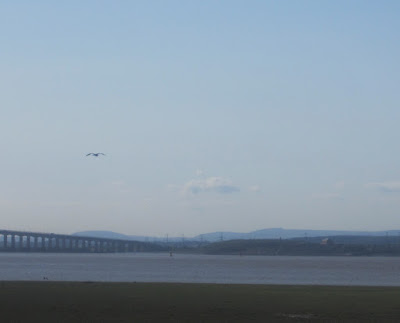 ... and a heron the size of a pterodactyl heading for the water's edge. 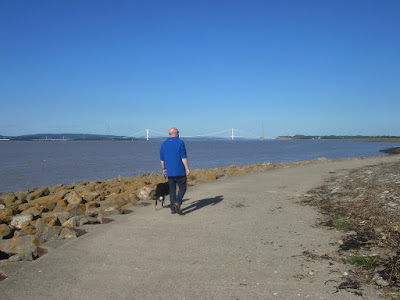 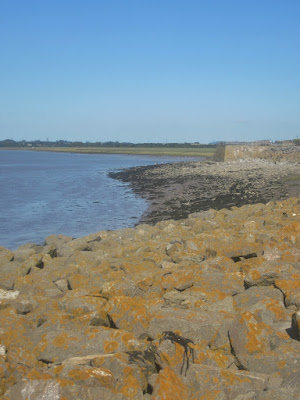 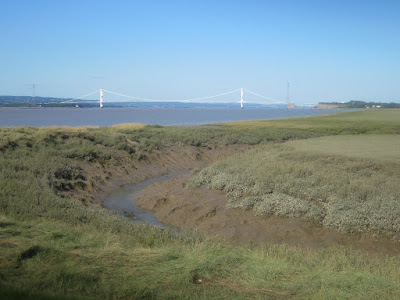 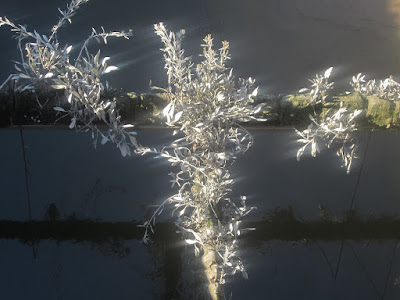 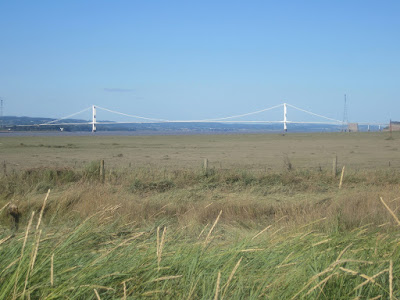 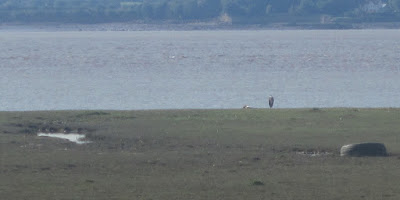 At about midway between the two bridges, we turned and made our way back. The heron was still standing sentinel on the shore ... 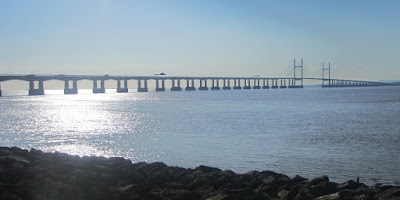 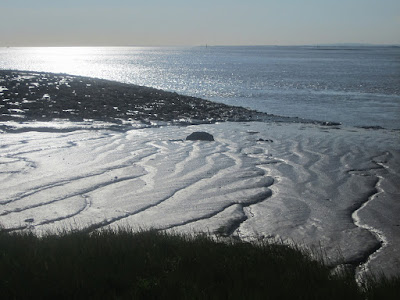 ... and the sun was chasing silver lines in the mud. 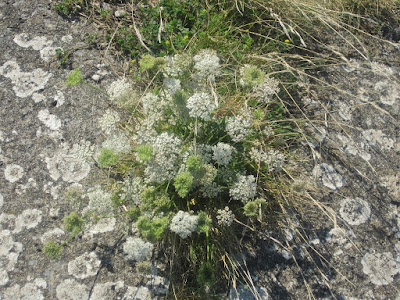 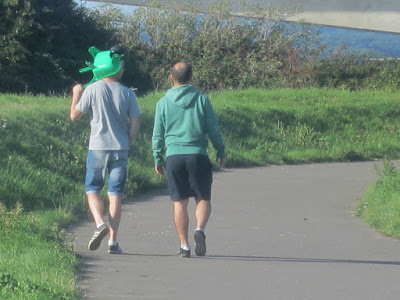 Back in Severn beach a couple of Poles passed by, one of them sporting a green plastic wheelbarrow on his head. 'Their ways are not ours,' joked my partner. 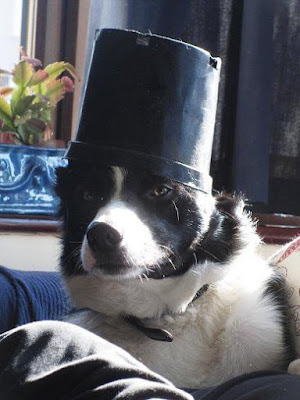