A review for the local paper:

As I write, Bristol Poetry Festival is drawing to a close following a glorious fortnight of readings at venues in and around Bristol.

From the hugely popular Bristol Poetry Slam, where the cream of the West Country’s performance poets battle it out on stage, to smaller, low-key gatherings in cafés and the back rooms of pubs, poets and lovers of poetry have been coming together to celebrate our national art-form.

The flagship event of this year’s Festival was the reading at Arnolfini by three of our best contemporary poets, Fiona Benson, Kei Miller and Liz Berry. Colin Brown, the Director of Poetry Can, the Bristol-based organisation responsible for organising the Poetry Festival said: ‘there were three essential poetry books published in 2014 and we are lucky enough to have the authors of those books here in Bristol tonight.’ Each poet was very different but equally distinct. Anglo-Scot Fiona Benson read poems that showed how hearts can be broken by language; Kei Miller made language sound like music; Liz Berry took us gently by the hand and led us to the place where poems come from, and it was both thrilling and beautiful – but you can’t describe poetry, you can only experience it. ‘That was wonderful,’ said one audience member as we emerged into the September night. ‘As soon as it started, it was like we were all together inside a miracle.’ 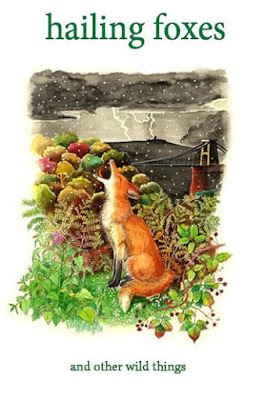 A special mention too for the event at Bristol Central Library, where local artist Dru Marland launched her latest illustrated anthology of poems, Hailing Foxes, a celebration of Bristol and its wildlife during the city’s tenure as European Green Capital 2015.  This delightful evening, which also included performances from Wells Fountain Poets and Rachael Clyne, saw many of the featured poets coming together to read their work. Hailing Foxes is available from Gert Macky Books and good independent bookshops, price £5. 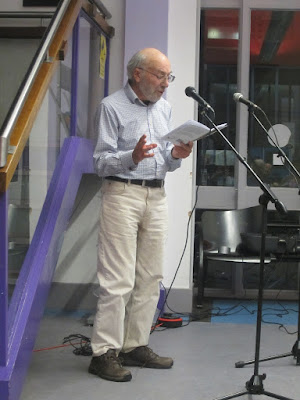 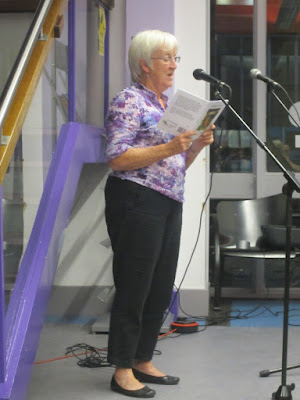 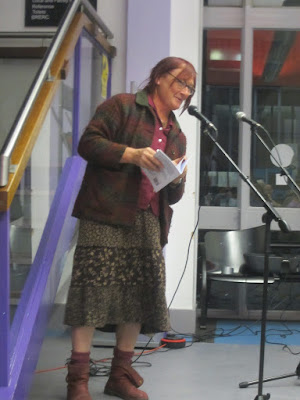 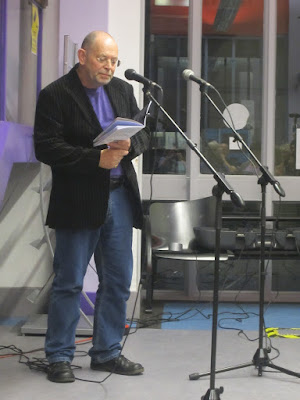 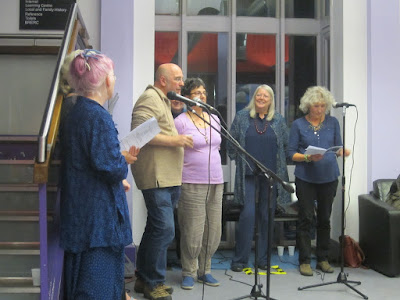 Posted by Deborah Harvey Poetry at 21:51