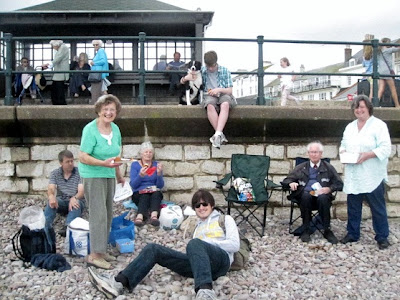 As destinations go, Sidmouth is nothing if not a family favourite.  For my aunt and parents, it's the town of Betjeman's poem.  They love the gardens with their prize-winning floral displays, the tea shops, and the esplanade.  My father like to sit and gaze out to sea.  Auntie Mollie and my mum particularly love the charity shops. 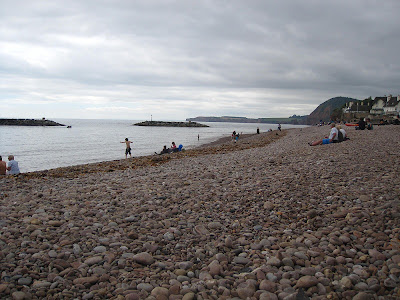 I like the holed stones on the beach and the fact that it's a good place to sit and dream.  Not that it's always easy to relax with the older generation about.  Can't take your eye off that Auntie of mine for one moment. 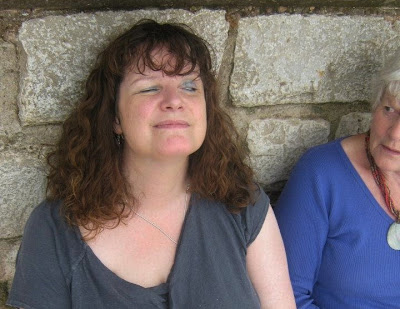 I also love Sidmouth for its red cliffs crumbling into grey seas, its dangling garden fences, trees and summer houses, and the initials carved by lovers into soft sandstone only to be erased by the attrition of wind and sea.  The elements and the passage of time respect nothing, not even love.  I wrote a poem about the Hanging Gardens of Sidmouth a few years ago.  You can read it here.  It's also in my poetry collection, Communion.

Meanwhile, the hanging gardens continue to slither over the edge onto the shore below. 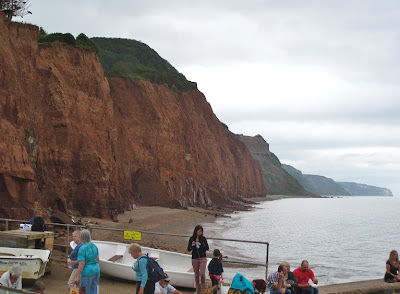 On a jollier note, Sidmouth is also a grand place to buy a hat. 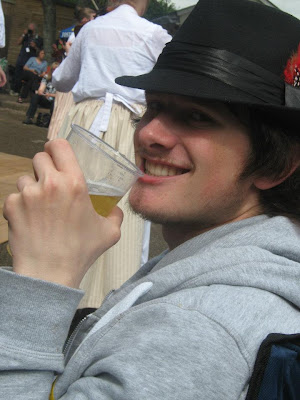 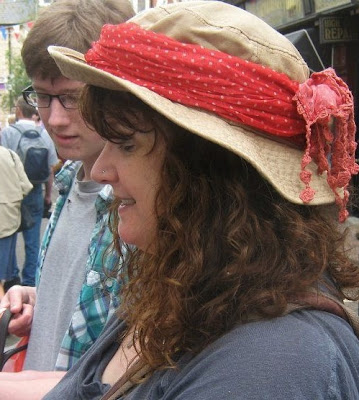 Plus, it's the home of the folk festival, of course, and whilst I wouldn't normally go gigging with my sons - and my sister and brother-in-law - and my septuagenarian aunt - and my octogenarian mother - and my nonagenarian father - when your nephew and niece-to-be are in the band, it's definitely A Family Thing. 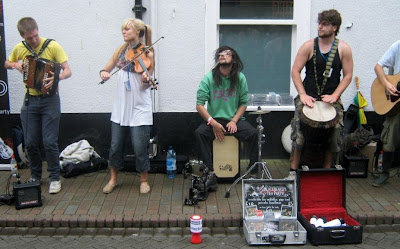 By the time I arrived in Devon, Blackbeard's Tea Party had already completed two evening gigs, as well as a fair bit of busking in New Street.  This final afternoon gig was behind the Anchor.  It was, however, anything but sedate.  The oldies turned off their hearing aids and put a brave face on the proceedings while Ted tucked himself out of the way. 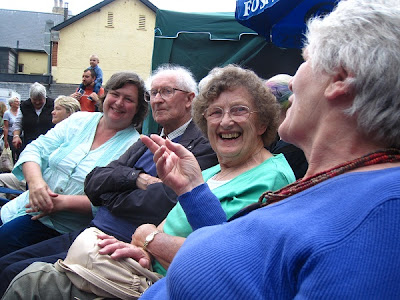 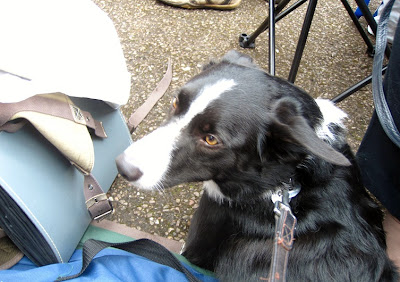 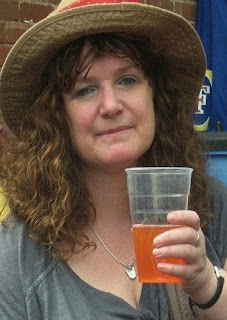 The band was very well received, as always, with lots of people dancing and singing along and buying CDs, the third one of which will be recorded in the New Year.

Despite my best efforts, I still got a lecture about safe driving from my father, who didn't believe for one instant that my pint of Cheddar Valley cider was apple juice.  Which isn't as bad, I suppose, as when my grandmother told my Uncle Meric to be careful crossing the road and he retorted 'Mother, I'm 70 years old.'

Then a sedate drive back across the River Exe to the biscuit tin by the sea, with the growing feeling that days like these are the stuff of happiness.


Posted by Deborah Harvey Poetry at 18:24