White Wood and the story of William Baron 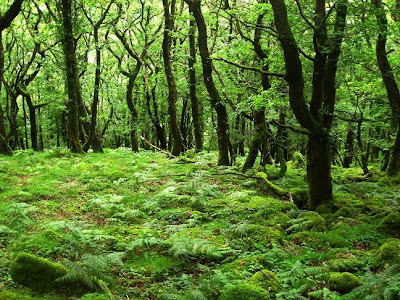 Along with a small green bowl I own, the moss-covered rocks and trees of White Wood on Dartmoor, where I walked last week, were the inspiration for my poem 'The Potter'.

It tells the story of William Baron, a potter from Sidmouth, who worked for Royal Doulton and Brannams of Barnstaple before setting up his own pottery, also in Barnstaple.  His business flourished from 1893 to 1935, when, on a family day-trip to Morwenstow in Cornwall, his son, daughter and son-in-law were caught in a riptide and drowned.  The broken-hearted potter subsequently sold his precious pottery to his former employer and bitter rival, C H Brannam, and died two years later.

Their pots rub shoulders on my shelves.

Was it his dream landscape too,
that wooded combe
cut deep in moorland
under bleak, sheep-cobbled hills,
where every tree trunk, stump and rock
is wrapped and wound around with velvet,
like the inside of a casket
or a sumptuous padded cell
submerged in silence,
save the river
claiming innocents by name,
and all glazed green
bar bruise of bluebells
and amongst the starry mosses
something floating whitely up
through all the layers of sunken light,
the lustred air so atmospherically reflected
in this pot that just one touch
transports me there?

Or through some hairline crack in time
had he foreseen his drowning son, his daughter
spiralling through water,
while above them rolling combers
break … dissolve … obliterate? 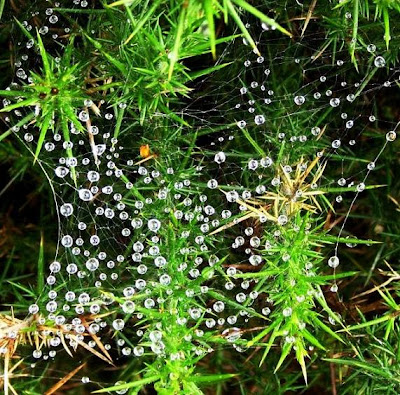 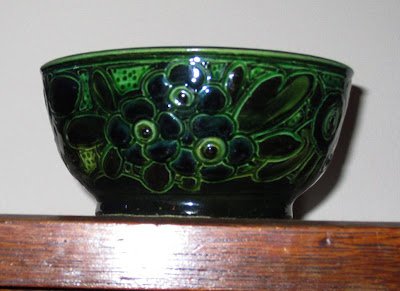 If you enjoyed this poem, you might be interested to know that there are more available to read online at Indigo Dreams. It is also in my collection, 'Communion', which can be ordered from Indigo Dreams, or from W H Smith or Amazon.

Posted by Deborah Harvey Poetry at 20:48