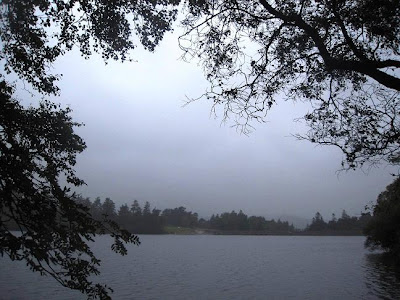 On Friday it was the 20th anniversary of my grandmother's death so I decided to mark the day by walking in my favourite landscape.


I know the Dart Valley reasonably well, as it is where I set the action of my novel and I walked there over many years to get the geography right and to imagine how it might have looked there 660 plus years ago. (The story is set during the first outbreak of the Black Death, 1348-1349. It will be published next year by Indigo Dreams.) It was as well that I am familiar with it, as when I climbed from the car at Venford Reservoir, visibility was poor and even the nearest landmarks were obscured by unseasonal mist and low cloud. 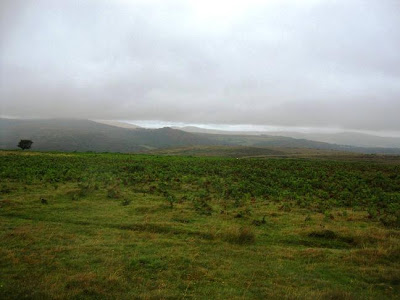 The wind was blowing from the West, off the Atlantic, and just as one scad of rain  dispersed, another hove over the skyline.  So Ted and I did get a bit wet, but it wasn't a problem because it was just so beautiful. 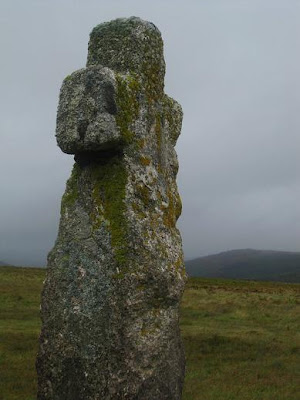 During one clearish spell, Horn's Cross appeared on the brow of the hill, just where it should have been, and looking magnificently craggy. 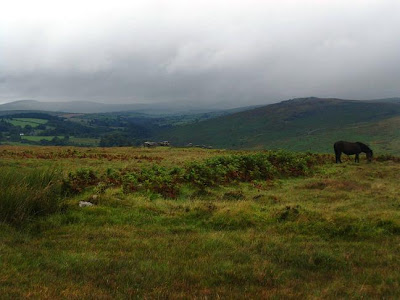 Our route then took us over to Combestone Tor, which is eminently climbable although I decided to give it a miss in the teeming rain. 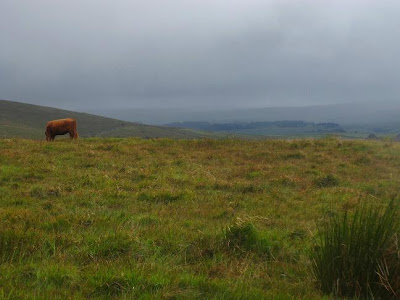 From the tor, we dropped down to follow Holne Moor Leat back to the reservoir. 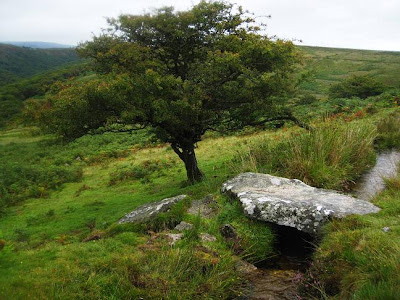 Every now and then there were mini clapper bridges to facilitate crossing the leat. 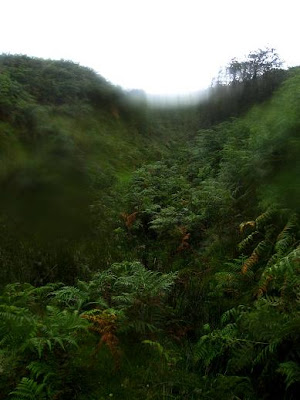 I'm really pleased with this picture of Hangman's Pit. The raindrops on the lens give it a wibbly-wobbly, timey-wimey feel which fits well with the sad and supernatural story of the couple who lived there. I always feel despair, from outside of me, when I pass.

(The other bit of the story that isn't told in the link is that at about the time the man hanged himself, his wife heard his footsteps coming up the path to the cottage and him letting himself in through the door. It was only in the morning that she realised he couldn't have done this because he was dead before he got home.  It is one of those instances of a fetch or doppelgänger doing what person would have done, had they taken a different course of action.) 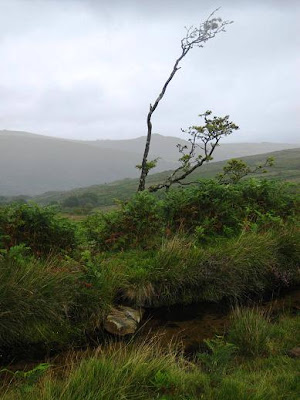 Another way of crossing the leat can be seen here - it's a sheep leap consisting of two granite slabs jutting out over the water, one acting as a launch pad, the other a landing ramp (as opposed to a sheep creep, which is a small gap constructed in the base of a drystone wall to allow sheep to pass from field to field, but prevent cattle or ponies from doing likewise). 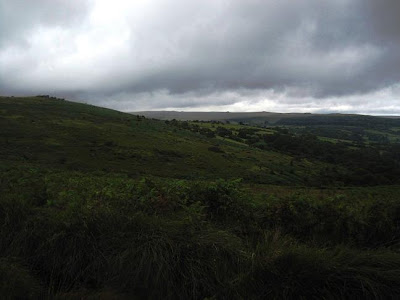 By now it had cleared enough for Beardown Tors, Longaford Tor and Higher White Tor above the West Dart valley to be visible ... 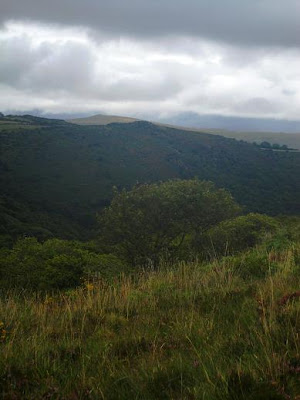 ... and Sharp Tor with Rippon Tor behind it in the distance. 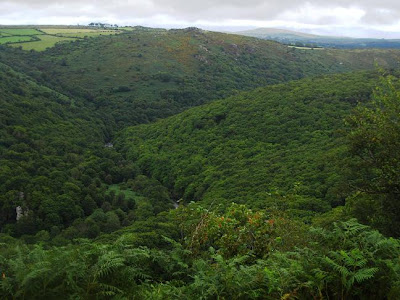 By now we were getting dizzying views down into the Dart gorge, with the occasional glimpse of rapids. 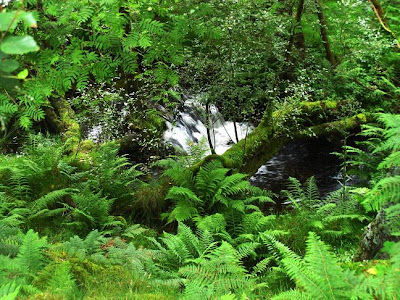 Back at the reservoir, the second loop of our figure-of-eight walk took us along the stone-edged track above Venford Brook and through White Wood. It's reputed to be the haunt of pixies, and with moss-draped stones and trees sprouting ferns, it's easy to see why. 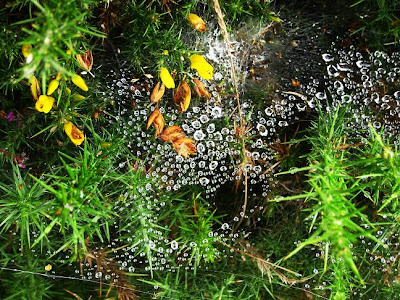 The cobwebs were spangled with ten carat raindrops. 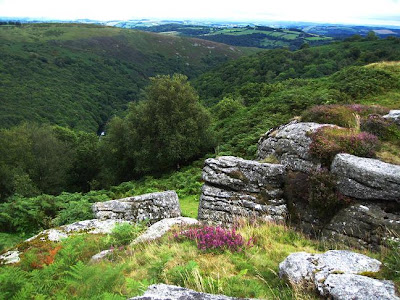 Having climbed steeply up out of the wood, we reached the scattered but never less than impressive Bench Tor ... 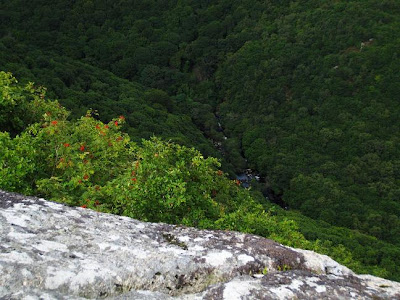 ... from some outcrops of which there were more precipitous views into the gorge far below. 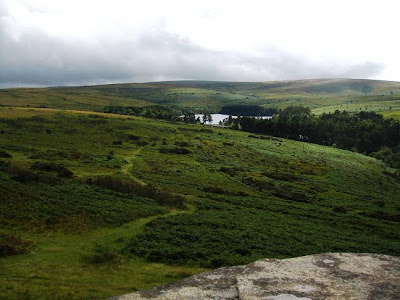 Then it was back to the reservoir for a second time, and home to the coast ... 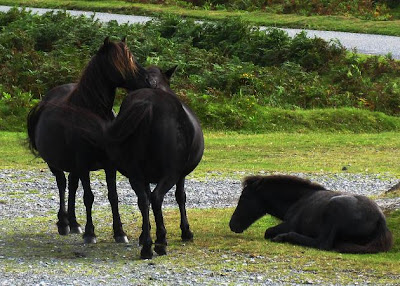 ... with a last glimpse of Dartmoor in the form of these wild ponies: two pregnant mares and one of this season's foals loitering in the car park.


Posted by Deborah Harvey Poetry at 21:17