As I Walked Out One Autumn Morning 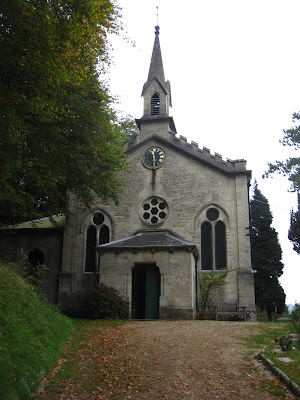 Friday being overcast but dry, it was off on a literary jaunt with two of my writing friends, Kate and Kathy, and Ted. Our destination was Slad, just north of Stroud, the home village and last resting place of the writer and poet, Laurie Lee.


First stop, the Church of the Holy Trinity, a pleasing simple Victorian edifice opposite the Woolpack pub, both of which were very familiar to Slad’s most famous son – indeed, he’s buried between the two. 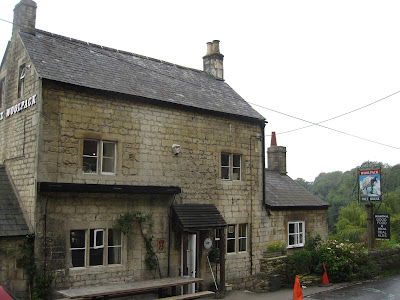 I re-read ‘Cider with Rosie’, Lee’s account of his rural childhood between the wars, over the summer and enjoyed it as much as when I was a teenager, although this time around I was more shocked by the hardship and sporadic brutality of the lives described.


Also by how touching his depiction of his dreamy mother is – her thwarted passions and her unending struggle to do her best for her children and step-children in the face of their father’s defection to suburbia.

'Her flowers and songs, her unshaken fidelities, her attempts at order, her relapses into squalor, her near madness, her crying for light, her almost daily weeping for her dead child-daughter, her frisks and gaieties, her fits of screams, her love of man, her hysterical rages, her justice towards each of us children - all these rode my Mother and sat on her shoulders like a roosting of ravens and doves.' 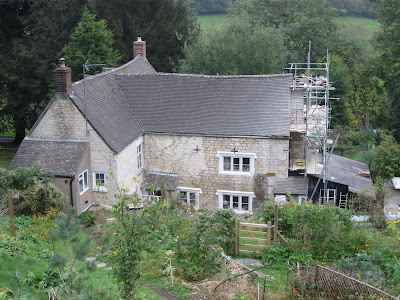 This is the house in which Lee and the rest of the family lived. Aficionados will remember that they occupied the down-stroke of the T, the cross-stroke being inhabited by Granny Trill and Granny Wallon, perpetually at war and who died within days of each other.

So wonderful to see where it all happened, not so very long ago but a world away. 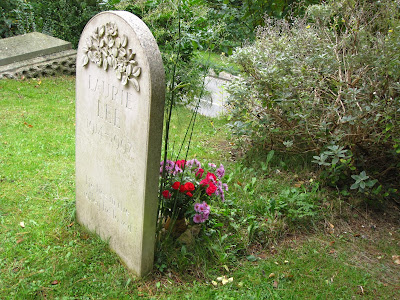 'Meanwhile the old people just dropped away - the white-whiskered, gaitered, booted and bonneted, ancient-tongued last of their world, who thee'd and thou’d both man and beast, called young girls 'damsels', young boys 'squires', old men 'masters', the Squire himself 'He', and who remembered the Birdlip stagecoach, Kicker Harris the old coachman...’

After exploring the village, we went for what should have been a five and a half mile wander through the wooded valley; however, the footpath petered out part way through and we ended up scrambling a lot further than that. No matter, we figured Laurie never stuck to the paths either, and Ted enjoyed intimidating the numerous pheasants we encountered. 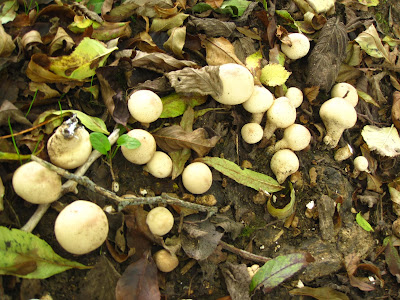 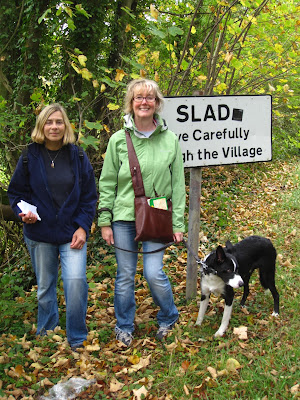