And just like that, it's spring. (At least as long as the fine weather holds.) Every day up the field and in the wood and across the common and over the farmland that is under development, a new flower. The usual suspects, but it's a treat to see them. 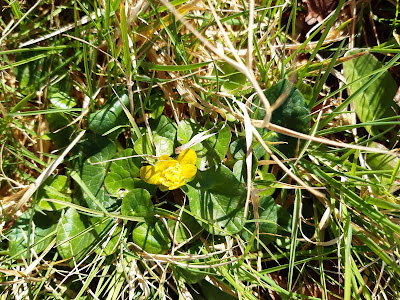 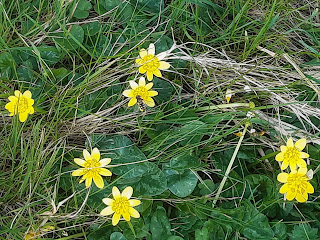 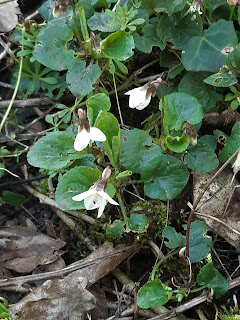 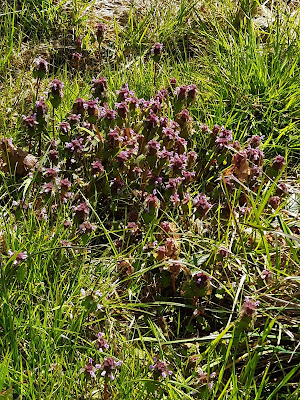 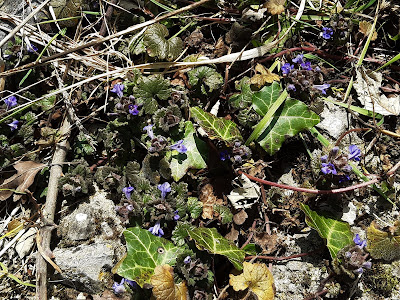 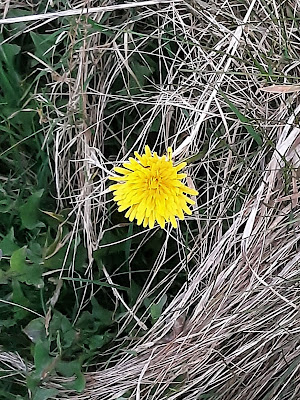 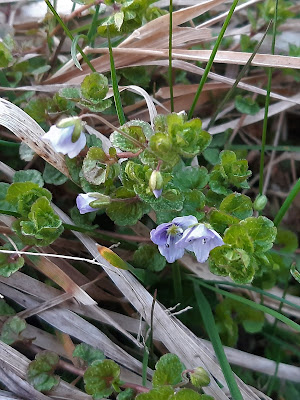 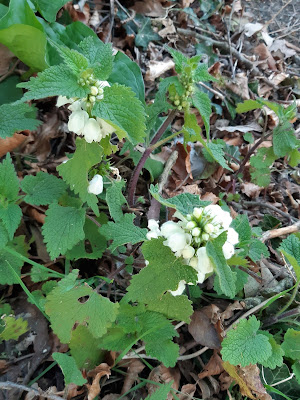 white dead nettle
Not that it hasn't been wet, especially in the Small Dark Wood of the Mind ... 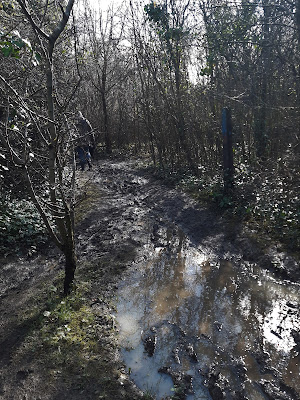 ... and the temperature in the bottom half of the field is especially noticeably colder than the upper part, as if it's still deepest winter there.
The sunsets are back, though. 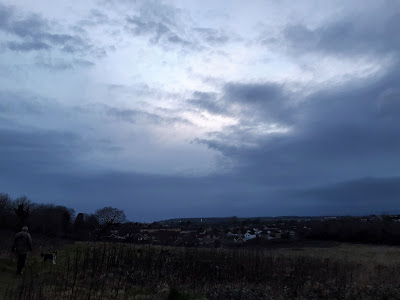 No, really, they are, though it's not yet warm or dry enough to sit on the ground and watch them. 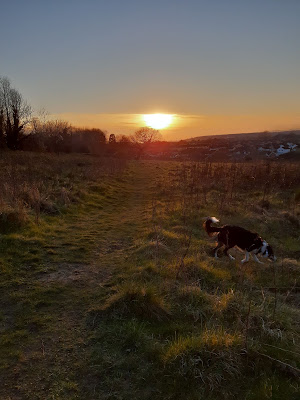 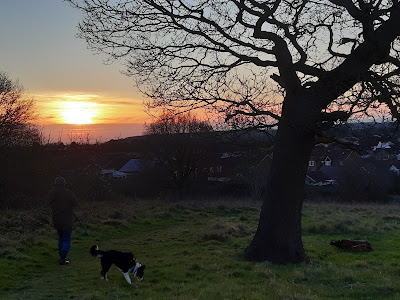 The rotting wood someone pulled out of the oak tree is a good enough seat for now. 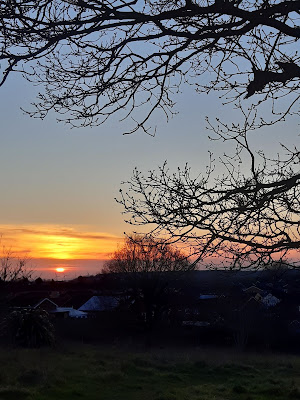 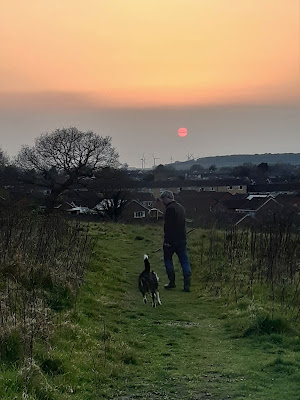 It's a joy that there's now enough of an evening to get out in it. 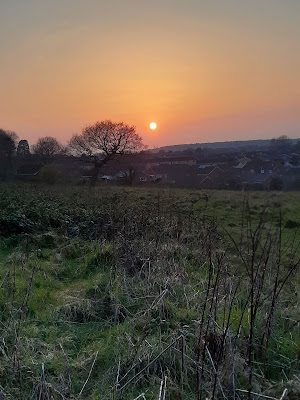 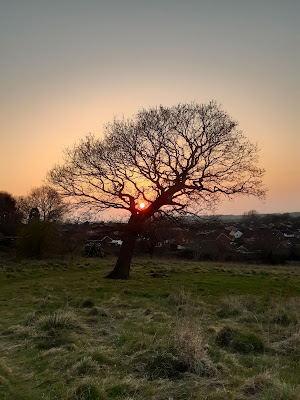 The chiffchaffs are back too, which is a relief. I was wondering if they'd go elsewhere after the scrubby area they nest in was cleared to make a pitch and putt and driving range.
Slashing back the scrub - this winter adjacent to the top of the field and the previous year all around its edge - is also the reason why we've seen so little blackthorn so far. Though there is some out on the farmland, thank goodness. I need to fill my nose with that scent. 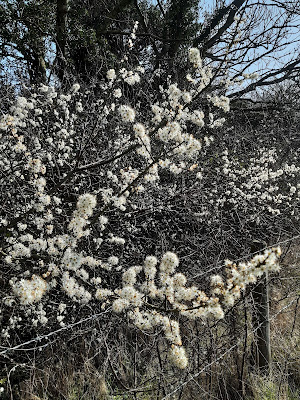 The lack of scrub also meant we saw no foxes at all in the field last year, though there was plenty of marking of territory. Last night, though, I saw a fox pounce and then bound off the bank on the other side of the rookery, which was all kinds of heartening. Perhaps they've noticed these burrows that have appeared out in the open field. 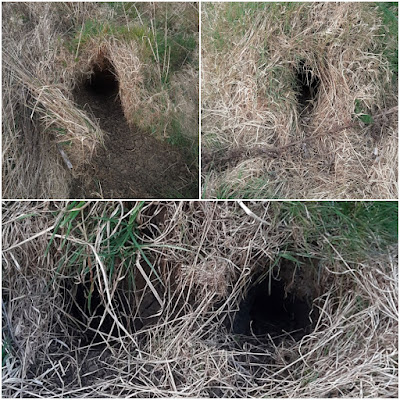 The rookery itself is busy, with rooks and jackdaws flying to and fro, their beaks full of nesting material, and out on the farmland we've been watching buzzards wheel ...

... and listening to a very shouty dunnock.
My favourite of all the butterflies - the small tortoiseshell - is starting to emerge ... 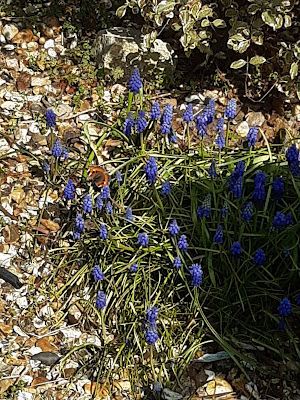 ... but when I went looking for tadpoles, I found only the supermarket trolley (still there), a submerged children's car seat (no children attached) and an old tyre. 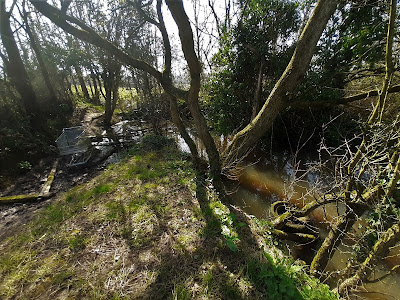 There's still time for winter to take one last swipe, but how good it feels to be back in the light. 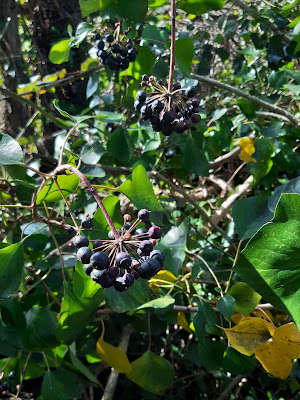 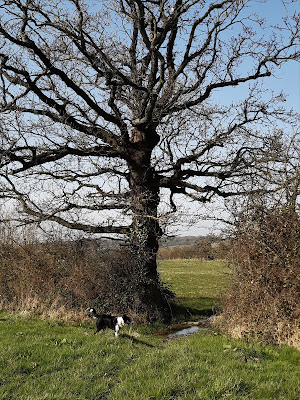 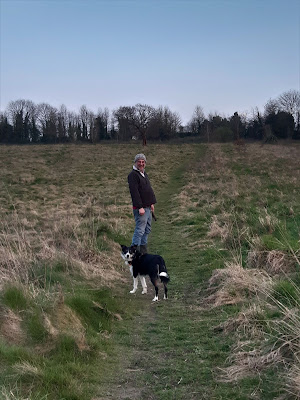 Posted by Deborah Harvey Poetry at 11:24