In the footsteps of poets, the pawprints of dogs

It was a fine, sunny morning and a trip outside Bristol was well overdue, so we decided to try Poets Walk at Clevedon again, following our abortive visit there at New Year. After all, it wasn't a bank holiday, and it's still January, for heaven's sake, so there wouldn't be loads of people there. Except there were and once again Salthouse Fields Car Park was full, though this time we did find a parking space near the old Church of St Andrew's.

As I mentioned before, I'm not convinced all these people meandering around Poets Walk can be actual poets. Maybe there should be a rule that when you phone to pay your car parking fee, you also have to upload your latest poem. It could then be subjected to Turnitin to make sure you haven't just submitted 'In Memoriam' by Alfred, Lord Tennyson, and if it then passes muster, you get to park there. Seems fair to me.

That said, I think most of the visitors were up on the front rather than on the cliff walk as it wasn't too crowded at all. We walked up onto Church Hill and took in the views. The tide was a long way out and the offshore sand bar visible. 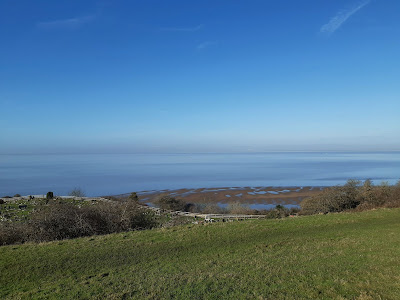 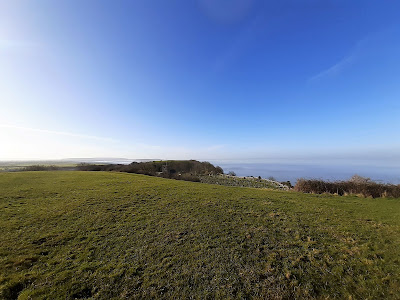 Looking back to St Andrew's 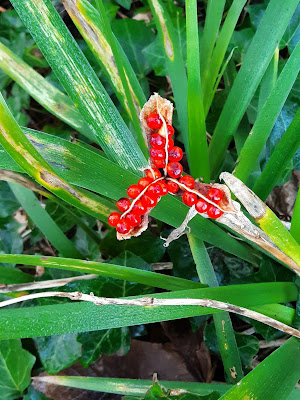 Stinking iris in Salthouse Woods
We cut through the woods and up the coast path, past the Lookout. 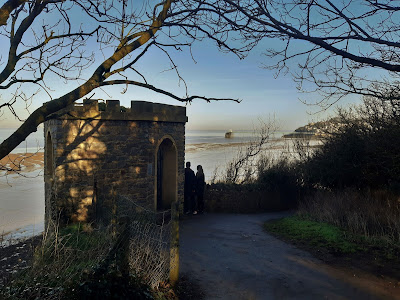 The celebrated views of the town were clearly visible through the bare branches of stunted cliff-top trees. 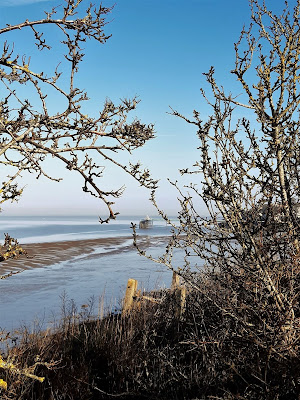 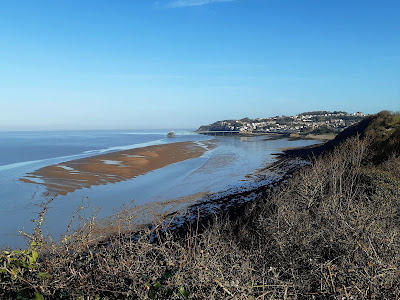 Cwtch had a run off the lead on Wain's Hill. She hadn't been there before and was really happy. It was harder for us because the last time we were there was just a week before our previous dog, Ted, died. He was so tough and resilient, we didn't even realise he was ill. I felt a real pang in my heart as we walked over the ancient hill fort. 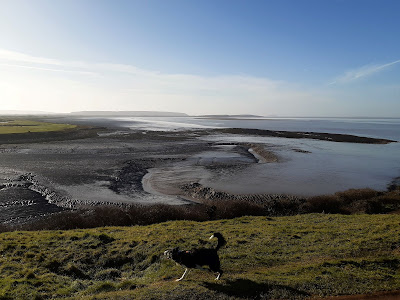 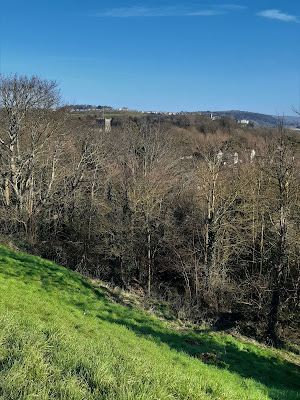 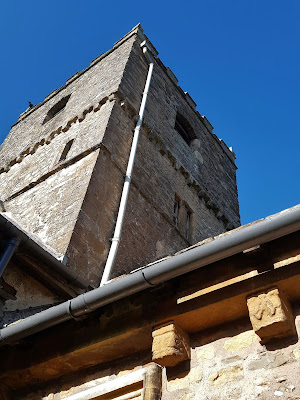 Back at the Church we paid our respects to the Sheela-na-gig (bottom right) and a very noisy crow on the tower (top left). I expressed dissatisfaction that cockcrow is a thing and crowcrow isn't, even though crowing is clearly associated with crows, what with them having secured the onomatopoeic name for themselves at least as long ago as the mid-13th century. The Northerner quite reasonably pointed out that cockcrow is primarily a time rather than a noise, and if our ancestors had ordered their day by crowcrow, they'd have got in a pickle. 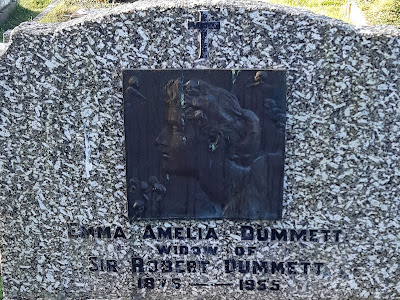 In the churchyard, Emma Amelia was quite clearly a beauty of Pre-Raphaelite distinction in her prime ... 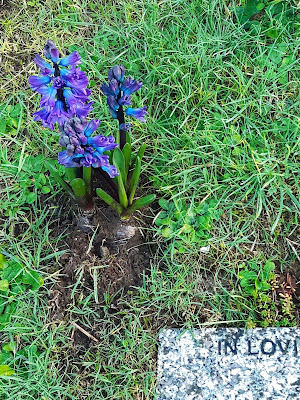 ... and Hyacinth is in evidence too, despite it being on a windswept cliff. 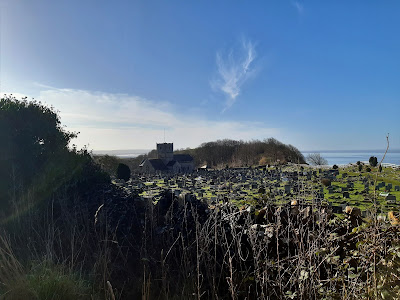 Looking back over the churchyard

Posted by Deborah Harvey Poetry at 17:58