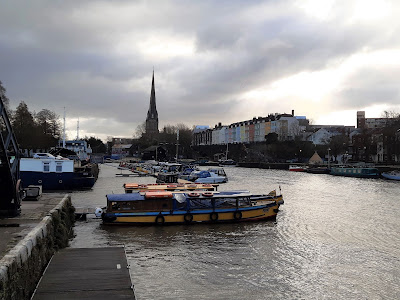 Last week Facebook drew to my attention to the fact that it was a year since I'd wandered around the heart of Bristol, and I realised that I'd never been away from it for that long before. And as I'm attached to the place, I had to do something about it, and that meant getting up at dawn to go down  for a wander before it was too busy, as much for the puppy's sake as that of our social distancing. 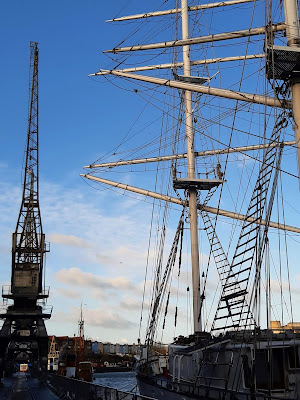 It was still quite dark when we arrived at Mud Dock, but it brightened as we headed down along Princes Wharf and Wapping Wharf to the Great Britain, although there was a stiff breeze, which made for interesting skies and achy faces. 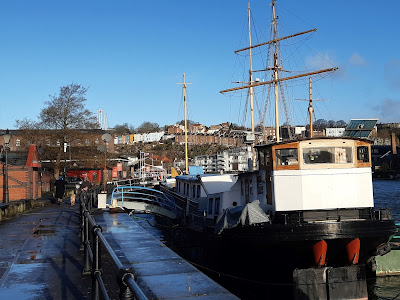 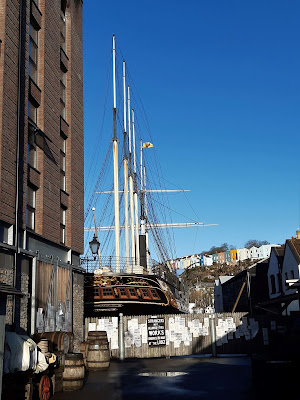 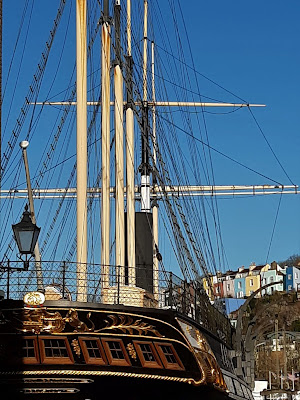 The same breeze brought in storm clouds, and although it was only a short stroll, the sky quickly became a lot more dramatic. 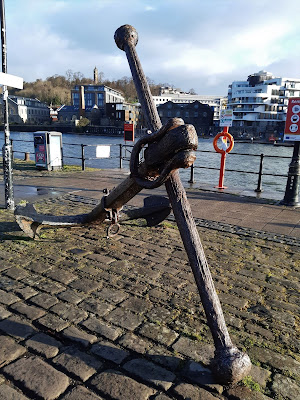 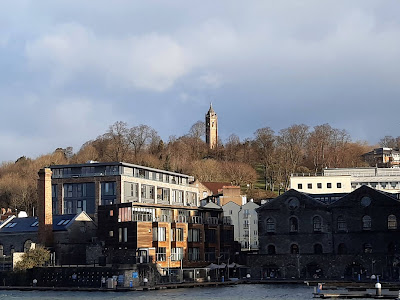 Looking across to Cabot Tower ...
` 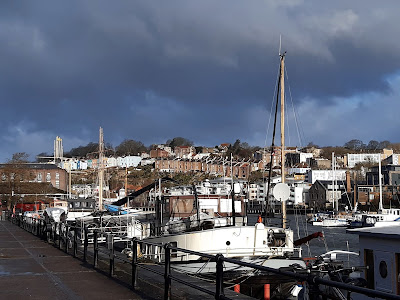 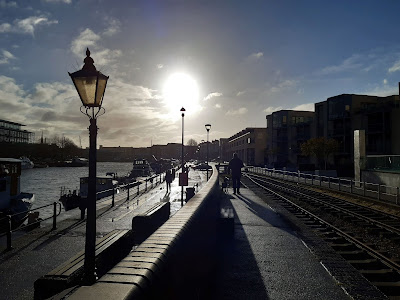 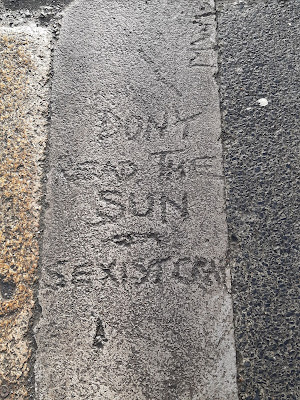 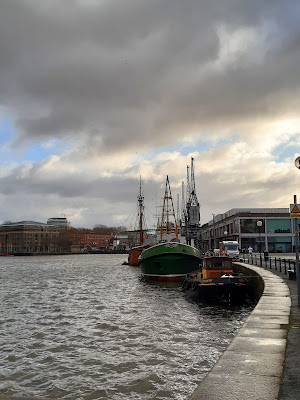 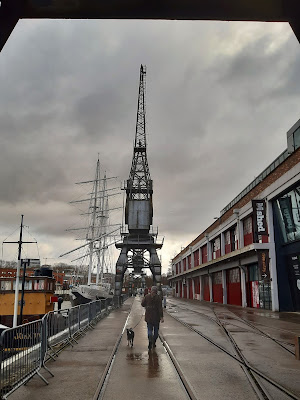 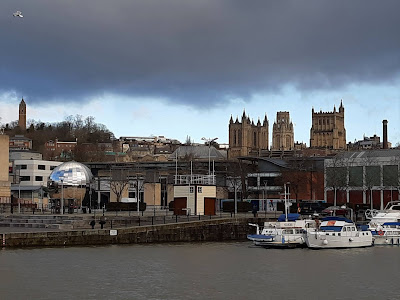 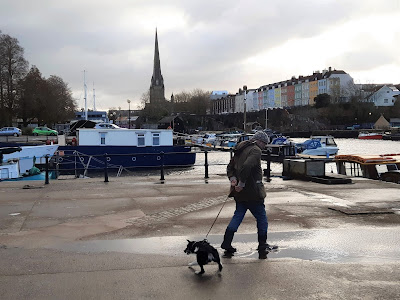 Don't make me go in that puddle!
A brisk stop-off at Sea Walls  - no ice cream van! - and it was time to go home. All very familiar, but given that we can't go anywhere new right now, enough to tide us over. 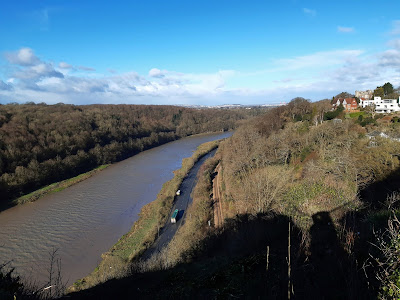 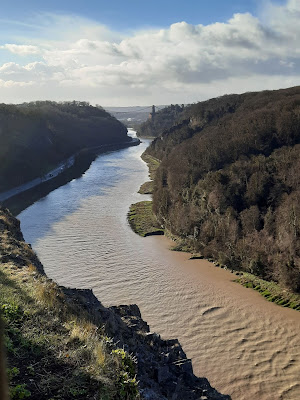 Posted by Deborah Harvey Poetry at 21:03