First warmth of the sun

Winter's not over yet, but in terms of duration - if not weather - it feels like we might have broken the back of it. During the last few weeks, we've had the run of the golf course as well as the meadow, wood and common on the far side of it, on account of there being no people hitting little balls at great speed, which has been great. Here are some photos of it in its soggy winter majesty. 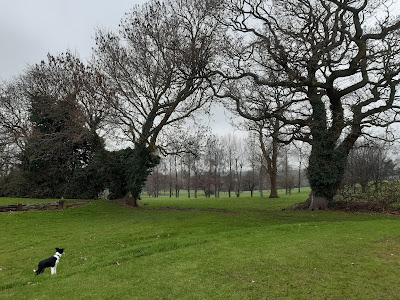 Is all this ours?
No, not really, Cwtch. 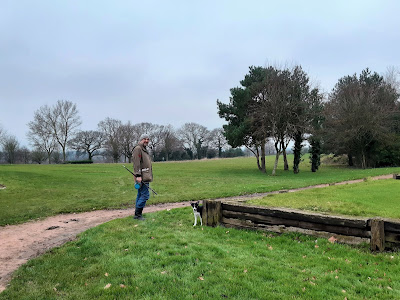 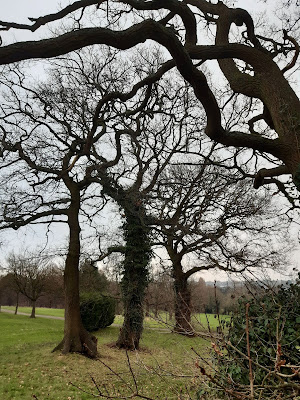 One of the things that has been quite striking is how wet the ground is. The smaller pond is always quite full ... 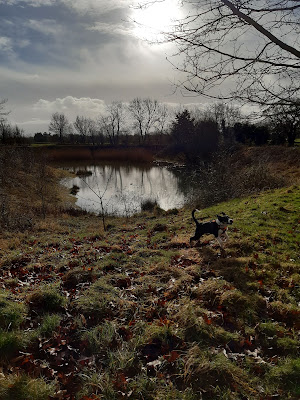 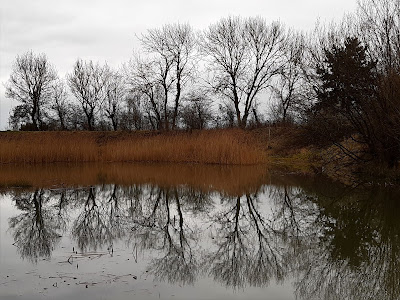 ... but even the larger one, which is often little more than damp, looks very watery. 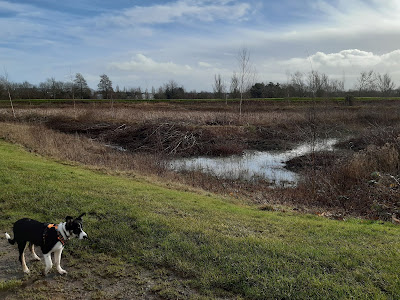 The meadow's really sodden too, especially down the bottom end, and it makes me wonder whether the amount of water underground was a factor in the distinct drop in temperature when walking down the footpath that I noticed last summer. I sank up to my ankles the last time we were there. Just as well we've been wearing wellies for the last couple of months. 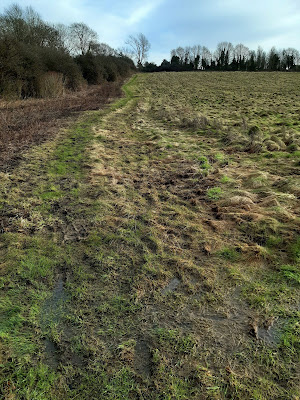 Always on the horizon is Southmead Hospital, and I often find my thoughts wandering that way while we're out, although it's only when I'm back home and watching the little videos I've made of our puppy, Cwtch, that I realise how omnipresent the sound of sirens is. 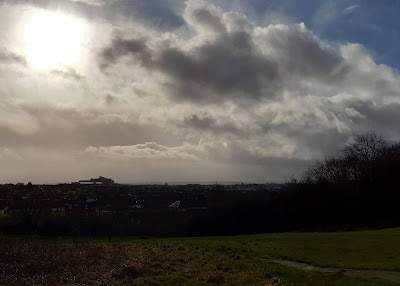 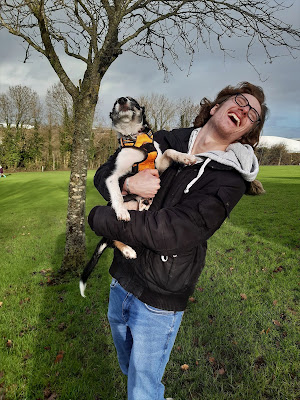 One of the pleasures of this time has been revisiting the old trees we first got to know last spring, when the course was closed for the first time. The fairy tree on the fairway is loaded with the fattest haws I've ever seen. There has to be something uncanny about it for the birds not to have had them. 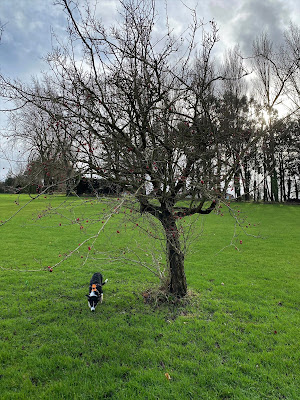 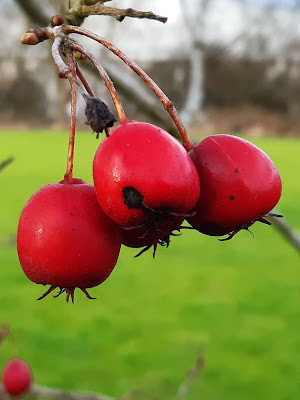 Around the northernmost edge of the course, where there's a sort of moat with huge trees in it, some of the paths that lead down into it have been cleared of brambles. 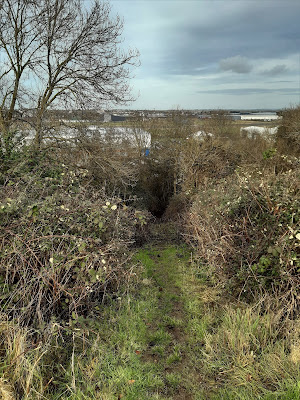 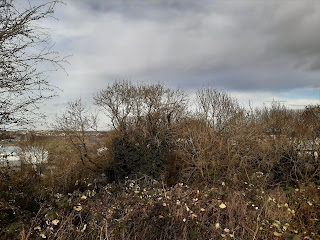 The path down to this ash tree looked far too steep and slippy for me to attempt, but not so the one leading to the magnificent oak I watched the sun set in a few times last summer, so I ventured down. It was good getting up close to it. 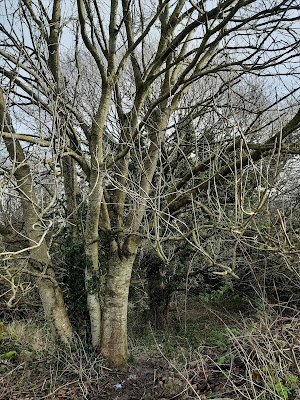 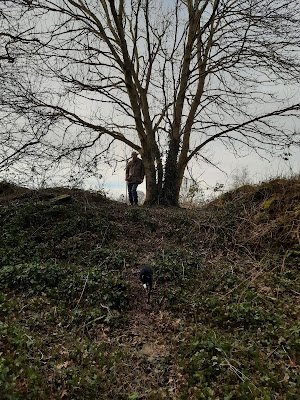 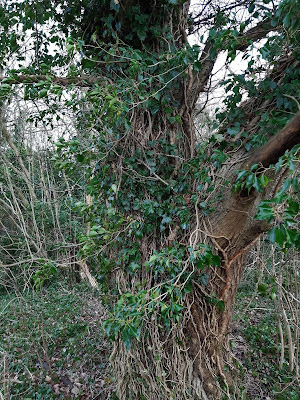 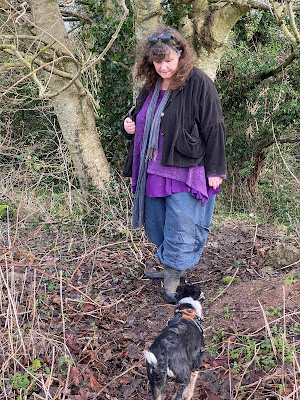 Visitors have included this buzzard, which the Northerner confidently identified as a kestrel (but then he is from Barnsley) ... 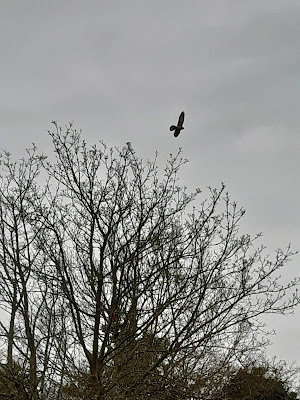 ... the first drumming greater spotted woodpecker of the spring (the one in our garden just chases all the smaller birds off the feeders), and this February ladybird. 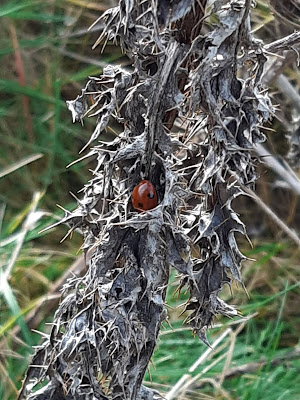 But the most tangible sign of spring has been the first faint warmth of the sun, and the oak tree in the meadow, which is unchanged yet somehow giving the impression it knows the season is turning. 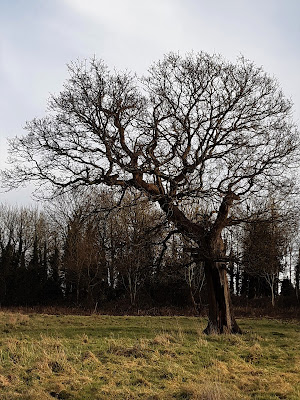 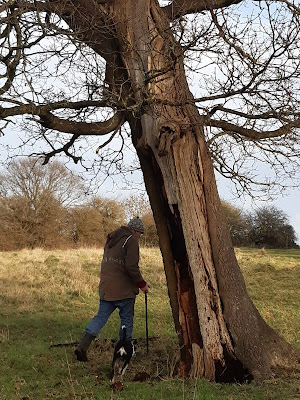 One of the two feathers I tucked inside it last October, at the beginning of a long winter without our dog, Ted, is still there, looking rather the worse for wear but unbroken and recognisably itself. A bit like the rest of us. 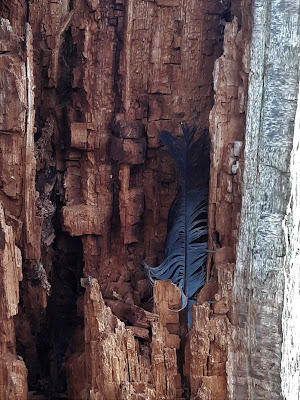 Posted by Deborah Harvey Poetry at 20:44