Feathers from the Angel's Wing 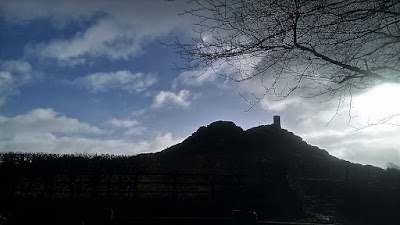 When the archangel comes knocking, you should pay attention. 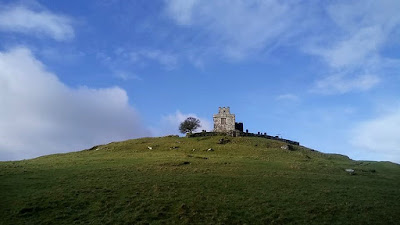 So yesterday Dru and I found ourselves on our first proper jaunt of 2019. Our destination ... Dartmoor. 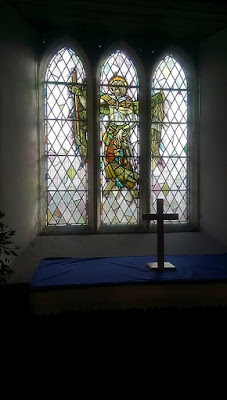 St Michael de Rupe, atop Brentor, to be precise. Here he is, in all his saturnine glory. 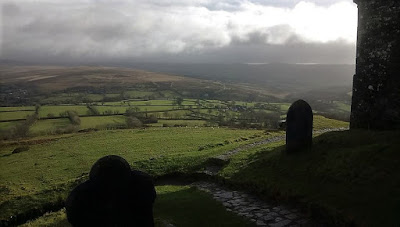 It's a hefty climb up to the church, but always worth it. Yesterday the view was like its angel, moody and magnificent. 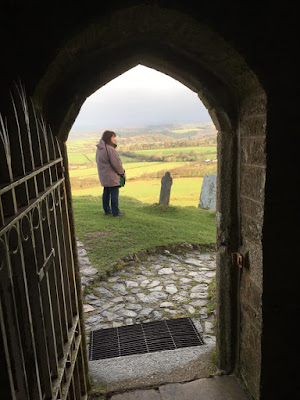 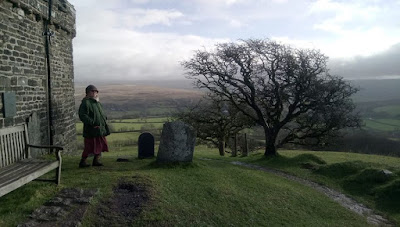 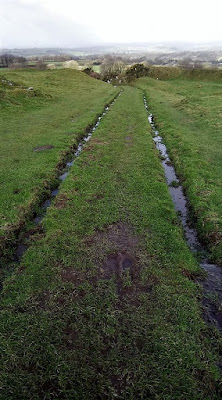 Since I broke my leg a few years ago, descents are trickier than ascents because I don't trust my bones to hold me up anymore, but there were few pockets of ice left after last week's snow and it was mostly just squelchy.

Squelchy enough for frogs, in fact, but the croak overhead was the day's first raven. 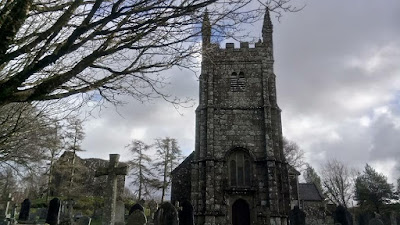 We then headed for St Petroc's at Lydford. 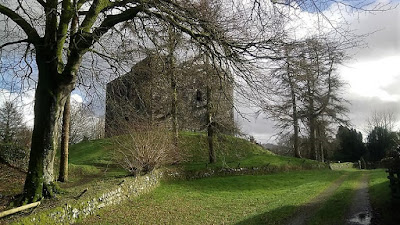 I like its setting best. Next door to the infamous Lydford gaol ... 'the most annoius, contagious and detestable place within this realm' ... 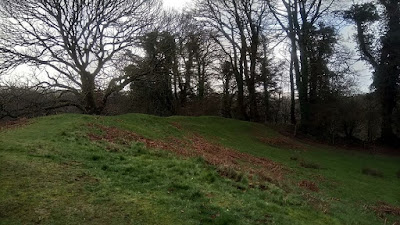 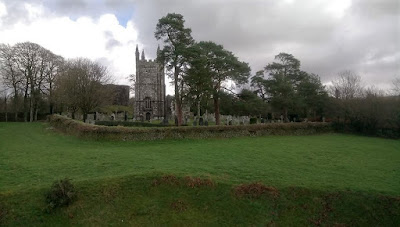 ... and with a fabulous, round churchyard, which suggests a religious site dating back to pre-Christian time. 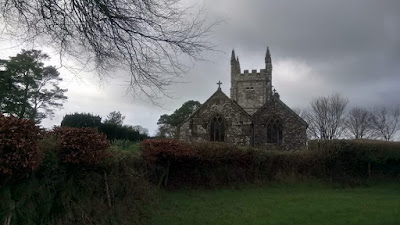 Before this 13th century building, there was a wooden Saxon church which was attacked and burnt down in 997AD by the Vikings. 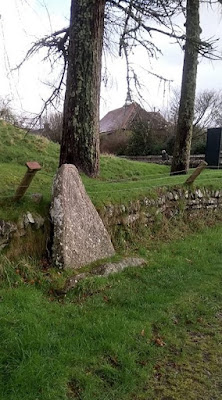 A runic stone was set up in 1997 to commemorate the 1000th anniversary of the attack. A passing villager told us how he had seen silver coins minted at Lydford in a museum in Stockholm, and we took a moment to lament Brexit. 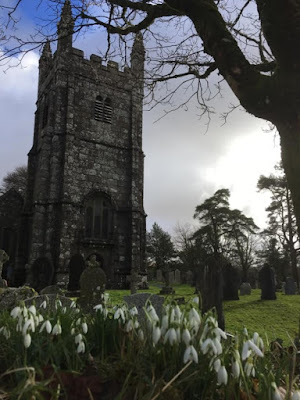 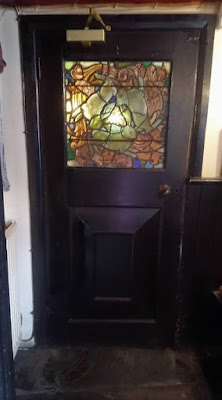 The interior of the church is lovely, but possibly not as lovely as the interior of the Castle Inn, which is one of my favourites.  Dru was keen to see the modern stained glass of the three hares and the green man, so we popped in to have a coffee and avail ourselves of their facilities. 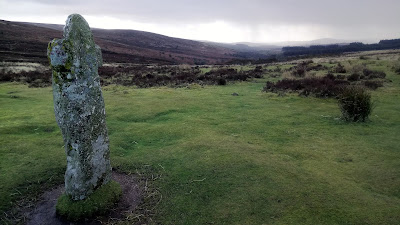 Next, we headed south to Tavistock and then up up up across the moor to Chagford, which always involves a stop at Bennett's Cross with its fabled view, which today was decidedly murky. 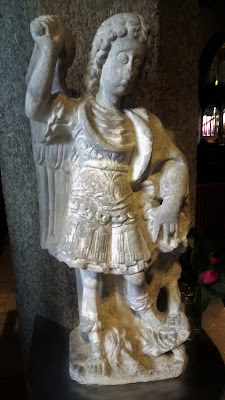 Here's St Michael again, this time in his church in Chagford. He's busy smiting the dragon, of course. Dru rather naughtily suggested that he might be using a flamingo to do it. 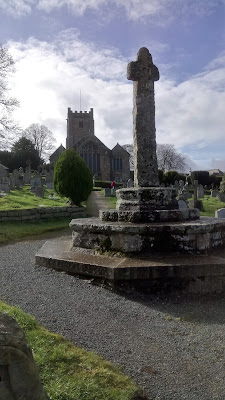 Then it was off down some of Devon's rather hair-raising lanes to a meeting about putative involvment in a project combining art and poetry and walking on Dartmoor and archangels, with a possible side-order of local cider. More about tht n due corrse, perjsaps (fungrs crssde). 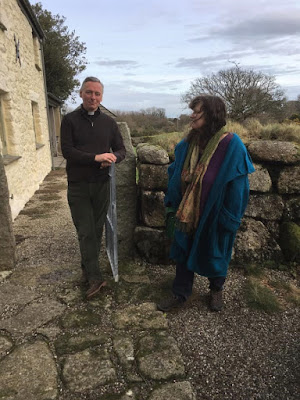 Posted by Deborah Harvey Poetry at 11:49