Purdown At The Turn Of The Year

I intended to get up early today and walk in the frost on Purdown but I was so tired from my round trips on successive days to Leeds and High Wycombe that I lay awake most of the night, at least until the wrong end of it when I fell violently asleep. So by the time we'd breakfasted, all the frost had melted. 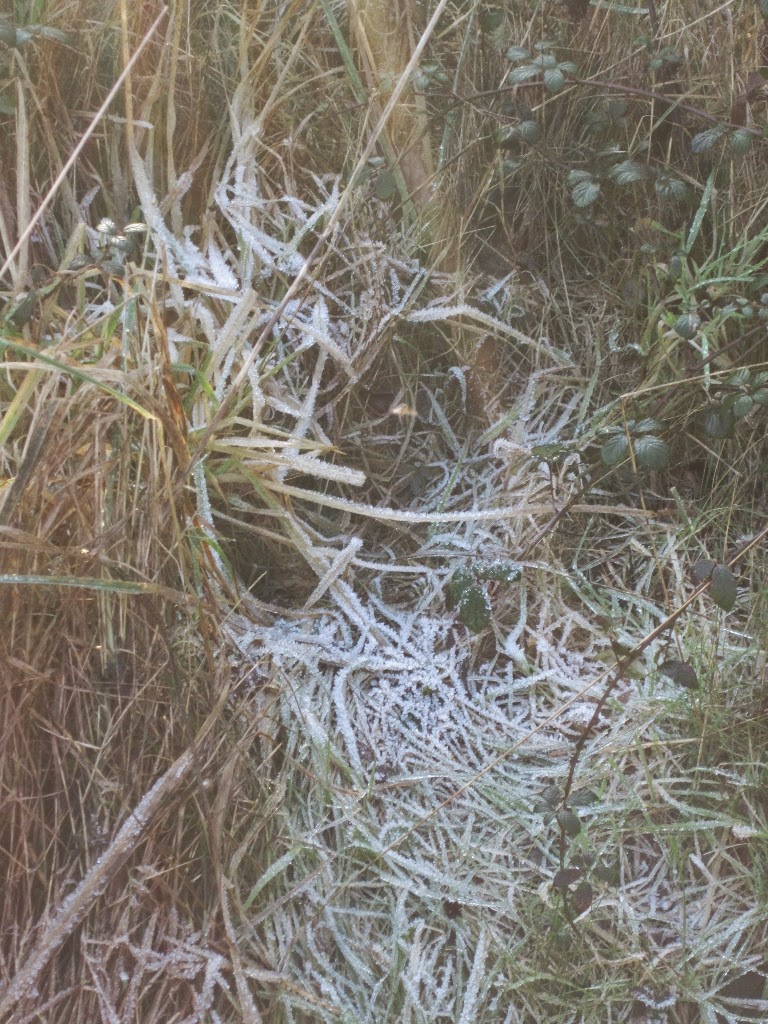 Well, that's not strictly true.  There were some pockets of ice. 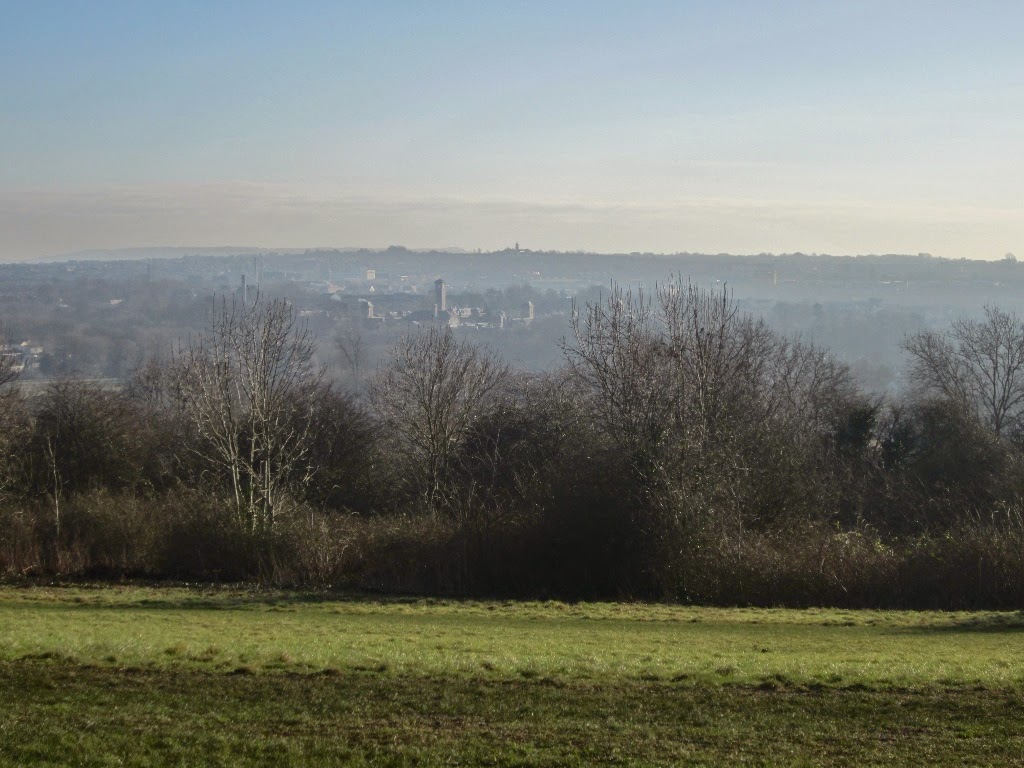 But most of the glory lay in sunlit views that ultimately foundered in the mist of a short-lived day. 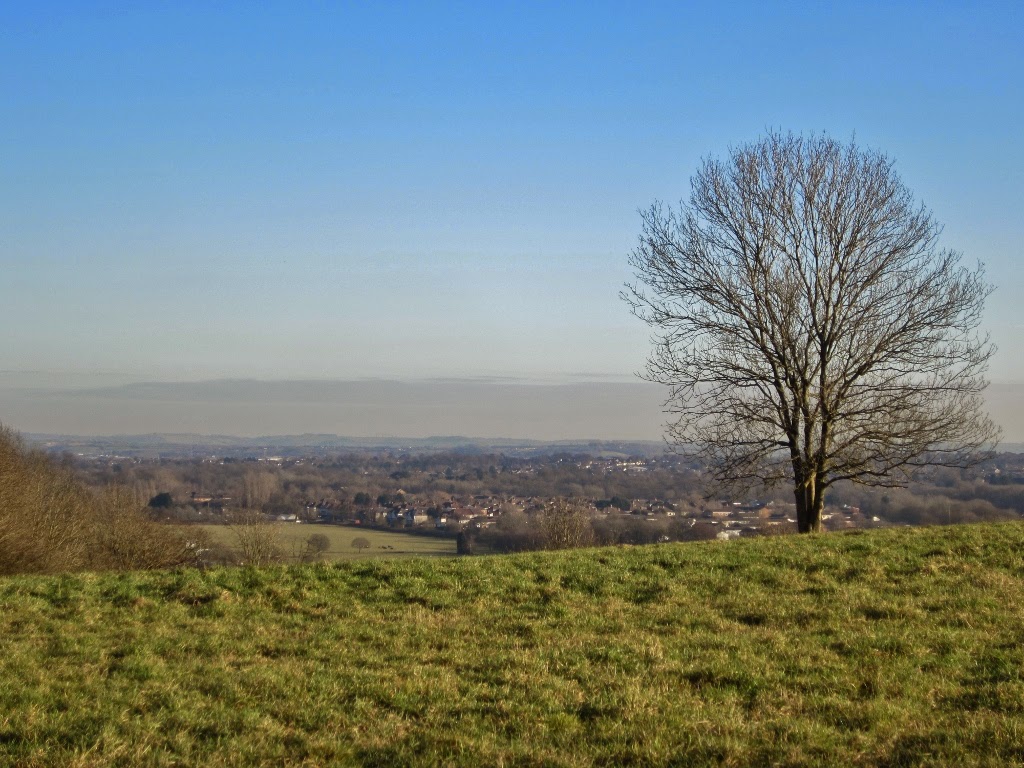 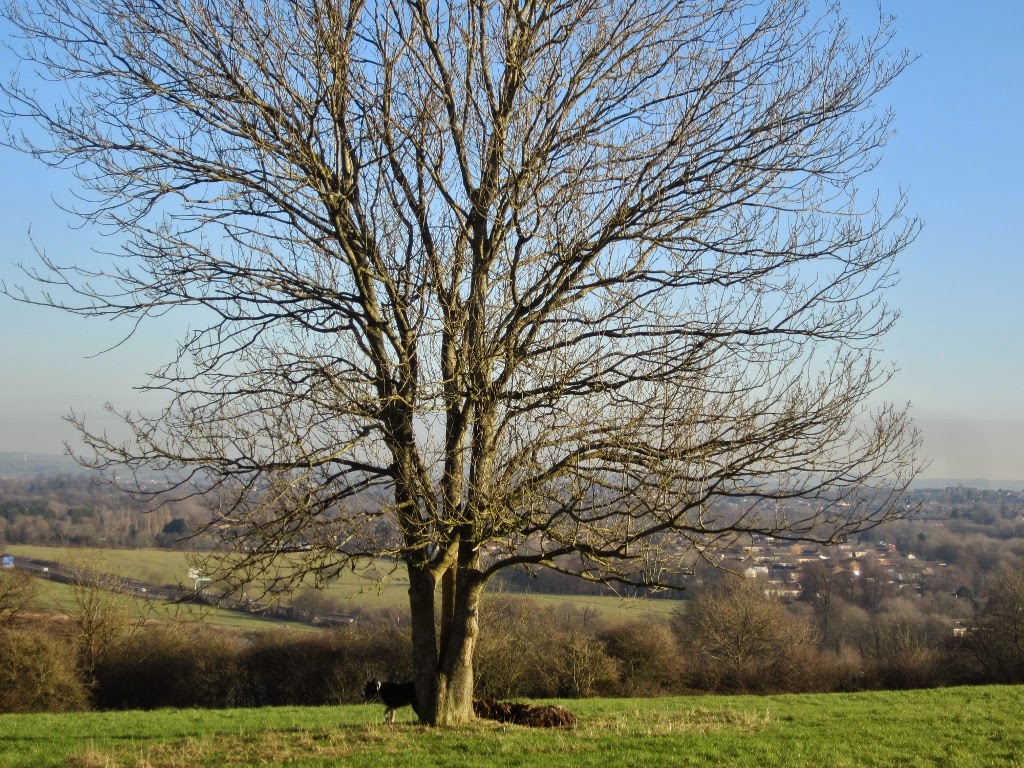 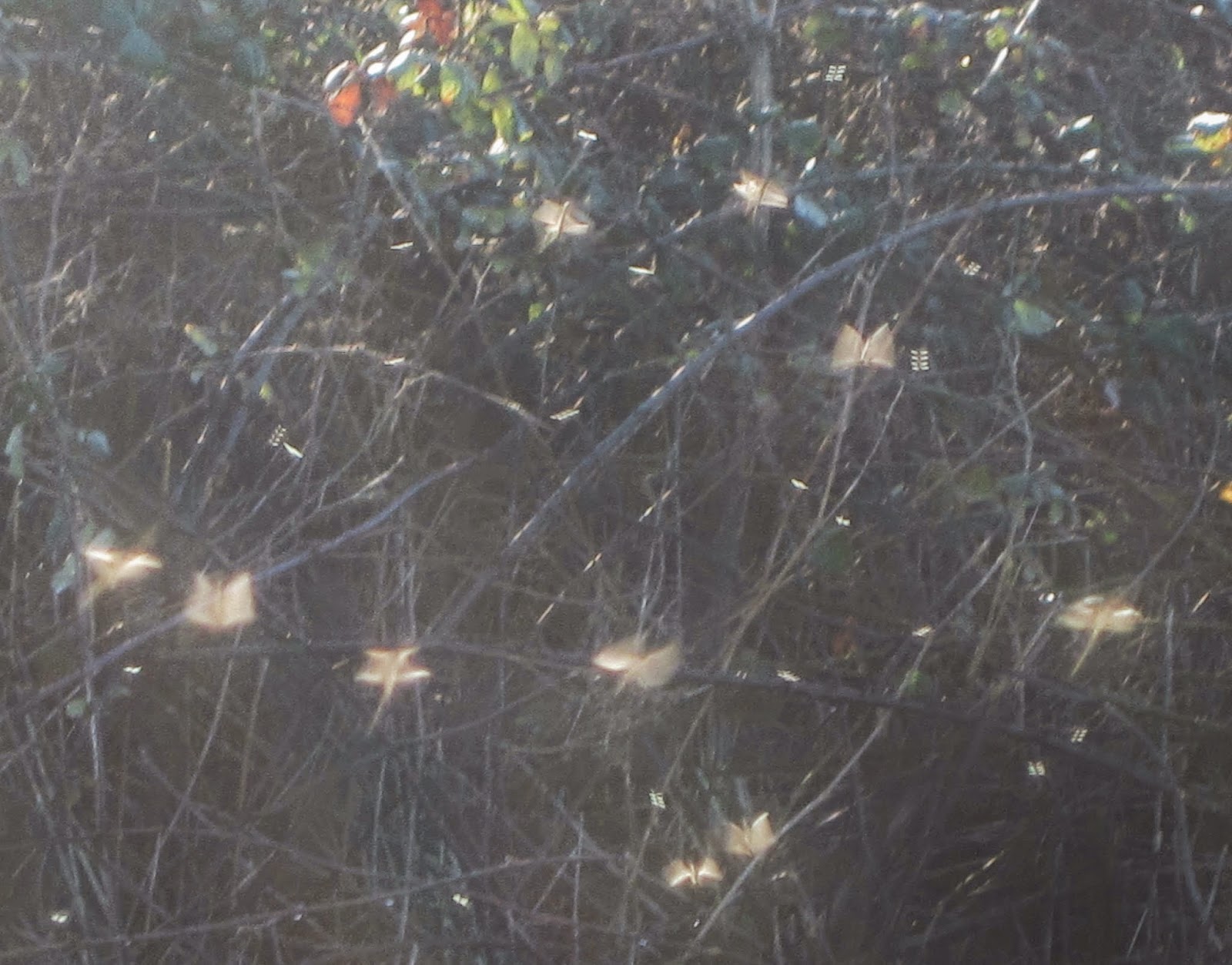 I didn't expect to see a gnat dance but I'm not really surprised, it was all so beautiful. 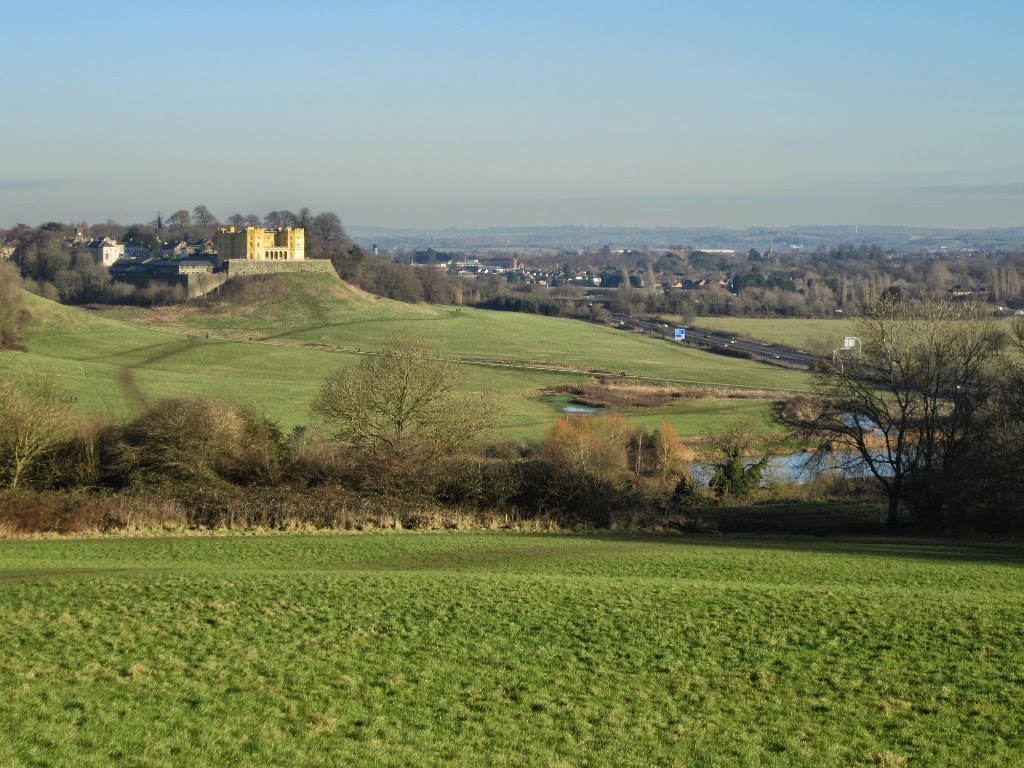 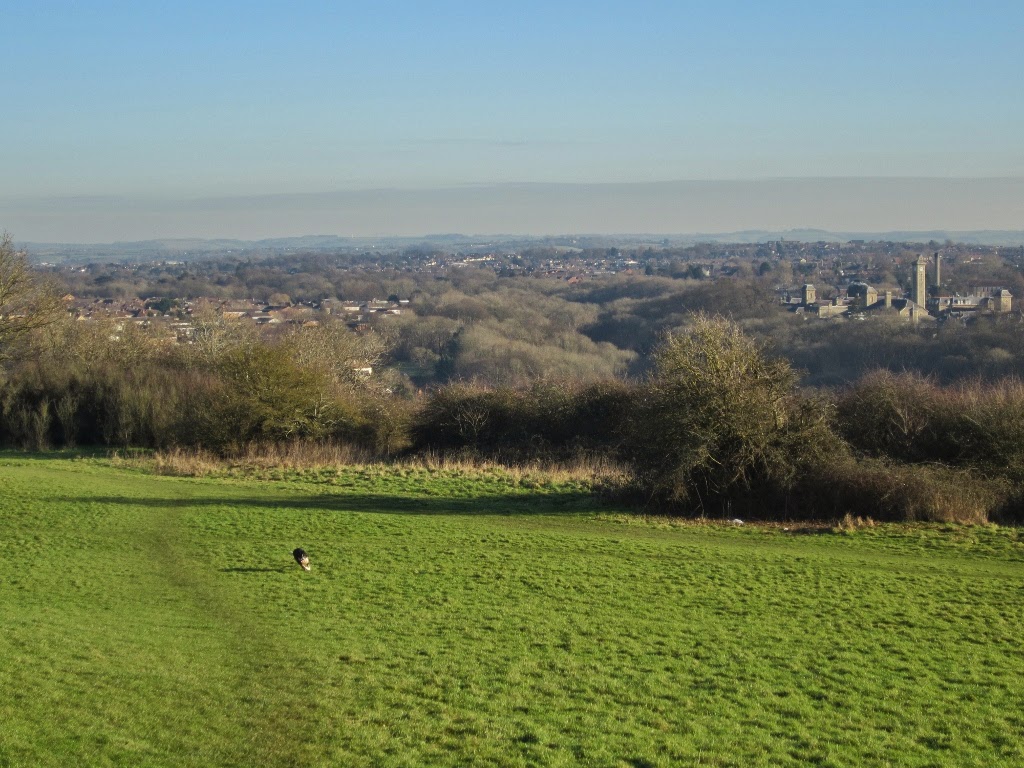 Looking up the Frome Valley. And Ted. 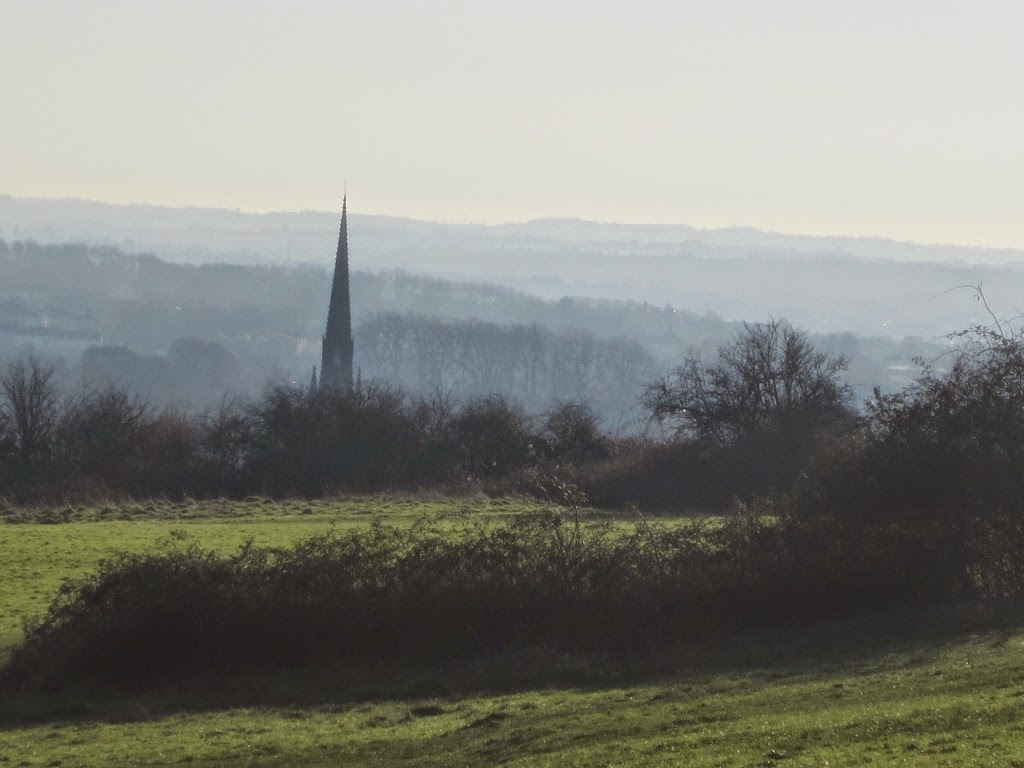 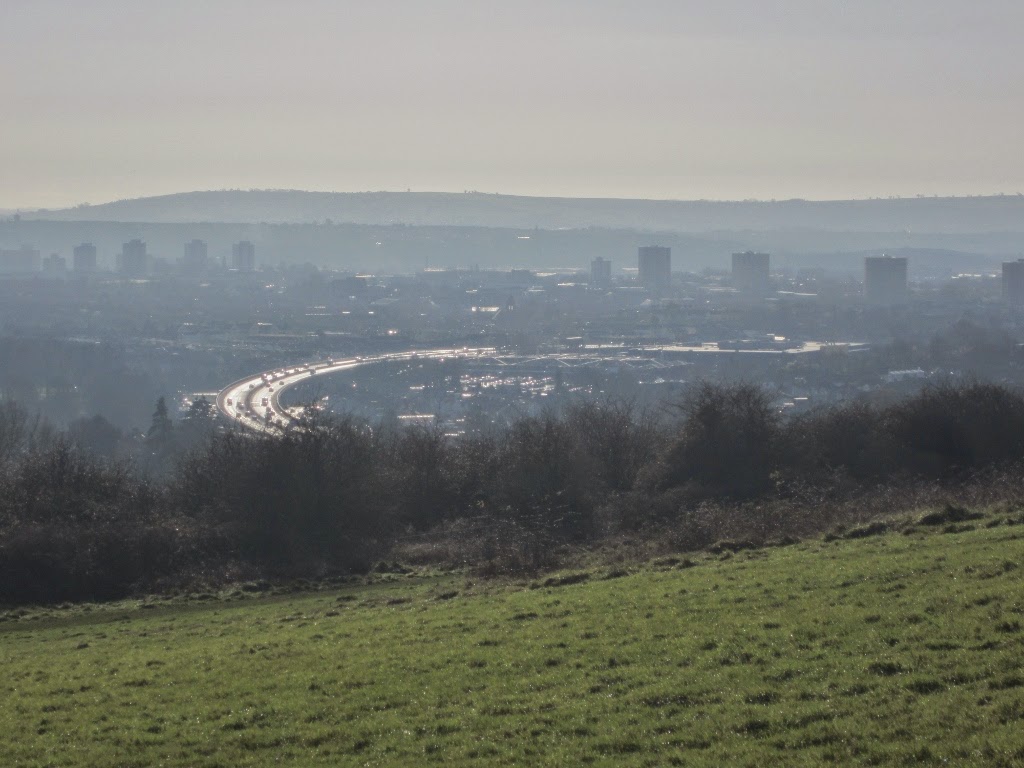 The ice-age torrent turned to traffic. 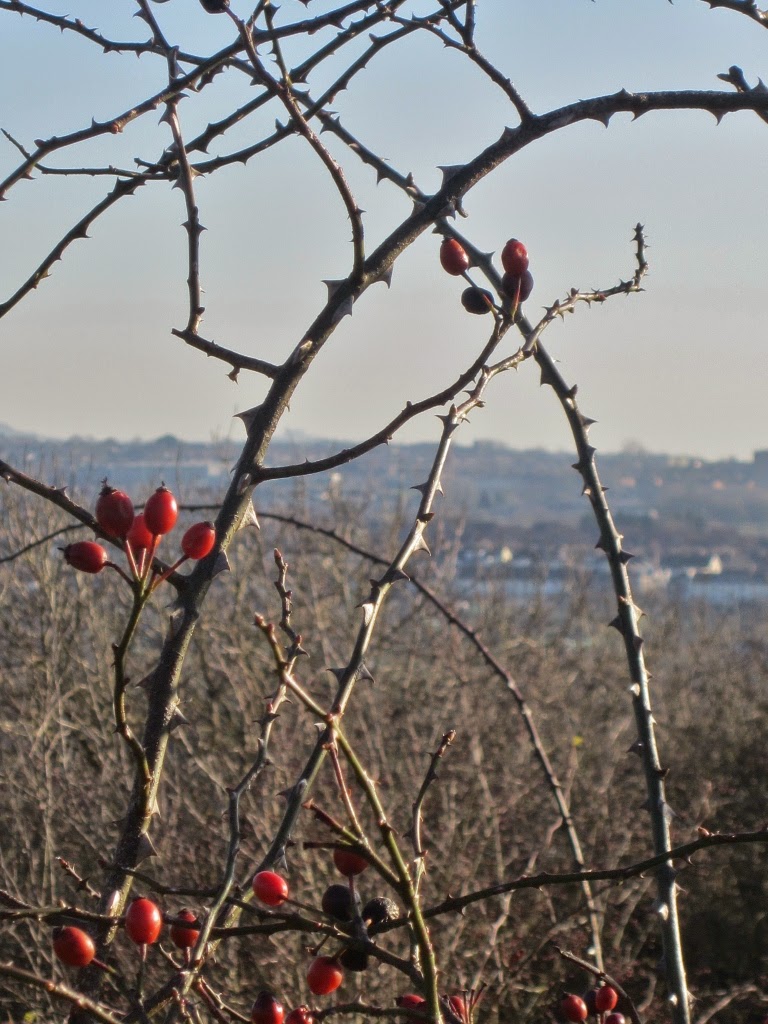 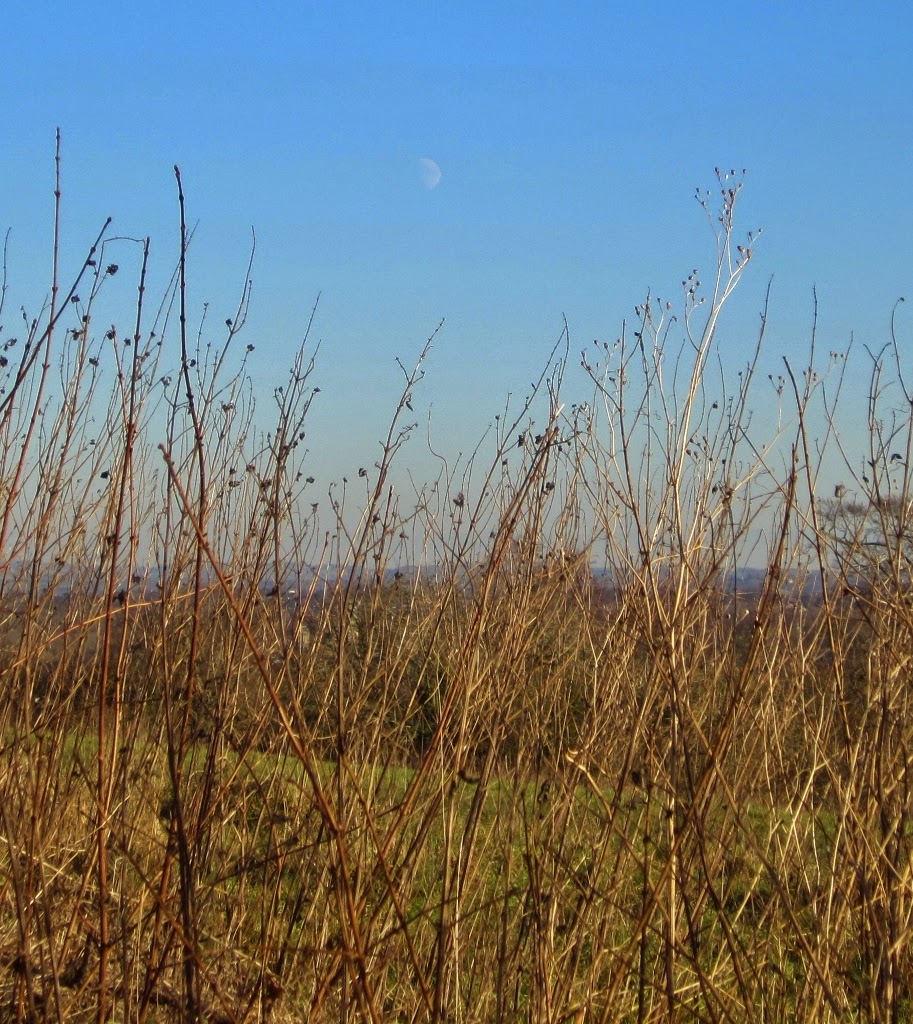 Then the moon rose, half full. 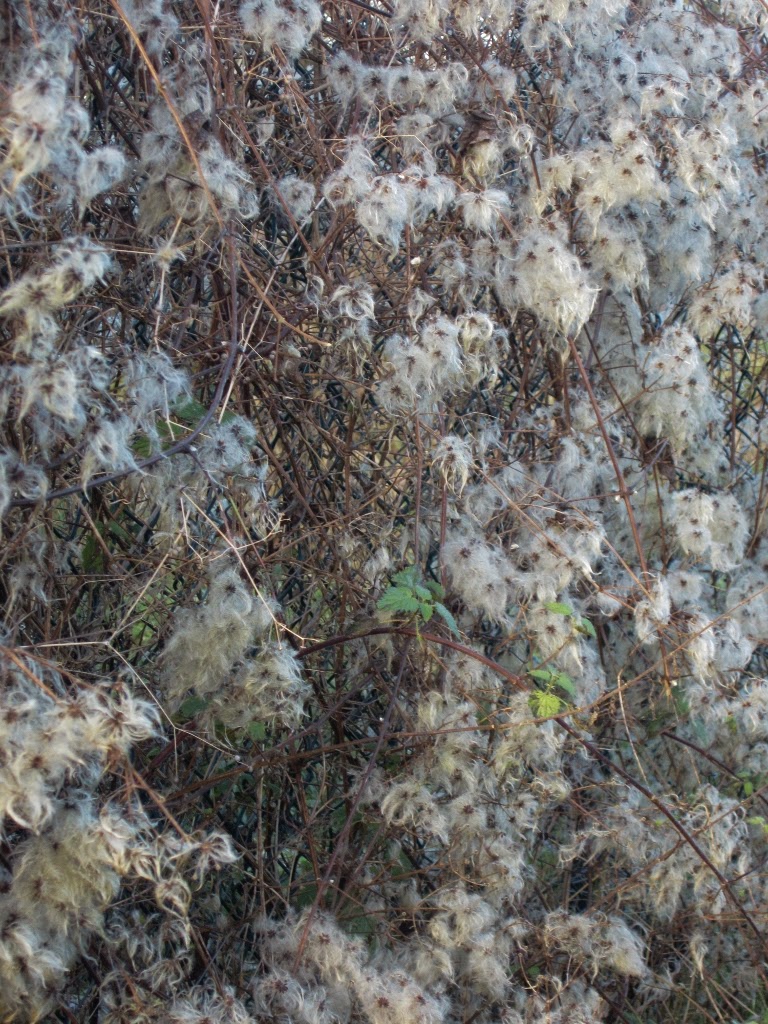 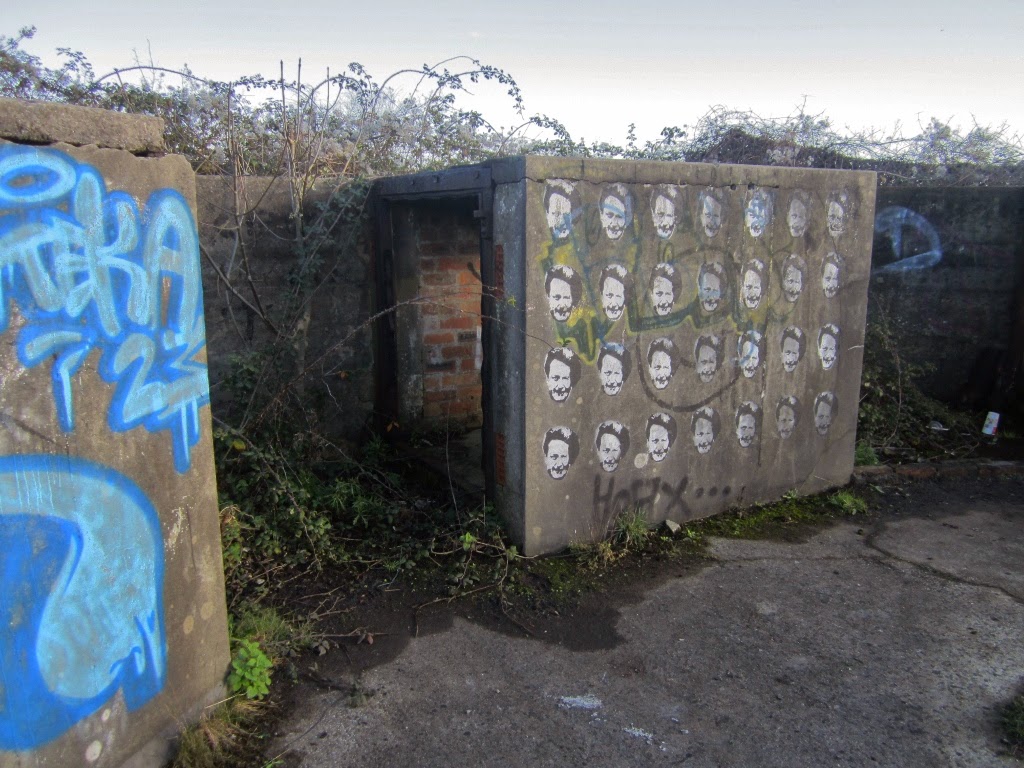 New (to me) graffiti on the remains of the heavy anti-aircraft gun battery where Purdown Percy once defended the city from Nazi bombs. 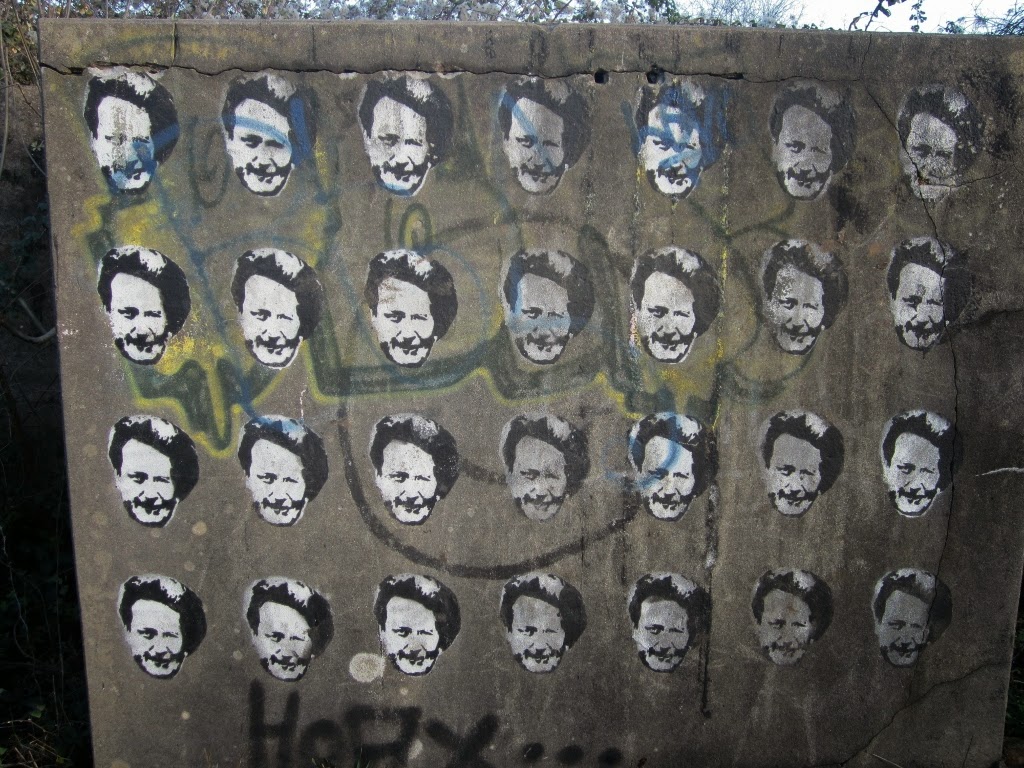 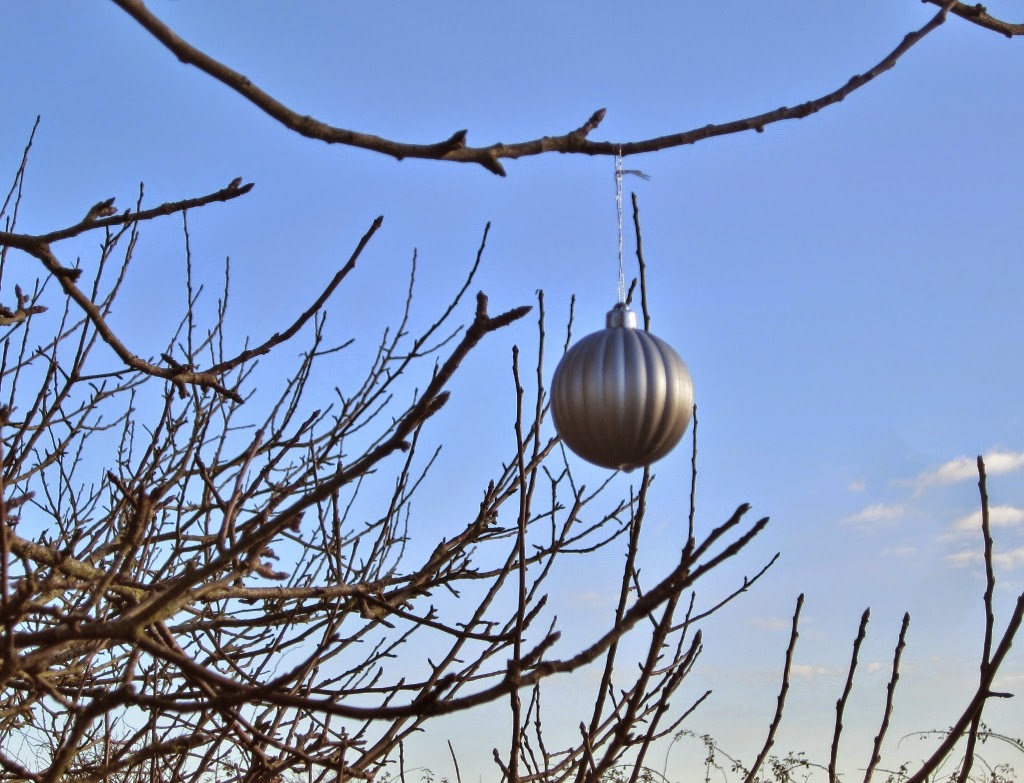 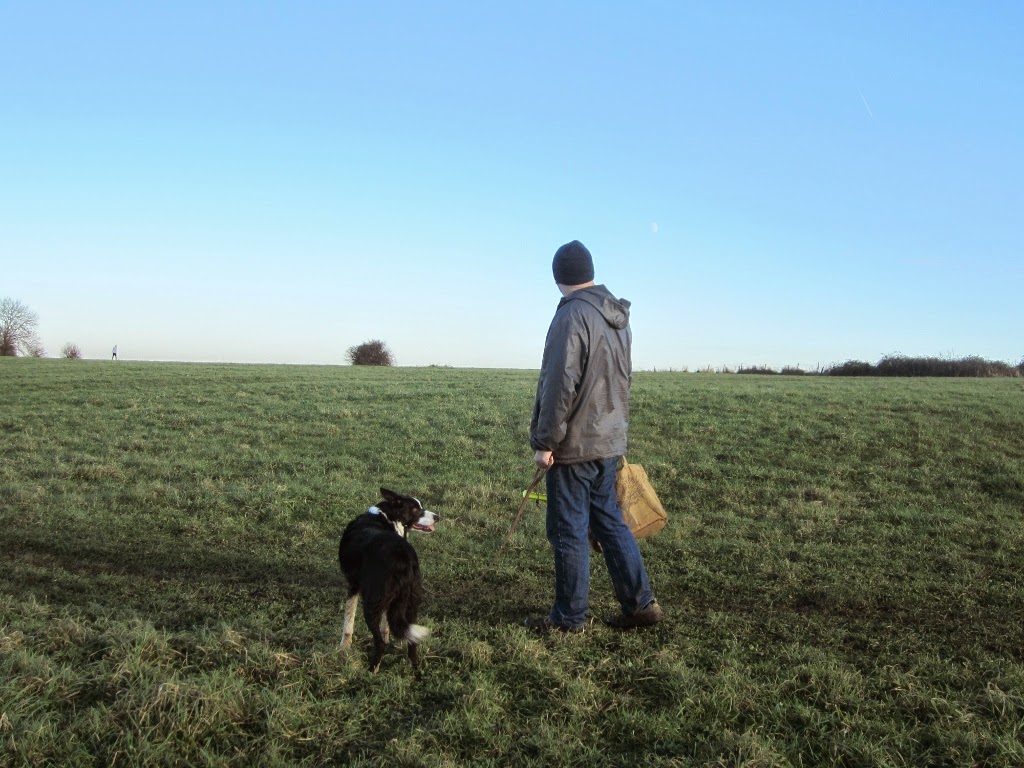 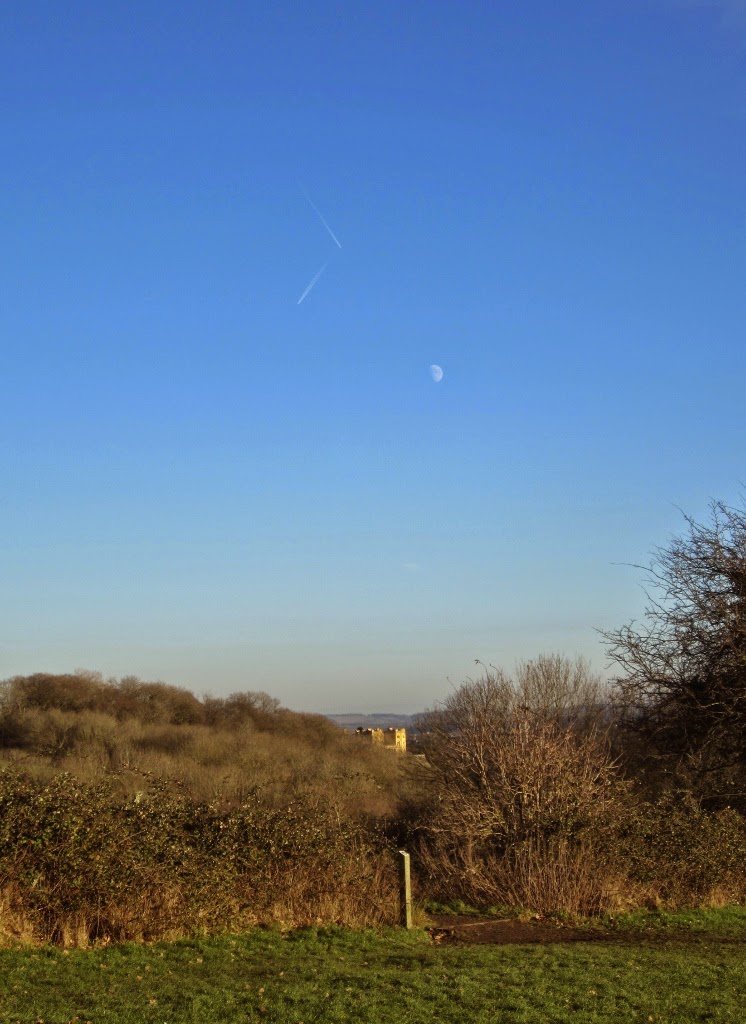 When I loaded my photos onto my laptop, I found some from yesterday morning, when I was setting off up the M4 with two Jennies in the car, so I had my frisson of ice after all.  A beautiful end to the year. 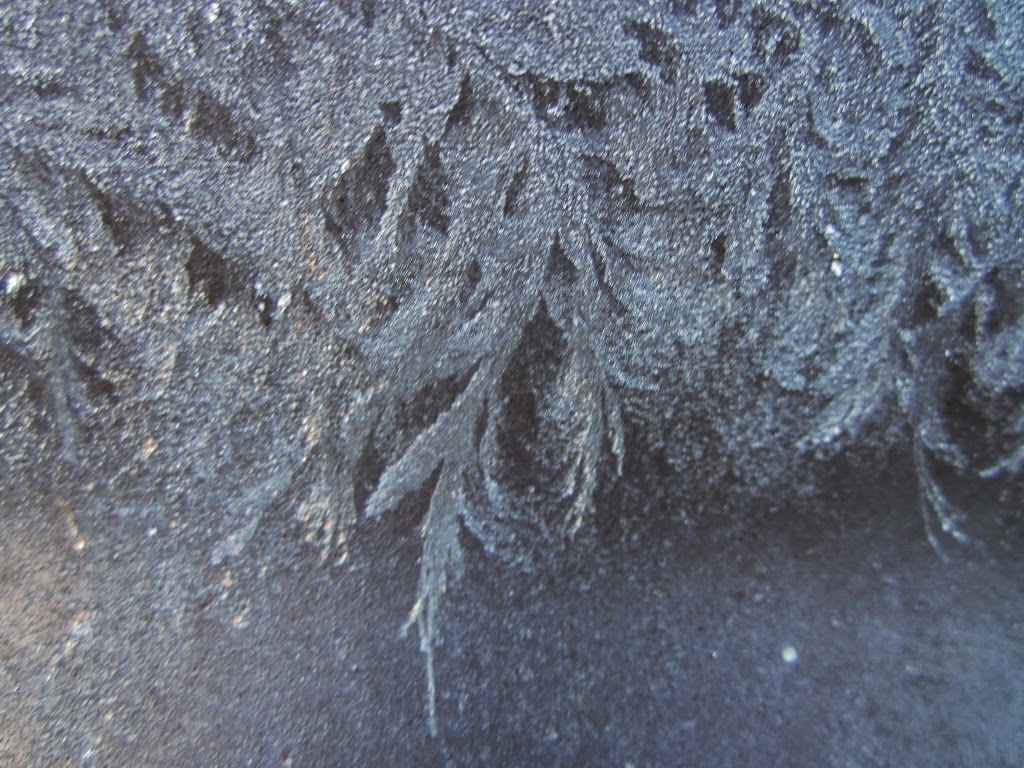 Posted by Deborah Harvey Poetry at 17:04