Gog and Magog Revisited or How To Read Tea Leaves

Clearly it wasn't a completely ill wind that blew snow over all points north - well, not unless you were stuck in it in Sheffield overnight.  Although the police could have made their announcement - DO NOT TRAVEL UNLESS YOUR JOURNEY IS ESSENTIAL - ten minutes before we got out of bed at half six rather than ten minutes before we were due to leave at half eight.  As it was, delaying a round trip to Leeds to drop off Elder Daughter and a car full of stuff by one day (extended cat-sitting having been arranged) meant that we could go to Glastonbury after all, a trip  that had been rained off the day before. First, a pilgrimage to venerable oaks Gog and Magog, which the offspring had never visited.  I have been to see them twice before so rather than telling their story again, I'll stick to posting photos of them in their wintry garb ... 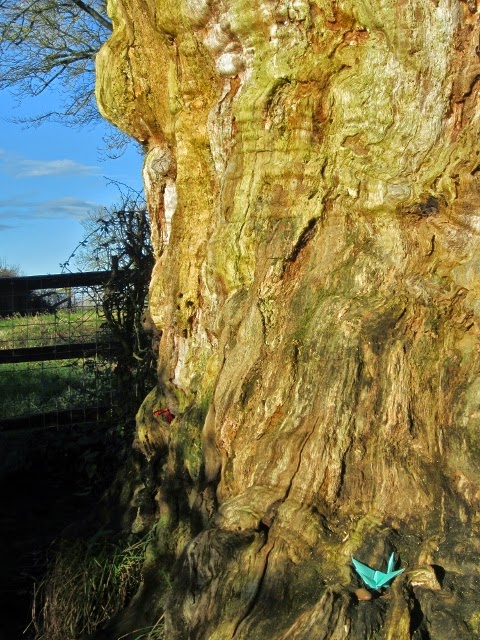 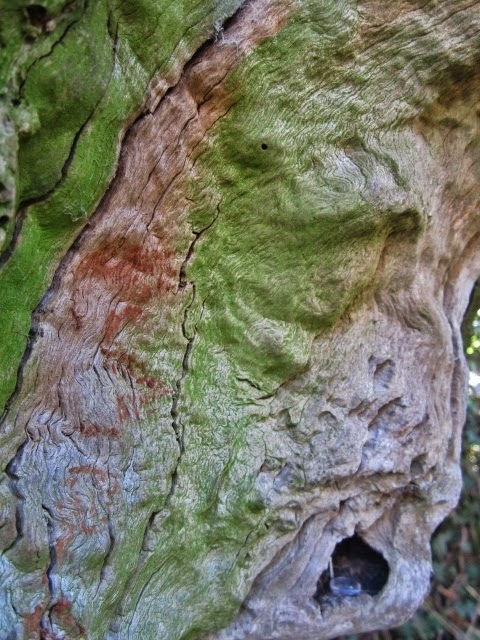 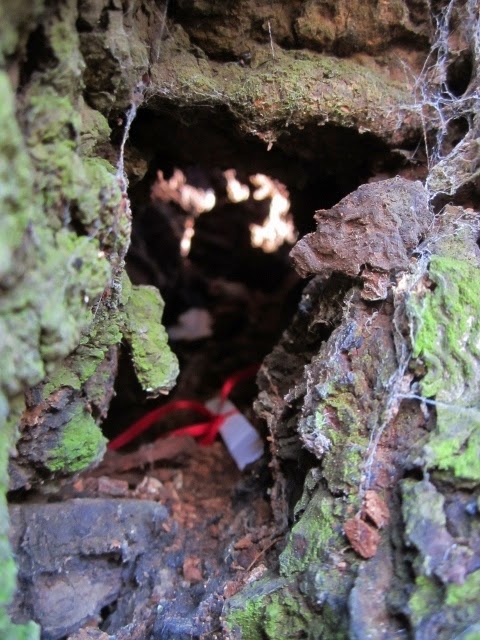 ... except to add that we did leave messages pushed into crevices in the bark of the only one of the two still living, Magog.  (And to say that I love the patterns of sunlight you get deep within old trees.) 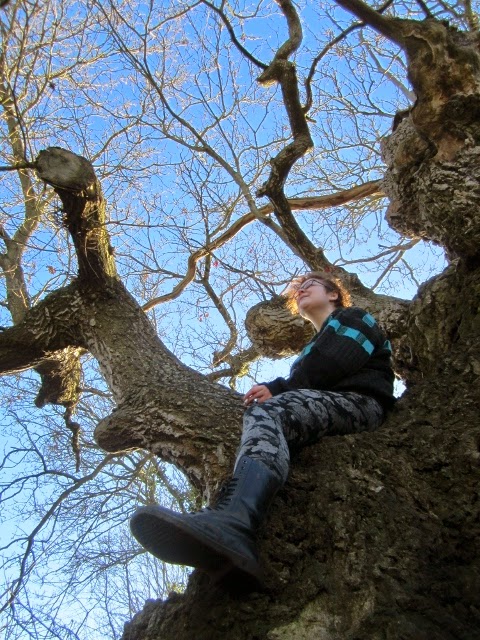 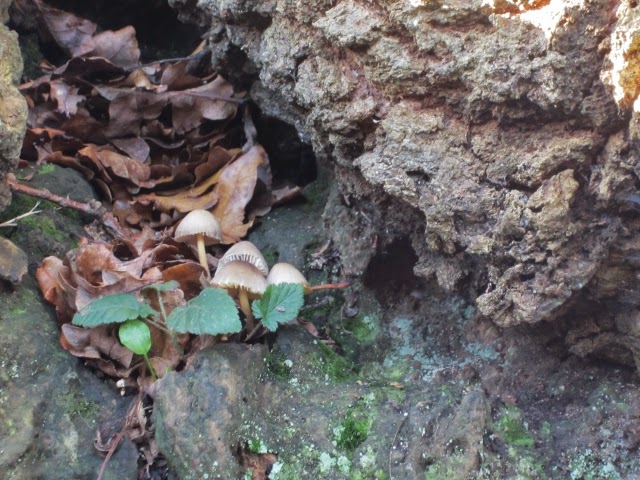 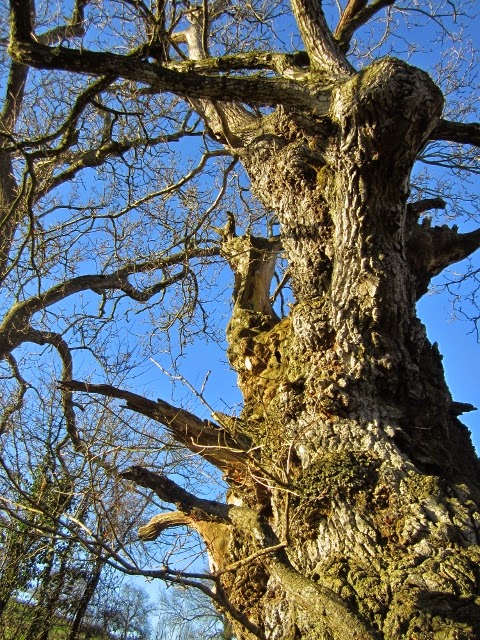 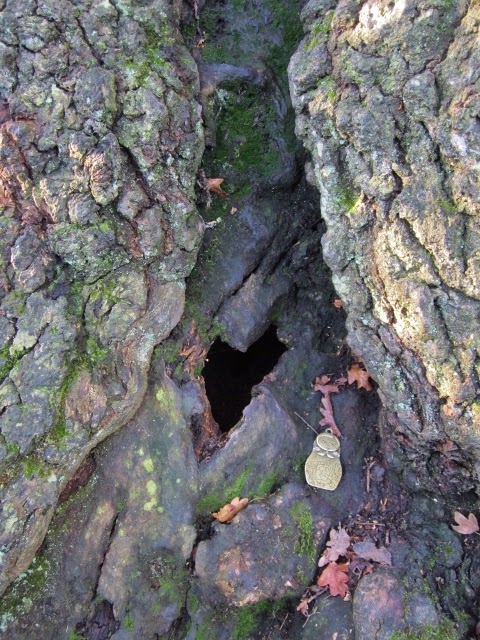 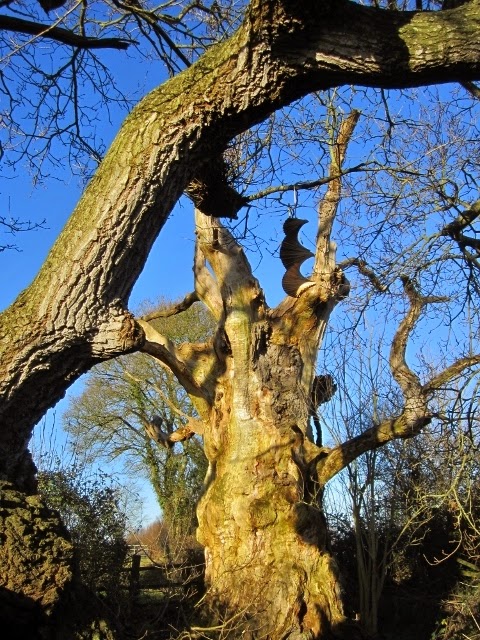 Back in Glastonbury we had lunch in the cafe where poet Rachael Clyne had her book launch back in the summer. I decided to risk a potential mouthful of tea leaves so that I could read them. 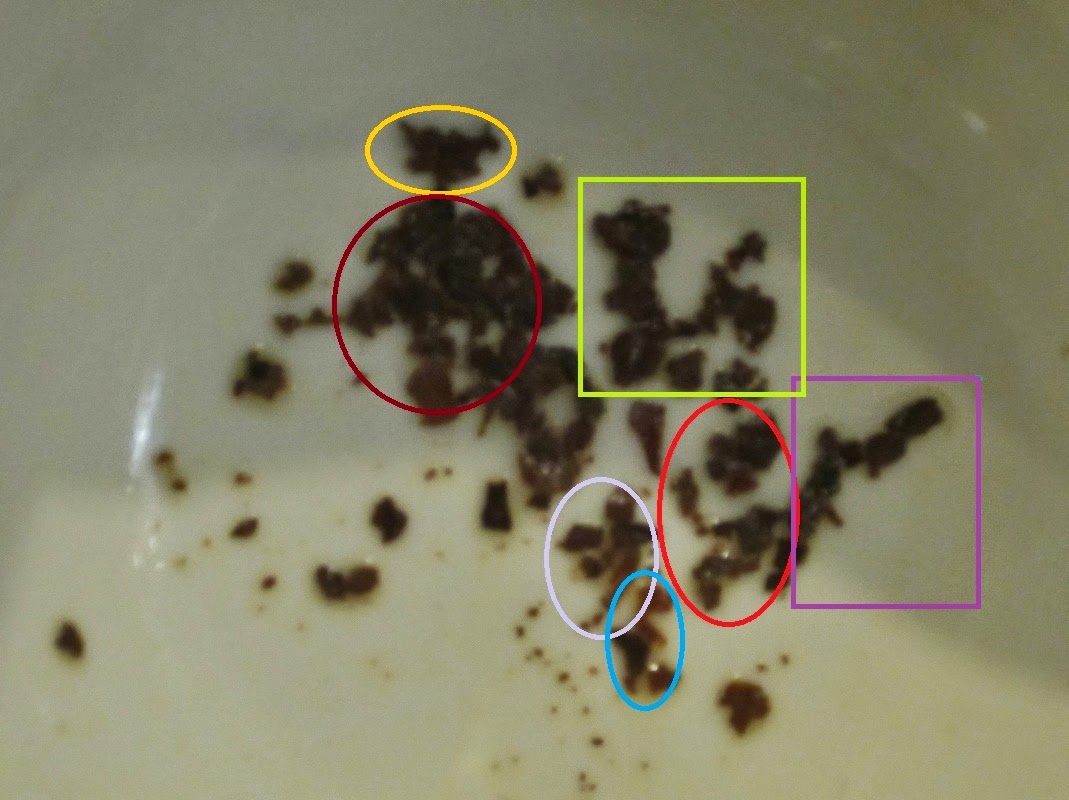 The scarlet-ovalled shape is a woman reading a book while sitting under a (purple-squared) tree which is either unleafed or dead.  Next to her is a (white-ringed) dragonfly and a blue-ringed flower, so it is probably spring or summer.  Above the woman is what I initially took to be a second tree before realising it is a fox (green-squared).  The second tree is ringed in crimson and in its canopy, two yellow angels are dancing.

What does this mean?  I think it means that one day I will find myself reading a book under Gog on a beautifully summery day and I'll see a fox and angels dancing in Magog. 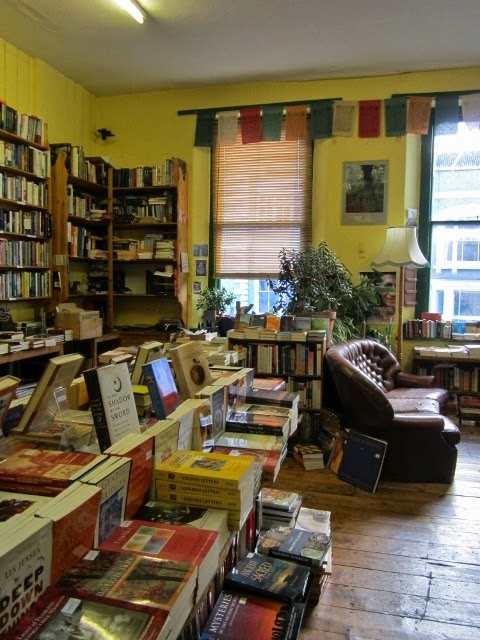 Then we did some book browsing because we could.   Poet Jo Waterworth, who was working in one of the bookshops, let Elder Daughter use the staff loo so we obviously had to buy some books by way of saying thank you. 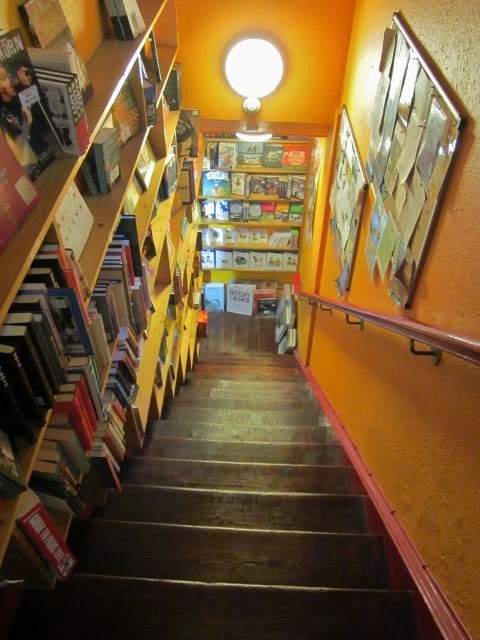 Then we decided not to climb the Tor or Wearyall Hill because it had started to rain and because we can come back another day and do that. Because we can.

Posted by Deborah Harvey Poetry at 17:08