The Last Days of Troy, the First Day of Manchester

Frazzled and stiff from the purgatory of a five and a half hour drive north through endless M5/M6 roadworks, we hobbled into our seats at Manchester Royal Exchange with moments to spare.  The play we had travelled for so long to see was Simon Armitage's 'The Last Days of Troy', in which he reworks - and fills the gaps in - the conclusion of 'The Iliad'.

It's a stunning interpretation, well worth seeing and also at the top of my books to read next pile.  One thing that struck me was the number of strong roles for women in a story that stinks of war.   I particularly admired the portrayal of Thetis, goddess-mother of Achilles,  and Andromache, the wife of Hector, by Clare Calbraith.  Also, in the difficult role of Helen, Lily Cole.  Of course, it helps that the actress has an extraordinary physical presence, but to suggest that her portrayal relies on that is to do her an injustice.  She is convincing as a woman who is constantly reflected and refracted through the eyes of men, but who has more intense relationships with women. 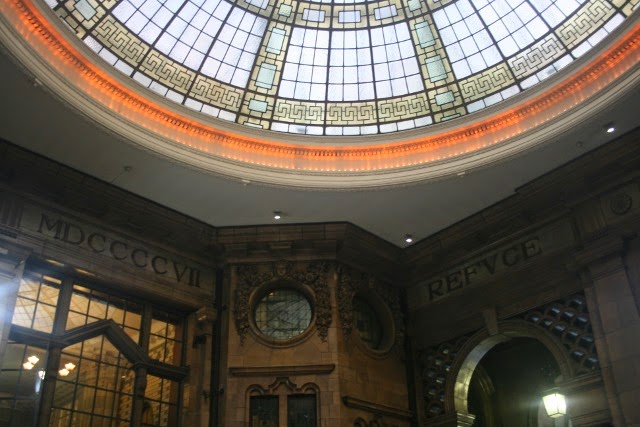 From the Victorian splendour of the Palace Hotel, we stepped out the next day into a bright Mancunian morning. Apart from the odd half hour spent on the platform at Manchester Piccadilly thirty years ago, whilst en route from Lancaster, where I was a fourth year student, to Bolton where my future ex-husband was working, I had never visited Manchester before. My escort, on the other hand, has lived there before moving to Bristol, but prefers our next destination, Liverpool, so I had but an hour on Saturday morning to get a feel for the place.  This I failed to do, although I suspect it's because I didn't get to see Salford Quays.  Somehow my idea of a living, breathing city involves water and a waterfront. 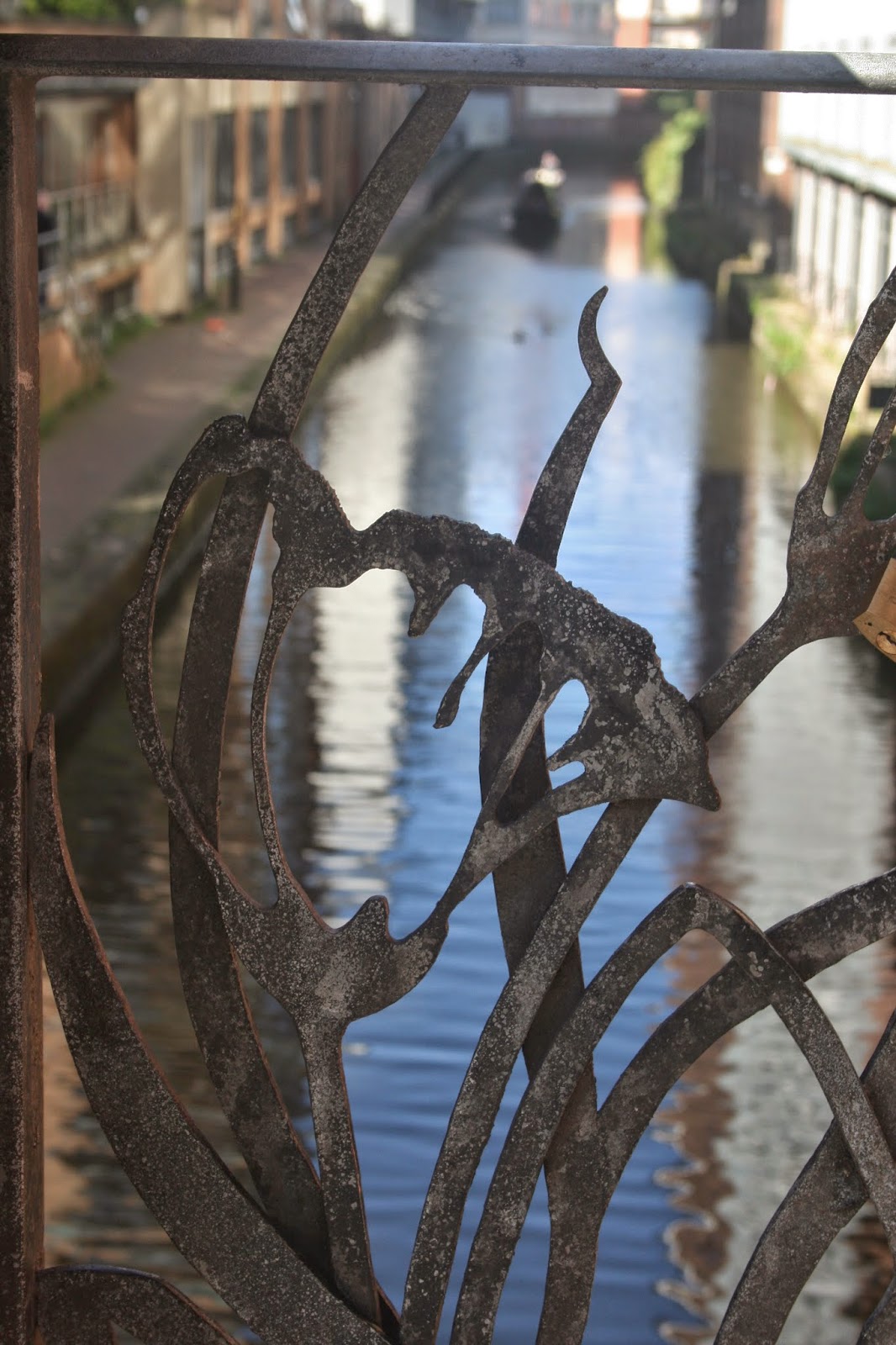 I did catch a glimpse of Bridgewater canal through this railing. No sign of Dru and NB Eve, however.

I liked the reading room in the Central Library with the following quotation from Proverbs:

'Wisdom is the principal thing; therefore get wisdom: and with all thy getting get understanding. Exalt her, and she shall promote thee: she shall bring thee to honour, when thou dost embrace her. She shall give to thine head an ornament of grace: a crown of glory shall she deliver to thee.' 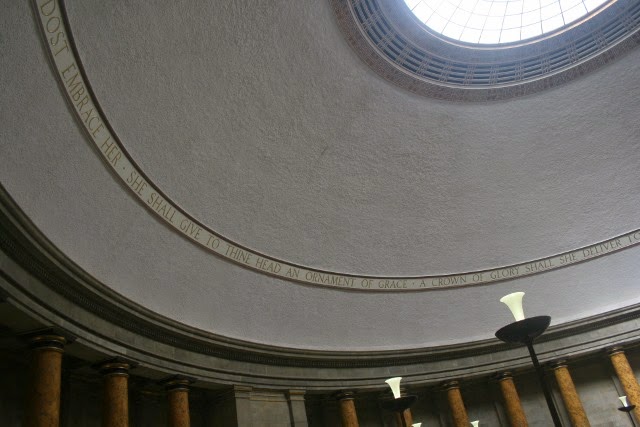 If only wisdom could be learnt from books.

I also really liked the Town Hall extension, built in a modern Gothic style in 1938.  The same architect, E Vincent Harris, designed the neighbouring library and Bristol's Council House (or 'City Hall' as we are now supposed to call it) but I much prefer this to neo-Classicism. 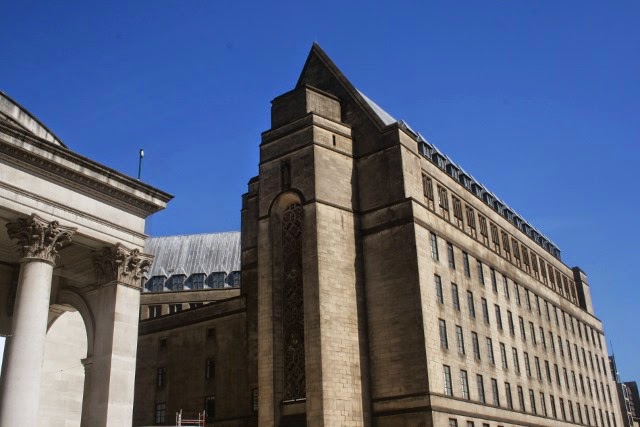 There were surely lots of other places to explore, had we had time, but Liverpool was calling loud and clear and so my first proper visit to Manchester ended after just a few hours.  Maybe I'll be back some time, though best not to leave it another 30 years ... 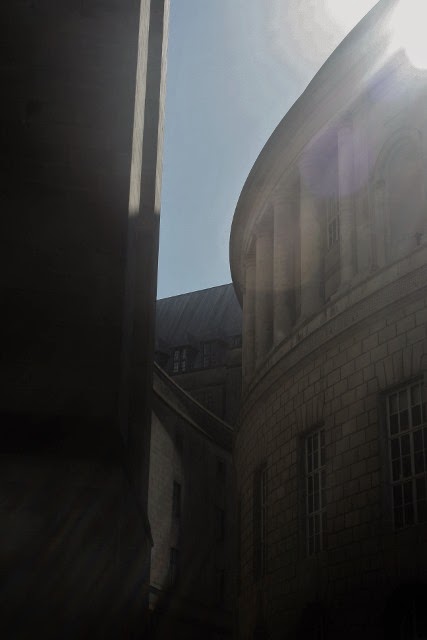 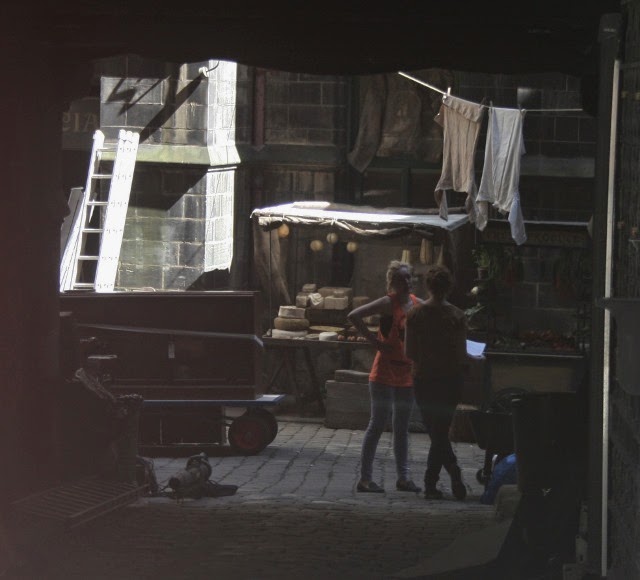 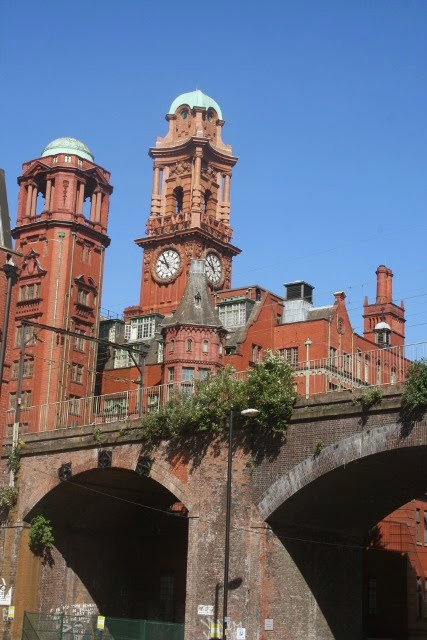 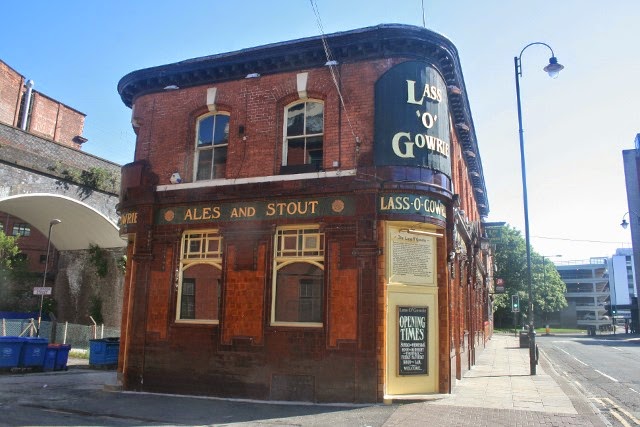 Posted by Deborah Harvey Poetry at 21:10