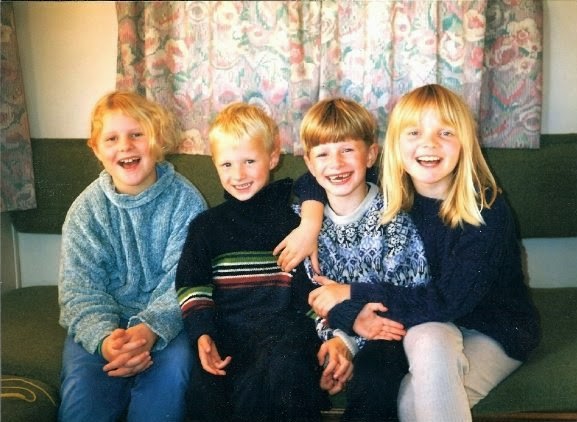 I'm posting this poem for World Autism Acceptance Day 2014, which was yesterday.  I wrote it a long, long time ago - around 1999, I think - when the two of my children who have autistic spectrum disorder were aged 10 and 8.  They are adults now and have exceeded all expectations of the medics who diagnosed them.  The neighbour who terrorised me every time I let my children into the back garden is still living two doors away.

There's still a long way to go before autism is accepted.  Certainly books like 'The Curious Incident of the Dog in the Nighttime' by Mark Haddon have helped, though I doubt Herr Nachbar has read it.

I still struggle to go out into the garden.

Four children in a photograph –
sisters and brothers –
all scrubbed, all dutifully gleaming.
So which are deemed deficient?
The camera doesn’t know.

But there you go
windmilling down our street,
and there’s our Nazi neighbour
who thinks that you are thick,
he tells me you should be locked up.

See how he battens down spent daffodils,
entrenches his French marigolds
with pissy little rings of slug pellets!
Let’s grub them up at midnight,
let malnourished molluscs feast.

Posted by Deborah Harvey Poetry at 09:38