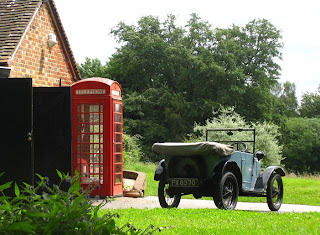 Surrey is relentlessly picturesque and so in-your-face about it that it made me want to issue it with an Asbo.  Though I did enjoy marauding around Gunter's Wood (second woodpecker of the week) and sitting by Hambledon village duck pond writing the first draft of a poem while waiting for my guided tour around Oakhurst Cottage.

Which was equally picturesque and furnished with improbably lavish chattels for a labourer's cottage, but we'll let that go. Because how could you not love somewhere that looks like this ... 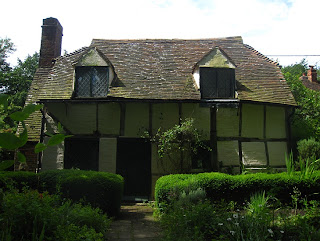 Luckily for me, I had the guide all to myself.  I told him the origin of the phrase 'upper crust' and he told me where 'sleep tight' comes from. 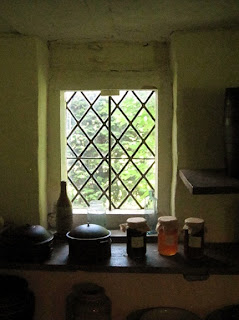 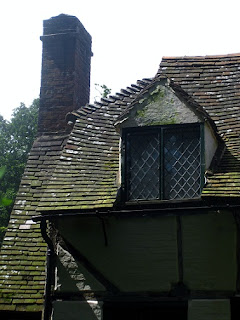 Then it was on to Godalming, passing on the way the Devil's Punchbowl (oh, the much loved paperbacks of my youth ... ) 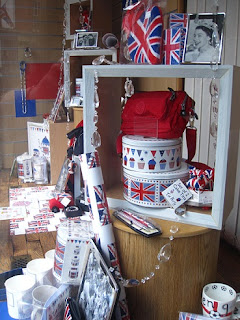 Once in Godalming I was unaccountably homesick.  Well, maybe not unaccountably - I think this shop display (one of many on a similar theme) had something to do with it, not to mention the lamp posts weighed down by Union flags.  And the plethora of antique shops which made it seem like a red brick tile-hung Cotswolds and are fine if you want to eat a Chippendale chair or bang in a nail with a Dresden Shepherdess.  Final straw for me was the brass band in the bandstand.  It was like being trapped in Trumpton.

In the Church of St Peter and St Paul, I really liked the twelfth century wall paintings,the 13th century oak coffer, some gorgeous Arts and Crafts tiles, and the fish graffiti, though I resented the fact that the graffiti was mentioned in the guide book because I prefer to find these things for myself.  I also didn't like that the Anglo-Saxon carved stones from the 9th century were in a glass case with very reflective glass, and chairs and a pew were covering a 16th century brass memorial carved with a fine-looking (from what I could glimpse) Elizabethan gentleman. 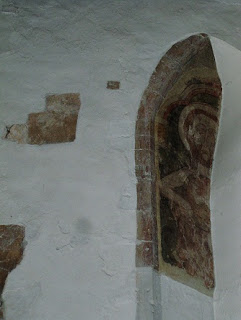 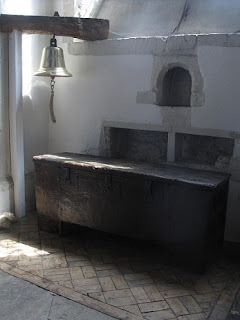 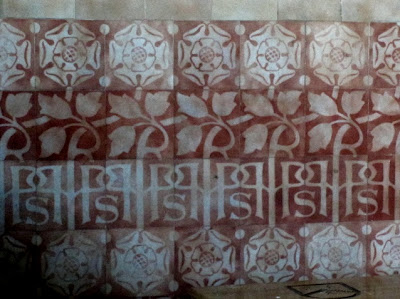 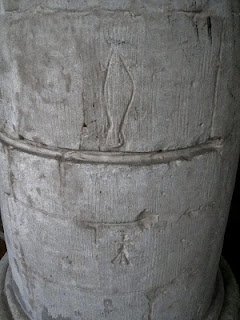 Add to this a slight biliousness when I learnt that the beam of the gallows used to execute two alleged murderers in 1818 was reused as a rafter in the spire and I was feeling downright grumpy.

I wandered along the bank of the picturesque River Wey, dotted with picturesquely fluffy ducklings and edged by magnificent but picturesque ornamental weeping willows. Then my eye lit on a wonderfully tussocky scrubby unkempt piece of land - three water meadows, in fact, called the Lammas Lands and still being used to pasture cattle.  This was more like it! 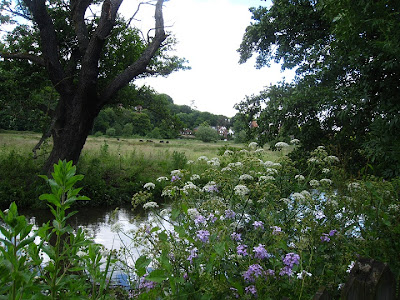 I climbed a stile and squelched across the marshy land.  Oh, it felt good.  I didn't even notice the brass band any more.  A little bit of wildnerness in the heart of Daily Mail land.

As I left, a stinging nettle kissed me goodbye and I treasured my welt all the way back down the M4, heading towards the sun and home.  Seems my roots are digging down ever deeper. 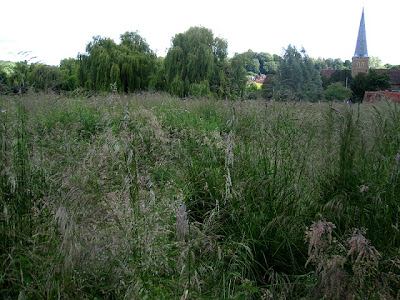 Posted by Deborah Harvey Poetry at 18:29