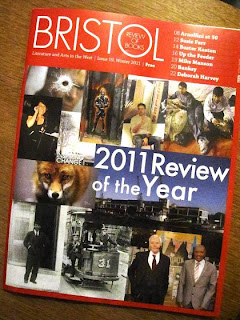 It’s always good to stumble on a surprise – in this case a hidden pulse of activity that has been just under my nose but I didn’t notice. A stone’s throw from me, the Halo Bar on the Gloucester Road hosts the Bristol Acoustic Nights – a fine mix of music and poetry, along with various related events including, the other week, the warmly communal launch of Bristol poet Deborah Harvey’s first book of poems, Communion. Interspersed with lyrical, intelligent songs from singer/guitarist Reg Meuross – a wonderfully calm, humorous and engaging performer – Deborah and friends read her sensuous yet precise poems.
These often unerringly home in on things close to home – families, relationships –
though also often getting there via historical or mythological themes which erupt suddenly and compellingly into the present. The poems are most successful when this happens – when Harvey manages to strike a kind of bright, resonant 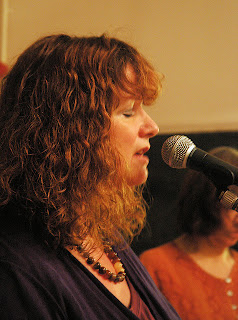 overtone of personal meaning from the old iron of
historical context. Such meaning is frequently just hinted at, present between the lines as much as in them – but you know it’s there by the charge of energy.
The title poem, for instance, subverts the 'warning against lust' of a mural in St. Winifred's Church, Devon, by describing in the most sensuous language the 'communion' (itself a clever subversion of a Christian term) of the lustful couple, who 'partake of each other...in sanctuary, chapter house and chantry'. A rampant paganism, oblivious of, or perhaps feeding on ecclesiastical suppression of sexuality, comes alight in the poem.  Even the 'thrust' of the devil's spear in the couple's sides is appropriated by a charged eroticism.
Poems often work through such tension or juxtaposition – two or more disparate elements playing against each other to create something alive and resonant.  A more overtly personal but similarly sensuous poem, 'Nettle Rash', starts from the straightforward and, one might have thought, unpromising process of making junket, to lift into a Proustian moment of sensuous memory in which the sting of nettles strangely enhances the immediacy of a sexual tryst:

Every now and then
I get out the milk pan
to make junket,
warming the milk and the rennet
to the temperature of blood,
then letting it thicken and cool.
Barely set and freckled with nutmeg,

and the memory of you,
tracing the nettle rash
staining the milkiness of my skin,
in the treacherous depths
of our thicket bed,
our lips stung with kisses,
our quickening breath.

After the first six, factual lines – essential for rooting the subsequent memory in the mundane, against which it is juxtaposed – the poem raises its ghosts in a single, increasingly breathless sentence (just one small quibble: a few unnecessary commas slightly impede the flow). The last, highly charged verse takes your breath away with its auditory culmination: ‘the treacherous depths / of our thicket bed’ with those thick, close-packed consonants – aptly conveying close, dark confines – suddenly kindles through the three bright i sounds of ‘thicket’, ‘lips’ and ‘kisses’ into a blaze of surprise in the word ‘stung’. Robert Frost said, ‘No surprise for the writer, no surprise for the reader’ – and it is moments like this that convey a truth that no logic can quite account for.
The best poems in this collection have a honed economy and complex simplicity. In ‘Duplicity’, starting from the mythological figure of Janus, who looks both ways – back to what is old and dead and forward to the new – Harvey again conjures the involuntary resurgence of a relentless sensuality. Note here too the highly sexual ‘sliding’ of the key in the lock and the way the shock of that single line compellingly changes the whole tenor of the poem:

She has eclipsed his eyes with pennies.
She has zipped his bloodless flesh in a bag and buried it.
She has painted her walls white.

Now his key slides in the lock.

He is as dangerous as buttercups
gilding their bane
at the turn of the stairs.

At times, some of the historical themes don’t quite find the personal resonance that gives life to a poem. For instance, one dedicated to William Morris, despite genuine feeling and a sensitive meditation on the relic of his overcoat, ends up a little lamely, telling us what to think rather than really conjuring meaning in us. But elsewhere, especially perhaps in her sense of generations of unsung women, Harvey shows historical awareness that invokes the past without merely enlisting it.
In ‘This Healing Hour’, about a grandmother to whom the whole collection is dedicated, she connects her own, dishwasher-aided life vividly with a very different and tougher past, and her own poems with the scribbled, pencilled verses on greaseproof paper of a woman who could only make time for writing by, for brief moments, ‘shouldering back’ her innumerable tasks. In her first collection, Harvey has, one senses, also shouldered away some of the difficulties of her own past – a number of poems hint strongly at the ending of an unrewarding relationship – to kindle some vivid poems in a new hearth of her own making. 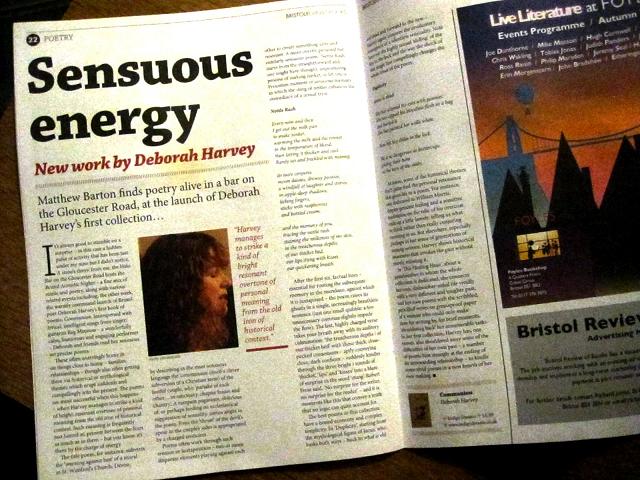 Posted by Deborah Harvey Poetry at 20:10