There is a world elsewhere

It's twenty-five days since we lost our Ted. We are keeping walking when we feel up to it, especially in the places we found during the lockdown, that were new to all three of us, and which brought solace then.

It seems inevitable to me that we'll soon all be back there again. Full lockdown, that is. Though not Ted. 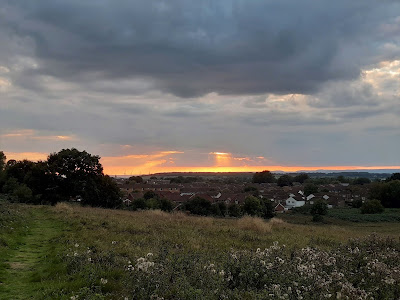 This is the last walk we went on. Ted had been off-colour over the bank holiday weekend, and I'd booked a vet's appointment for the Thursday, which was the earliest I could get him there. 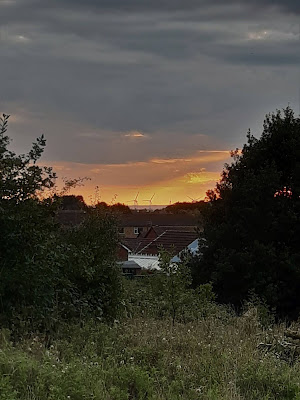 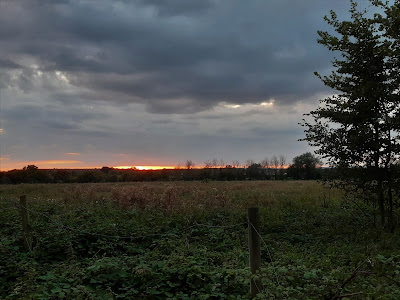 We'd driven from home up to the lane so we could walk as far as Charlton Common and back. The reason for this, we told ourselves, was because my hip was a bit niggly, though actually it was Ted who suddenly didn't have much energy. 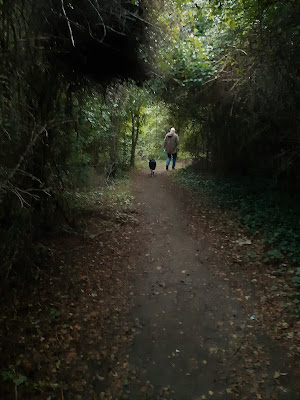 And when we got back to the top of the meadow, I slipped on ahead to bring the car up to the end of the lane, so he didn't have as far to walk. 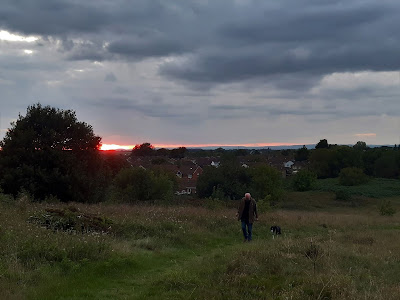 Even so, we had no idea he was as ill as he proved to be. 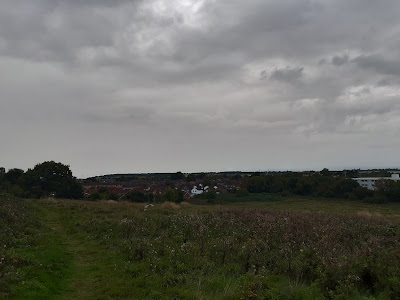 Since then we've walked there two or three times a week. Sometimes there's no sunset at all, and the scene matches our mood. 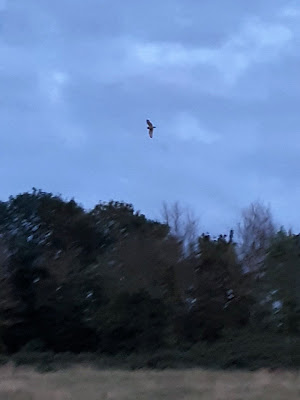 But sometimes we are given things that are very beautiful. Like the evening, less than a week after Ted died, when we watched a barn owl hunting over the meadow ... 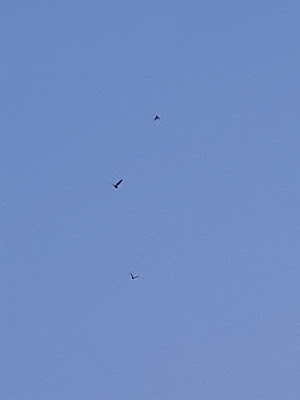 ... and being mobbed by rooks and jackdaws from the rookery, which it was scoping out back in April. 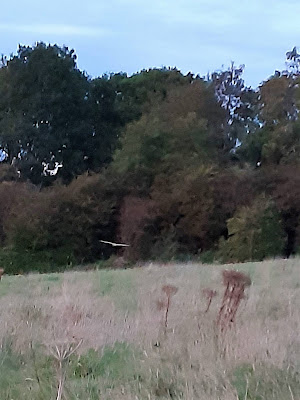 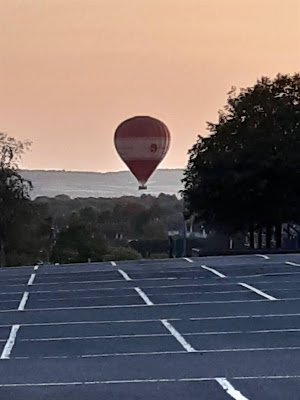 Another evening there were balloons ... three of seven that had taken off from Ashton Court and drifted north for once. (Ted would have hated them on account of the noise, but they felt like a gift anyway.) 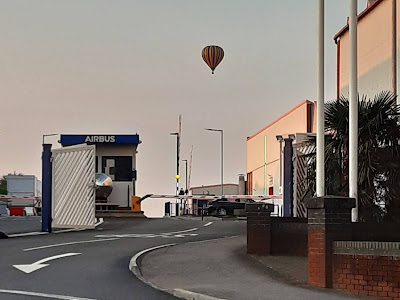 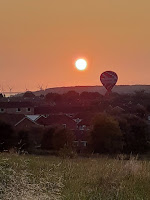 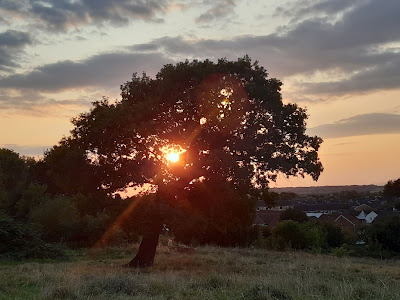 And to mark the Equinox, sunset in the oak tree ... 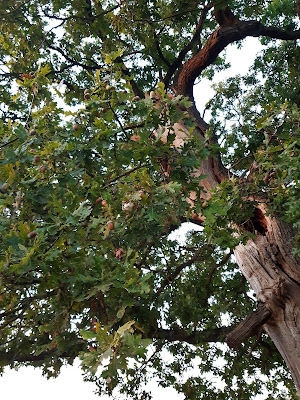 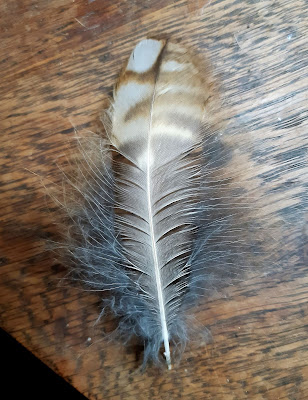 ... and the covert feather of a tawny owl. (Jinny and Chris tell me they know of several places on the Kennet and Avon canal where barn and tawny owls live in proximity to each other.) 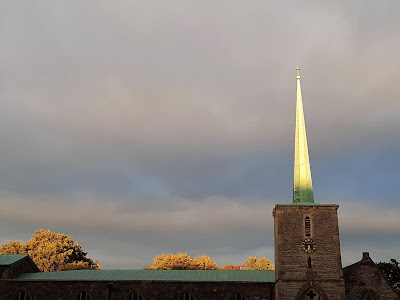 And sometimes there's just light, but we'll take that too.

We can never replace Ted, but we're not the people we know we are without a dog. 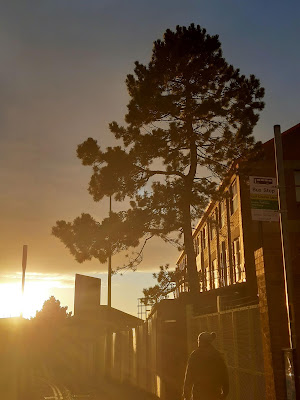 One day we'd like to adopt an old collie that has maybe lost its owner or not had a happy life and give it some wonderful final years.

And hopefully more than once, only not yet.  We think we still have enough energy for one more young dog, though it's doubtful a rescue would agree. We've heard specialist rescues are reluctant to place any collie with sixty year olds, which we very nearly are.

And it's true, we're not going to be belting around doing agility and flyball. (To be fair, we've never done that. Lots of walks are more our thing.) 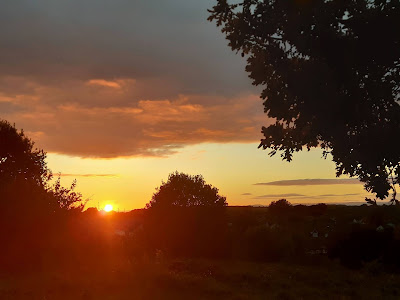 As for puppies, their price has gone up more than ten-fold in the eleven and a half years since Ted came into my life and my income hasn't kept pace. (Apparently, most of that increase has occurred because of the lockdown and people being home more and wanting a dog.) 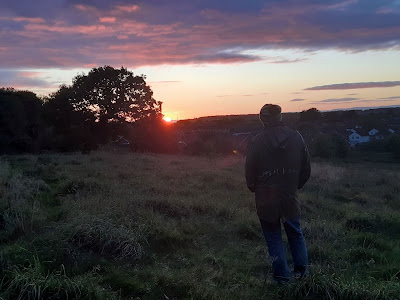 Maybe, like barn owls and balloons and feathers, we'll wait for a dog to find us, and when we do, we'll walk together in Elsewhere.
Posted by Deborah Harvey Poetry at 17:04