The Romantic Poets and Bristol: A New 'Lyrical Ballads'

Since I broke my leg, I've only got out of bed - or at least off the settee - for poetry.  A marathon 12 hours yesterday at Bath Poetry Cafe's annual event, Voices In The City, was preceded the night before by a remarkable gathering of poets at @Bristol, under the auspices of the Festival of Ideas.

Both Samuel Coleridge and William Wordsworth had links with Bristol, and so to celebrate Bristol's year as European Green Capital, 23 of the UK's most prominent poets were invited to respond to poems from Lyrical Ballads, for this reading and a two-part Radio 4 documentary.

The evening began with a series of introductions including one from Mayor George Ferguson, who spoke about how the evening would celebrate Bristol and the richness of its urban wildlife.  He also mentioned the city's commitment to promoting and developing poetry, especially for children.   Then it was the turn of the poets, the great majority of whom had been able to travel in person, to read their particular poem, each introduced by honey-tongued Ian McMillan, who also read a poem of his own.

Gillian Clarke, the National Poet of Wales, remarked that it had been a long time since she had taken an entire reading from her pocket, and indeed it was odd to see such luminaries as Makar Liz Lochead, Sir Andrew Motion, Don Paterson, Alice Oswald, John Burnside, Paul Farley, Fleur Adcock, Jean Sprackland, Ruth Padel and Sean O'Brien shuffle on and off the stage as if they were at school assembly.  As much as I was delighted by the opportunity to hear so many of our best contemporary poets, I wished the event had been divided into several throughout the year, so that the poets had a chance to introduce us to some of their other work, to give these new poems some context.  My guess is that it was done like this partly to create a one-night extravaganza and partly to facilitate recording, but after a while I began to feel slightly sick, as if I'd opened a big tin of Quality Street and eaten all the orange and strawberry creams, one after the other.

My favourite poem was Alice Oswald's elegiac description of a dead swan, which she'd passed on her daily walk for a month earlier this winter, as a counterpart to the rotting albatross strung around the neck of the Ancient Mariner.  It was a beautiful, startling piece and I am in awe of her fearless nose. 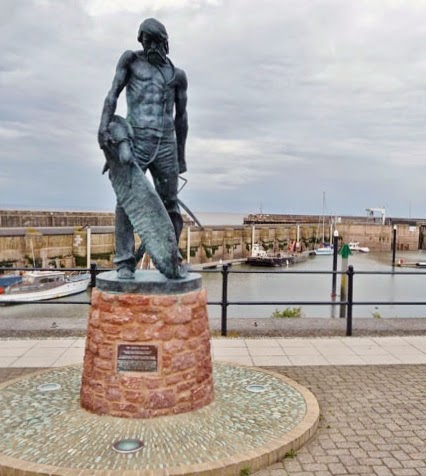 Other quibbles - no, actually, these are complaints - include the description of the evening as a celebration of Bristol and its urban wildlife.  In fact, the city was largely overlooked, and when it was mentioned, it was in reference to the natives' 'somnolence' or as being a place where its inhabitants 'slur their words like drunks'.  Of all the poets present, none were born in the city and only one lives locally.  As for Thomas Chatterton, our own Romantic poet, Wordsworth's 'marvellous boy', he was completely ignored. 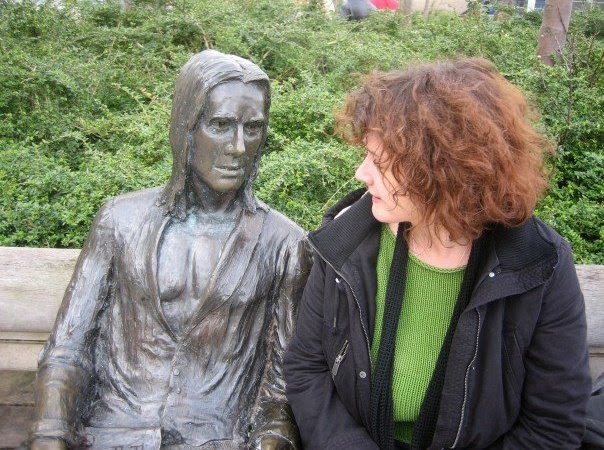 Finally, that far from promoting poetry, as the Mayor claimed in his introduction, the city council has this year ceased its funding for Poetry Can, the lone poetry development agency for Bristol and the south-west, thus jeopardising not only its programmes of work with school children and resident, council tax-paying poets, but also the biannual poetry festivals and the agency's very existence.  I saw quite a few seething local poets exit the reading, their faces almost as red as Mr Ferguson's infamous trousers. 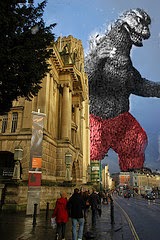 Posted by Deborah Harvey Poetry at 20:50