Carping the Diem in Lullington 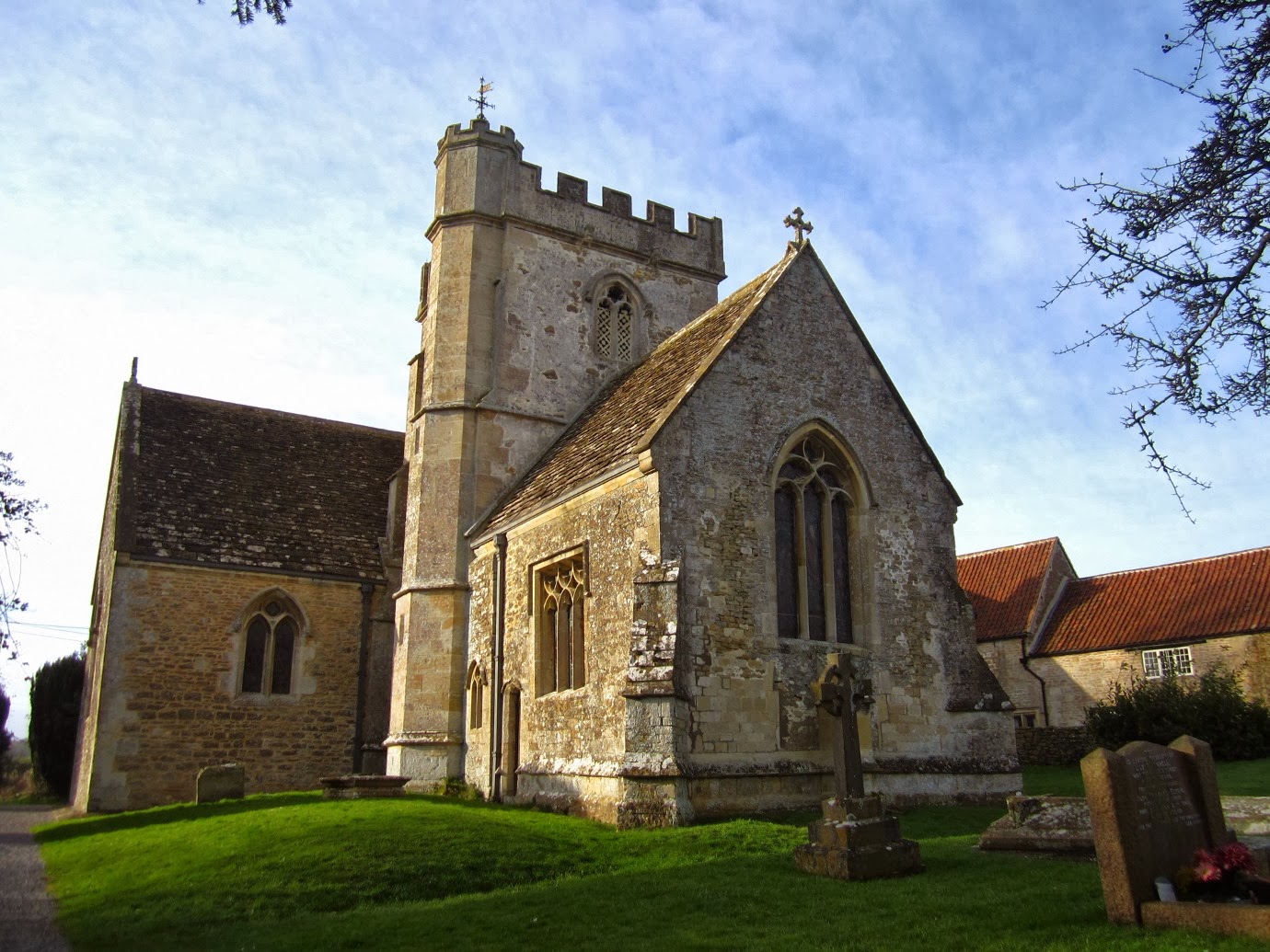 So, in the spirit of seizing the fish, when I found myself on the Wiltshire/Somerset border this afternoon, with an hour to spare between dropping Son the Elder off in Dilton Marsh and being due at potter Jan Lane's house to help her with some technolologickal stuff, I decided to return to Lullington - top of my list of places, some of which I absolutely finally need to get to round to visiting this year - in the hope of getting into the church. 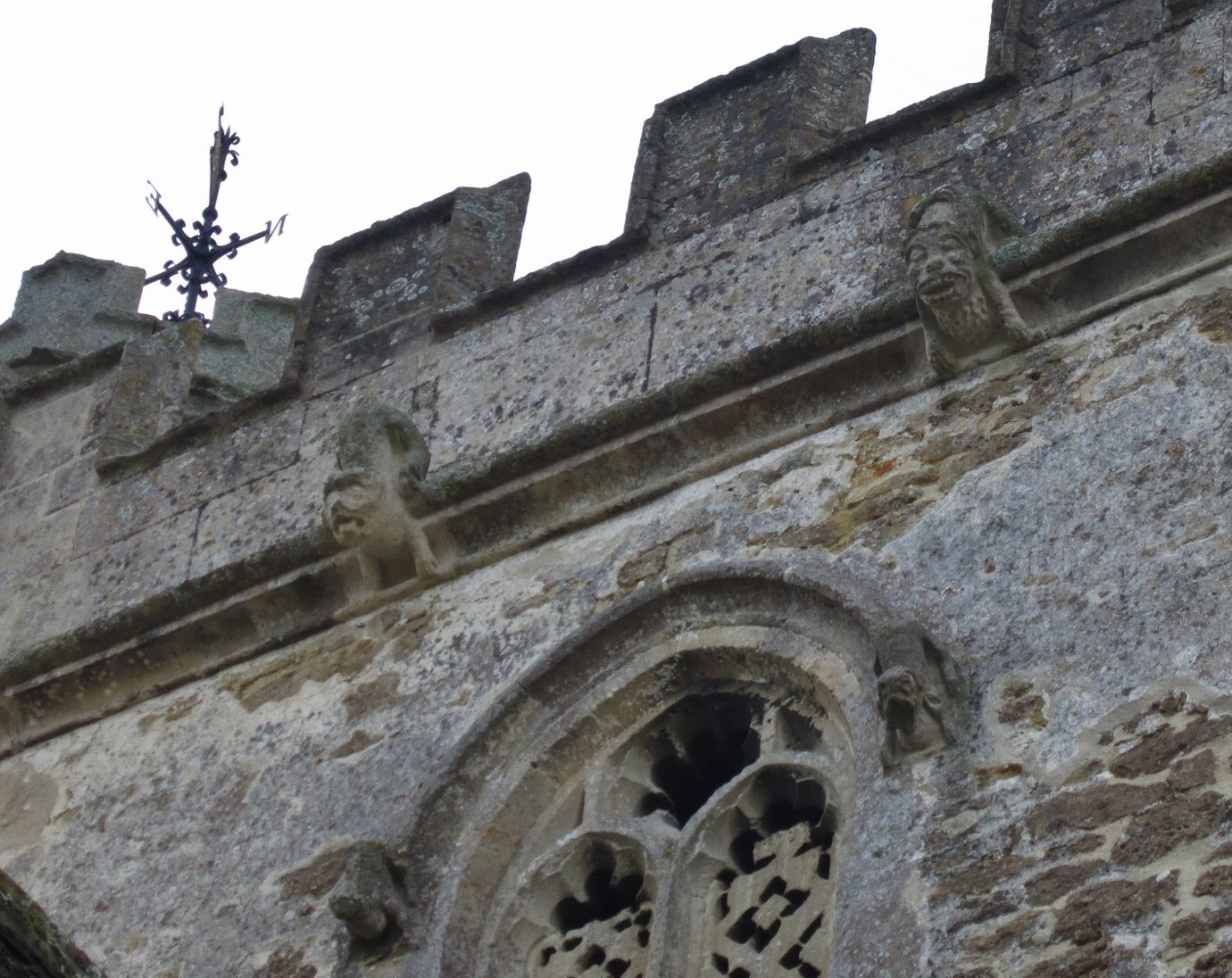 The Church of All Saints, Lullington, dates from the 12th century and is famed for its Norman carvings.  You might call these grotesques 'gargoyles', but in Somerset a distinction is made between carvings that serve a purpose and those that are purely decorative, hence they are 'hunky punks'. 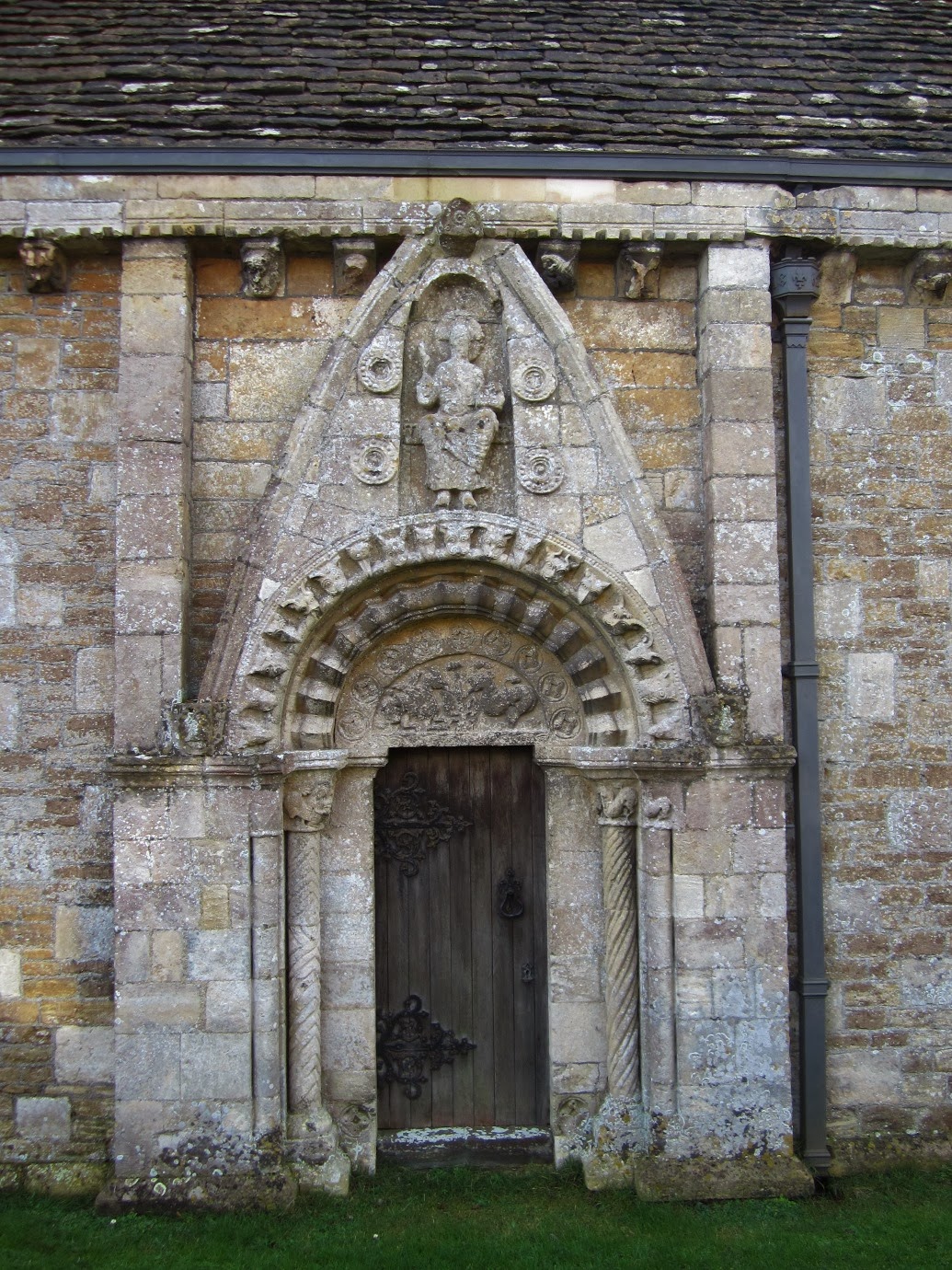 Externally, however, this is the gem - the spectacular North Door. 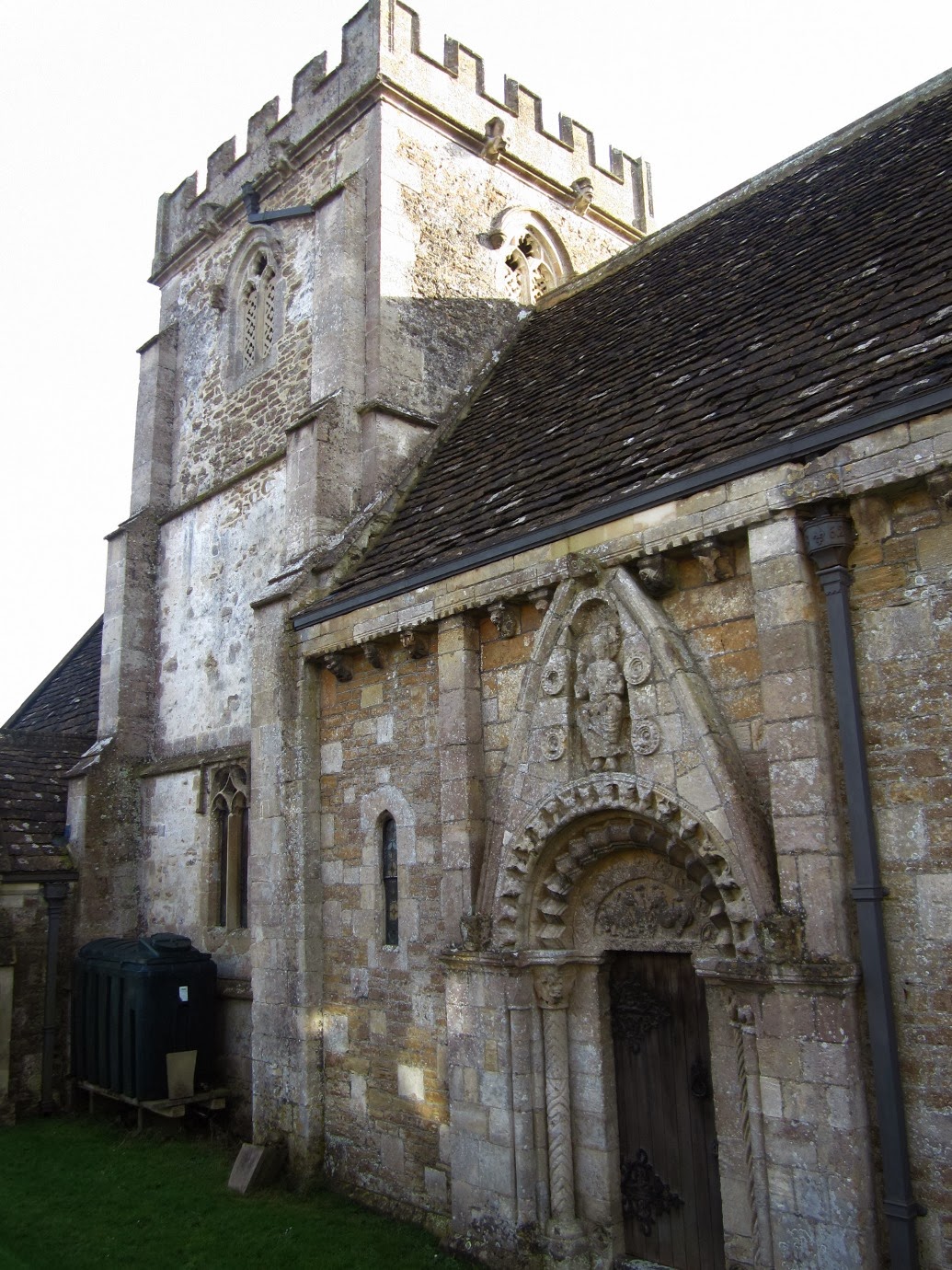 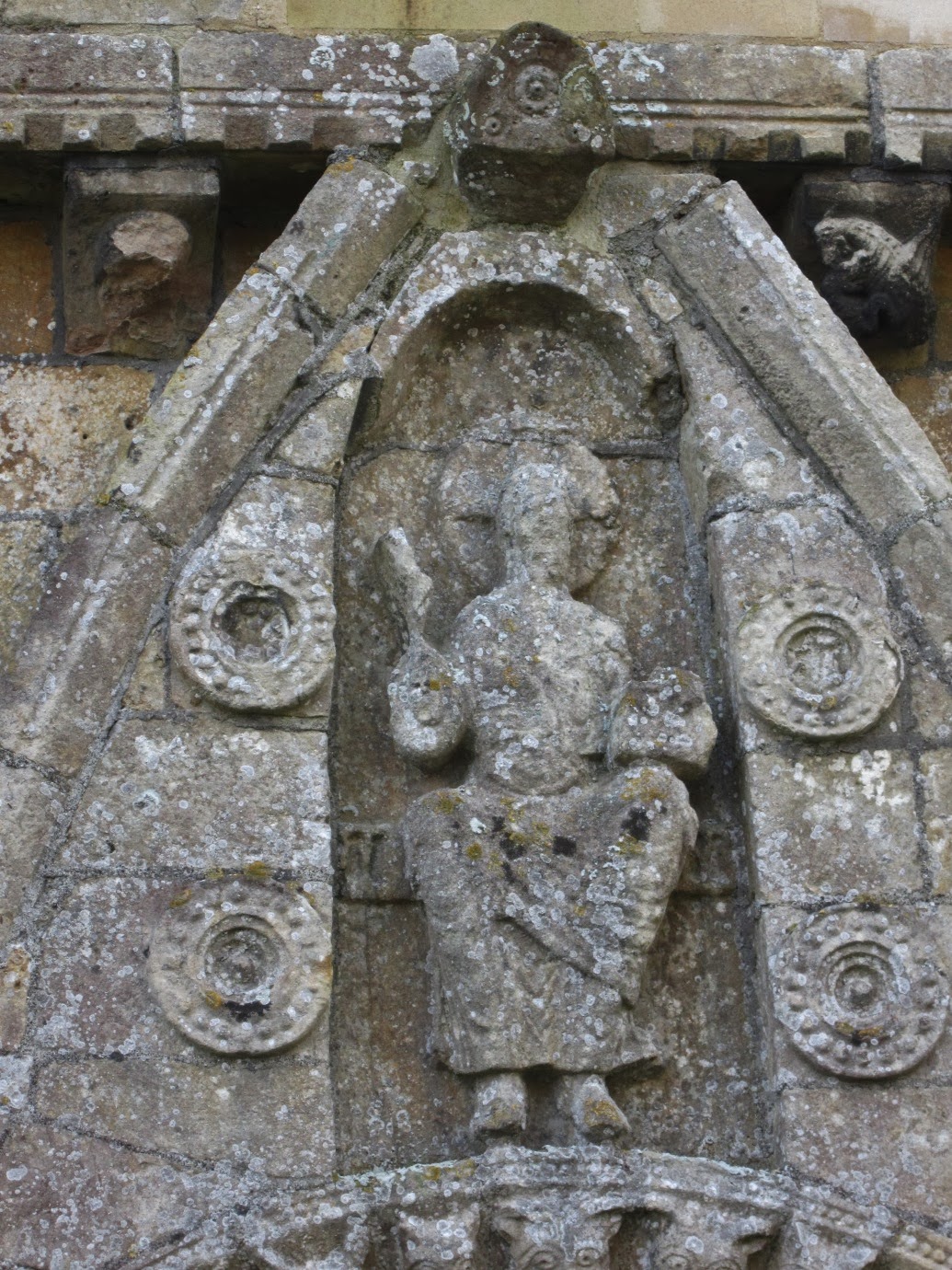 ... topped by a niche containing a sculpture of Christ in Majesty. 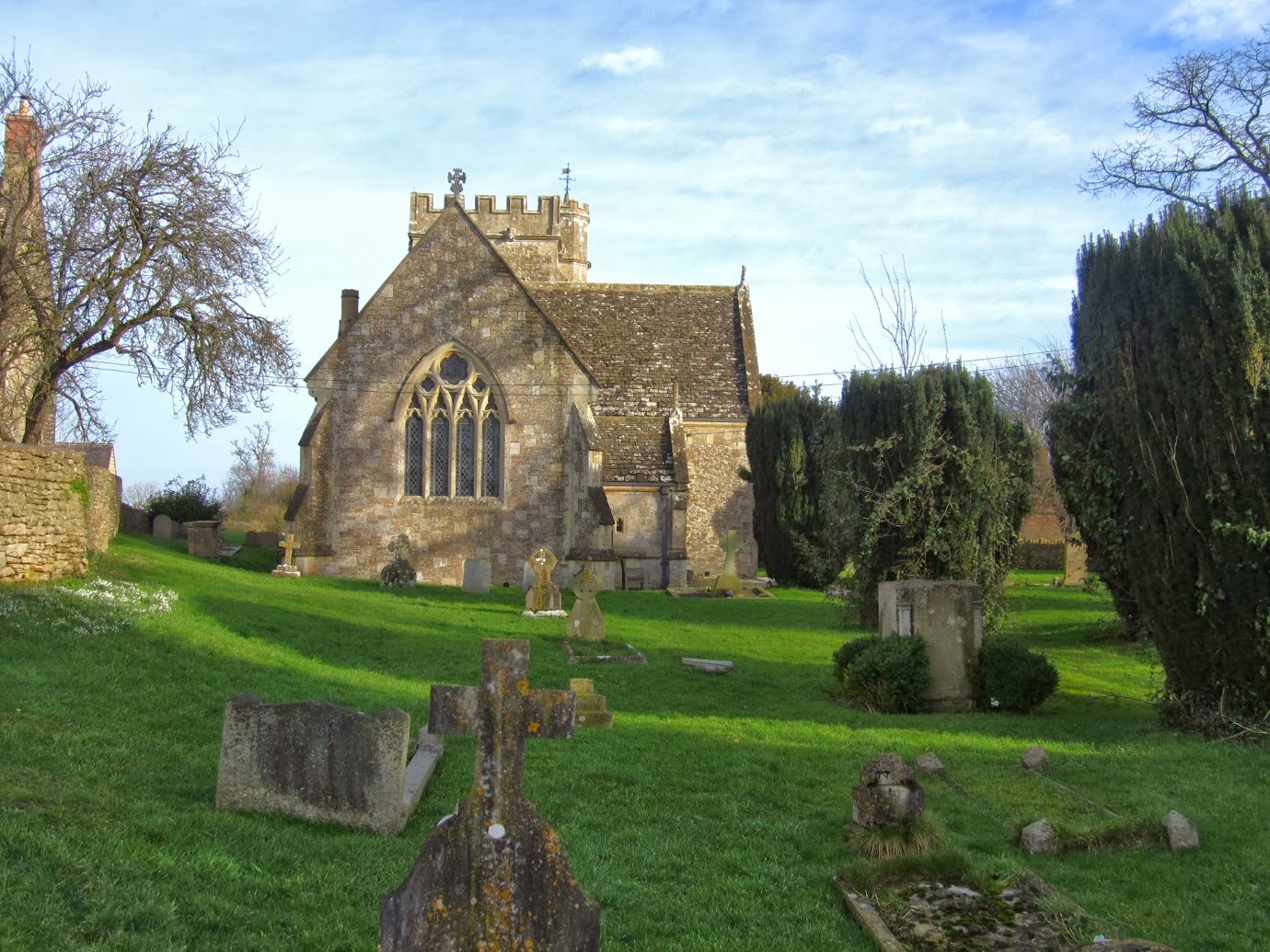 All this I had seen before. With luck today I would have time to find the keyholder and get inside. 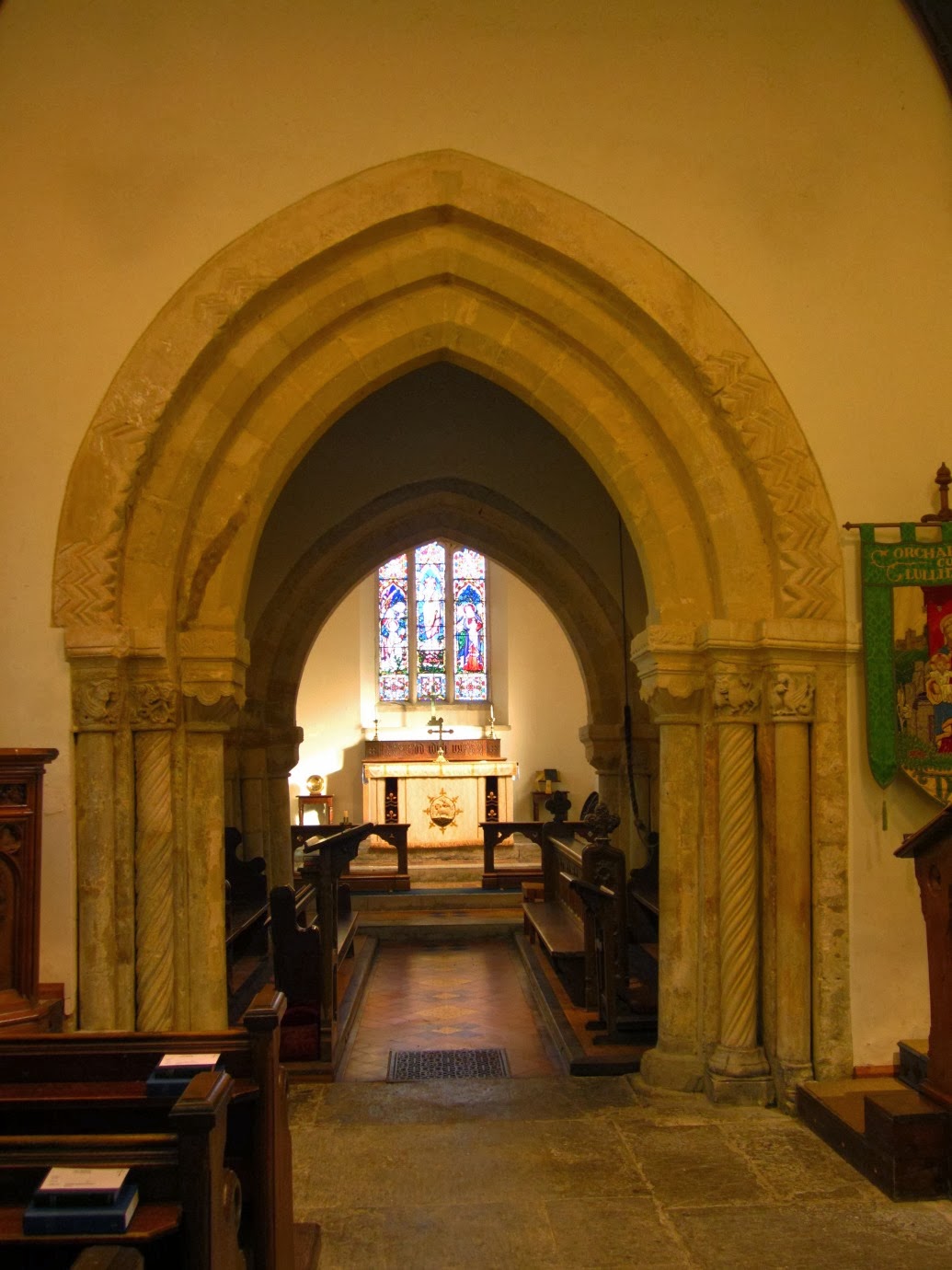 Gentle reader, I didn't even have to do that.  There was a car parked just outside the church, the door was open and a prospective bride and groom were being shown around by one of the parishioners. I slipped inside, rejoicing, to find this wonderfully wonky arch of Norman stonework which, at some point, metamorphosed into Gothickery.

And see how beautifully lit it is ... from light into the darkness of Choir into the light of the Chancel. 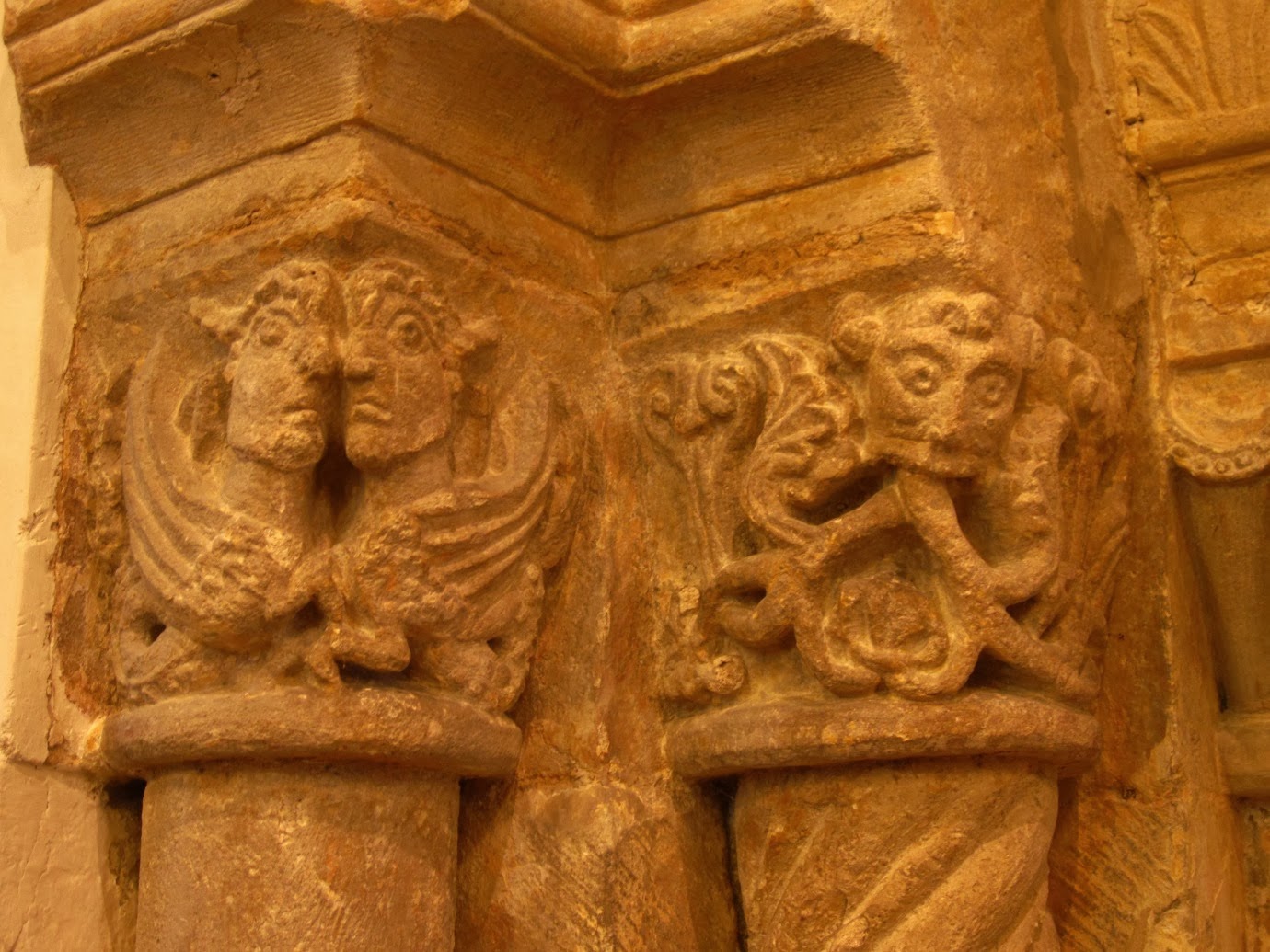 Here's a closer look at the crossing capitals, featuring two wyvern-type creatures with human heads and a green man ... 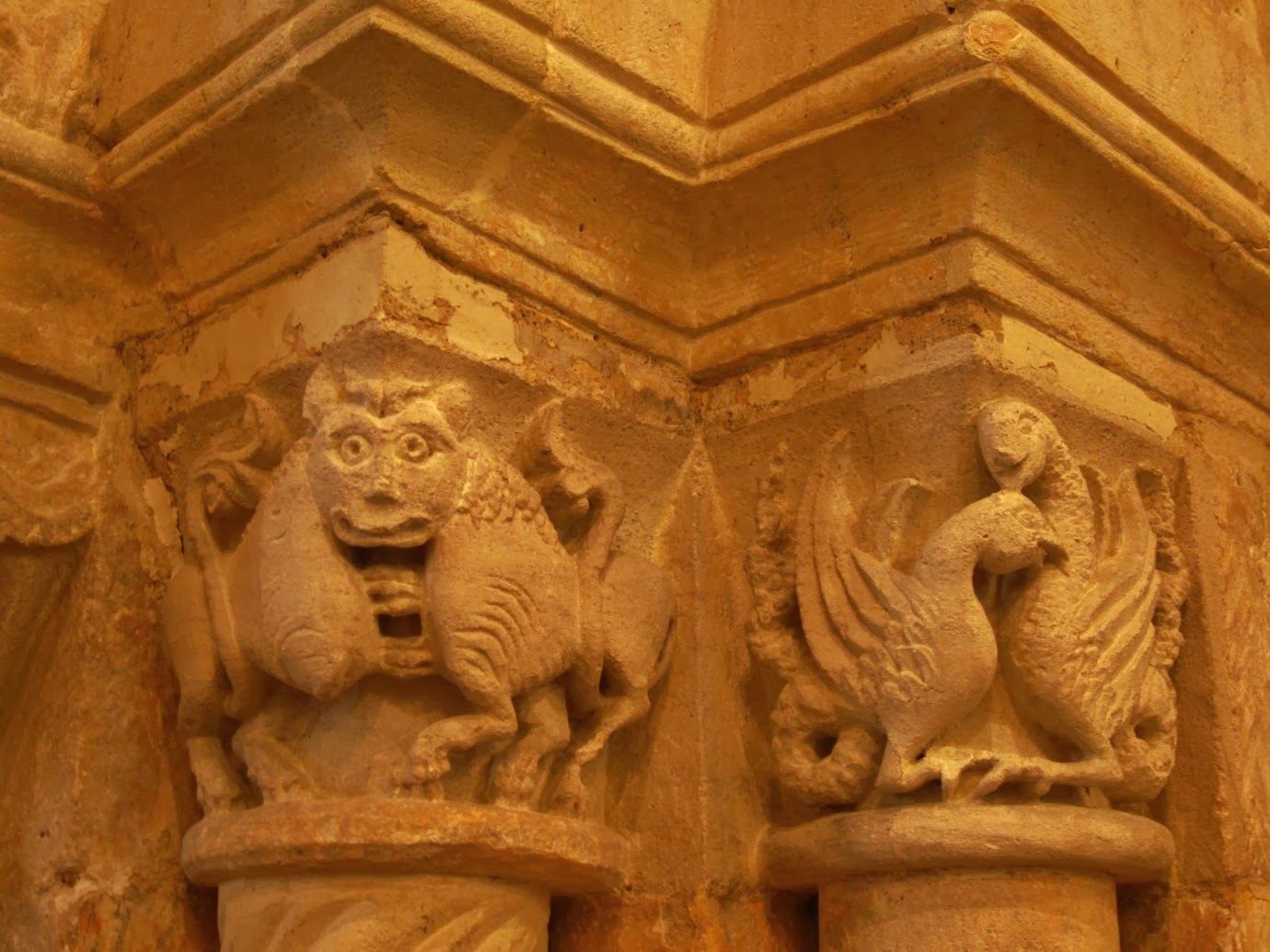 ... and something I've seen described as an ox with two bodies and one head, though they appear to me to have rather leonine feet and tails, and a pair of birds, perhaps, preening each other. 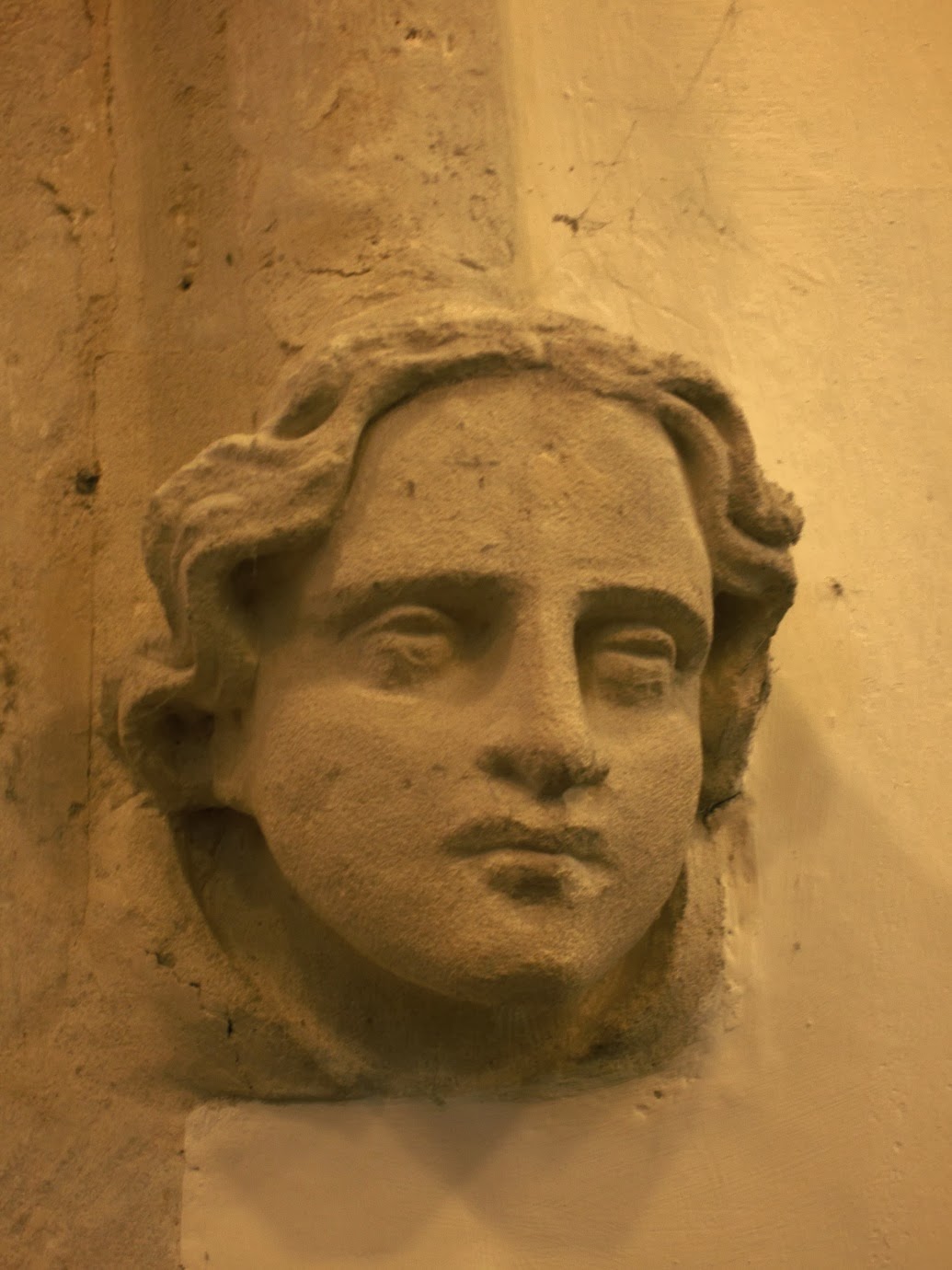 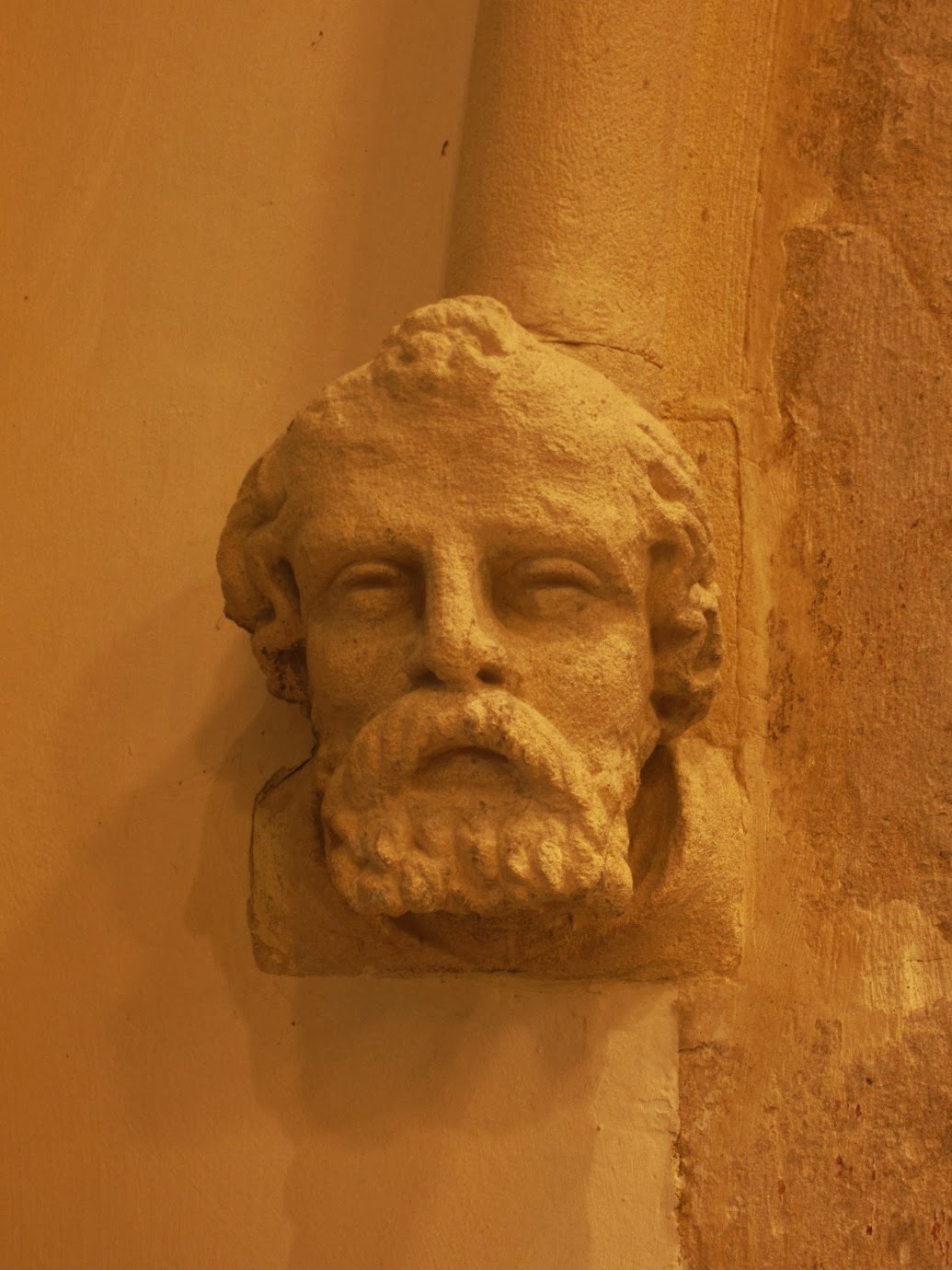 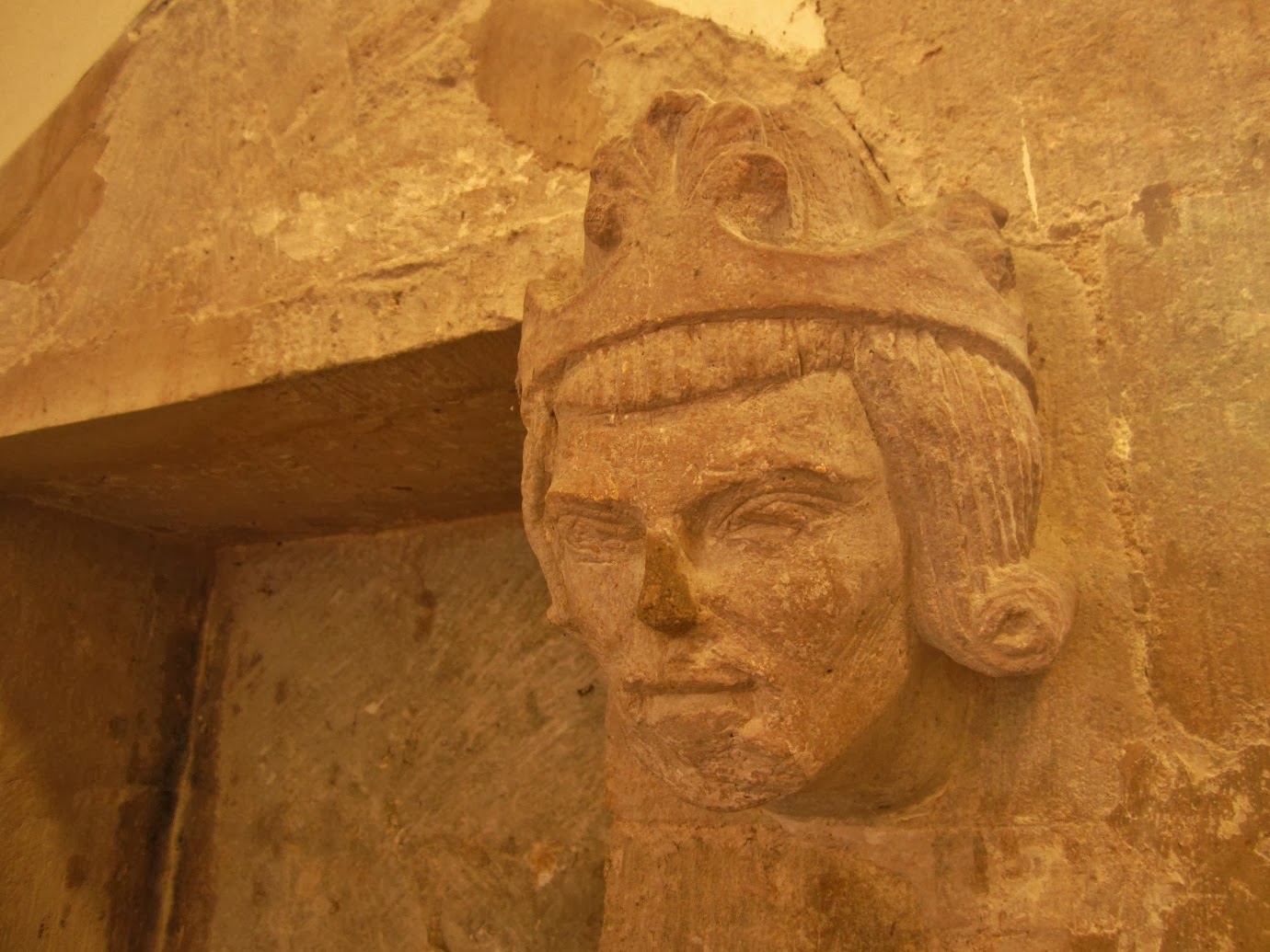 ... including a head reputed to be that of King Edward I ... 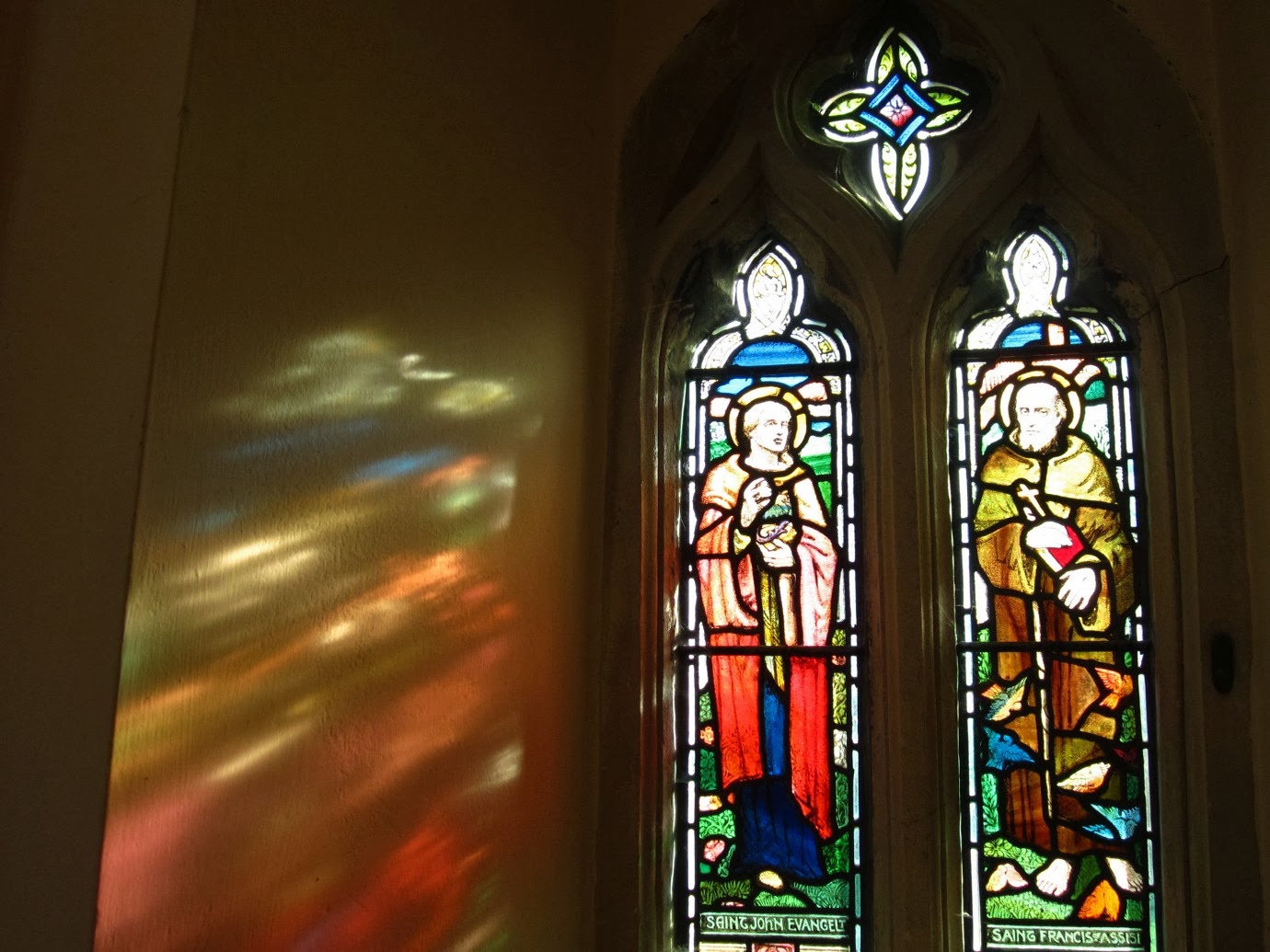 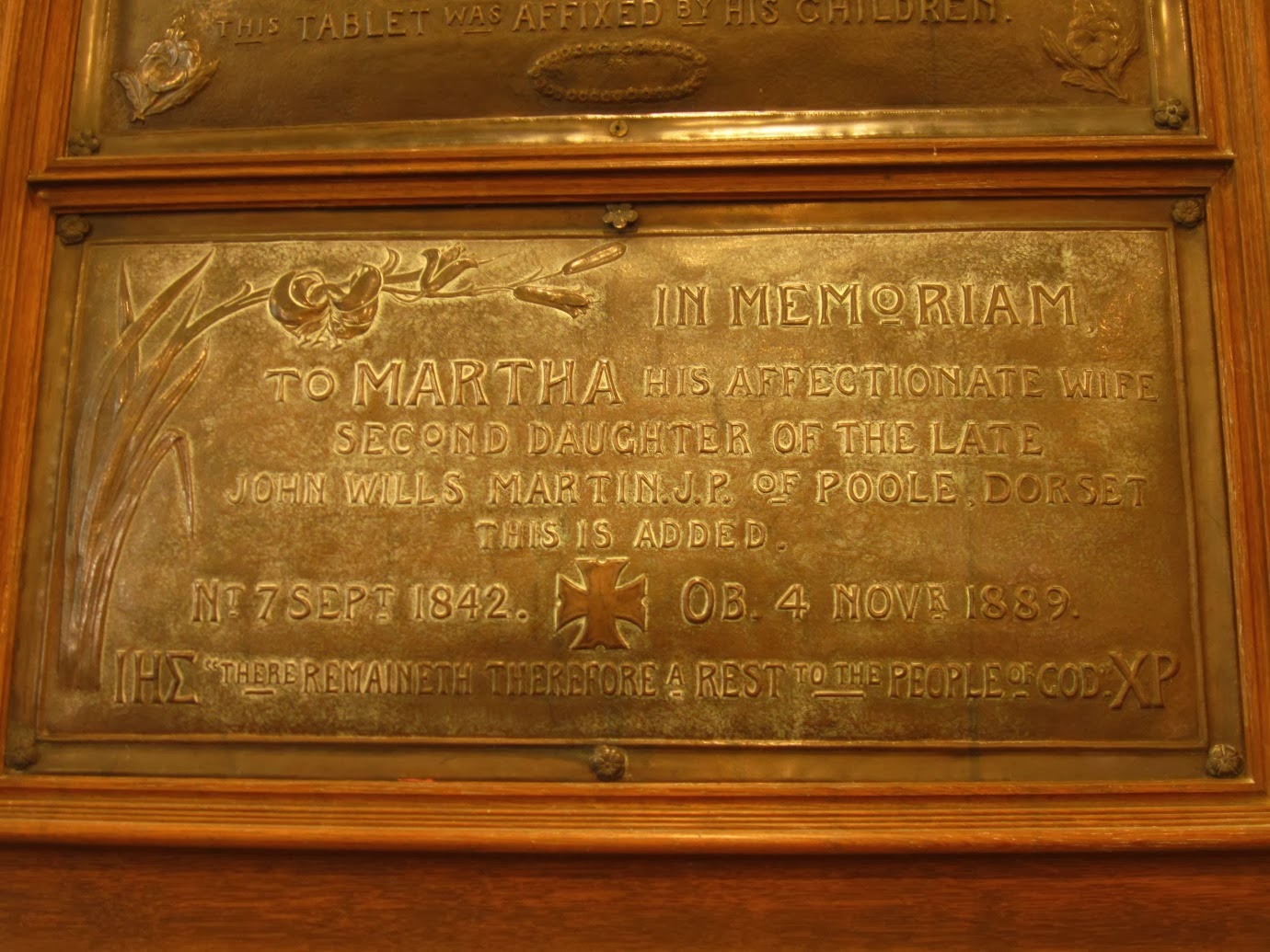 I loved this rather more modern Arts and Crafts memorial. 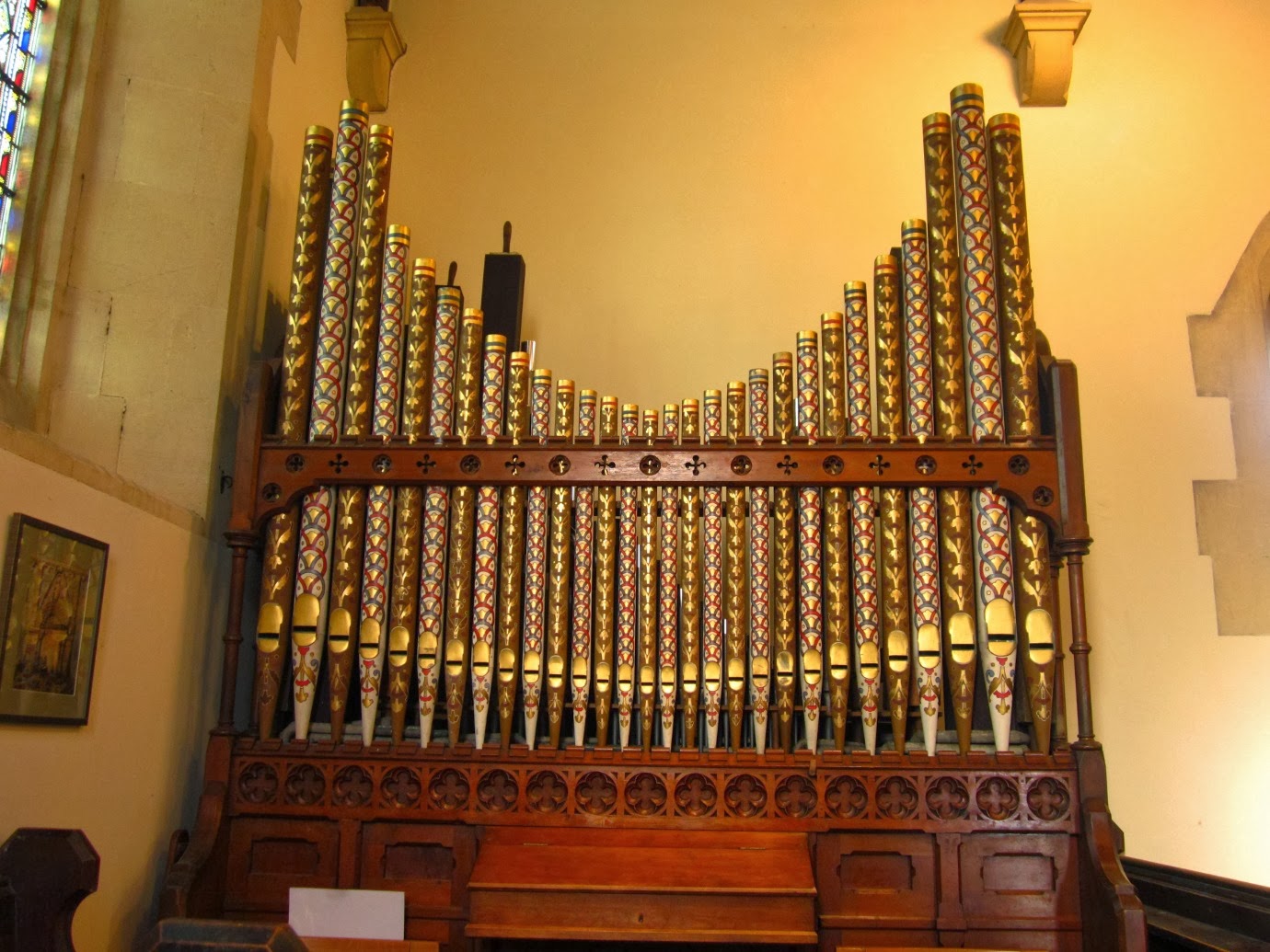 I adored the painted organ pipes. 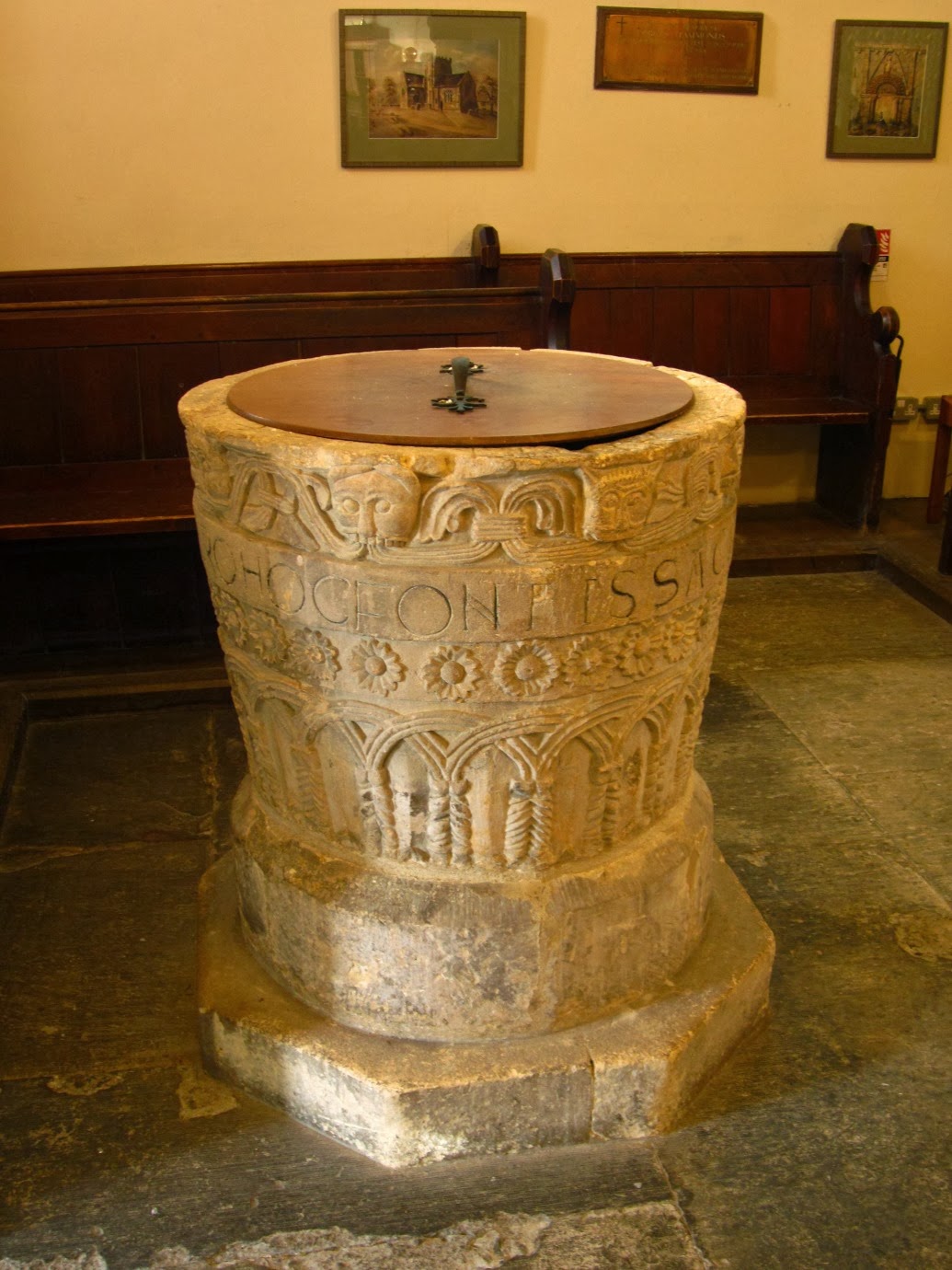 Oh but the best thing of all, inside and out, is the deservedly famous font - early Norman (c11th century), with interlinked arches under a frieze of flowers, and inscribed with the motto 'Hoc Fontis Sacro Peveunt Delicta Lavacro' - 'in this holy font sins perish and are washed away'.  (Still not sure how a baby can be said to have sinned, but there you go.) 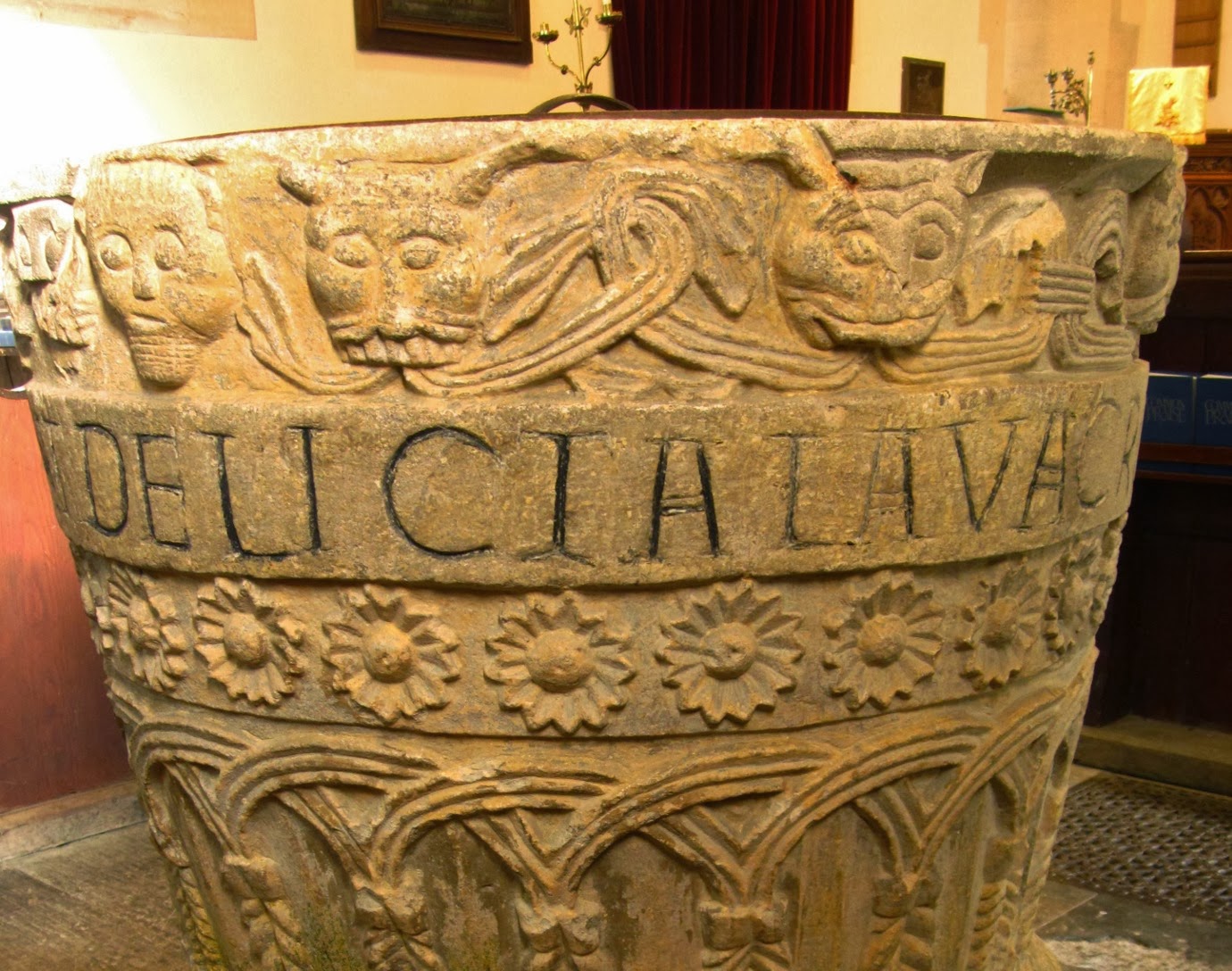 Above the inscription is another frieze of 'green cats', which, it is believed, were supposed to be lions but which were carved by stonemasons who'd never seen the real thing - a bit like the Elephant and Castle in Chester Cathedral. 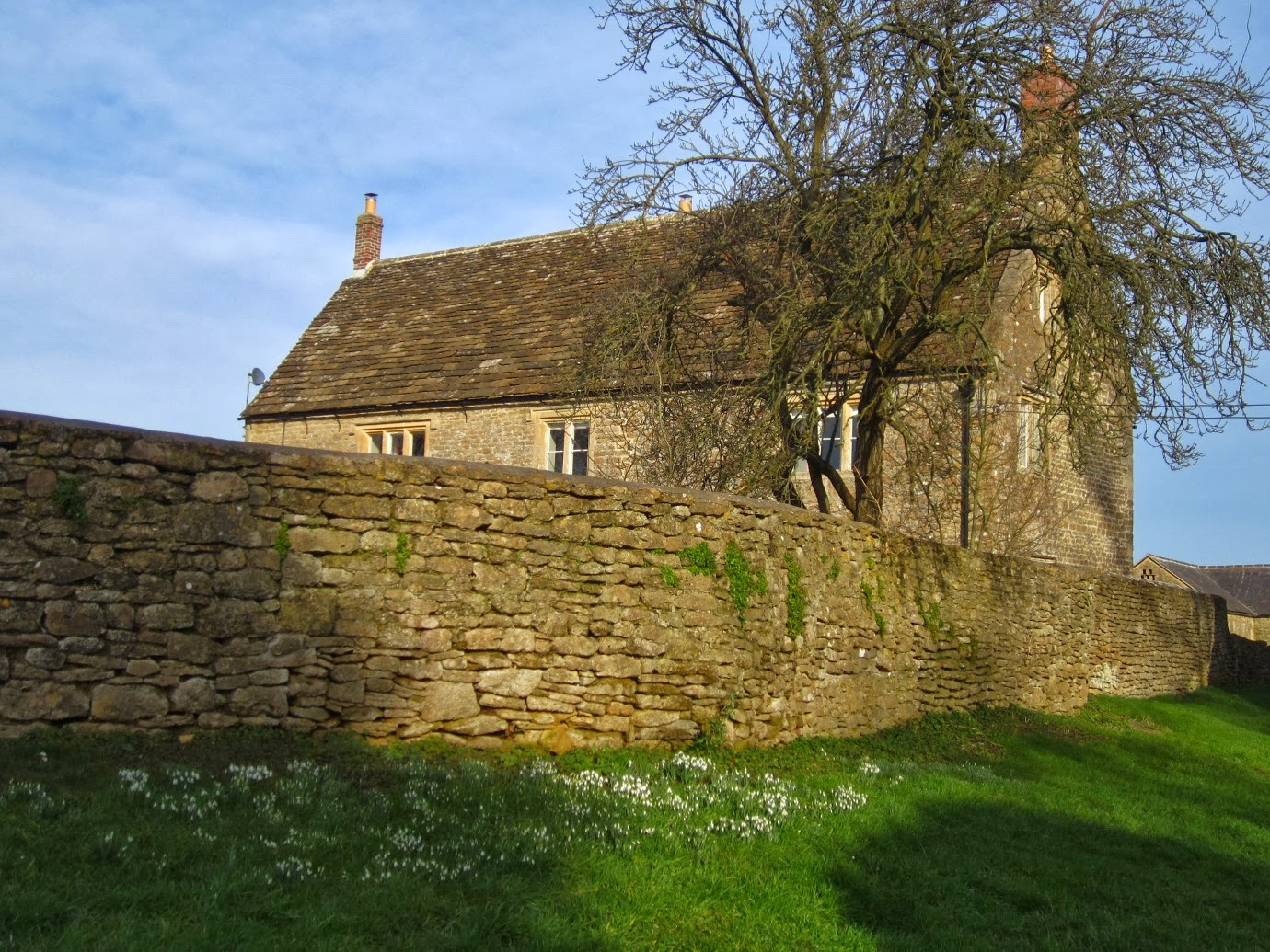 And finally some snowdrops to cheer me on my way. Forget winter ... spring is coming.


Posted by Deborah Harvey Poetry at 23:18