The turning back of the hour with its shuttering of days is always a melancholy time, made more poignant by the need to close up the biscuit tin by the sea until next spring.  Because how do you keep your spirits up without this? 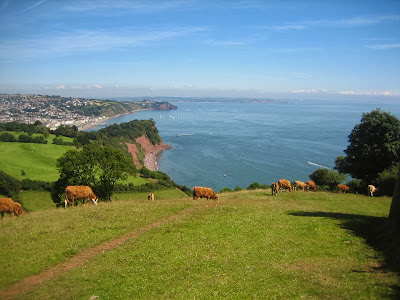 Today a couple of bunches of flowers laid the far side of the fence at the highest point of the Ness headland at Shaldon was a stark reminder that for some poor souls there isn't even the prospect of next spring, and I thought of a girl I remember now only as Katie, who was one of my sister's peers and who died at that spot - or rather 80 feet below it - in the late 70s. 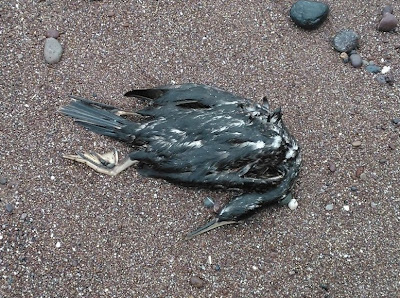 A cormorant lying dead on the Ness beach made me feel sadder still.

But Ted was having a great time, fearlessly chasing his ball into the sea and out again (funny how still, deep pools cause him great anxiety but swimming out of his depth in crashing waves holds no terror whatsoever), and this pairing of poems on the wall of The Ness House Hotel always raises a smile. 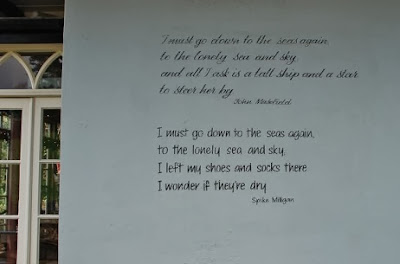 Winter is coming. Bring it on.

Posted by Deborah Harvey Poetry at 22:04